So here's what we've been up to

I shoot with the North South Skirmish Association and we were having a campfire discussion about the 2A and general state of affairs and what can be done. The consensus was that we need to work with youth to counteract the current tides and to build more interest in black powder/muzzleloading.

So the plan- several of us in the Carolina Region of the NSSA got certified as NRA Muzzleloading instructors and then volunteered to help at a local Scout camp for the summer. In most BSA camps, the number of certified muzzleloading instructors can be counted on one hand even if you're missing several fingers. We go up once a week while camp is in session. Morning and afternoons are spent doing Riflery Merit Badge sessions at the Mountain Man primitive camp range shooting muzzleloaders. In addition to the guns the camp has, we brought along Civil War era muskets to shoot. The folks at Schutzen powder donated powder and caps. S&S and Lodgewood have provided support to keep the muskets in top order. PJ Kelly of the NSSA donated the 5 muskets. Evenings after dinner we conduct an open shoot giving the Scouts the chance to experience shooting a Civil War era musket with live ammo. Our goal is to provide quality instruction in muzzleloading firearms, positive 2A, promote firearms safety and introduce kids to the world of black powder shooting and competition outside the confines of the camp.

So a couple pix of our activities- 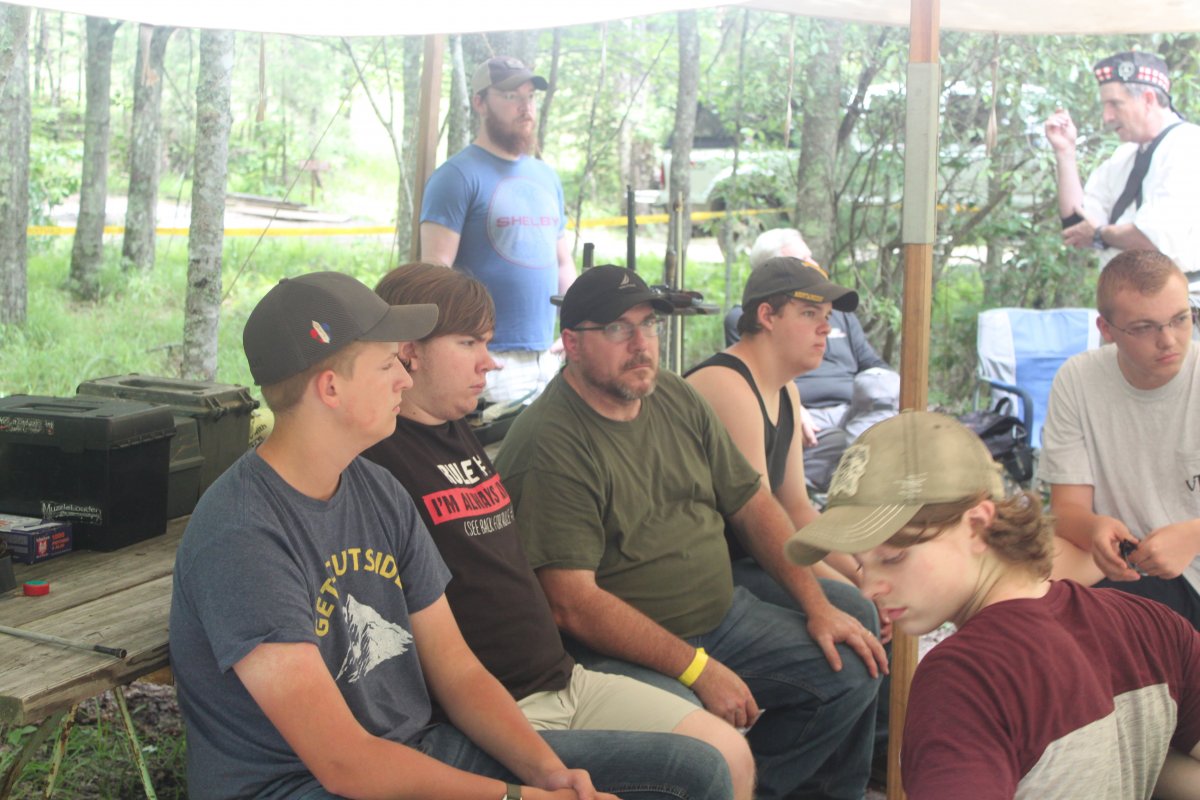 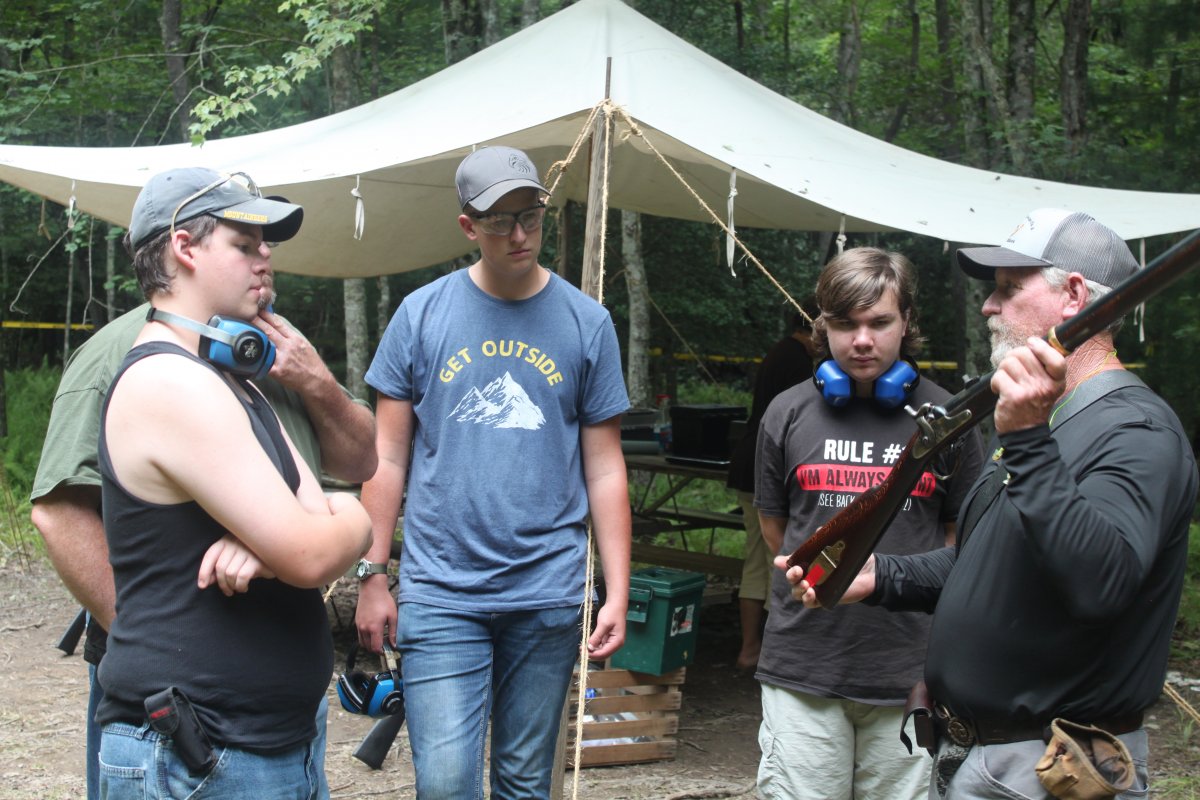 NSSA member instructing on marksmanship with Civil War musket. Take note of the guns not being shot in the left side. The kids showed a marked preference for the muskets. 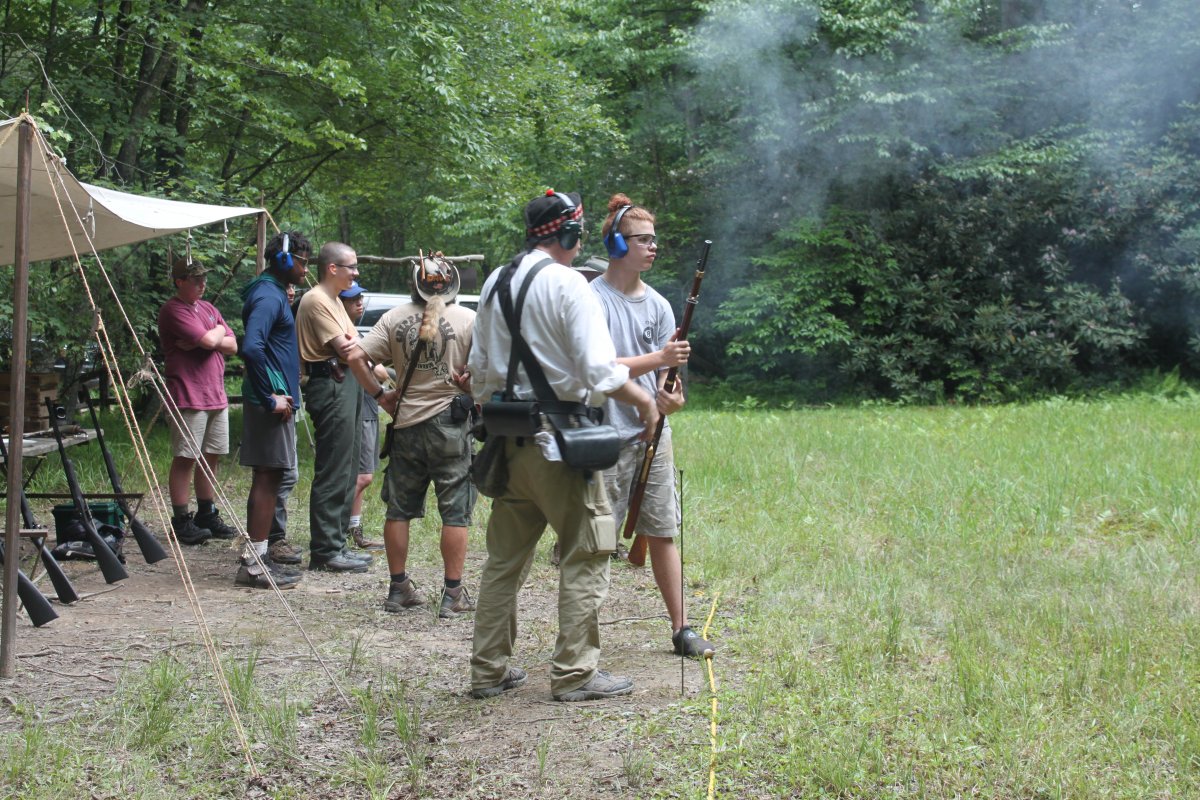 NSSA member instructing at evening shoot at the main range 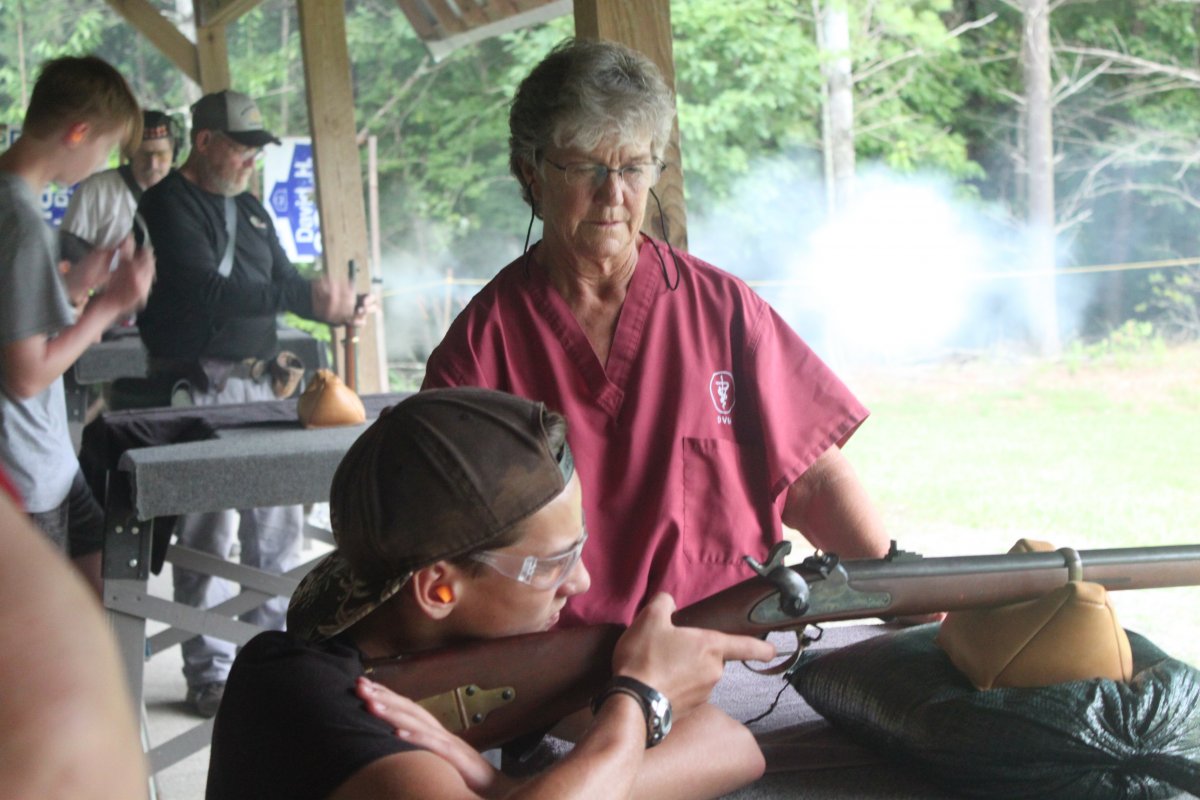 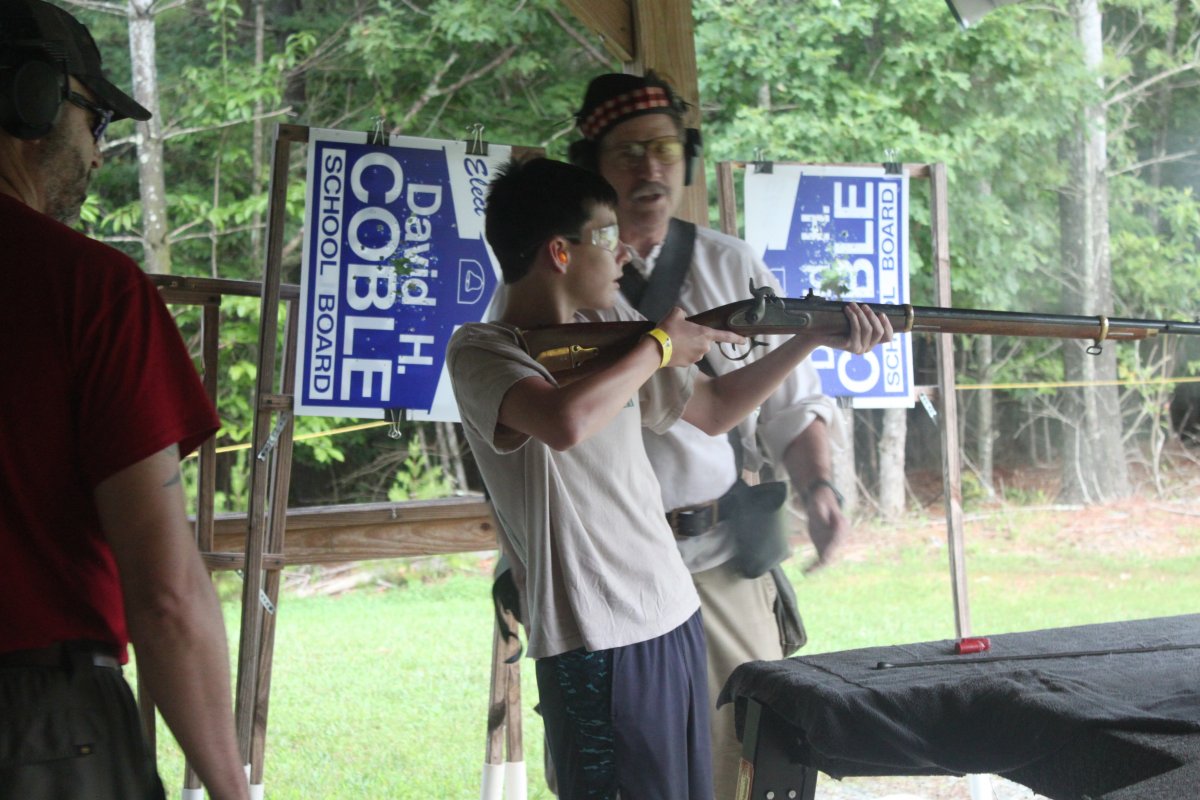 The sessions have been tons of fun and lots of work. The kids really enjoy the evening sessions where the target is an 8in gong at 50yd. When hit with a 22lr, it only "tinks" but a 58cal minie hits with quite a bit more authority. So much so that sometimes the gongs get knocked off the chains to the great amusement of the kids.

The merit badge sessions are where we can really get into marksmanship. Nearly every time, we start with a kid who cant' hit a paper plate at 25yd and get them to where they can pretty much center punch it with a Civil War musket. Then we start the "Cracker Challenge" The targets become "Ritz" crackers hanging on wires at 25yds and they're shot offhand. The kids get a great kick out this impromptu competition at a challenging target and yes, they can hit them very well, so much so, that we have to keep score to determine the winner for the day.

Yeah, we're busy. I haven't had much time to shoot for myself this summer but it's been worth it. We've helped improve the marksmanship with muzzleloaders of over a hundred kids this summer so far and we have 2 more weeks to go. Every time we're in camp, we get to interact with a number of Scouts in both the Mountain Man program and in the main camp and act as instructors and ambassadors to the world of muzzleloading.

Easy to complain, harder to do something about it.

I met one of the National Scout reps at the Shot Show this year. He gave me a little fact sheet that shows in 2017 at Philmont they shot over 31,000 BP rounds. They had 11,609 participants that were new to a shooting discipline. Total rounds fired with all guns was 139,342 rounds.

I have asked the Scouts to write an article about their shooting sports so we an publish it in Muzzle Blast, hopefully I can get them to write the article.

Dave, if you want to write an article on what your team has done, along with some pictures, I bet you lunch we can get it published in MB.

Fine work fellows! Doing gets more done then talking. I and the wife have let spectators at a number of public events shoot our muzzle loaders over the years. Often it was the first firearm they ever held. Man, woman and child came to realize that guns and gun people can be both safe and fun. Placing an article in MB is nice but if it was placed in a locale news paper or TV news it would be reaching the non shooting public as well.

I understand the idea of reaching the non shooting public, but the thrust of this effort is supporting youth shooting programs and by extension muzzleloading in general. We're trying to give kids a safe, fun positive experience with muzzleloading in the youth shooting sports venue. The issue is the severe shortage of qualified instructors who are also "muzzleloader guys" Most of the instructors I've seen, not that they aren't good people, just aren't really passionate about shooting muzzleloaders and black powder and they're instructors because their org needs someone to fill that role.
C

I put on a muzzle loader session for our local Council a number of years ago, and taught it at Scout Camp for our Scout Troop a number of years. You're right about the number of instructors that were shooting instructors AND ML'ing guys. what I found was that often the participants are totally new to the shooting sports, and the distraction and intimidation factor of big bore ML'ers (and the procedures) were a bit overwhelming to the total newbies. They are best suited to somethng simpler, like .22 rifles or air guns.

With the Scouts that had done a fair amount of shooting already, most found it fun for a shot or two, but then went back to the suppository guns so they could get more trigger time, and less loading time.

I think the difference in what we're doing is that the Scouts in the Mountain Man program are already 14+, they are closing in on Eagle, and they want the 19th century firearms experience with muzzleloaders. I'd say about 1/4 of the Scouts we've had so far have the Riflery Merit Badge already but in every case, they've expressed a desire to do it all over again but with black powder. They are in "Mountain Man" after all.

Last camp session for the summer

Well another one is completed