Man that's cool, only wish I had a place to build one.

The house by the pine 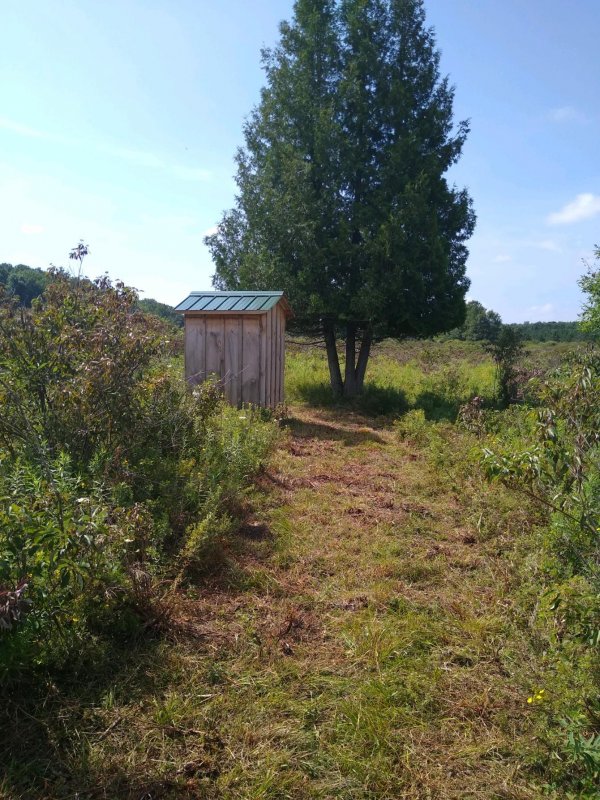 I like to sit on the dock and fish in the evening when the lake is calm, the fish seem to bite good at that time 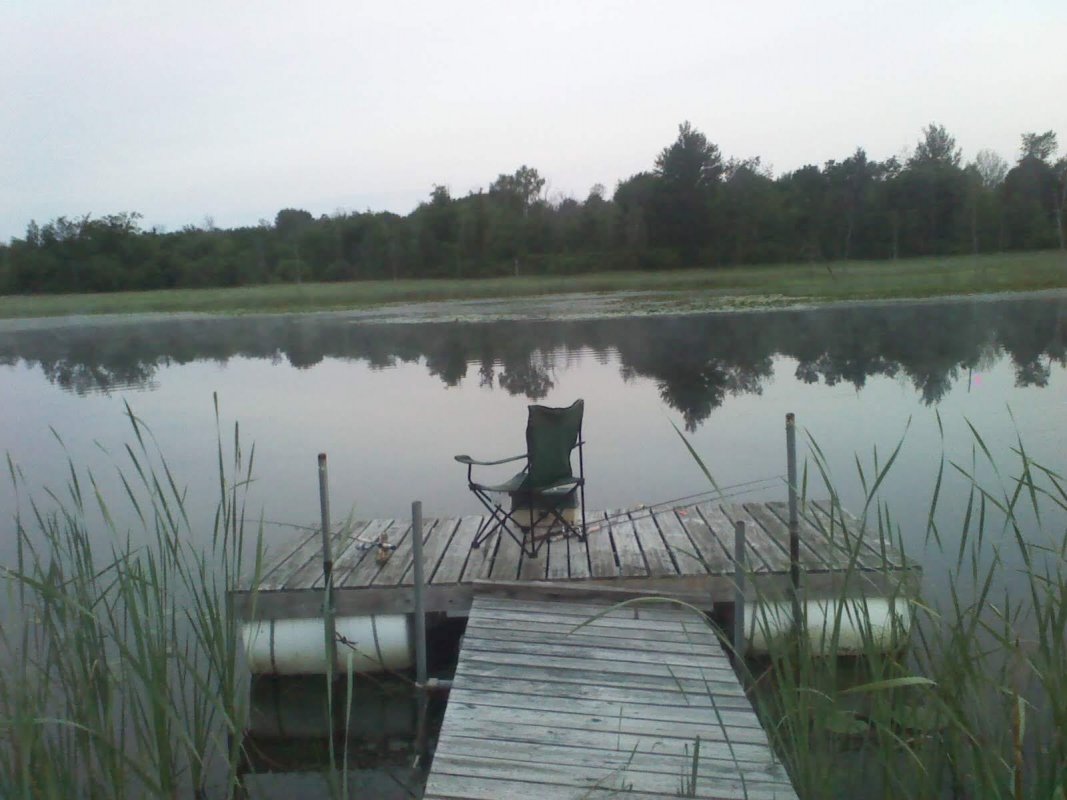 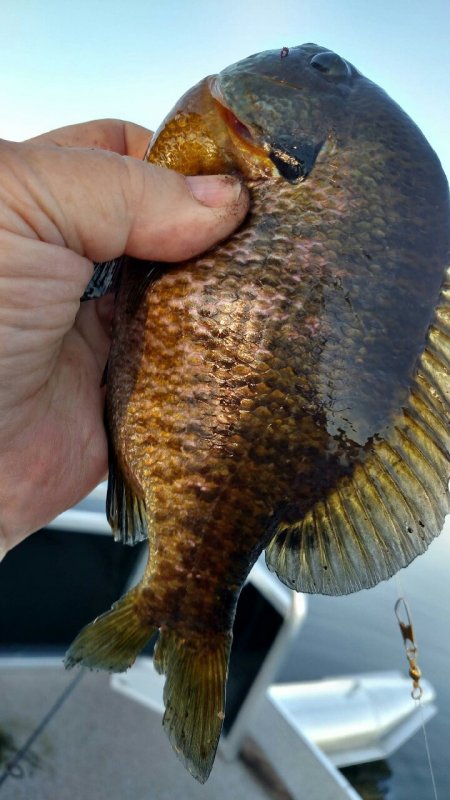 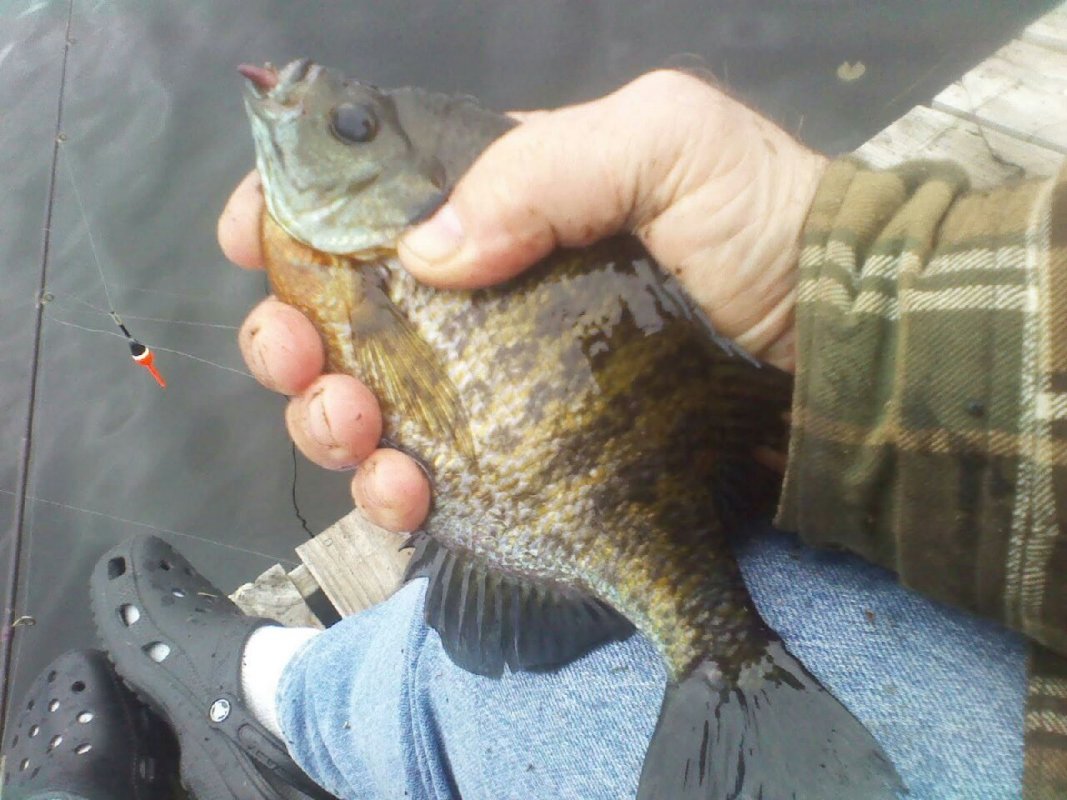 Very nicely outfitted, looks cozy with a beautiful setting. Love the baby pontoon, that is a hoot!

"It took me a little over 2 years, plenty of sweat and cussing
"
Looks really nice!
Any project that size comes complete with a litany or cuss words to use at your discretion!

Lobo said:
I bought this cast iron wood stove and will be installing it in a few days. As you can see it has two removable lids on top for cooking.

I have one of those exact stoves, only mines an antique...it was my great grandpas and was used in his 20x20 cabin in Marquette Michigan. After he passed the property was sold, I was able to hang on to the stove. It’s small but MIGHTY! It heats a 14x14 insulated shed up in no time and run you out! I’m getting ready to buy or build another shed for my new property and the stove will be used again.
C

That’s definitely a beautiful place! If I owned it no one would probably ever see me again

Super cool Lobo. Love it. A little advise. Get yourself a few antique Aladdin lamps from the ‘30’s. They run on #1 Kerosine and can be dimmed to about an oil lamp and as bright as a 70 watt bulb and put out a ton of heat. Two will heat your cabin to bearable in the winter. Heres one of my ‘Caboose Lamps’ fit with the original shock proof mount. 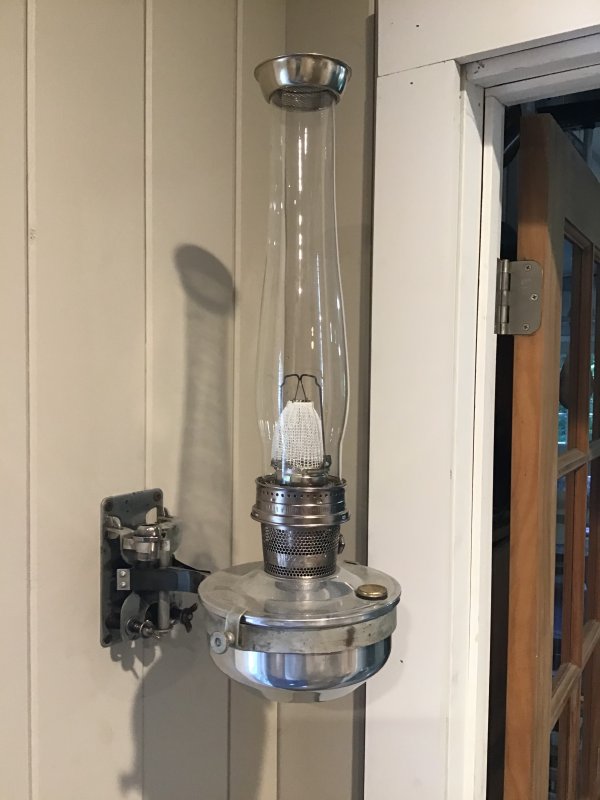 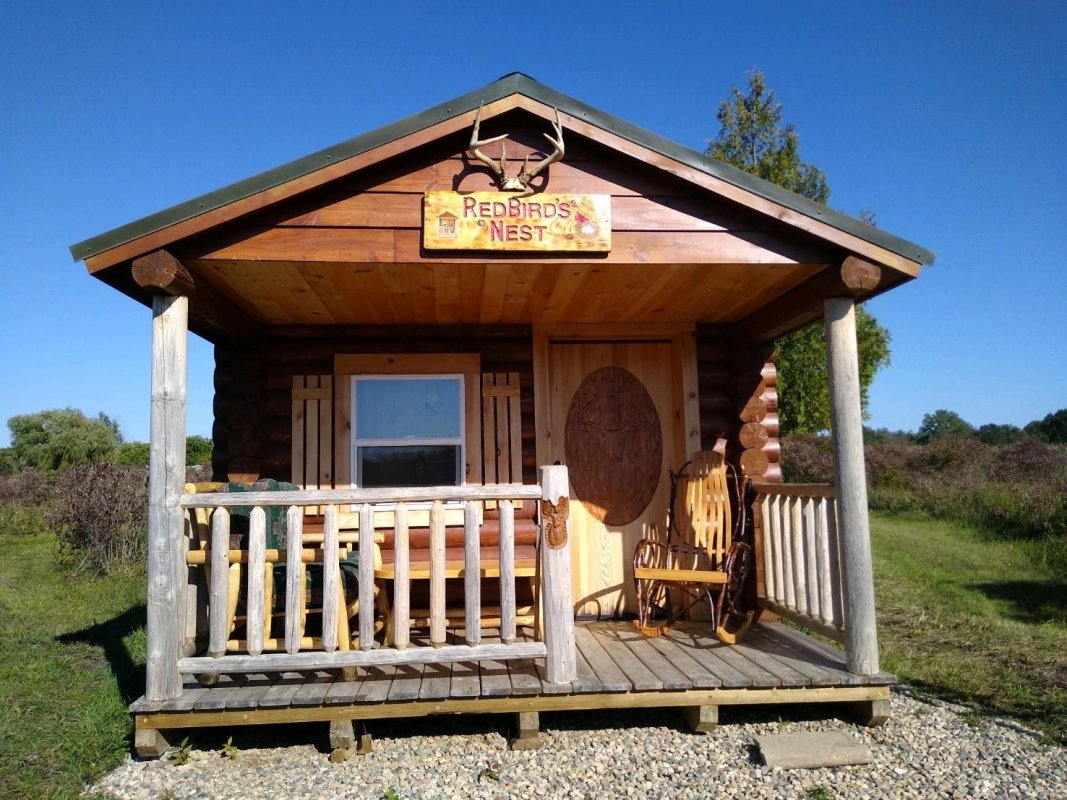 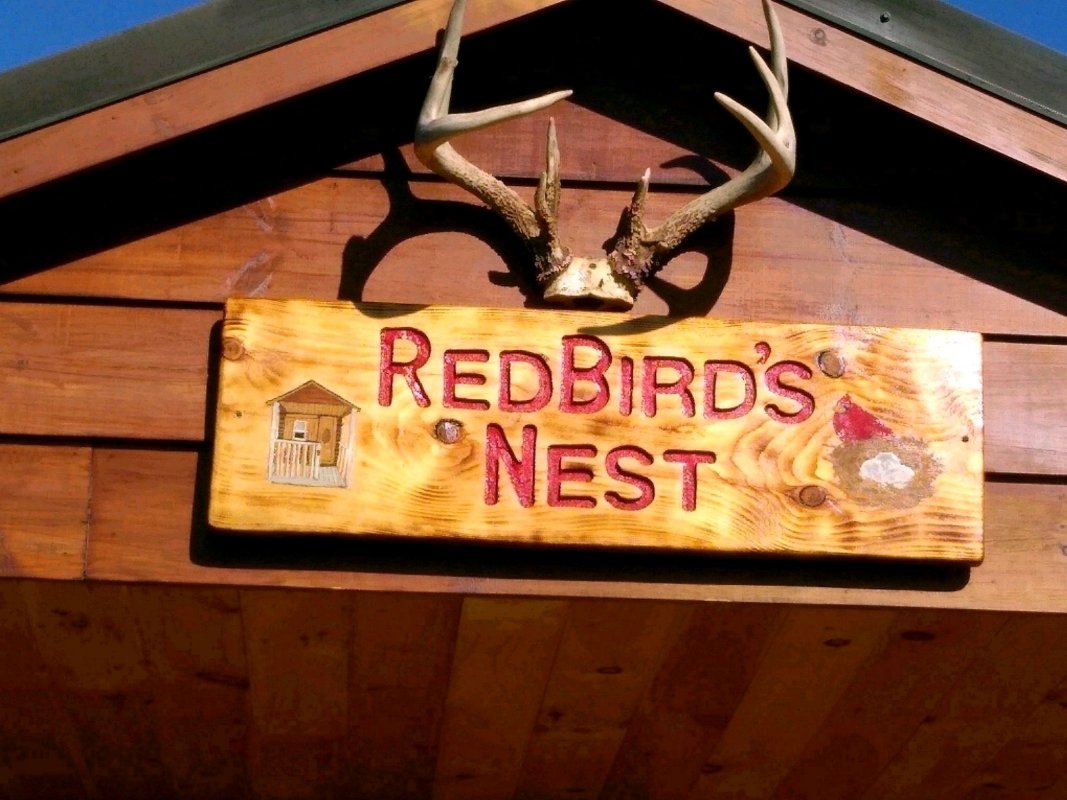 Got my wood stove in now and it's real cozy when it get's down in the 30's at night. 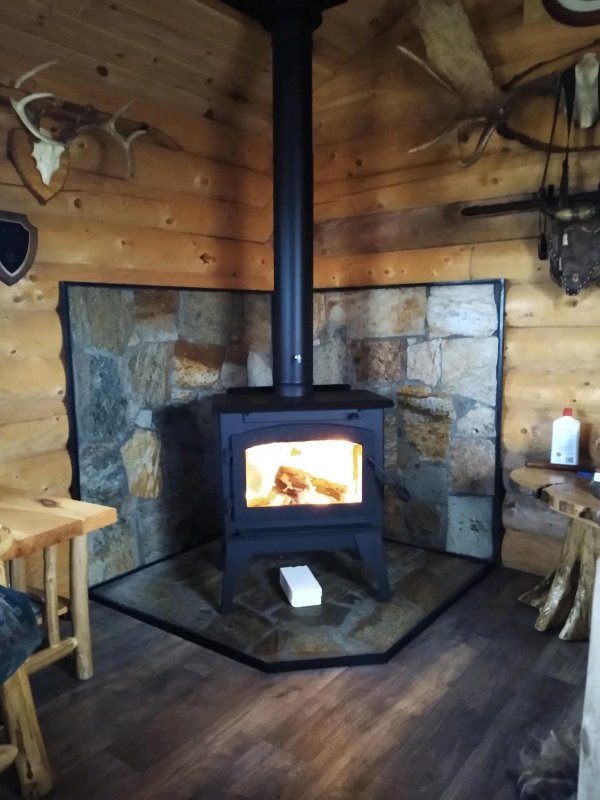 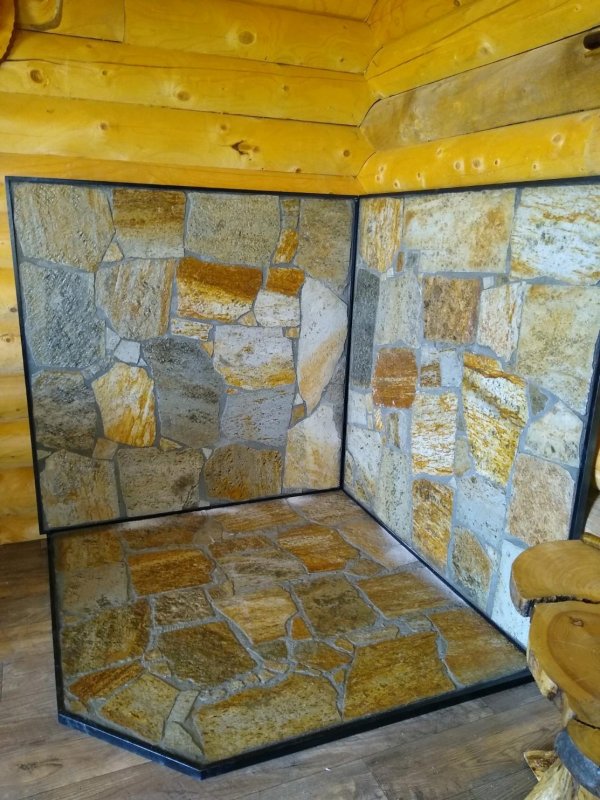 Very nice, we have one in a sun room it has to be really cold out to fire it those little stoves throw off the heat.
A

You have what I always wanted, perhaps some day, as I stated very nice escape place enjoy.

You dont use lighter fluid to start it do you?

Nice, we have ours going tonight...
O

Nice camp.. I was raised up from six year sold going to my dad's friends camp in northern Clearfield County , Pa.. Was allowed to be one of the guys and had the run of a brook trout stream and the seemingly never ending woods . It spoiled me so bad , My son and I built our camp in the north woods 1996. Camp is a place that is a middle ground where only the folks allowed to be there , are the special friends you collect along life's way. Camp fills up w/memorabilia , of times past , sort of a time capsule that means little to anyone but the folks lucky enough to have attended. Blessings and Peace to ya , and yea , don't forget the m/l shootin' range. ....oldwood

If I owned it, I'd feel like I died and went to heaven, congrats. I'll bet there's some nice Bass in that lake. Absolutely gorgeous!
God bless:
Two Feathers

I reckon that is a humdinger of a cabin !! what a lovely spot you have to retreat too. Well done !!
We have an open fire, wood stove and slow combustion fire in the dining room. we live in a timber house built about 1901 on a small hobby farm. Lobo, your cabin is great too. Food for the soul.
You must log in or register to reply here.
Share:
Facebook Twitter Reddit Pinterest Tumblr WhatsApp Email Link