Latest find at my favorite LGS.

A little voice told me to stop by this morning while I was in town. First thing I laid my eyes on was a Pedersoli flintlock Kentucky rifle. It was in rough shape, with the stock beat to heck, and replacement thimbles. The thimbles were bigger than stock, and someone had hacked out the stock to allow the bigger thimbles to fit. They wanted over $400 for it.


Next to it was a 20 ga. flintlock fowler. The tag called it an English Fowler and had 'Canoe Gun'under that. No markings, except for the 20 ga on the 30" barrel. I have not taken it apart to see if there are any hidden markings yet. For what they wanted, less than half the price of the Pedersoli, I decided to pick it up. 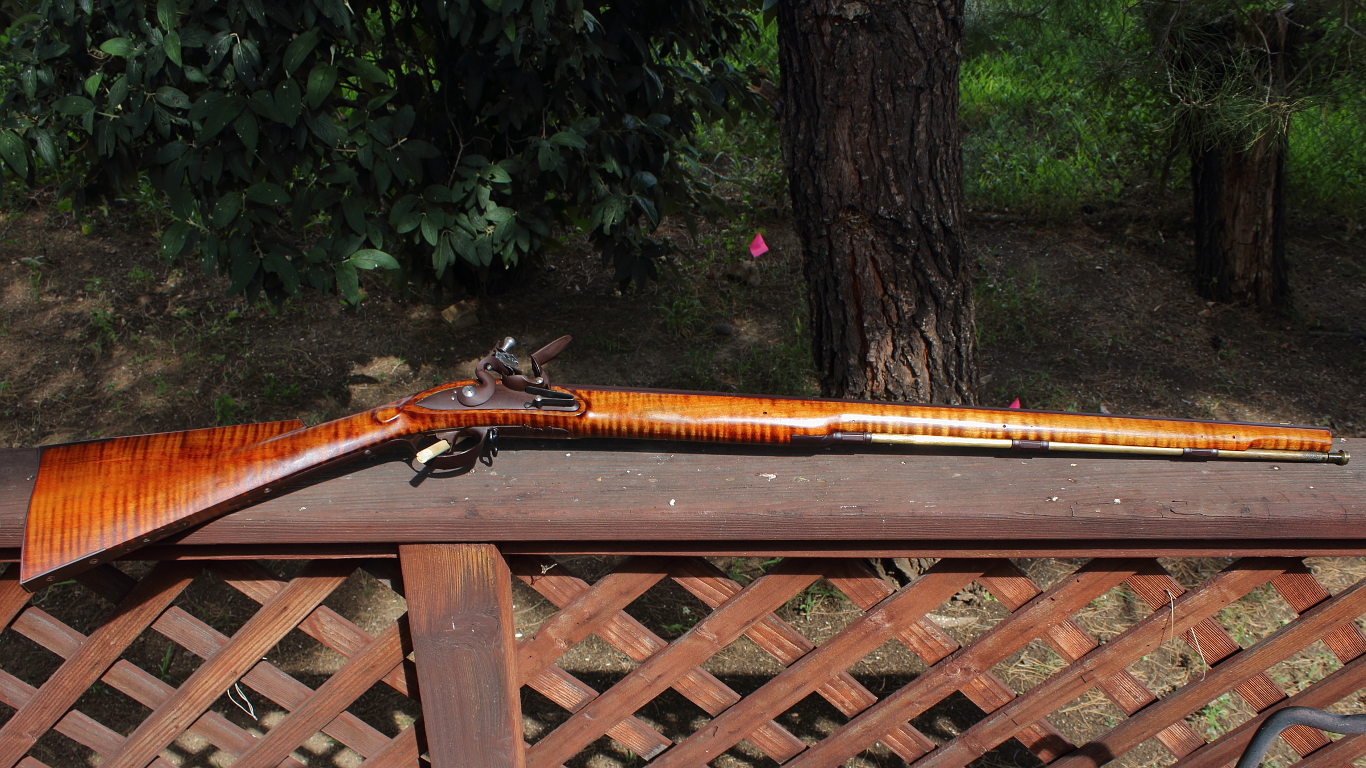 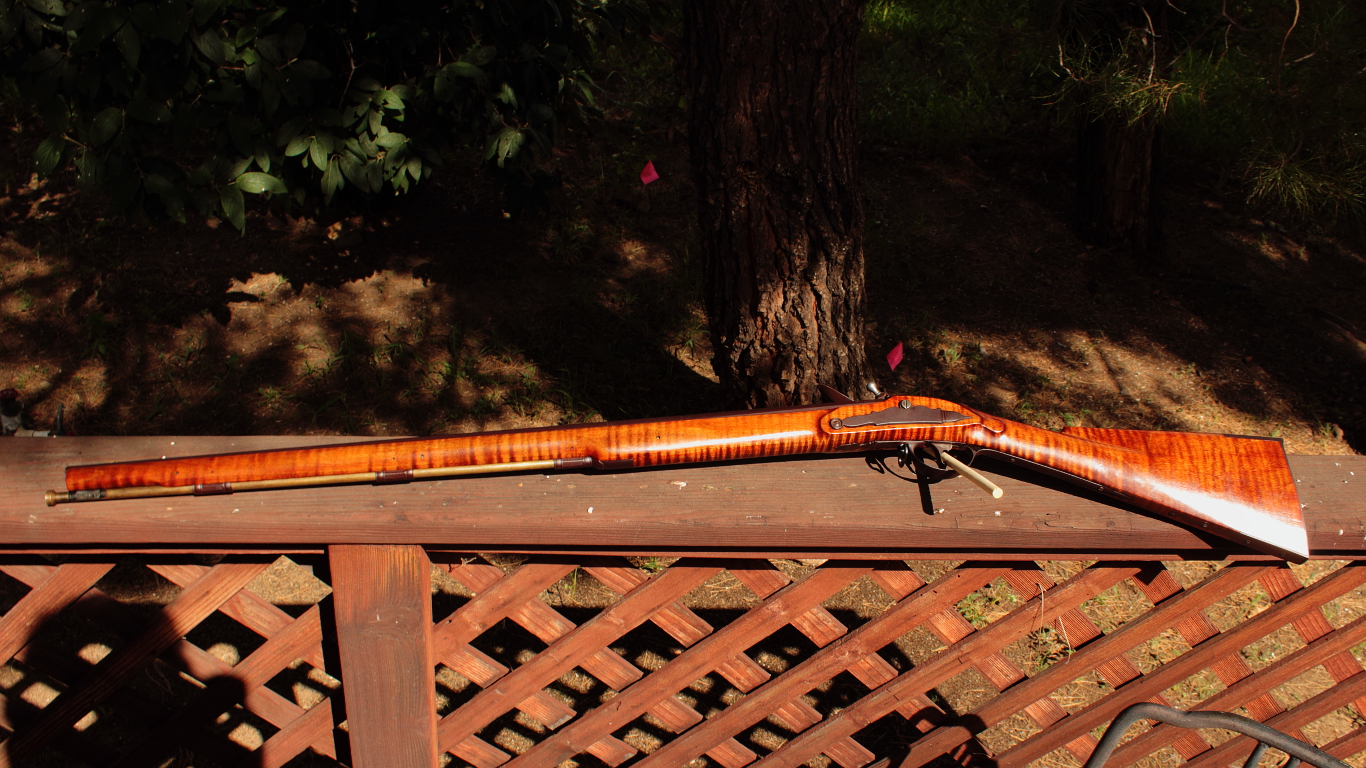 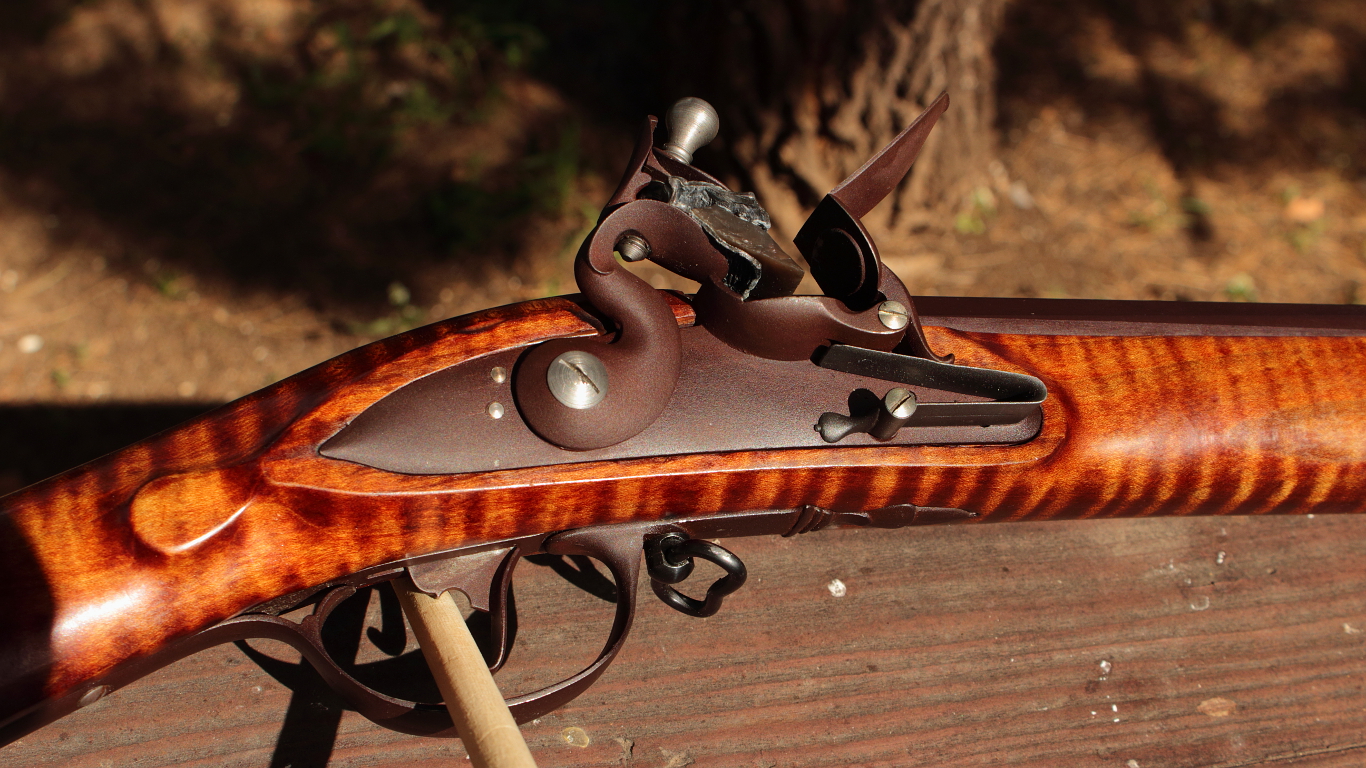 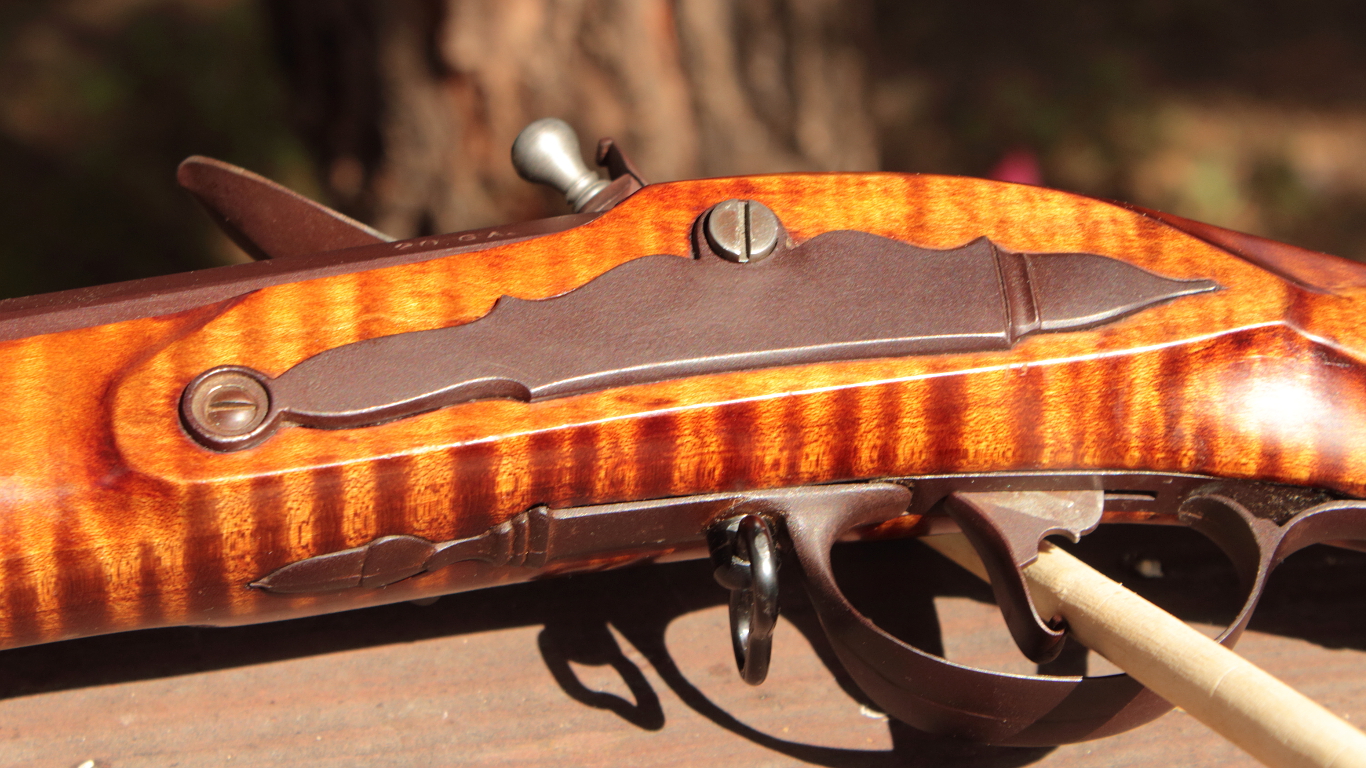 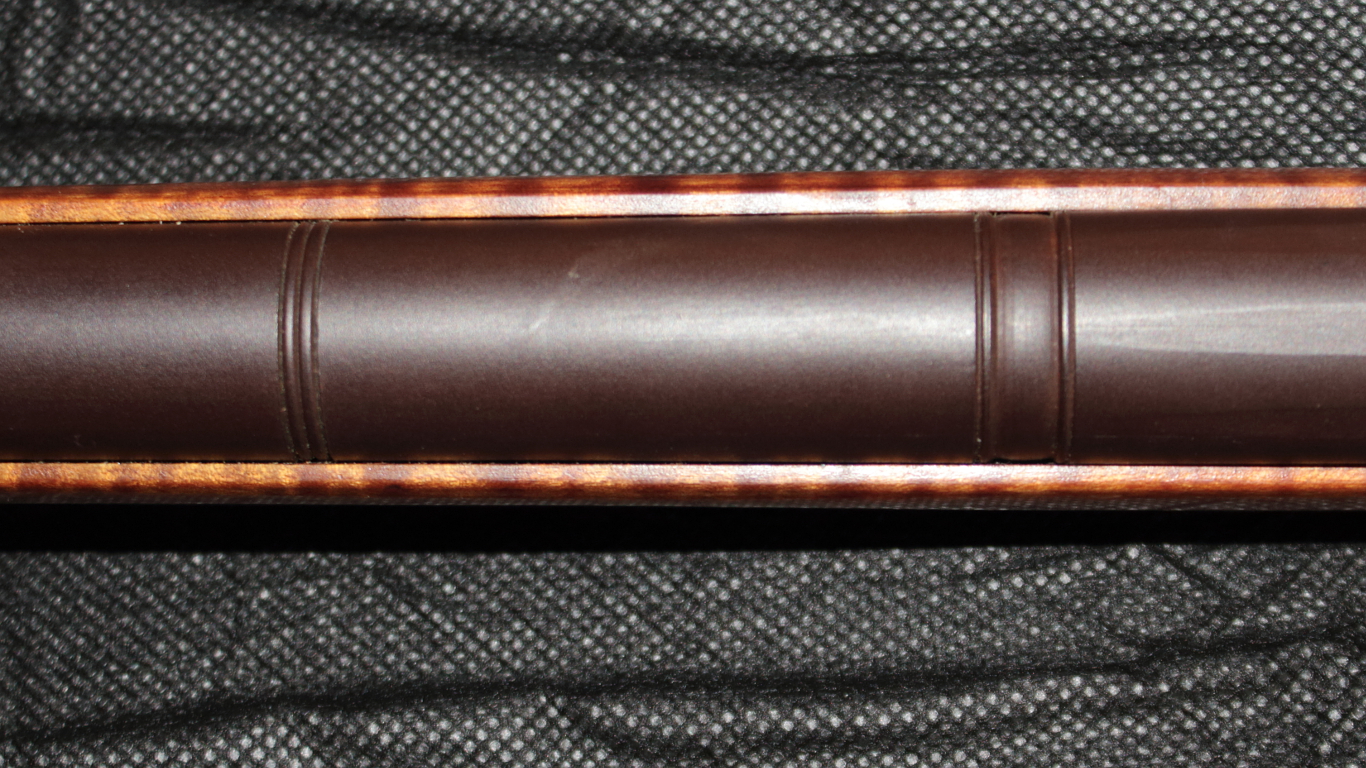 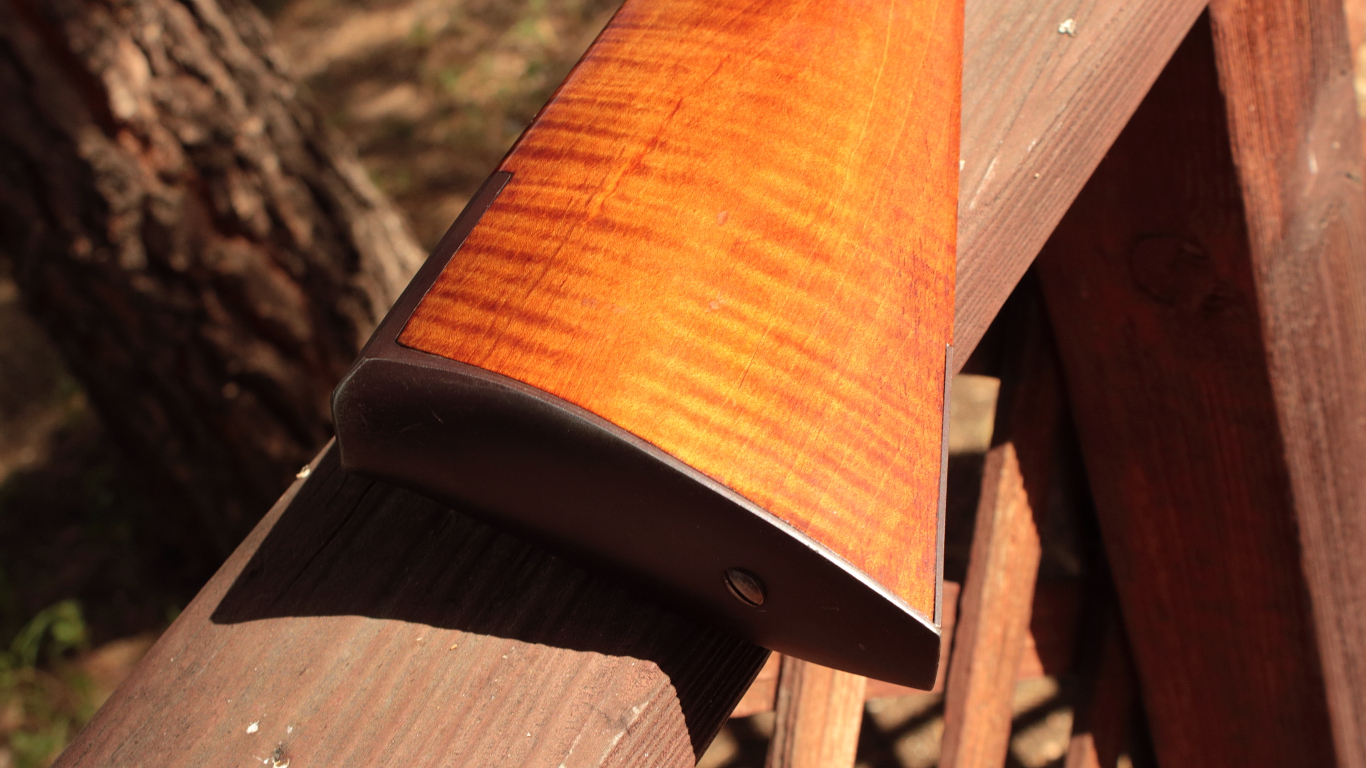 Nice. I'd say you did alright with that purchase.
E

I pulled the lock off. It's an L&R Queen Anne lock and sells new for more than I paid for the entire fowler.
C

That gun has Kentucky written all over it...
E

The shop had it marked as English, but it does seem to be a mixture of styles.
F

colorado clyde said:
I'm no expert!....But I would say, that is not an English fowler....

That gun has Kentucky written all over it...
Click to expand...

But if you like it shoot it and enjoy it
Feltwad

Regardless of what it "has written on it", that is one heck of a find for less than $200. Beautiful piece of wood! You are one lucky guy, indeed. :hatsoff: :hatsoff:
P

Wow what a score! :hatsoff:

Are you able to tell if the bore is choked?

Well Sir if you ever gut tired of owning such a mislabeled Frankenstein of a firearm please get in touch with me! I will Gladly give you what you paid for plus shipping and I would even through in a little extra to sooth your woes from making such a rash purchase!

Are you able to tell if the bore is choked?
Click to expand...

It looks like a gun on the sitting fox website. I think I would of jumped on at twice the price :wink:
P

You have picked up a nice short barreled fowler. Appears to be built of quality parts. I do think that the forward lock bolt should be replaced.

Rabbits and squirrels living on your hunting grounds are going to regret it when you show up with that fowler.

Do you plan on stripping it and re-working it at all? There are certainly places that could use it, starting with the lock panel shape and beaver tails. Nice piece of wood that's for sure, and you bought the gun for less than what the blank would cost.
E

I think I would rather peal the skin off the bottom of my own feet than start in on removing the finish on that fine fowler. Thats a beautiful piece miner!
String
S

'Tis a nice looking gun. I have a somewhat similar fowler where I used the same trigger guard and butt plate. Except I rounded the toe of the butt plate and didn't use a toe plate. I think that would make it more of a Virginia fowler.
W

Would you please tell me what LGS stands for ?