Kibler Southern Mountain rifle kit and supplies arrived. It's going to be a fun build.

Looks to be true quality!
Look forward to watching your build as I poke along on my Pedersoli Flint .5@ kit.
SFH
A

Good deal going to be a fine rifle.
K

Thanks for posting your progress. It’s an amazing looking rifle! I really want to get one of his Colonial rifles. I’ve been trying to decide which caliber snd wood type. I’m was thinking. The maple but I’ve got several rifles in maple and saw someone’s rifle in cherry and really liked the way that looked.

Totally sweet!! Mine is coming in May...

Day 2
Working on the butt plate.
Screw heads turned down to fit.
Removed the cast sprues.
Using inletting black to slowly move the butt in and close a small gap. 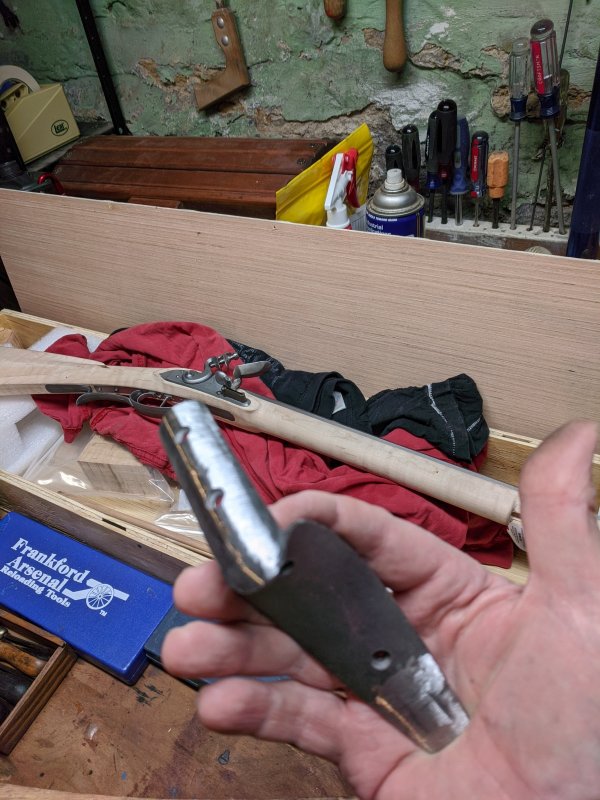 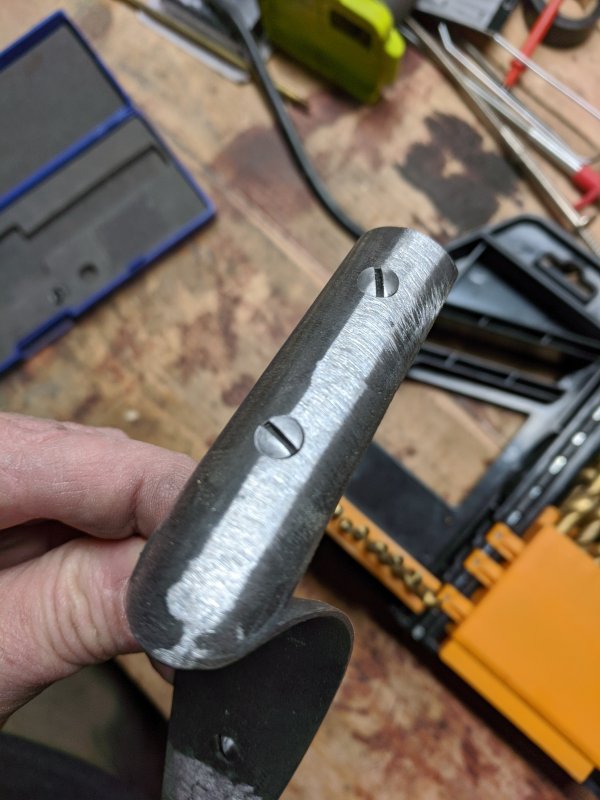 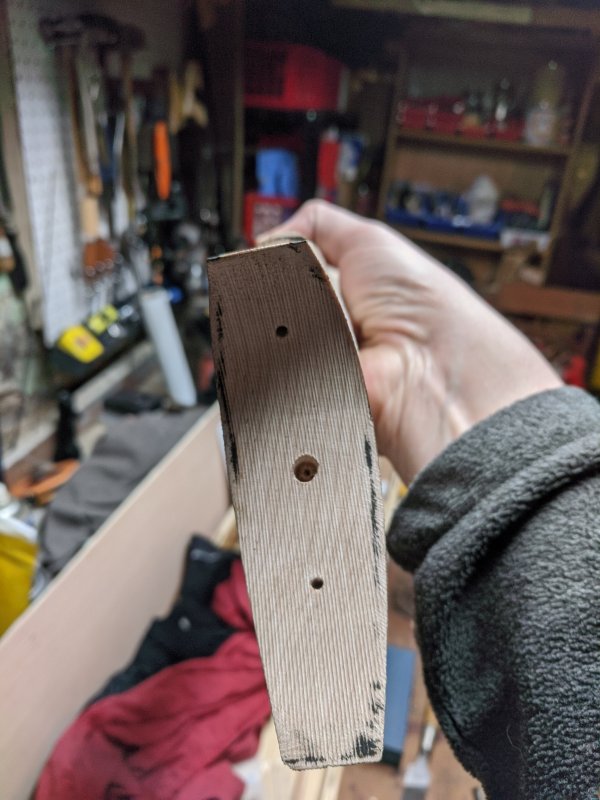 My Kibler is the nicest firearm I’ve ever owned and I’ve had some expensive Pedersoli unmentionable Guns that new cost more than a Kibler.
I’m hooked and will probably buy more one day when I can afford it.

Day 2 continued
Finished fitting the butt plate. It took more Inletting work than I expected.
I have added a Toe Plate from Track. 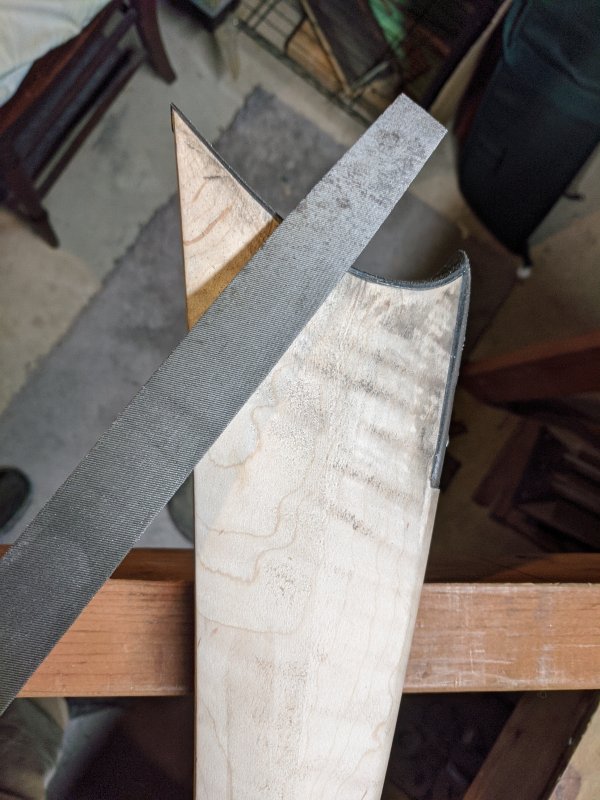 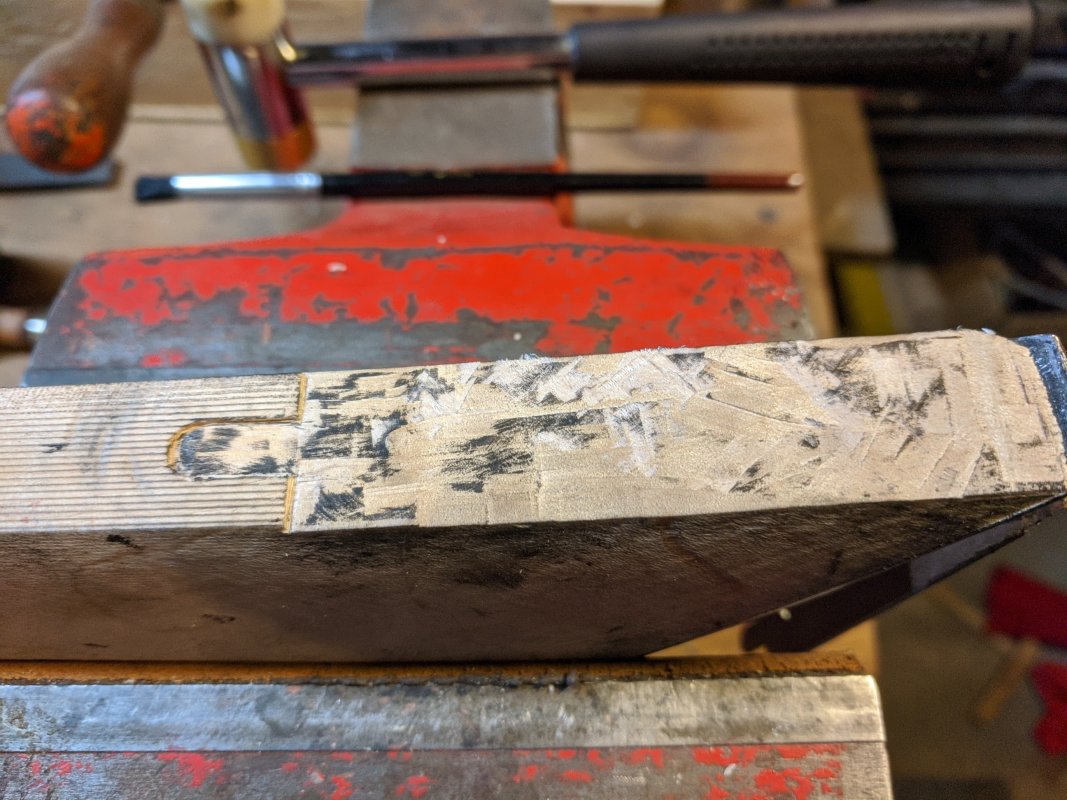 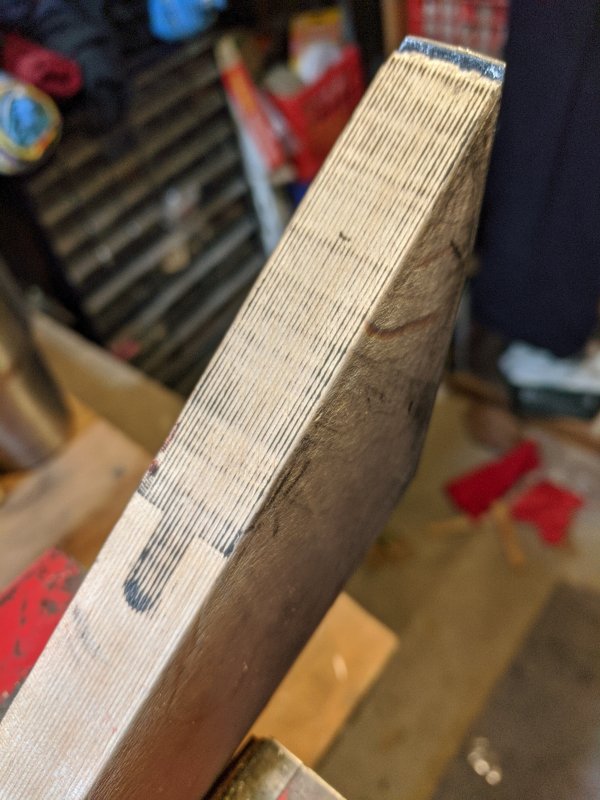 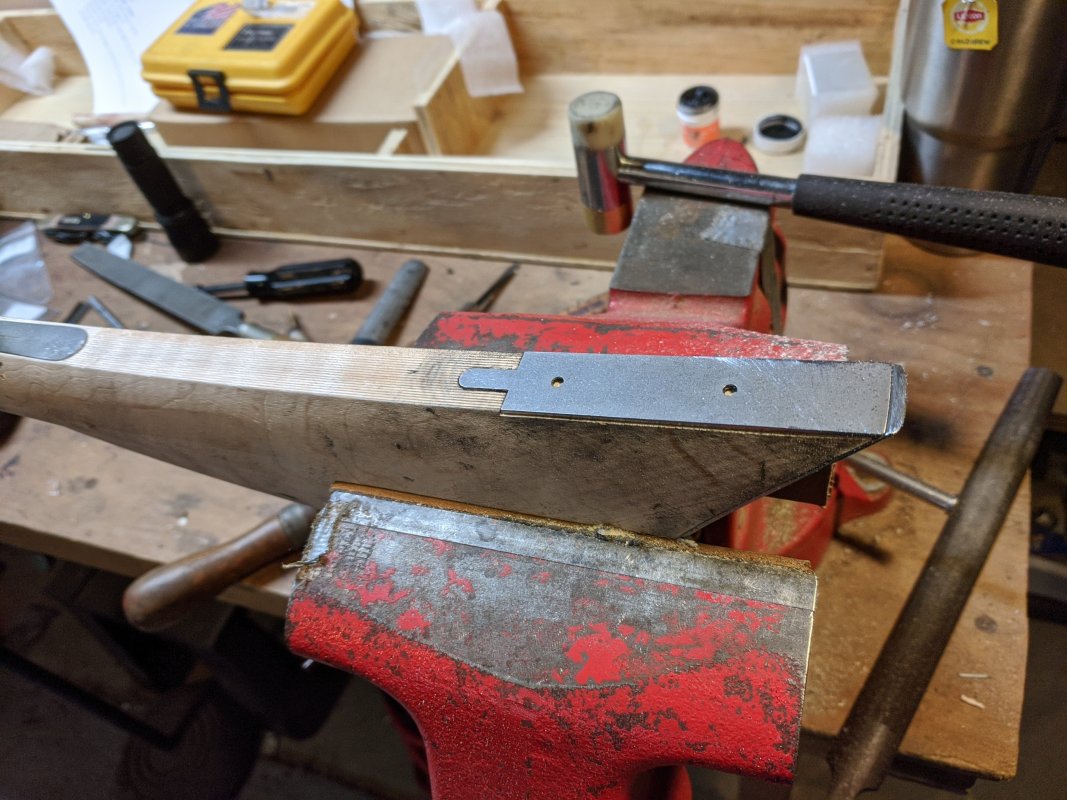 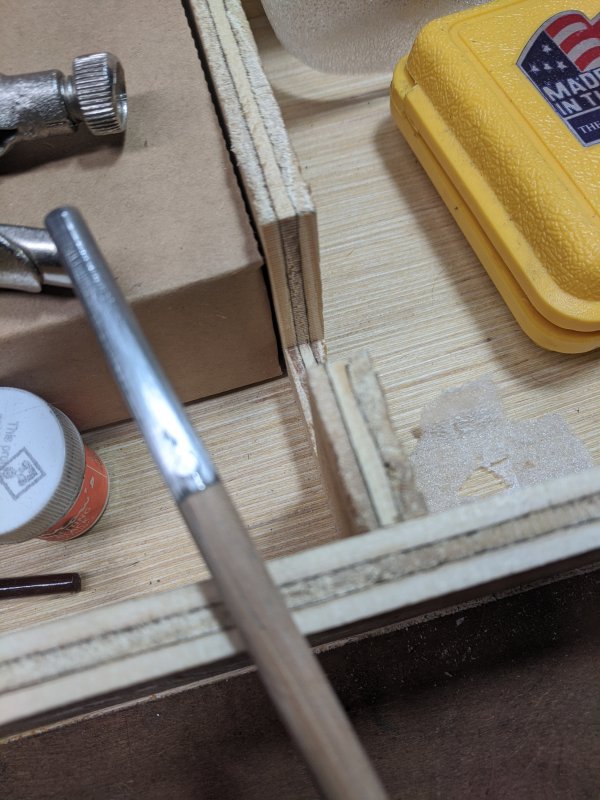 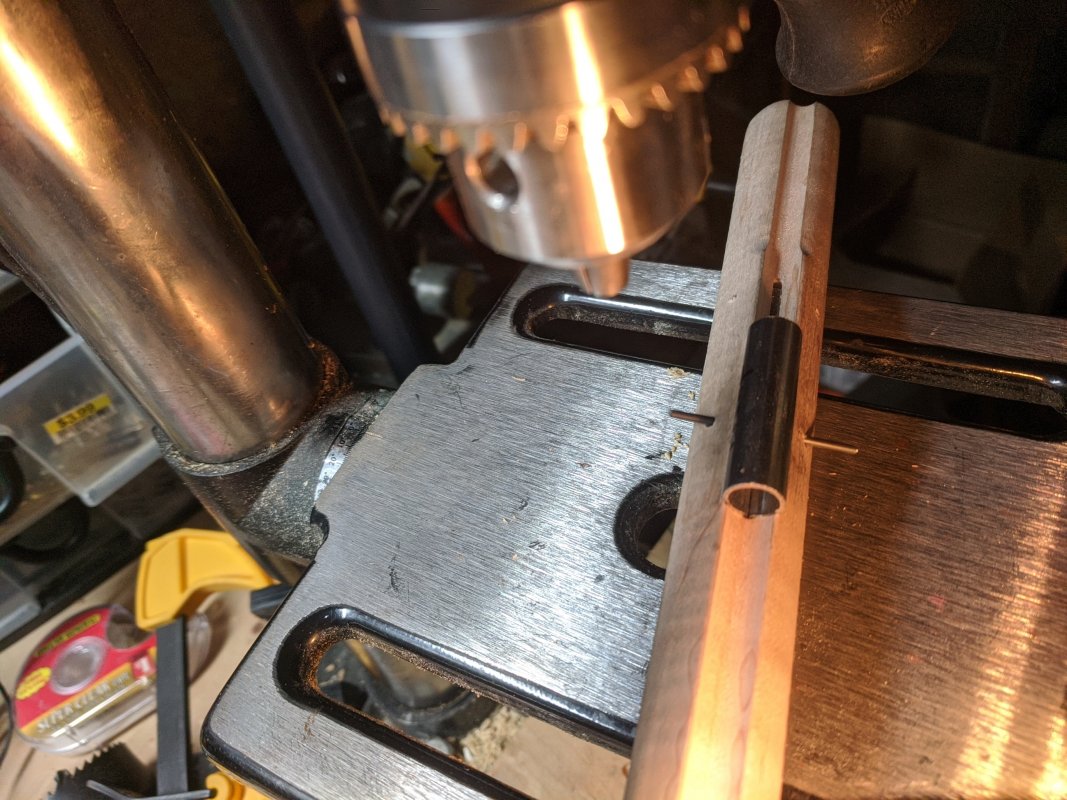 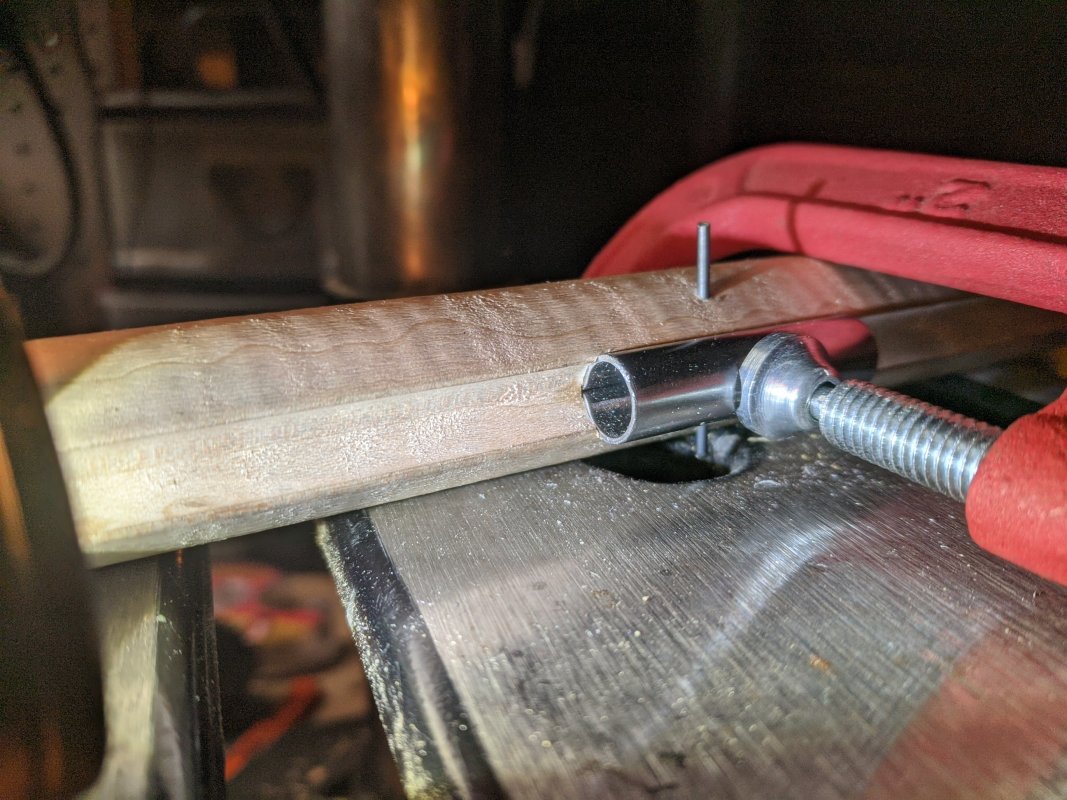 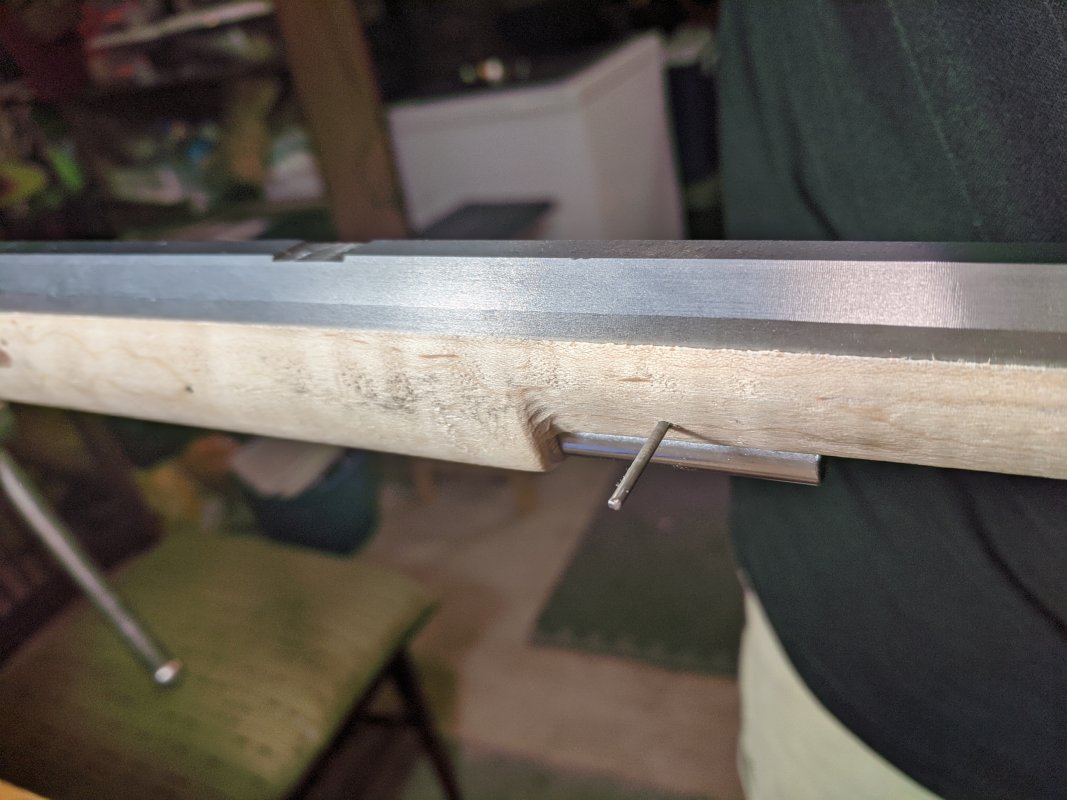 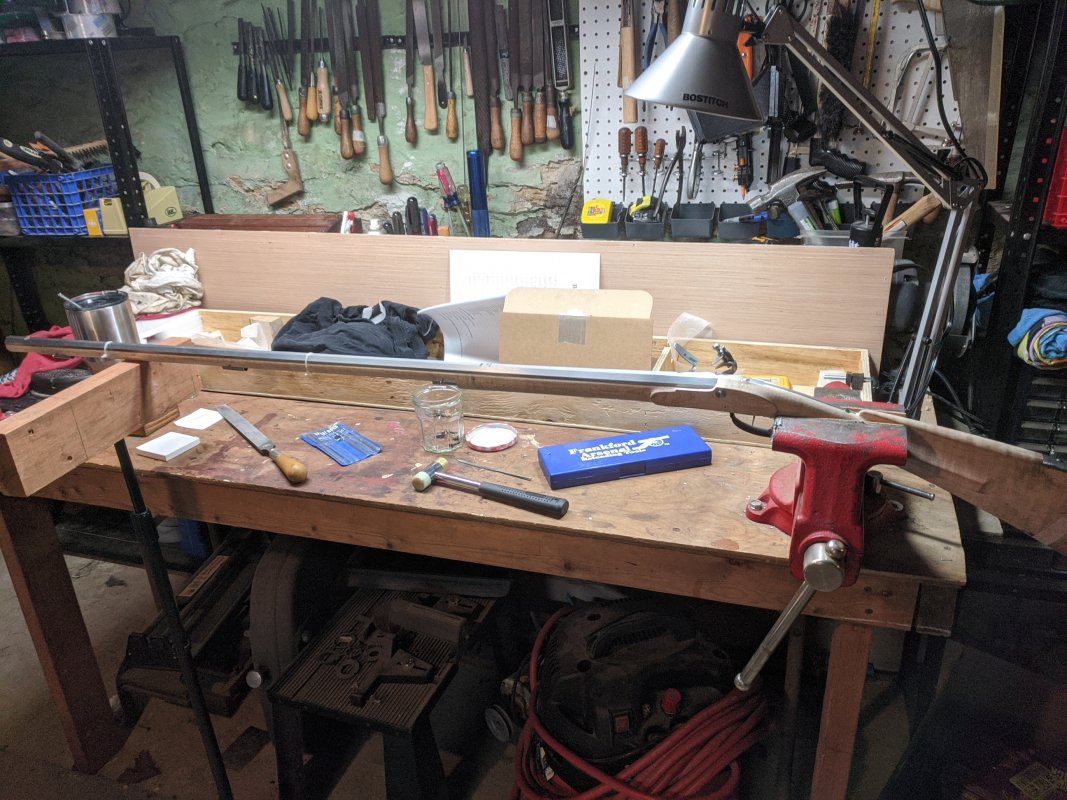 That is crazy how easy those Kibler kits go together! What you have done in a few hours I would have done in about 80 on a Chambers kit. Those CNC stock machines are amazing...

Buckskinn said:
That is crazy how easy those Kibler kits go together! What you have done in a few hours I would have done in about 80 on a Chambers kit. Those CNC stock machines are amazing...
Click to expand...

It definitely cuts the hours way down, but it's teaching me what a rifle should look like. The only thing so far that I found to be a little tricky was fitting the butt plate and pinning the ramrod pipes. Next tricky thing will be to drill the underlugs and pin them. It's easy enough to do those tasks but you can easily mess it up if you rush it, so it's also teaching me to go slow and make well thought out decisions. I'm adding things such as the Toe plate which was not inletted at all so I can work my inletting skills up to a Chambers kit level which is what I want to build next. I've assembled many CVA kits in the past. The Kibler is a great next step from those CVA type kits. It's like a stepping stone from "Assembling" to actually "Building".
B

You will have a beautiful, correctly architecturally made rifle when you are finished. Something that I kinda had to wing with my Chamber's kits. In a way I wish I would have gone your route for my first...

Making some progress.
Finished the breech tang. It was a bit high. Needed a tiny bit of wood removed and slight bending. Fits great now.
I'm practicing a hunters star inlay. I've assembled many kits but I'm in new territory with inlays. Builders please throw me some pointers. 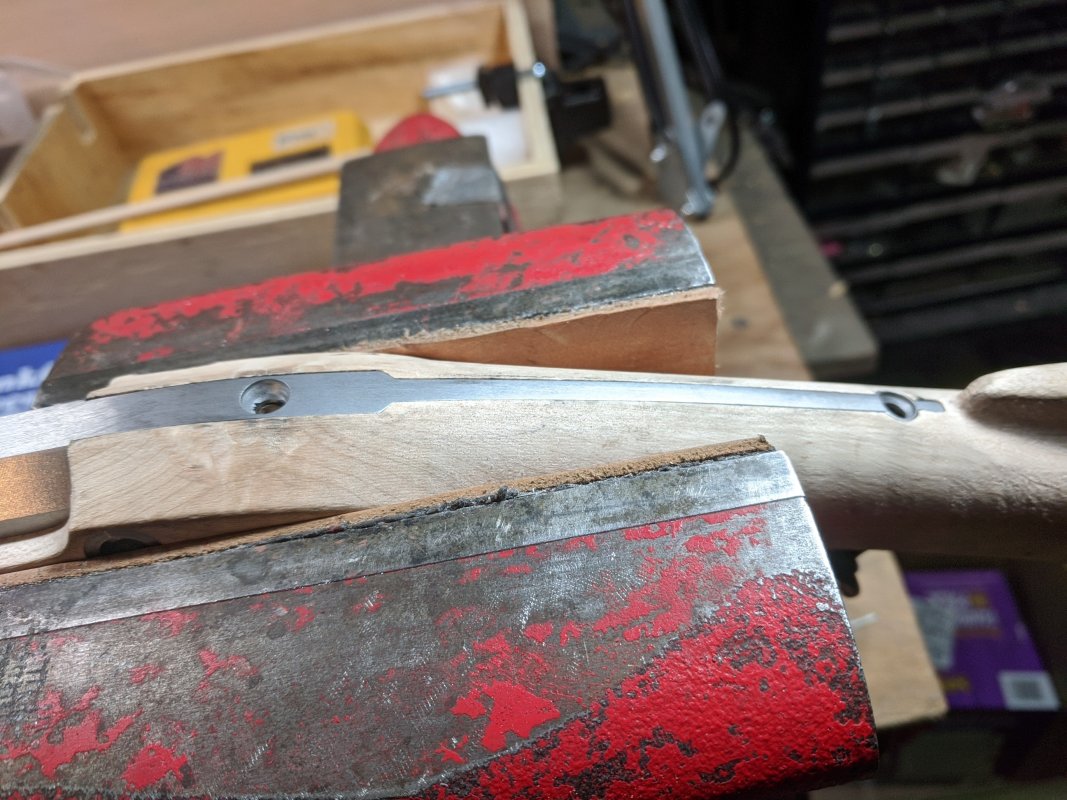 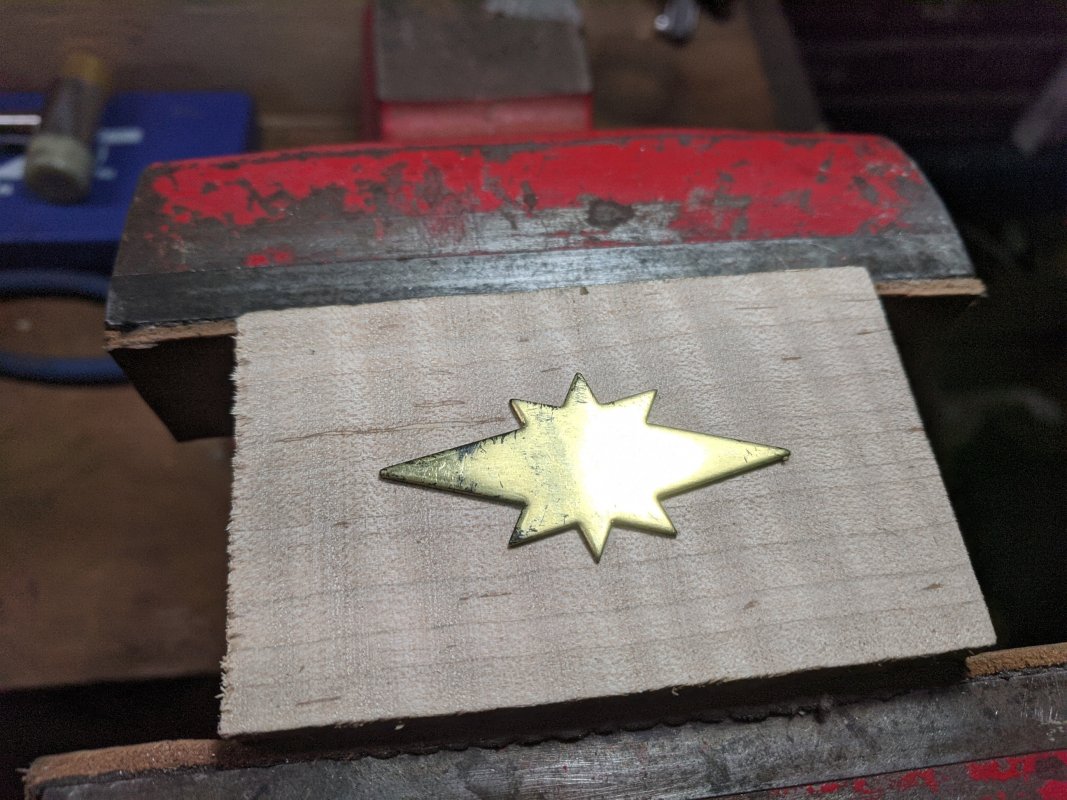 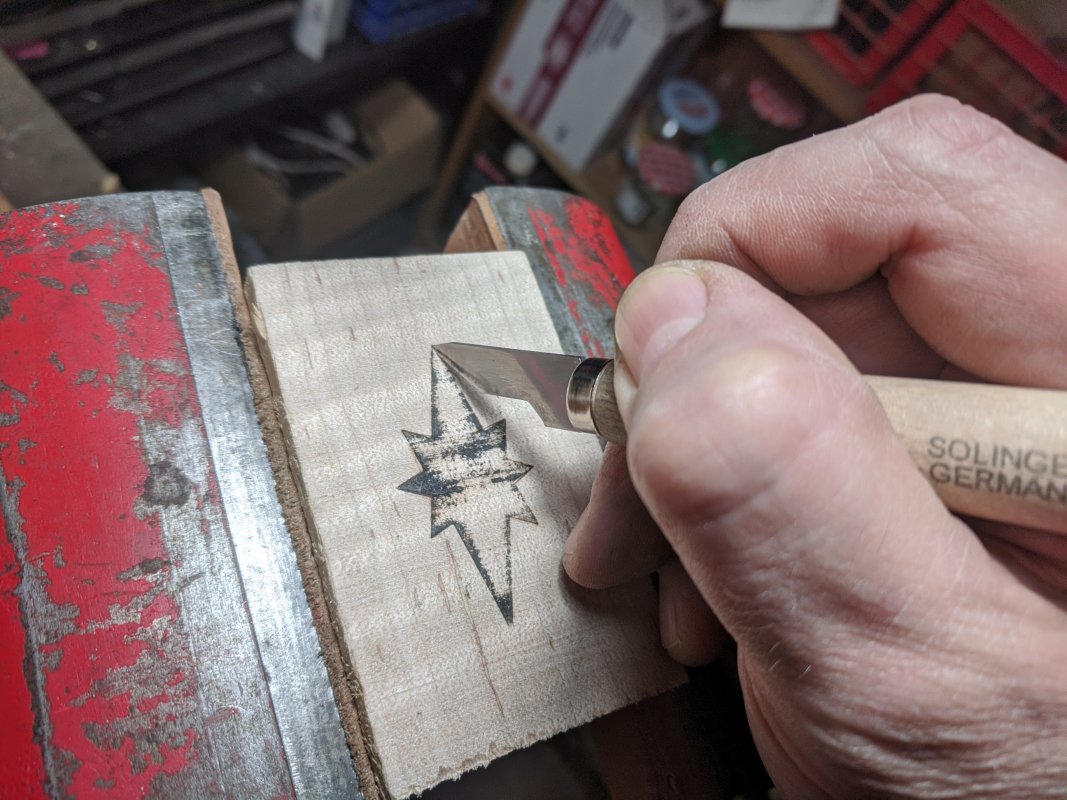 Be sure to put about a 5 degree draft on any inlay.

Pete G said:
Be sure to put about a 5 degree draft on any inlay.
Click to expand...

I made some more progress today. Drilled and Pinned the trigger guard, and the barrel under lugs. Widened the under lug holes with a jewelers saw, only broke two blades. Whew! Glad that parts done. 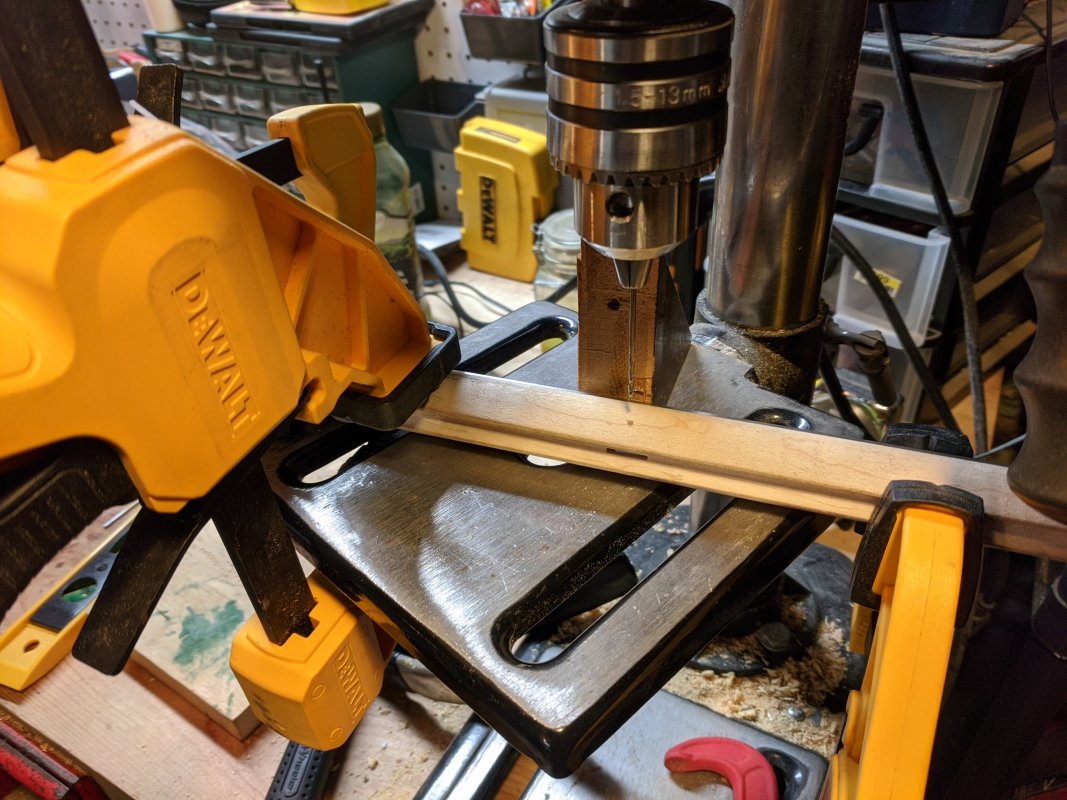 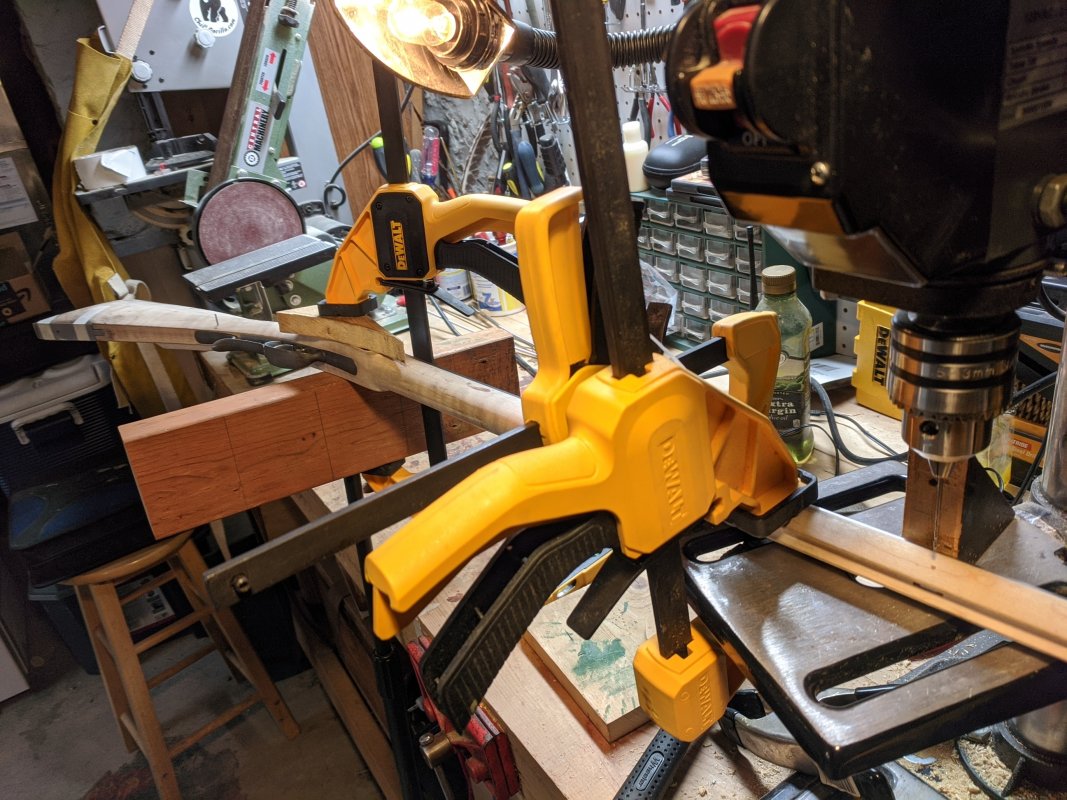 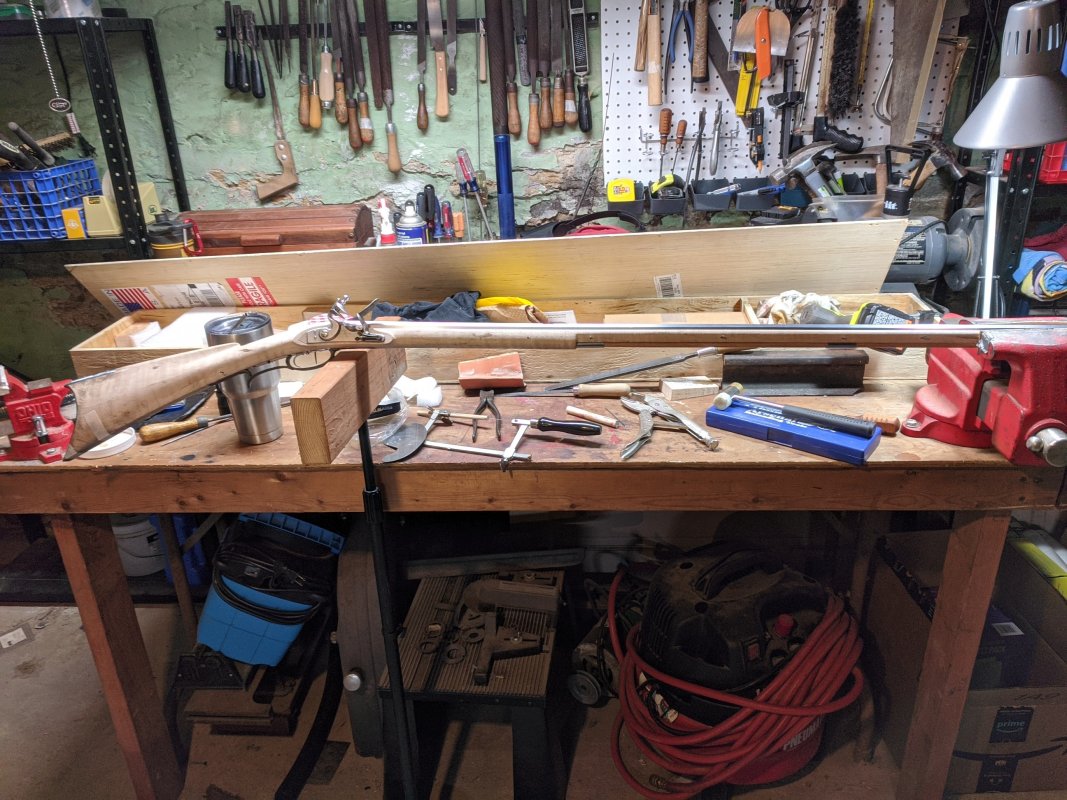 Great job. I did a Kibler some years ago when they first came out and being a beginner (and not as careful about details as I should have been), it finished very nice, but not great. I gave a friend (actually sold it VERY cheap) a stock blank that he sent down and he just received his kit as well. I agreed to help or to build it for him and we started yesterday. At times I admit to being frustrated that when anyone asks "what kit to get?" that the answer is about 80% Kibler without any thought that perhaps the person doesn't wish for those styles of guns or perhaps they want to do more building themselves versus assembling. That said, Jim's really upped his game and it's a VERY nice kit and will be a VERY nice finished rifle. My friend is like a kid in a candy shop and I've told him that there will never be a day that he's not completely satisfied with this gun when we get it done. He had considered "personalizing" it with some inlays or engraving, but at this point he's so blown away by the beauty of the gun as is that he's probably going to leave it and I don't blame him.

A Kibler kit may not be the style that you want, but it is way ahead of Traditions or CVA. When finished you will have a proper long rifle; with others not so much.