I was hoping someone might be able to shed a little light on this rifle and possibly a value it might have to a collector. I'm not wanting to sale it but would like to value it for insurance reasons.

My dad purchased this at an estate sale in Ohio when I was a kid. If memory serves me, he paid $27 for it. The stock was broken as well as the trigger guard and it was missing a hammer. He repaired the stock as best as he could and did some brass/brazing work to repair the trigger guard and bought a period correct original hammer. It's a 43 or 44 caliber with I think a 28 or 30 inch octagon barrel. The barrel alone weighs 9lbs.

The lock says "Manton", (Joseph Manton?) and the barrel was made by Benjamin B. Loar (B.B. Loar) out of Granville and Newark, Ohio. The top flat at the breech end is stamped "B.B. LOAR / GRANDVILLE, O."

The muzzle end is fitted for a false muzzle. Although I don't have a picture of it, the tang at the end of the breach looks as though it might have had a sight similar to that of a Vernier long range peep sight. Although the front sight doesn't necessarily give credence to that. I'm sure this rifle was used as a target rifle in its day because I doubt anyone wanted to carry around an 11 pound rifle. 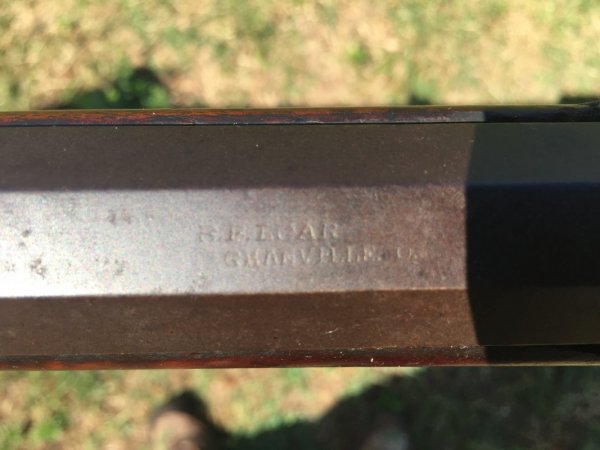 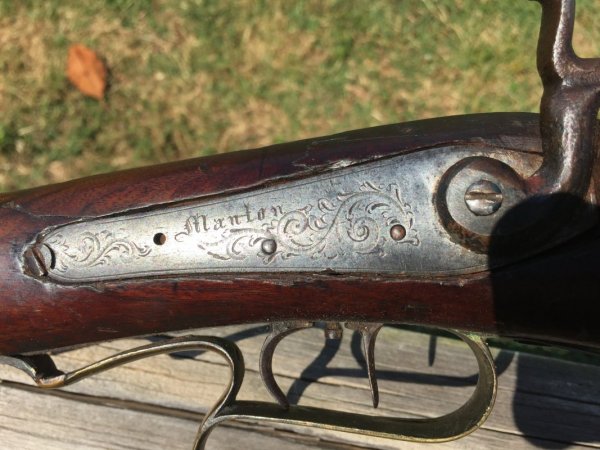 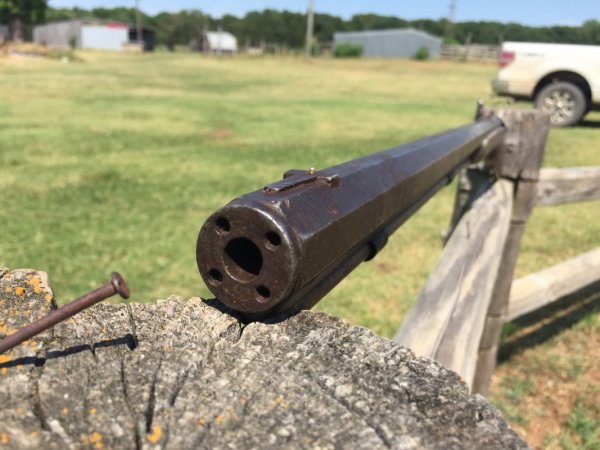 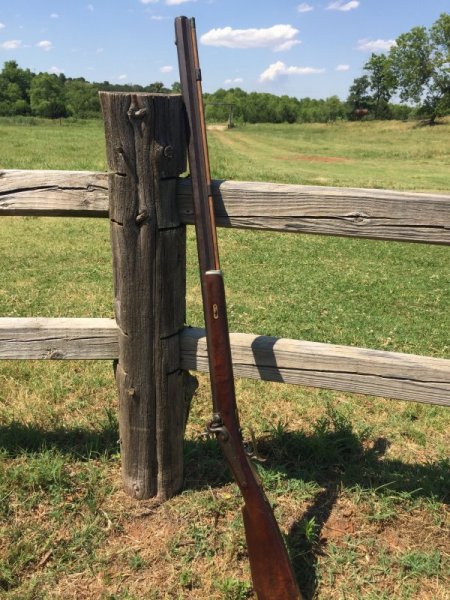 Hi,
The lock is probably a Belgian or English import and not connected with any of the Mantons. Makers often marked their locks "Manton" as a marketing ploy.

Judgin’ by the holes for th false muzzle it was somebody’s bench gun/target rifle.
T

Yup, ultra-heavy barrel with holes for a false muzzle/loading device, set triggers and space for a decent rear sight - an early chunk gun.

I agree, an early slug or chunk gun for target shooting

You rarely see them with the matching false muzzle, unless the rifle is still in its case. Pity.

I put up a similar rifle on the ALR site to see if anyone knew anything about it. Not much interest or information about these guns, I guess it was a niche market, The time span when they were made could have been 100 years, hard to pin down.

I have a friend that shoots in bench and cross stick competition, he said the rifle I posted could have been made in 1850 or 1950, no way to tell as it is devoid of any markings.

Here is the rifle I posted, this one weighs 23#. 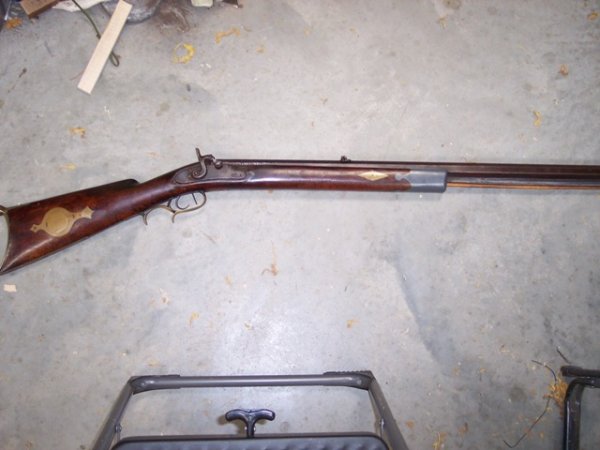 BB Loar was a prominent gun maker in the Granville/Newark Ohio area in the mid to late 1800's. There is a market for his rifles but based on your description don't count on retiring from the sale of this one.
You must log in or register to reply here.
Share:
Facebook Twitter Reddit Pinterest Tumblr WhatsApp Email Link