2020 How does your garden grow

Nearly all wild food guides expound on the virtues of this nutritious weed. Carefully steamed, then buttered, then to the garbage instead of the compost pile since it's got butter on it. Tried it about umpteen years ago and haven't been back; must require bacon or something...

Yeah, I have tried it before, no bueno. So it goes right to the compost pile when pulled.

Got to stay ahead of it though because it grows, well,... like a weed.

As I said, my overall biggest weed problem. Got it pretty much under control right now, and the garden is starting to take shape. Starting to see some green tomatoes forming and the corn is about chest high. Were getting regular rain now after freezing temps the first week of June and a long very hot, dry spell after that.

Now it is just a race to the first frost which could be as early and 3 weeks away now. Hopefully not this year. Hopefully we avoid the late blight this year too.

Ah, the trials and tribulations of the gardener.

Tom A Hawk said:
My weed problem this year is purslane. Its been popping up all over. The roots go deep and I can't get rid of it.

That stinking weed is one of the few things I enjoy killing. I'm against Roundup as much as the next guy, but.........................try spot killing it with Roundup. It turns brown in 2 hours. After four days you will be hard pressed to find whats left of it. The key is spot kill. Don't soak an acre with that stuff.

Cobra6 said:
Last year I had a big problem with my free roaming chickens. Seems like they developed a taste for my tomatoes. When I picked them, the lower fruit all had little holes punctured thru the skin. My neighbor recommended that I find some old red plastic Christmas bulbs and hang them on the tomato vines. It was funny to watch. Those guys would peck at the plastic bulbs, and after two days it stopped. Not another problem with the chickens after that.

Try Guinea hens in the garden. They eat bugs, but wont ever go for the veggies.

Ames said:
That stinking weed is one of the few things I enjoy killing. I'm against Roundup as much as the next guy, but.........................try spot killing it with Roundup. It turns brown in 2 hours. After four days you will be hard pressed to find whats left of it. The key is spot kill. Don't soak an acre with that stuff.
Click to expand...

Roundup works good for shallow rooted weeds and grass but for deep rooted grass like Bermuda grass or Cat Claw vines it doesn't totally do the job.
I think, in order to please the customers, it does as you say. It knocks down the exposed parts of the plant fast, giving them the impression that they succeeded in getting rid of the plant. The problem is, because the upper part of the plant dies quickly, the deep roots don't get any of the Roundup down to them so they live on to grow another day.

I've found that the Ace (brand) "Weed & Grass Killer" kills slowly and completely.
When you've sprayed the weeds, the next couple of days they look all perky and happy. Six to seven days later, they are beginning to droop. Another three or four days later, they are totally wilted and down to the ground. It might take two weeks to kill the plant but when it's thru, that plant is totally and I mean totally dead. While this was happening, the Killer was slowly working its way down thru the roots and killing them slowly but thoroughly.

That makes it effective even against the Cat Claw vines I mentioned.
For those who aren't familiar with these invasive plants, the roots form bulbs on them every foot or so along the lengths of their runners. Once they are established the only way to get rid of them it to totally dig them out or, use something like Ace Weed & Grass Killer.

This Ace, Weed & Grass Killer doesn't have anything on the label that says it is poisonous. It does say to keep it out of the reach of children and it can irritate the eyes. It is safe to allow kids and pets into treated areas after it has dried. It also isn't good for fish so there are warnings about using it where runoff can be a issue.

Finally we got a feed of Patty pan and yellow squash last night! May not get another this year. Son's peppers in the new green house is at over 150 pounds all sold at the market in the next town.

My wife has sold Purslane for $3.00 pound in prior years it is a good salad product in some area's
C

Picked a kohlrabi and ate it this evening, it was delicious.

Planted my fall rabbies a few days ago. Rabbie steaks about 3/16 thick fried in bacon grease and salt/pepper when done. Garden has been real handy this year.
C

Kansas Kid said:
Planted my fall rabbies a few days ago. Rabbie steaks about 3/16 thick fried in bacon grease and salt/pepper when done. Garden has been real handy this year.
Click to expand...

I don't like them cooked, but they make great sweet pickles.

I made microwave pickles today for the first time. Took about 20 minutes and there delicious.

Tomato’s are ripening nicely now, our growing season is short and August is about the only time we can get great tomatoes, into September if the frost holds off. I picked some banana peppers and jalapeños and pickled them last weekend, waiting for my cherry peppers to get red. 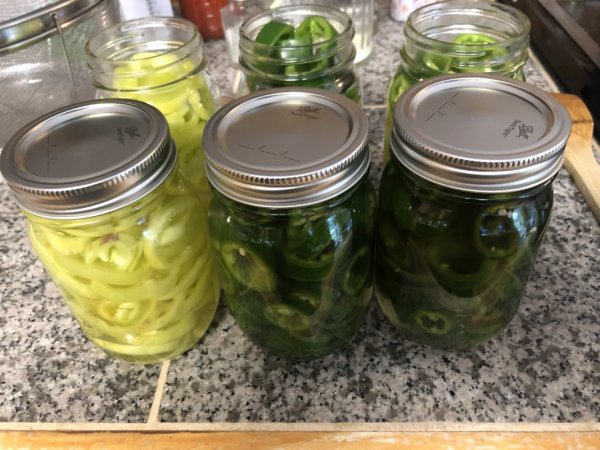 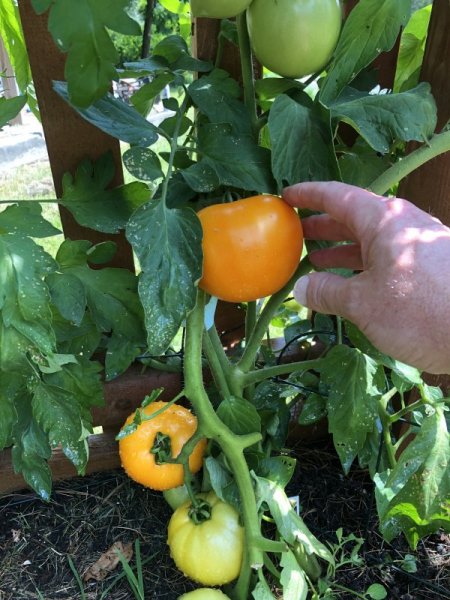 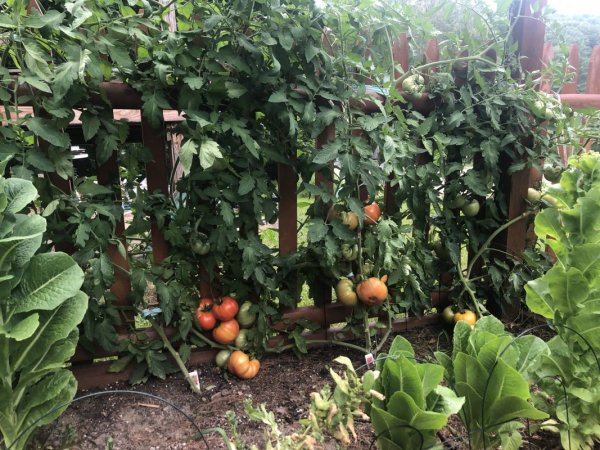 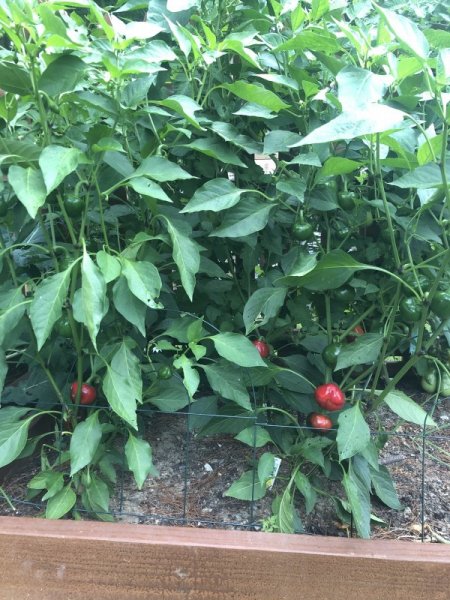 Kansas Kid said:
I made microwave pickles today for the first time. Took about 20 minutes and there delicious.
Click to expand...

They sell them right down the aisle from where you got the device you're typing these posts on, you know you're really not Jeremiah Johnston... hahaha.

As a kid of about 10 we picked a bunch of lambs quarter, i don't recall what it tasted like, my parents didn't give us much choice on what we ate.
Mom cooked poke salet with eggs and hamburger, it was almost edible.

We ate lambs quarters all the time growing up. I thought they tasted just like spinach.

That would make sense, mom cooked then by boiling them a few times, then saute in bacon grease, salt and pepper. They probably tasted like bacon grease...lol

Wish I could grow black eyes up in Maine. I cook with them from a can. You do what you have to do I guess.

If interested in yellow string beans I have discovered a climbing variety call "Monte Cristo". They are tasty, tender, string-less and produce an abundant crop. I planted a row of green climbers and one of the yellow. Will try canning some this year as I dont like the taste of blanched and frozen.
C

The hard neck garlic had dried down well this year and hit the farm stand. We had to wait a bit in all the humidity up here in the north for the soft necks to dry. But dry they have. Let the braiding begin! 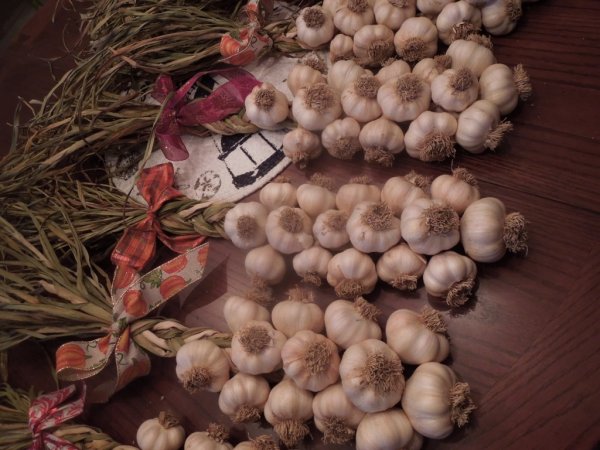 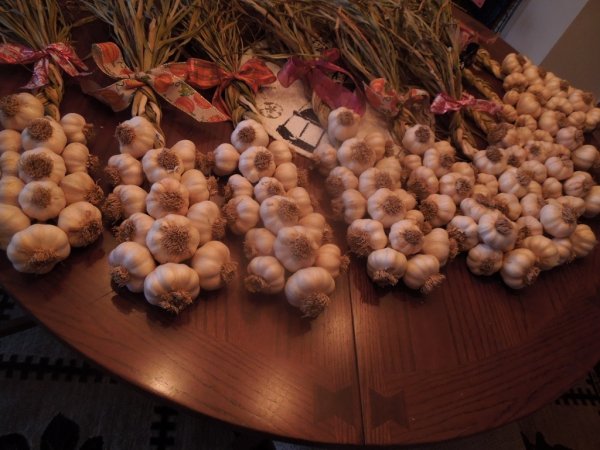