Which oil after browning a barrel?

Jay Templin said:
View attachment 33283This is the T/C barrel I just finished for the Hawkenstein project I've been working on. It's about 8 cycles of Track of the Wolf's Tried and True Brown applied over the course of several days. I'm in Tidewater Virginia,so I didn't need a humidity box or anything- just left it on the porch! After I carded it the last time (I used denim every time), I had a rag full of tung oil from working the stock, so I just used that. Pretty happy with the results.
Jay
Click to expand...

Looks great to me!! Mine is currently covered with oil for the 24h oil bath, but tonight I’ll wipe that down and see how she looks. If mine looks like yours I’ll be a happy camper!
S

Jay, that is one beautiful finish. What does carded mean??

I like to use ammonia for the neutralizer. It doesn't leave any residue. Follow that with any a four cycle engine oil. 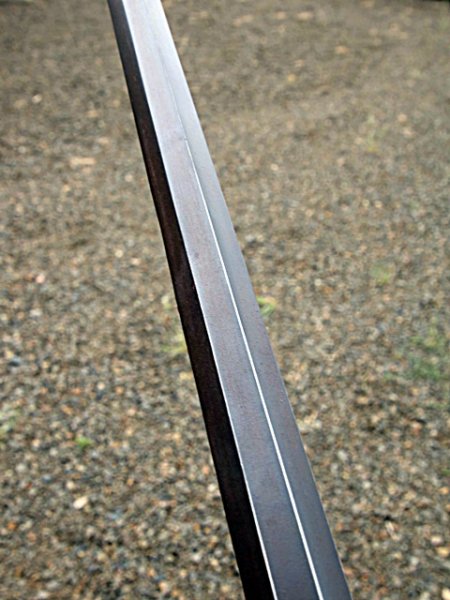 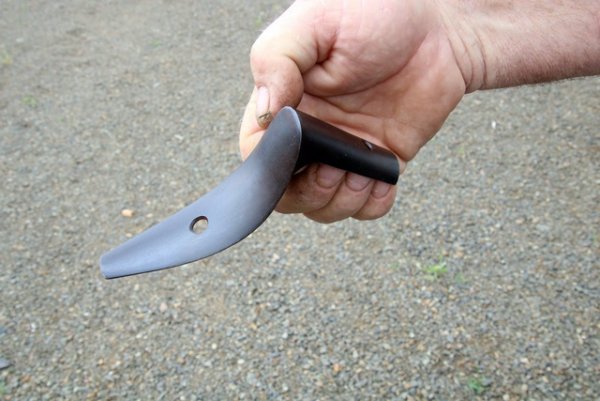 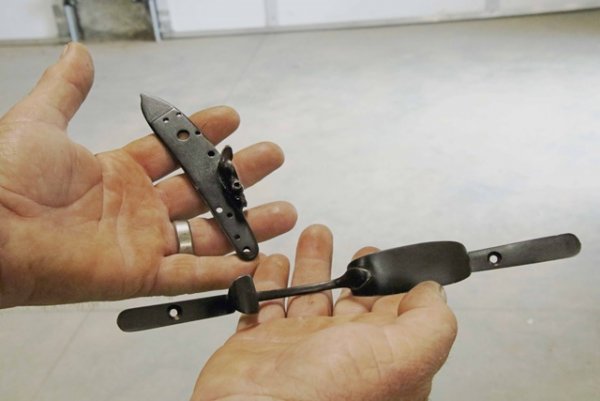 Ames said:
I'm surprised the olive oil fans have not chimed in yet on this one.
Click to expand...

Snotty54 said:
Jay, that is one beautiful finish. What does carded mean??
Click to expand...

I'm not Jay but, "carding" is the term used by gunsmiths to describe the process of rubbing off the loose, soft rust that forms when a part is being browned or blued.
After the part has had all of the loose rust rubbed off, the part is said to be "carded".

Carding can be done with rough cloth, a piece of hardwood or something like steel wool. Abrasive things like sandpaper are NOT recommended because they will also remove the "hard rust" that has formed and that is not the idea of carding.
Steel wool is also a bit dangerous to use because it also is harder than the brown "hard rust" that we want to keep on the surface.

Denum, canvas or burlap works well for this job.
P

One man's "Junk" is another man's Treasure!
P

DEFINITELY SOME EXPERIENCE on this forum!

Here are a couple pics of mine after the oil treatment: 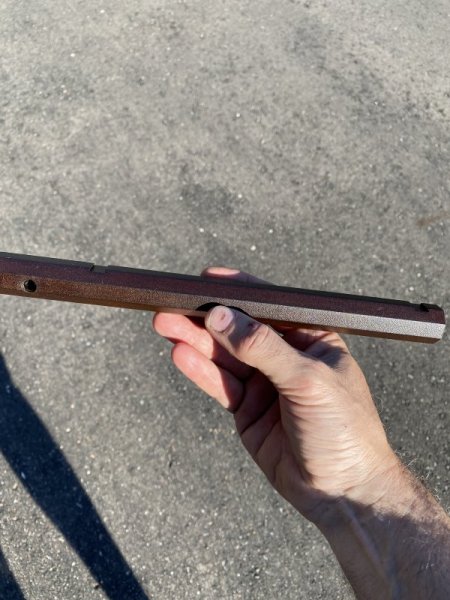 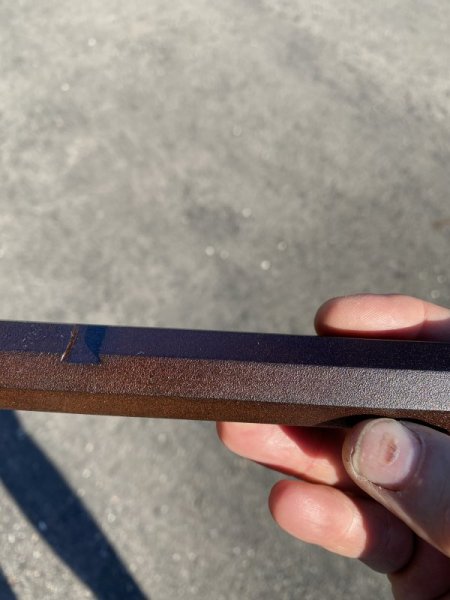 I’m really happy with the way it turned out.
P

FYI-
Not so many cycles next time.
Fewer cycles BUT LONGER (6-8Hrs @ a time).

I think it turned out GREAT your first time!

Now build you a sweat cabinet!

It will turn out EXCELLENT!
P

You want it to "Retain Oil" & look good.
Id say you you did an excellent job your first try!

Just remember you can remove it all EASILY!
P

EXCELLENT for your first try Rob!

That is a DEEP/DARK BROWN!
What's NOT TO LIKE?

It will hold oil, & it is a dark brown that people like now a days!

Wow, everyone is quiet all the sudden?
Scary ...
P

Rob did it & most people HAVENT EVER DONE IT!

Thanks for the assist, Zonie!
Snotty54- What he said.
Jay
P

I read this with great interest. As a collector of cast iron pans I am an olive oil fan. But it seems any oil will do. My favorite part was, "To finish the barrel, heat the surface with a torch until it is too warm to comfortably touch with bare hands, about 1250 to 1300 F. " There are some rough and tough people out their building muzzleloaders!

Thanks guys. I admit.. was a bit nervous for a while there for a while. But man, that oil bath really did it for me! Now I move onto the stock... still trying to find a scrap piece of Amer Walnut locally to try my chosen dyes and finish. Also awaiting the Tru-Oil order too... But I’m in no hurry.
M

After the browning process is complete, I use a heat gun to warm the part so it is quite warm, then apply a heavy coat of motor oil (so the part is wet with oil), then let stand for a long period of time. I usually let it stand overnight or a day or two before wiping off. I use B-C or Old Time Browning solution.

Zonie said:
I'm sure it does but I don't know what it is. Most likely Sulfuric or possibly hydrochloric acid. Possibly both.
It also contains one of the copper compounds like copper sulfate. That's why if you overlap the area when you apply it, it will lay down a layer of copper on the surface. If that happens, the copper will protect the steel that is under it so no further rusting will happen.
Click to expand...

I have a number of old browning recipes, back when I had access to all he required chemicals, I mixed two and used them on all the rifles I made. The acid in all the recipes was Strong Nitric Acid (86% in water). I would imagine that this is the same and I would imagine that all the formulas are based on the same ones I used.
2
You must log in or register to reply here.
Share:
Facebook Twitter Reddit Pinterest Tumblr WhatsApp Email Link