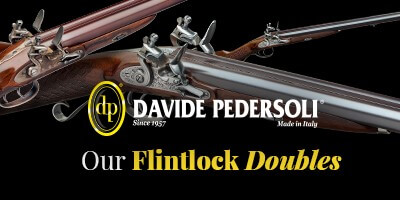 I have fixed several muzzleloaders and about 6 modern firearm stocks with Brownells Stock Pin repair kit and Devcon 2 ton epoxy, slow set and a few clamps and some pieces of leather for clamping.
You get everything ready, epoxy mixed, and apply a liberal amount on both pieces to be joined. Clamp together, then you use one of the drill bits, ( usually use the larger bit and pins) and drill probably two holes at as close to 90° as you can to the break all the way through the stock from bottom to top. The pins are 2 1/2" long so you will probably have to drill one hole from the bottom of the wrist and one from the top to get as much of the pins into the wood. The pins are threaded and and you use a small variable speed hand drill to screw pins into the holes with a little epoxy on them. The one pin will be exposed on the top of the wrist so drill the hold as close to center of the stock. Measure you pins as close as you can if they are not going all the way through the stock and mark them with sharpie so you don't screw them in too far and pop a piece of wood out on the opposite side of the wrist. When the pins are screwed in as far as needed, put a couple of c-clamps on the wrist using the leather to protect the wood and leave the gun set at least 24 hours, hacksaw or cut pin off as close to the stock as possible without damaging the stock, and dress down to the stock with a fine file. I usually put some painters masking tape on the stock to keep from scratching the stock around the pin. You will have one small brass pin showing on the top of the wrist like it was meant to be there for decoration.
This is how I have done most but the all thread is a great idea and I have don this on a couple of shotguns that the grain was a little weird to try and pin.
HERE IS THE LINK TO THE PIN KIT---- Stock repair Pins from Brownells
MIKE

Can’t begin to tell you all how much I appreciate your help, suggestions and kind thoughts. I think the bolt through the two pieces would be the strongest. Looks like lots of different ways to skin a cat. However, I took Danny’s advice, used the wood glue and three wood screws up from the bottom which are covered by the trigger guard. I then scraped the glue joints smooth and wrapped with the artificial sinew (mostly cosmetic I’m sure). Next I’ll put some finish over the sinew to hold it together. Everything I’ve read about wood glue indicates it’s stronger than the wood once it sets up. We’ll see. This “accident” happened yesterday as I was patterning my gun. Turkey season opened today! Just finished up with the repairs and should be good to go tomorrow morning...hopefully. Again, thank you all for the help. Really appreciate it.

I had a similar catastrophe several years ago. I used type G2 epoxy, wrapped elastic tubing around wrist while it set (gave it 2 days to be sure). Then ran and glued a couple wooden dowels up from under trigger guard. Probably stronger now than before. If you’re going to wrap it, consider squirrel hide- the stuff is tough enough for use as bootlaces. Shouldn’t really need it but it’s historically correct and will serve to document the history of your gun.
J

My son's 50 broke in that same location 20 years ago. I used slow set epoxy and also drilled cross holes through break that I inserted brass pins through also coated with epoxy. After everything cured just filed pins off to match stock contour. And cleaned off epoxy squeezed out of joint.
H

I had the same break on one of my guns awhile back, well, longer than that! But, I drilled a hole from the bottom up and than glued the break with epoxy and installed a round dowel with epoxy on it and let it set up, stronger than before the break. Be careful and you won't even see it.
F

AZ Muzzleloader has the right fix. I’d use two smaller threaded rods, epoxy together. Stock will have to be refinished, or you can wrap it with your choice of wraps just to avoid the refinish. Very strong, better than original.
Heres a period wrap if you prefer. 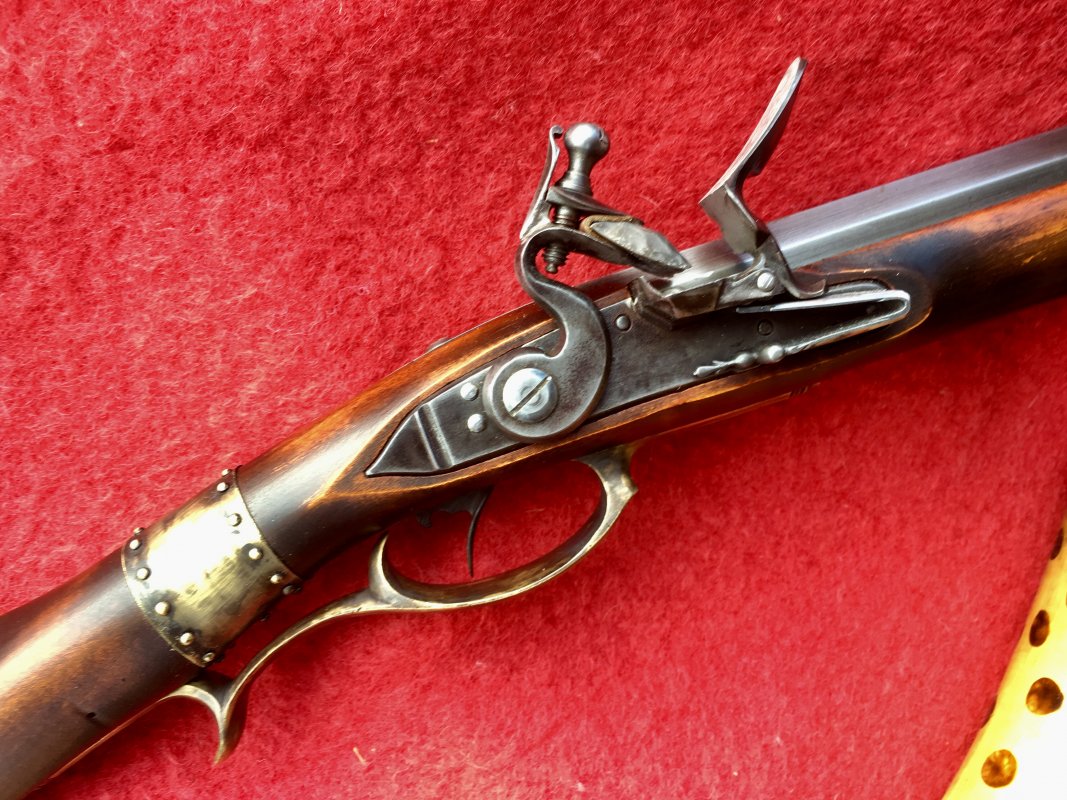 AZ, how did you line up the holes ? Seriously!
R

Wood/carpenters glue is much stronger for wood repairs than is epoxy. Make sure you get a brand made for outdoor use so it is waterproof.In The wood will break far easier than the repair line.

We drilled the stock in both directions about 5" deep (staying on a fairly straight line helps). Oversized bit compared to the bolt, intentionally. Break was clean with very little wood loss, so mixed up epoxy bedding compound, filled both holes generously and pushed together. We did "practice" fit everything before the epoxy and found where we could place clamps to apply pressure without the joint slipping. It certainly helped to have more than one set of hands.

Not saying it is right or wrong.
When I asked a well known gunsmith about putting a metal rod/bolt whatever in the wrist he told me that over time and taking the gun from freezing in the winter to hot in the summer that the metal and wood would expand and contract at different rates and if there was no give between them over time it would crack again. I have not tried it so I do not know, but its something to consider.

I understand the concern. Not sure if oversizing the hole and the bedding compound will take up some of the difference in expansion rates.. I know an old gun builder that puts a rod in every pistol he makes. Been doing it for years. I'll certainly update the forum if the repair breaks down.

Artificer said:
Artificial Sinew is actually (I think) Nylon thread that is colored and waxed to somewhat resemble real sinew, though it is fairly easy to tell it isn't. It is not susceptible to water, rot or stretching much at all. Unlike real sinew, it comes in lengths far longer than real sinew taken from deer, elk, etc.

In the old days, a broken wrist was repaired by inletting brass or iron plates with screws or pins on both sides of the crack. Also and even easier, a piece of rawhide was wetted, stretched around the wrist and then laced or sewn as tightly as possible. When the rawhide dried, it was a very sound repair until the rawhide got soaked through and thus supple again.

FARB - originally it was derived from "far be it from the truth" and later made into an anachronism like "Fast And Researchless Buying" and other things, some of which can't be written on a family friendly forum. The word has morphed even further into "Farbish" which is an adjective, "Farby" that can be an adjective or an adverb, "Farbfest" which describes an event with little or no regard for authenticity, "Farbelicious" meaning a food that is not period correct for the season or location or time period, but we eat and enjoy it anyway, "Farbarossa" meaning one who unerringly defends inauthentic items even when shown it did not exist in the period - and the list goes on and on. BTW, authentic re-enactors coin and use many of these terms to even make fun of ourselves.

I use the stuff on my bows sometimes but was criticized for it.

Personally, as far as I am concerned use what you got and if it works roll with it. However, now that I am part of a group, I need to be cognizant and kinda follow the groups rules so that I don’t slight any one.

oldwood said:
Epoxie is much stronger than Elmers , and the drying takes 15 min. which allows time to make adjustments for perfection matching the two halves. I've used this one a time or two...... Get a couple 2 1/2 " long #10 drywall screws. (Drywall screws are hardened and won't bend.) Position the screws vertically one above the other as the torque on the wrist from loading the gun will be there , and not in a horizontal direction. Drill the screw holes in one half the break first , tighten the screws tight and cut the heads off. mark the other half of the break and drill two "sloppy fit" blind holes where the other ends of the screws go. Try the fit of the halves to make sure it's perfect. Use Five Min. Epoxie and be prepared to hold the pieces together until the glue slightly sets and is where it will be forever. Once the glue is slightly past the "rubbery" state , carefully remove the excess glue from the outside of the repair. Set the gun muzzle up with no stress on the wrist , and it should be range ready tomorrow. Be brave , rehearse what you are doing and just do it..................oldwood
Click to expand...

This is what was done to repair mine.

French Colonial said:
Danny Caywood suggested Elmers wood glue, not the same as Elmers glue and the glue will be stronger than the wood around it.

Danny made the gun and I am sure this is not the first one that has broke....listen to him.
Click to expand...

Tight Bond II or III are excellent on these types of repairs, stronger than the wood itself, weatherproof, very easy to work with and clean up.
O

I have also used the all thread through the wrist , plus quick set e-poxie. Neither of the fixes have re-fractured with over ten years of use............oldwood
B

You could always do what Pasquinel did to Alexander McKeags rifle after he dropped it.

Boiled rawhide bound around the wrist.

Well, I've been a woodworker since my late teens . . . I'm 68 now. Years ago I used Elmer's as that was about all that there was except for hot hide glue. Things have come a long way since then. Titebond III would be my choice. It's incredibly strong and . . . it's absolutely waterproof along with plenty of set time. Epoxy would not be my first choice. Don't get me wrong. Epoxy is good stuff. Just not for wood.

Just talked with Mike on the phone. He advised if you're opposed to a metal rod, a hickory dowel might be a good substitute. Cut grooves in it like dowels for furniture pinning. Along the same lines, from a practical point of view, he's never had an epoxy repair fail. Seems to be more than one way to skin a cat.

I watch mark novak a gunsmith on youtube. Heres a stock repair video.

AZ Muzzleloaders said:
Just talked with Mike on the phone. He advised if you're opposed to a metal rod, a hickory dowel might be a good substitute. Cut grooves in it like dowels for furniture pinning. Along the same lines, from a practical point of view, he's never had an epoxy repair fail. Seems to be more than one way to skin a cat.
Click to expand...

i have wonder that.
i have not done this type of repair, yet. my thoughts on the rod inserted into the stock lengthwise.
i would think the hickory dowel would accept the glue better than steel or brass. then run the screws in from under the trigger guard with no change of hitting steel.