What Muzzleloading Stuff Did You Do Today? 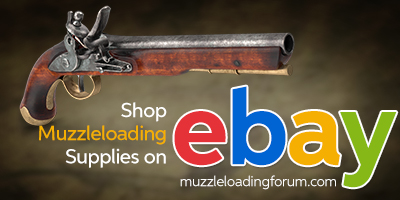 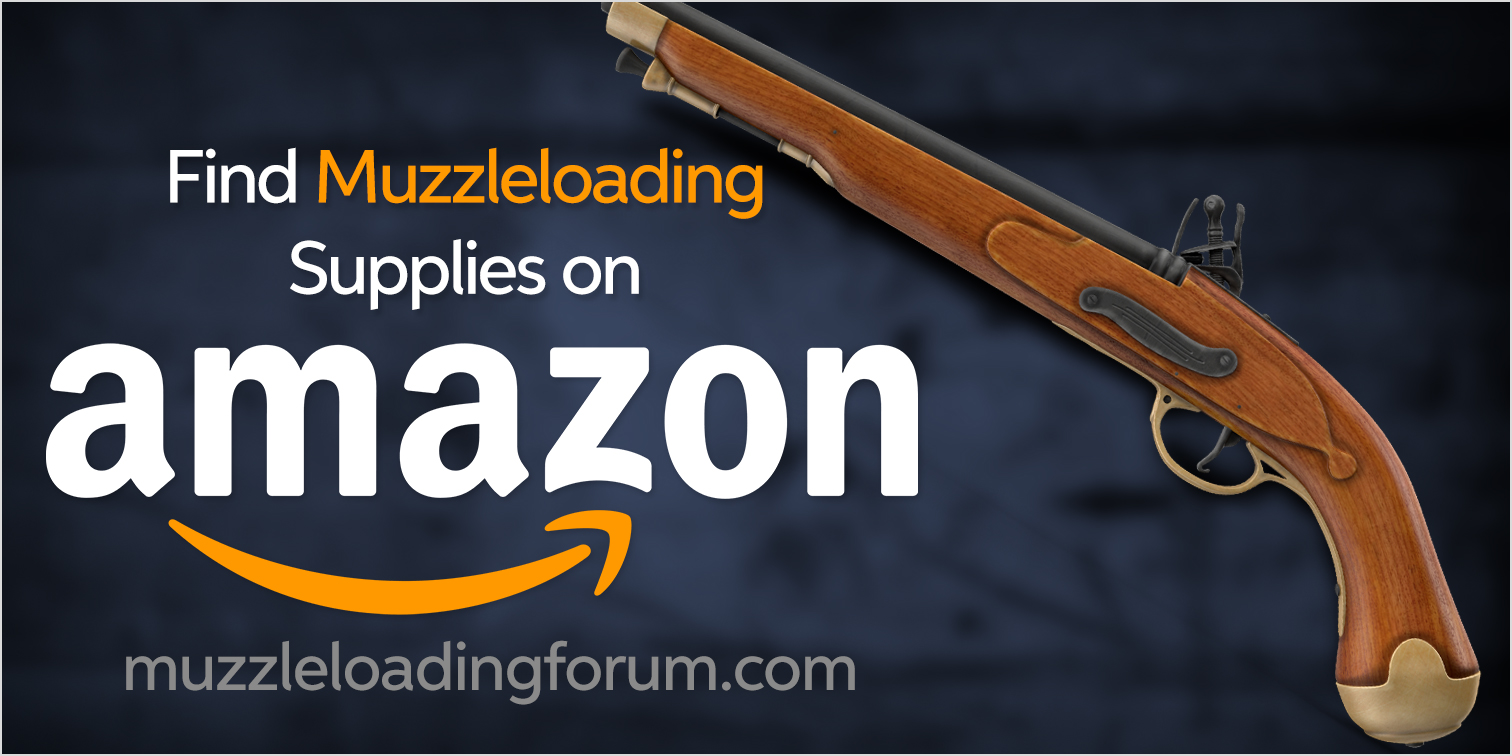 bang said:
Still have the old broken one
Click to expand...

View attachment 137351
Still have it. Here's a doodling. Only two estimates were 300 plus. I'll give it some more time but already have a plan to cut out this box lock so I have a tang and mount it all in a TC stock if I can't get a spring.
B 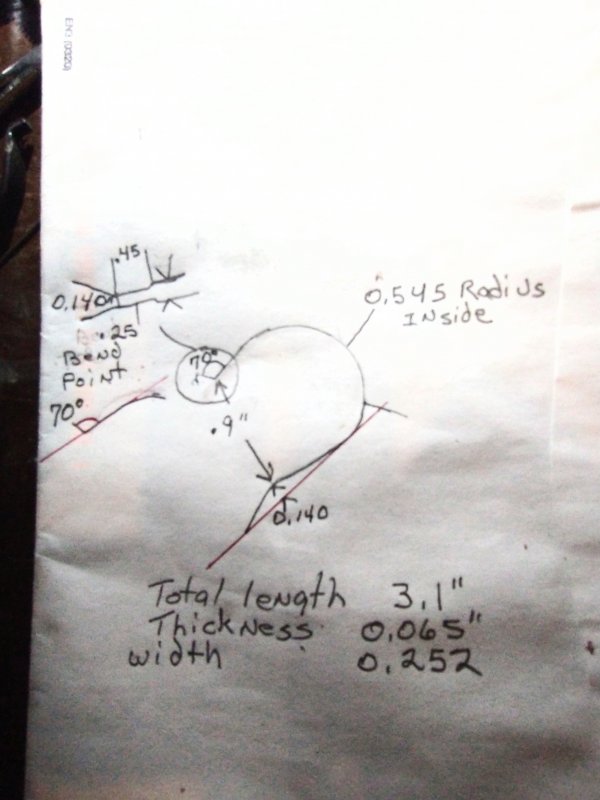 Only two cost I've received were 300 plus. I'll give it more time but looks like cutting out the box lock and putting it in a Hawkens stock going to be the route to go if one can't be found.
M

Went out to the desert spot and shot the .45 Bill Large barrel rifle, unknown maker, and it did well. Also a .45 cal Ky pistol and it did good too. A nice morning.

As a member of the Gemmer Muzzle Loading Gun Club, I worked the firing line at the Hawken Classic. The original rifle was fired about 180 times over the weekend. To my knowledge there were only 3 misfires. Each time it was related to cap debris blocking the touch hole. Light loads of 30 grains of 2fg GOEX powder were used to send the 0.495 ball down range. We used 0.015" pillow ticking and spit for the patch lube. A Gemmer Member loaded the rifle. Shooters capped and fired. We wiped the barrel with alcohol between shots. We did not have fouling build up to block the flash channel.

Due to my recent shoulder surgery, I was not allowed to fire the rifle. I was very sad about that. I thought about cheating, but in the long run I just held the rifle to my shoulder and called out bang to get the medallion indicating I had fired the rifle.

The rifle is heavy at 14 to 16 pounds, but balances well with the crescent butt plate nestled above the bicep and resting across the chest while supported by the elbow resting on the side ribs. Those who shot it, found the sights to be right on and the set trigger very light.

I know of at least 5 other members of the Forum besides @Kabulrocks who were there. Who else?

Ha! You number your kids too! I took my #1 to the Hawken Classic. He had a great time.

Kabulrocks said:
Ha! You number your kids too! I took my #1 to the Hawken Classic. He had a great time.
Click to expand...

Oh, you guys number your kids? I thought #2 was his wife ! I was thinking if I called my wife #2 I'd be dead. Haha

I got up, rubbed my eyes, saw my collection was intact. Went back to bed. Rain again. Dale

Kabulrocks said:
Ha! You number your kids too! I took my #1 to the Hawken Classic. He had a great time.
Click to expand...

They’re twins lol!!!
Really sorry I missed the Hawken gig! My Pards were there, the Arrow Rock Stock and Trading Co!!!

Dreamed about shooting BP with my new grandson. He was only born last night but one day…

RanchRoper said:
Dreamed about shooting BP with my new grandson. He was only born last night but one day…
Click to expand...

Congratulations on your new grandson.

RanchRoper said:
Dreamed about shooting BP with my new grandson. He was only born last night but one day…
Click to expand... 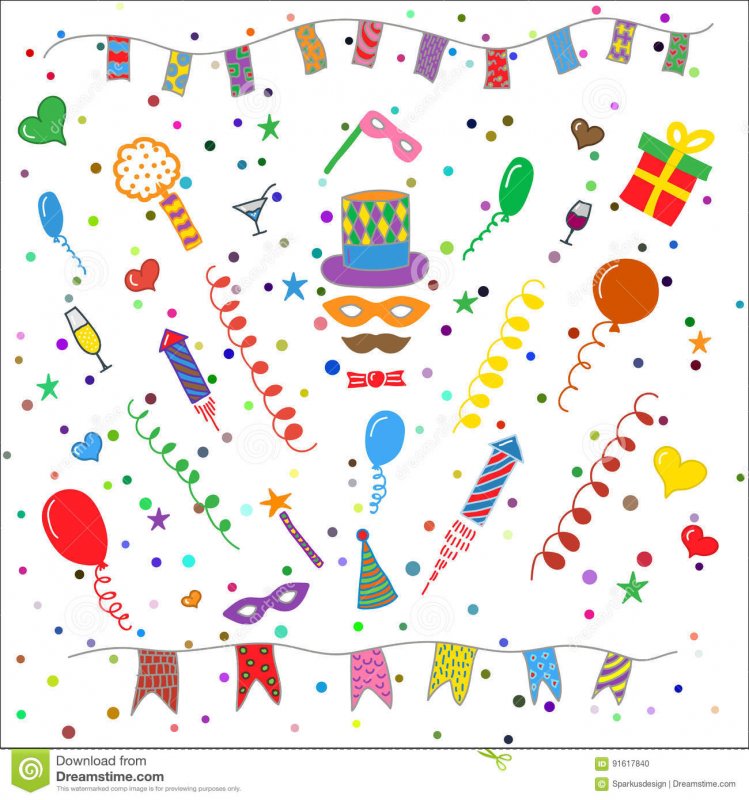 my wife would be happy with that!
B

Hello everyone finally made it to the range today with a custom 50 underhammer I bought from a feller on another forum it's short and sweet and likes both roundballs and Lee Real boolits 250gr pushing them with 70gr of FFF GOEX no open sights on it so I mounted a 4-12x40 scope I had laying around got her dialed in at 25 yards took a few shots to get there but that's part of the fun.

Nice rifle what brand is it
R

R Ellis said:
Nice rifle what brand is it
Click to expand...

Dummy me it says custom
B

Thanks I've looked every where no name or marking of any kind not even the caliber, I even shot a couple of TC maxi hunters and they shot to the same point as the real boolits has a great trigger, wish the feller I got it from had given me more info I really need to contact him and see if he does know anything else. I got it in a package deal with 2 other BP rifles.

started cleaning up my work space so i could find the pistol i'm building.
took 4 hours to find the bench top. then i got distracted by the Mortimer replacement stock that has been sitting in a cradle for two months.
rasped on one side of it for a while. now i can't see the bench top again. never ends.
made another pound of fffg. was getting low.
G

It’s a sunny day west London just messing around on patio. I cleaned up the breach plug with a dremmil added nipple and barrel. Looking good I’ll need to make a percussion hammer need to use my sons bandsaw this weekend he’s 90 miles west in Cirencester barrel 31” long ,625 bore 1-28” twist slab of walnut was £55 a lot of cracks opening up one more for my collection of wall hangers. France no wall hangers there.

What do you hunt with your traditional muzzleloader?
2 3 4

What are your specific offhand shooting exercises if you do any?
2 3 4

What have you done to further the muzzleloading hobby?
3 4 5