Spikebuck said:
I have a "soft spot" for non-typical antlers. When I saw this buck on camera, I made up my mind that I'd take a shot if the opportunity presented, even though he really needed at least another year of age. You can't readily see them all in the trail cam photo, but he had 7 points on his right antler (basic 5 with a drop and a small sticker point)....two on his left. I had nicknamed him "Score=0." 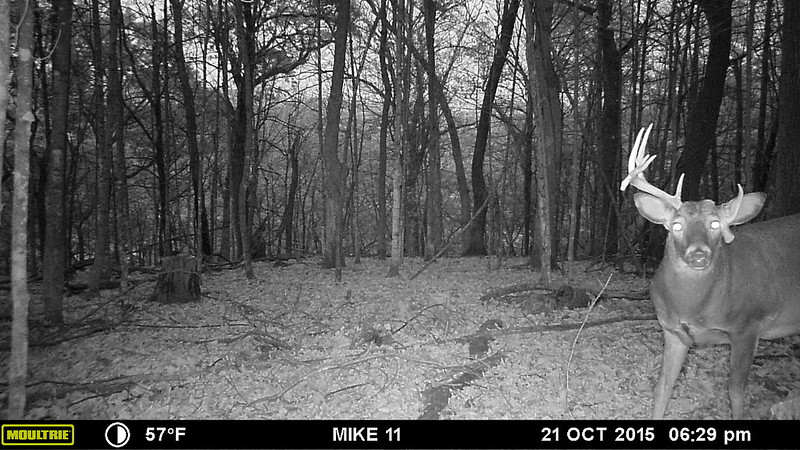 Two weeks later and 3/4 of a mile from where the trail cam photo was captured I had my opportunity. Unfortunately, he had broken off a good chunk of his drop tine sometime during that period. Because his antlers were such an oddity, I had him mounted. The taxidermist told me that his skull was broken all the way from the back, past the pedicle, down through the middle of his eye socket, and to the top of his jaw! I bet that poor guy had quite a headache for some time....perhaps permanently. A fiberous hard black substance had filled in the crack in the skull. Whatever happened to him was so severe, the pedicle was forced into an odd position and stayed there making his left side main beam grow down then being broomed off...I assume as he fed and rubbed it against things while eating. 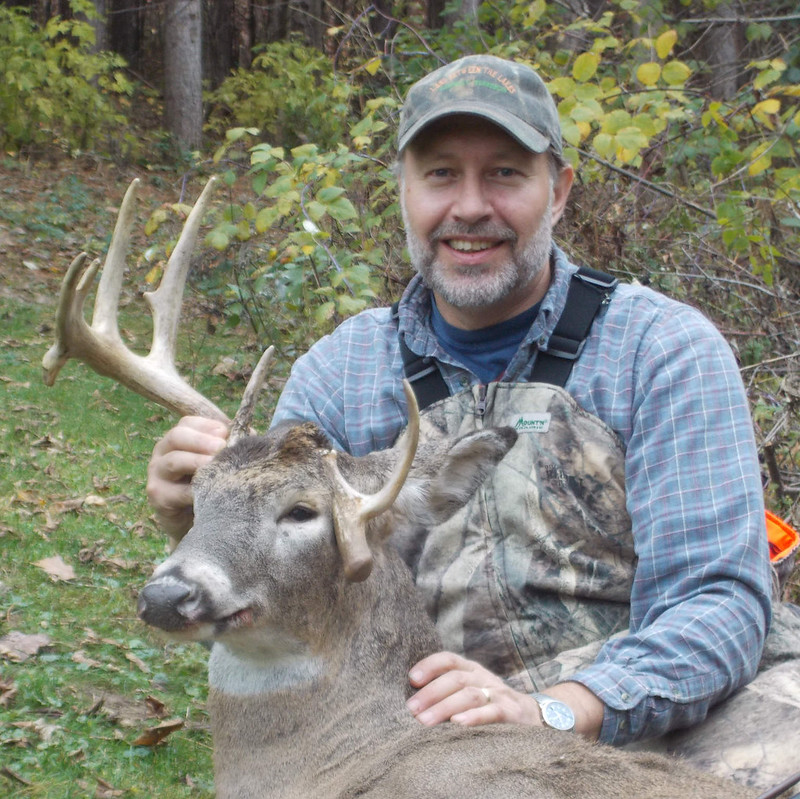 I have a guess for you; I once tracked down a smaller 6pt. that came by me dragging a nearly shot off rear leg. About a half mile into the track I heard the most awful moan/groan sound from about fifty yards away; it was the buck; he finally lost enough blood that he couldn't get over a wire fence. He got one side of his rack hooked in the fencing (the 4" square style) and in trying to get out he snapped his skull in half. Of course I put him out of that misery with my .50 Hawken.
L

These are several years old..., 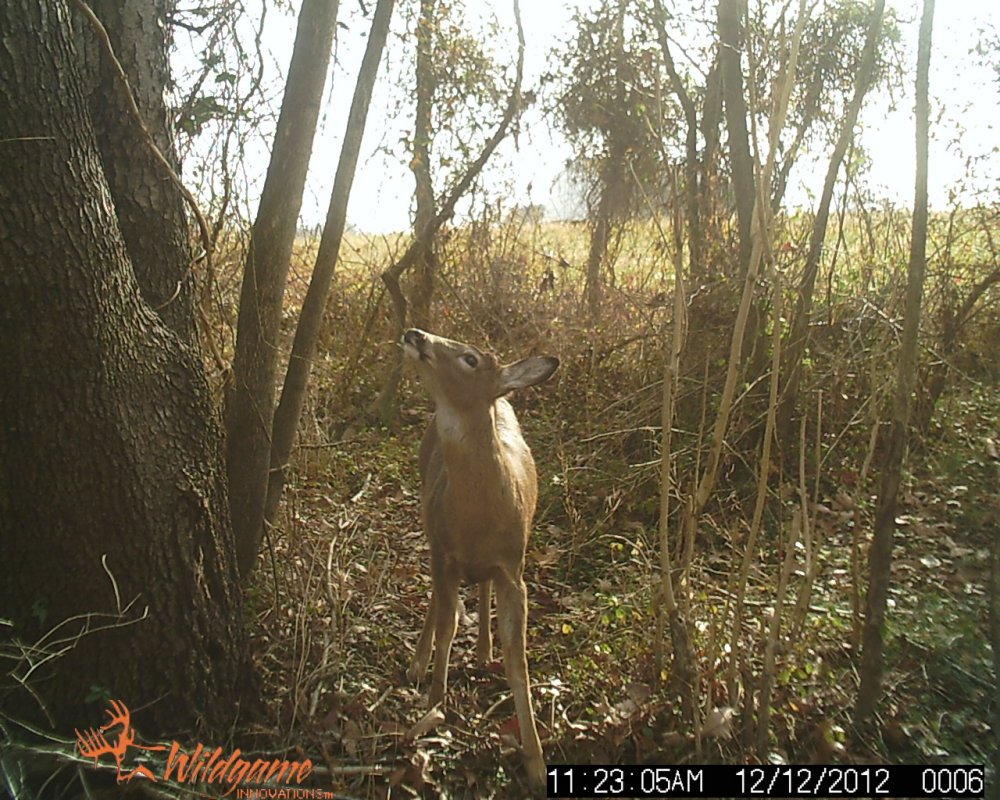 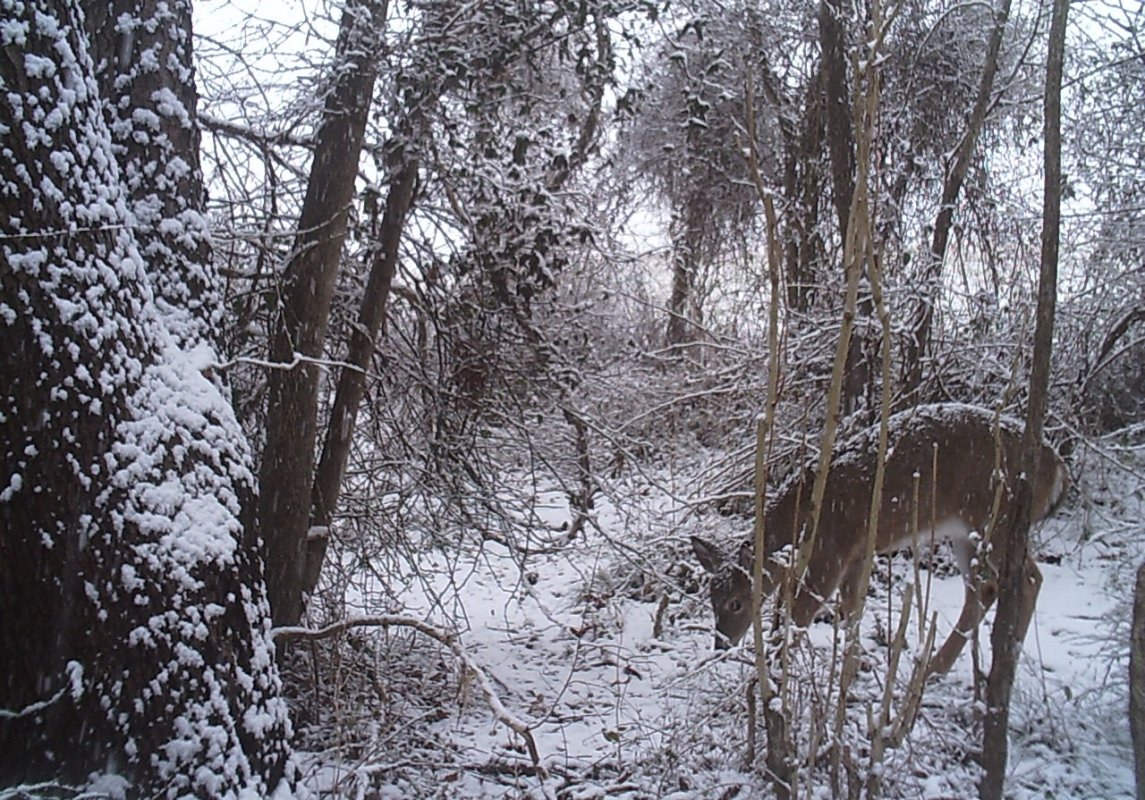 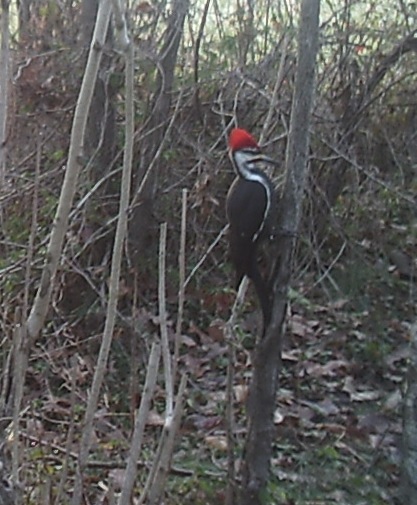 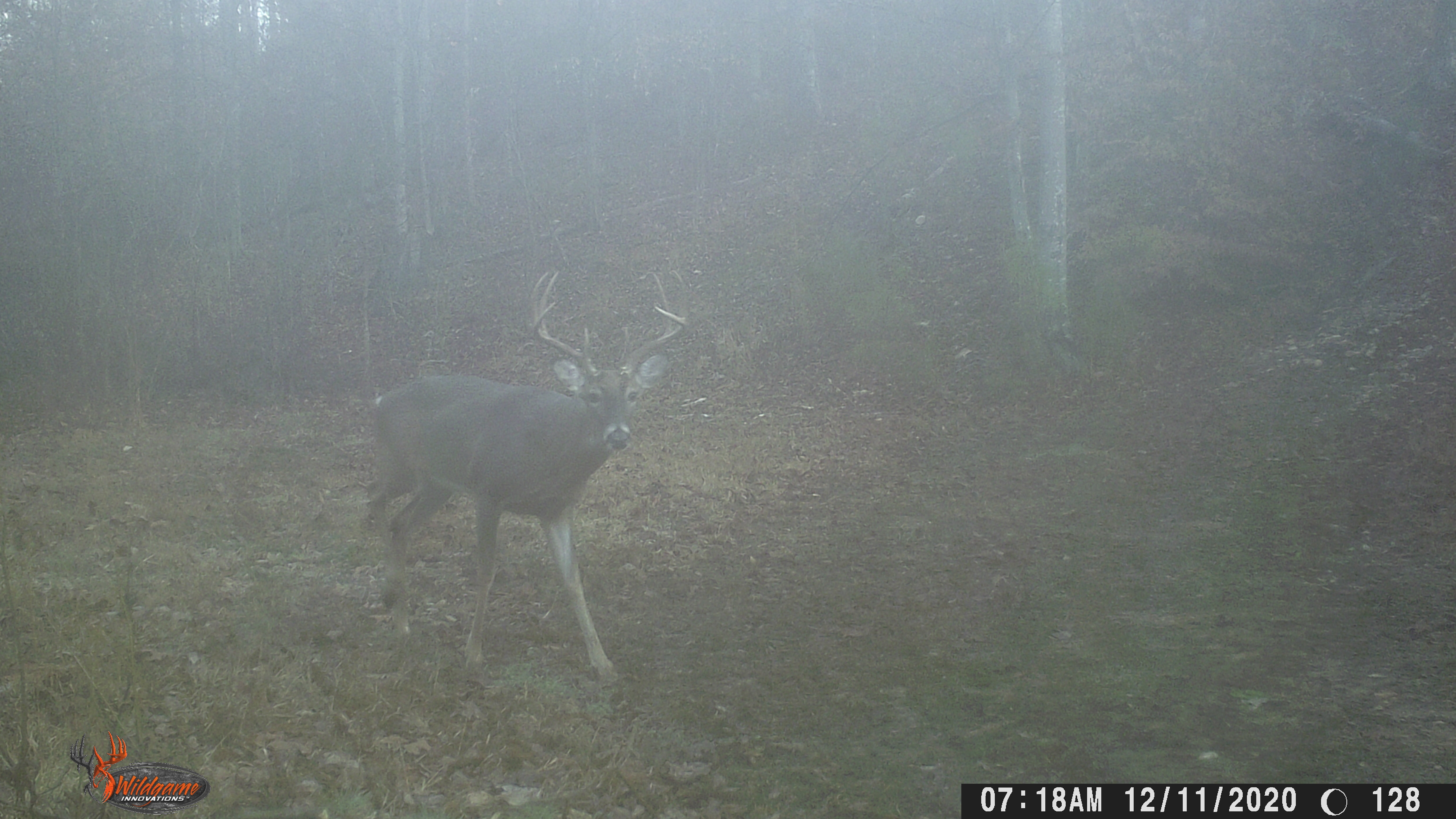 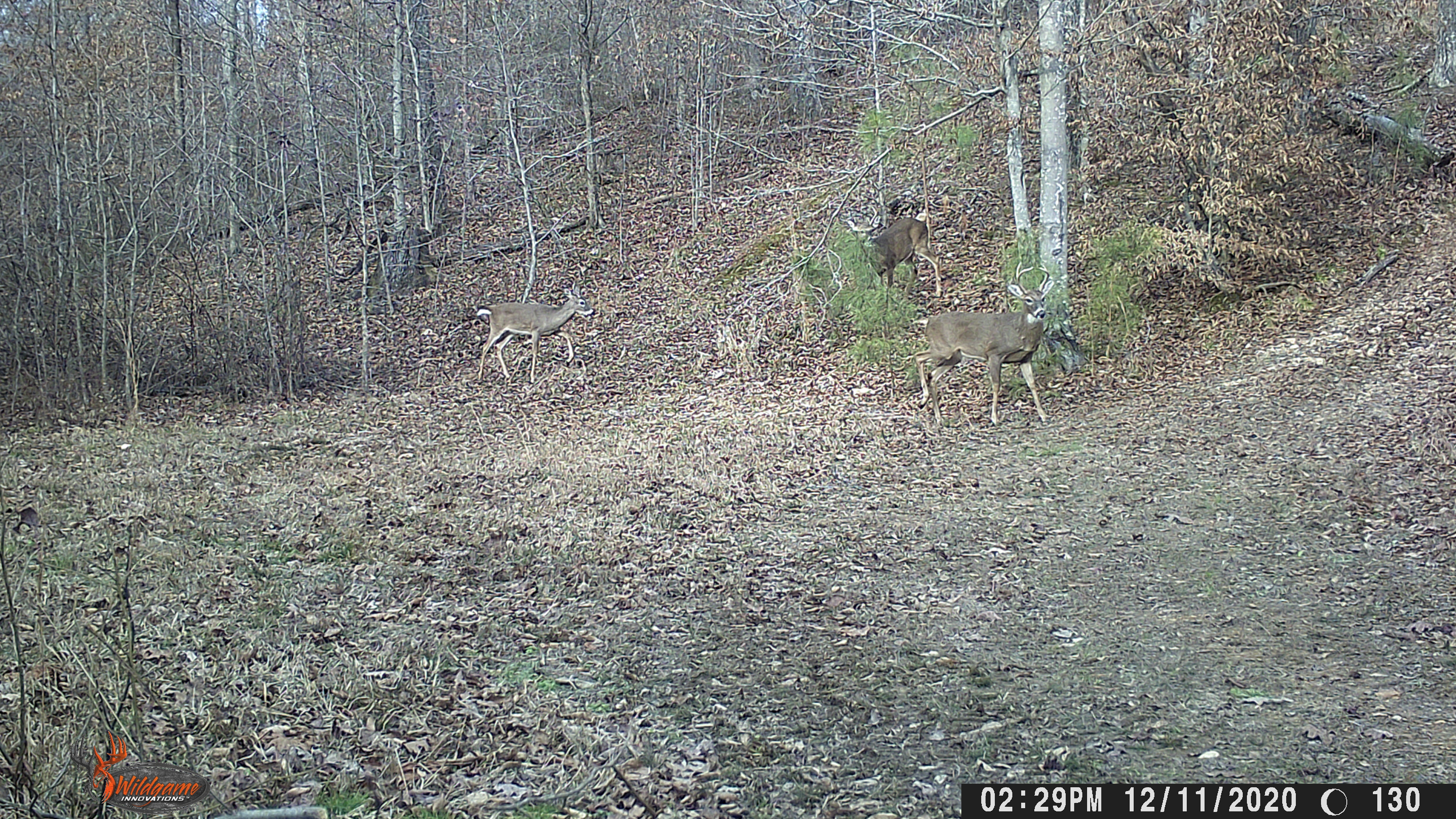 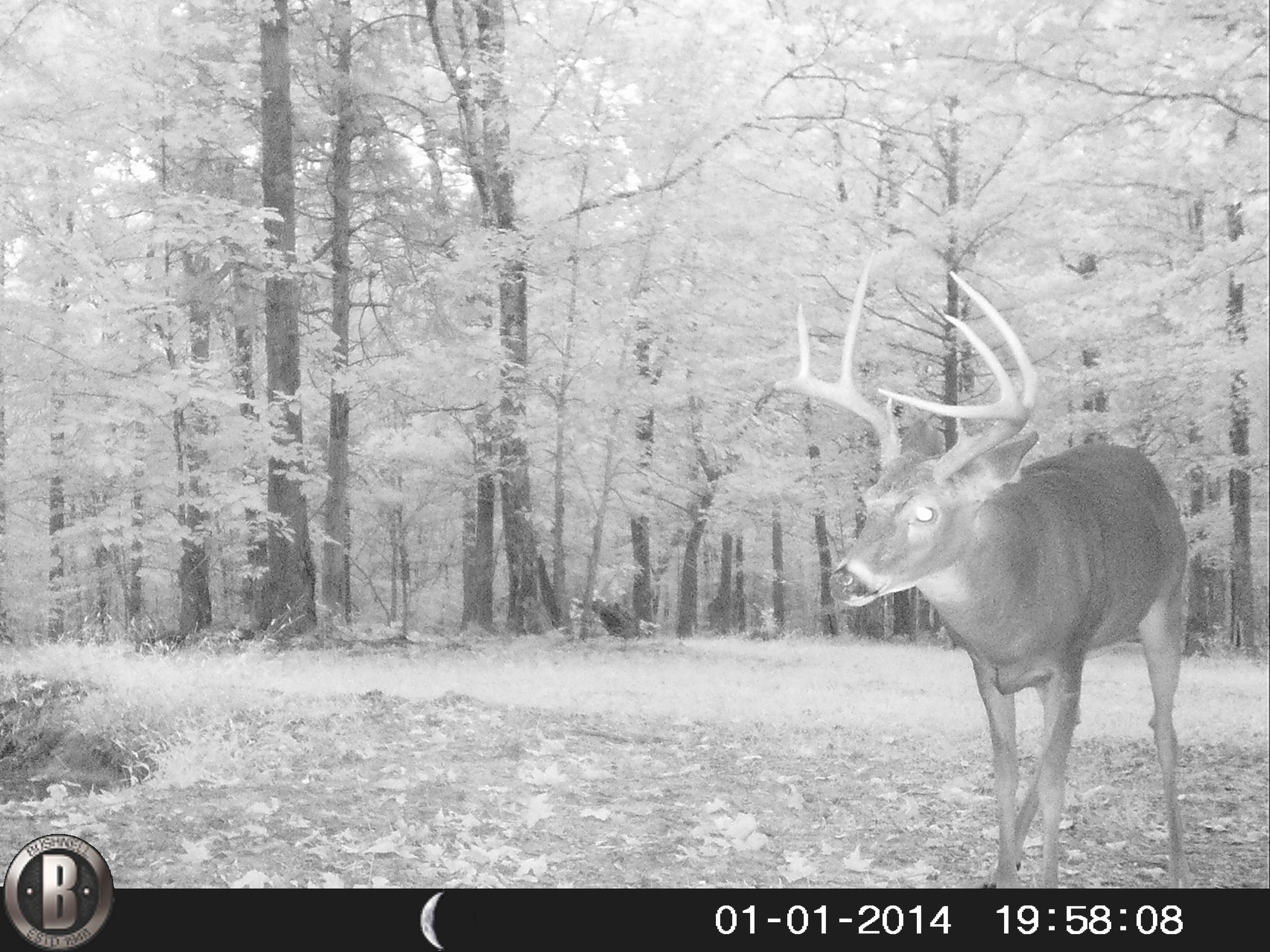 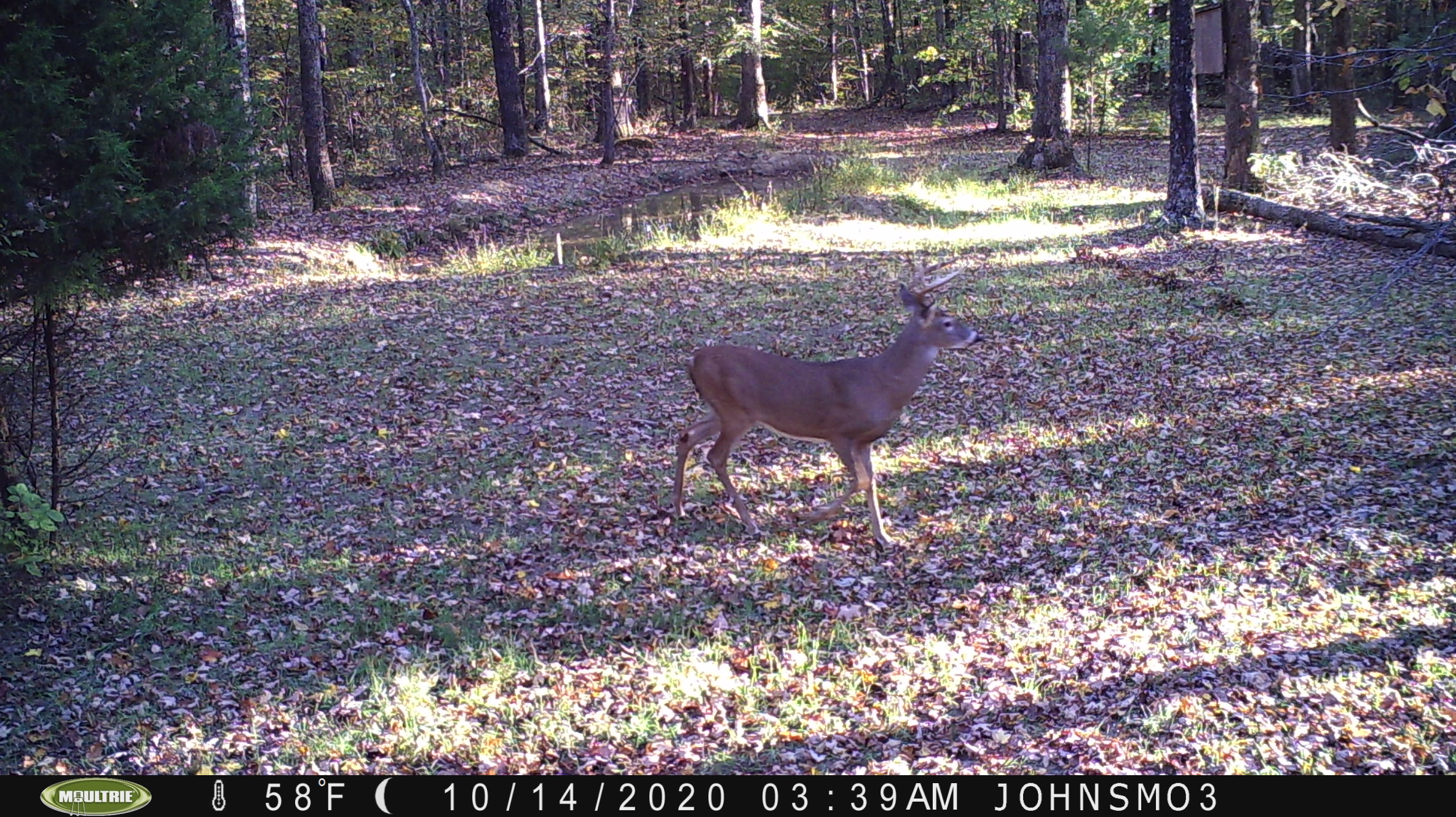 dragnetbill said:
I have a guess for you; He got one side of his rack hooked in the fencing (the 4" square style) and in trying to get out he snapped his skull in half.
Click to expand...

That's certainly a possibility. So many things can happen to them in the woods. He could have been hit by a car or just run into something. One year my Dad shot a buck which then whirled to run down the hill. He almost immediately smashed head first into a big tree and broke his skull in a very similar manner as to Score=0. You'd think the antler would break off the pedicle before the skull cracks, but those buggers are on there but good!
Last edited: Jun 22, 2021 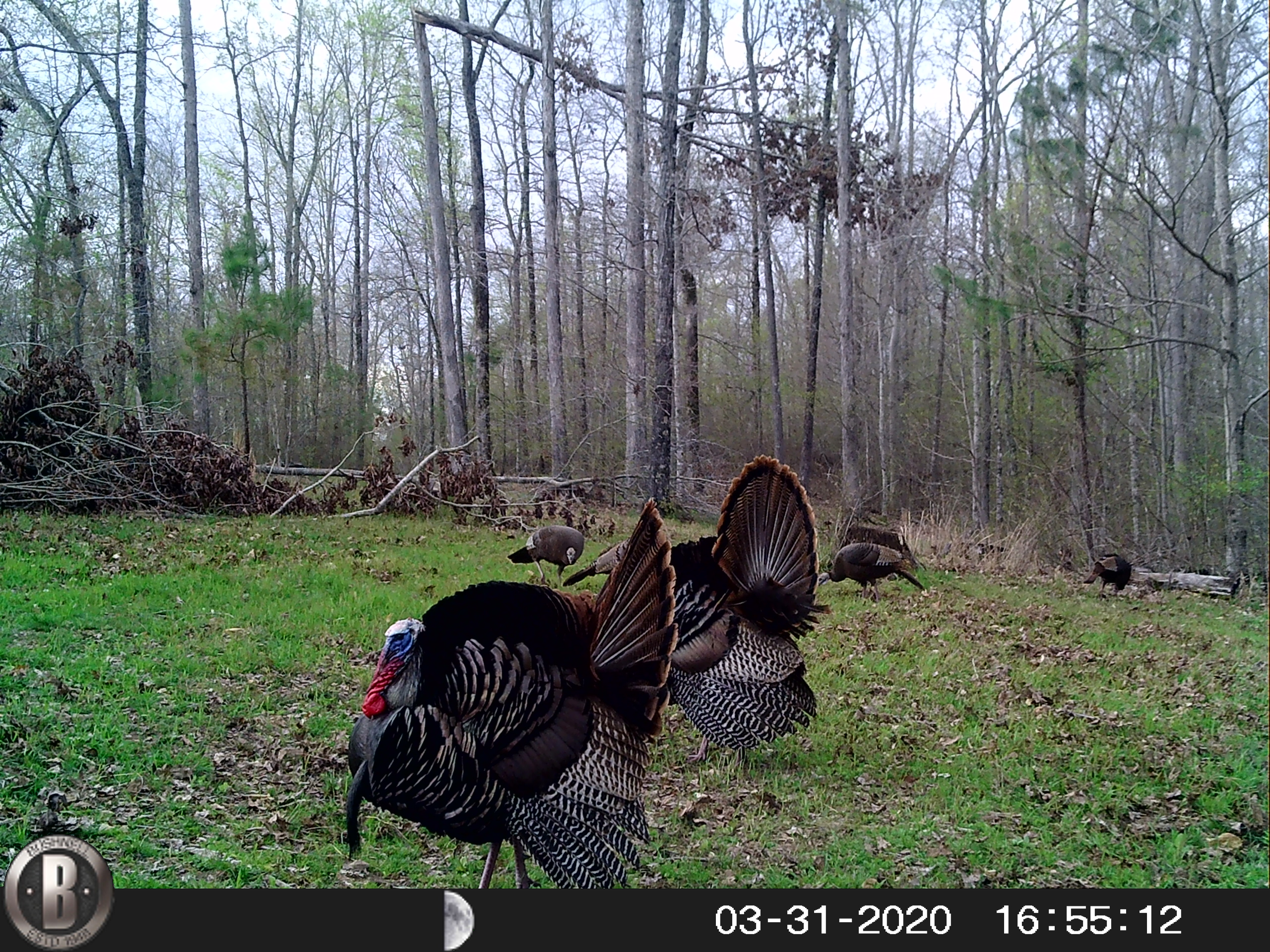 I saw a ground hog -no camera needed-cross my yard the other day.
Does that count? 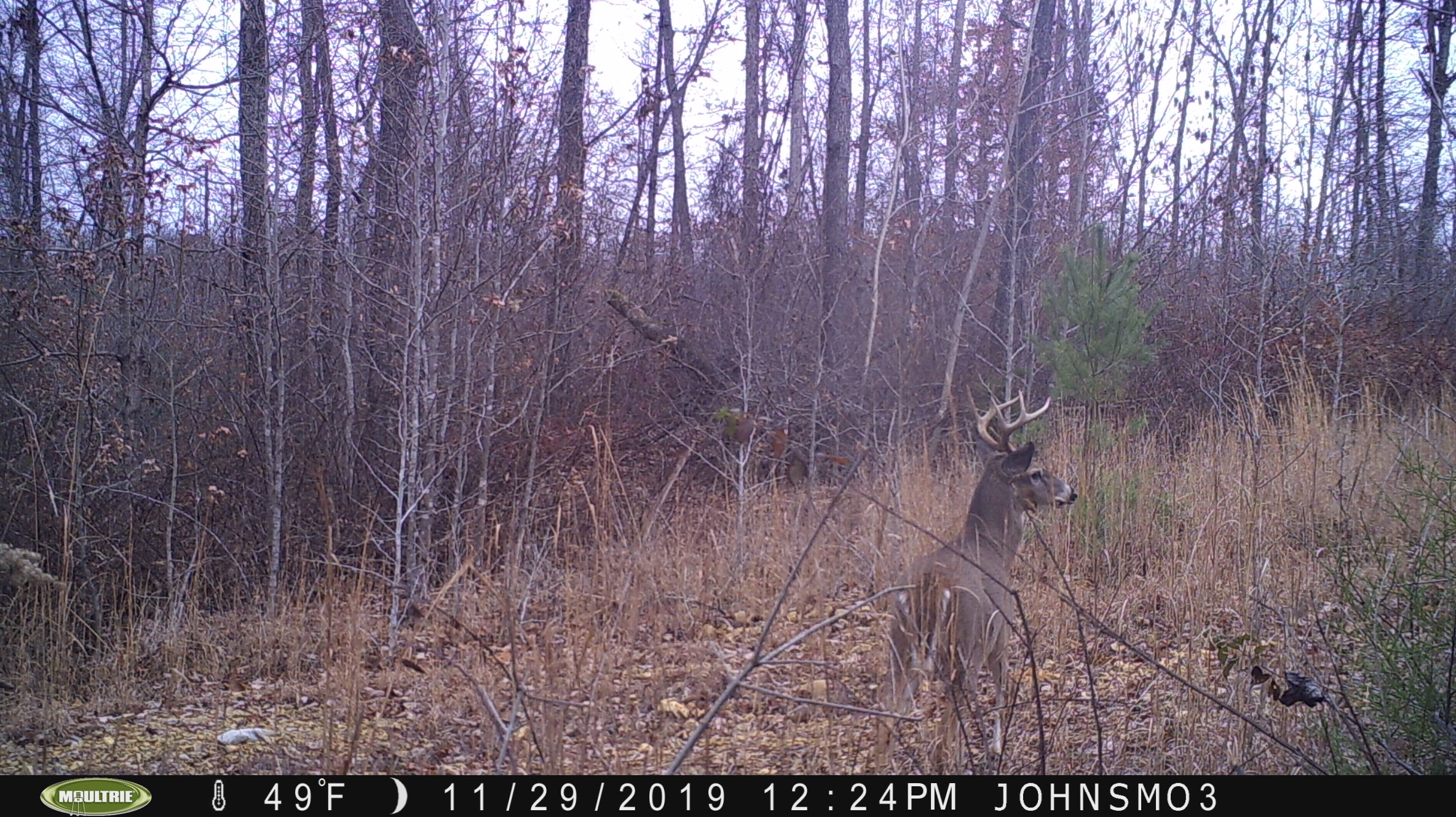 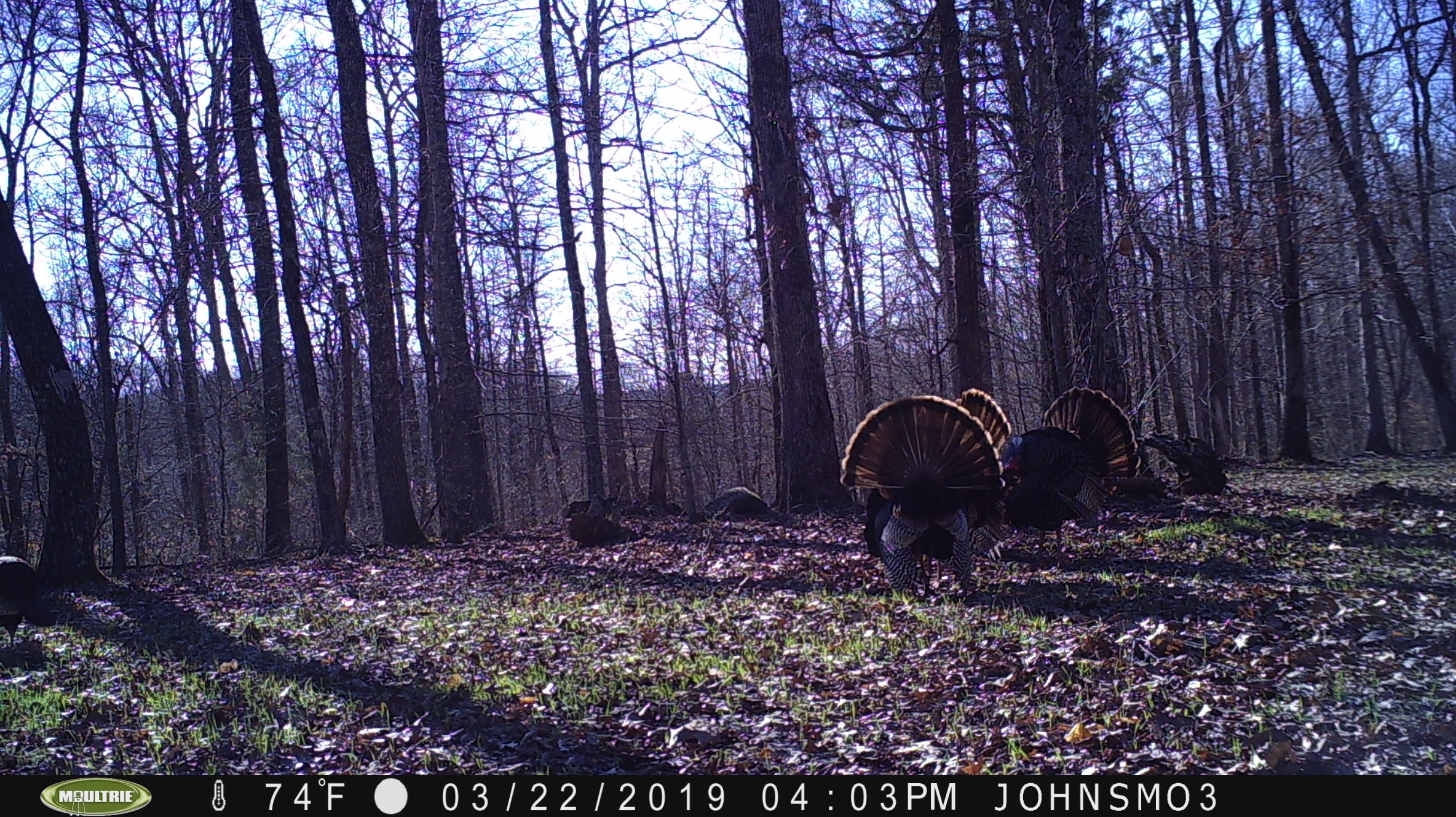 oldwood said:
He could almost pass for a bicycle that lost it's wheels. In time he will turn into a shooter buck , and , UMMMMMMMMMM ,that meat.
Click to expand...

Down here in the Ozarks that's eatin' size! A native Michigander who I used to work with down here used to rag me about the size of our deer. He called them 'poodles'. I said, "Well, it's the 'Quality' of the meat, LOL! Besides, I can drag one of these out without a Minneapolis Moline!

Meet "Mr. Mess." This buck had a mess at the base of his right antler. He had three brow tines comingled as well as the long double point growing straight out. He also had a small sticker on that side. He broke off a tine while in velvet on the left side as evidenced by the acorn point. He's just finishing shedding velvet in this pic and pieces are still hanging on. Being a lover of non-typicals, this buck was the one I wanted that year. Unfortunately, just a month later, he broke off the ENTIRE right side. Just a stump left. One of the guys on the lease had him walk right under his stand and he said the stump was all hollowed out. 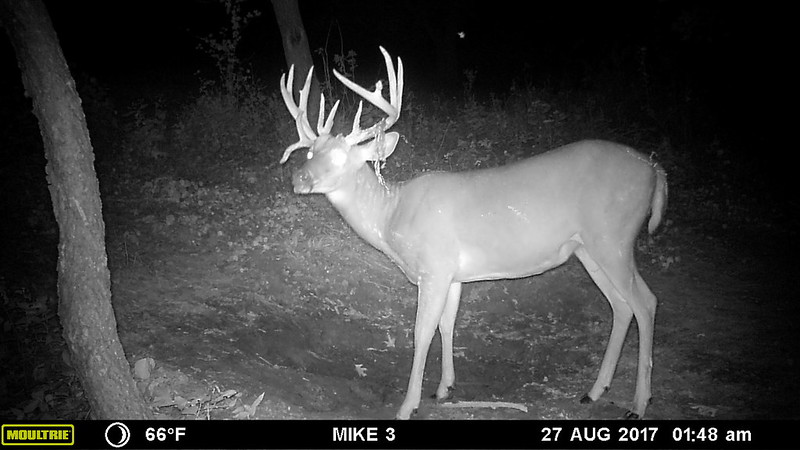 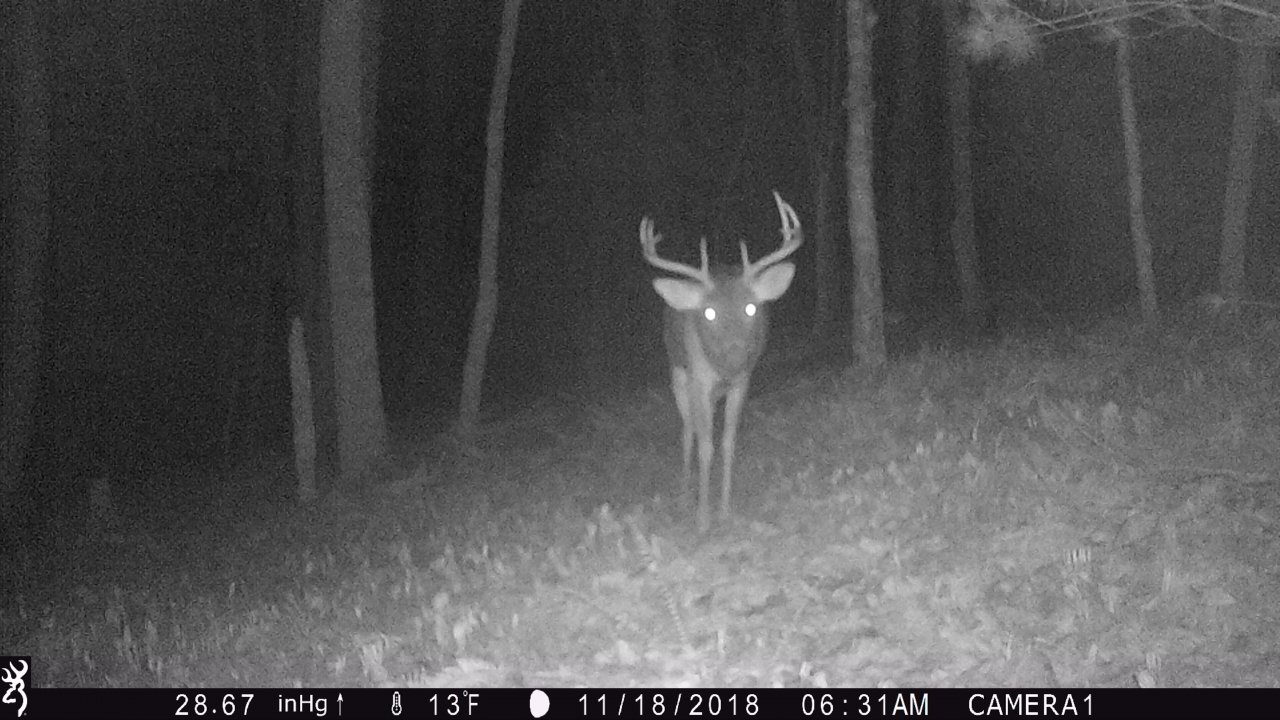 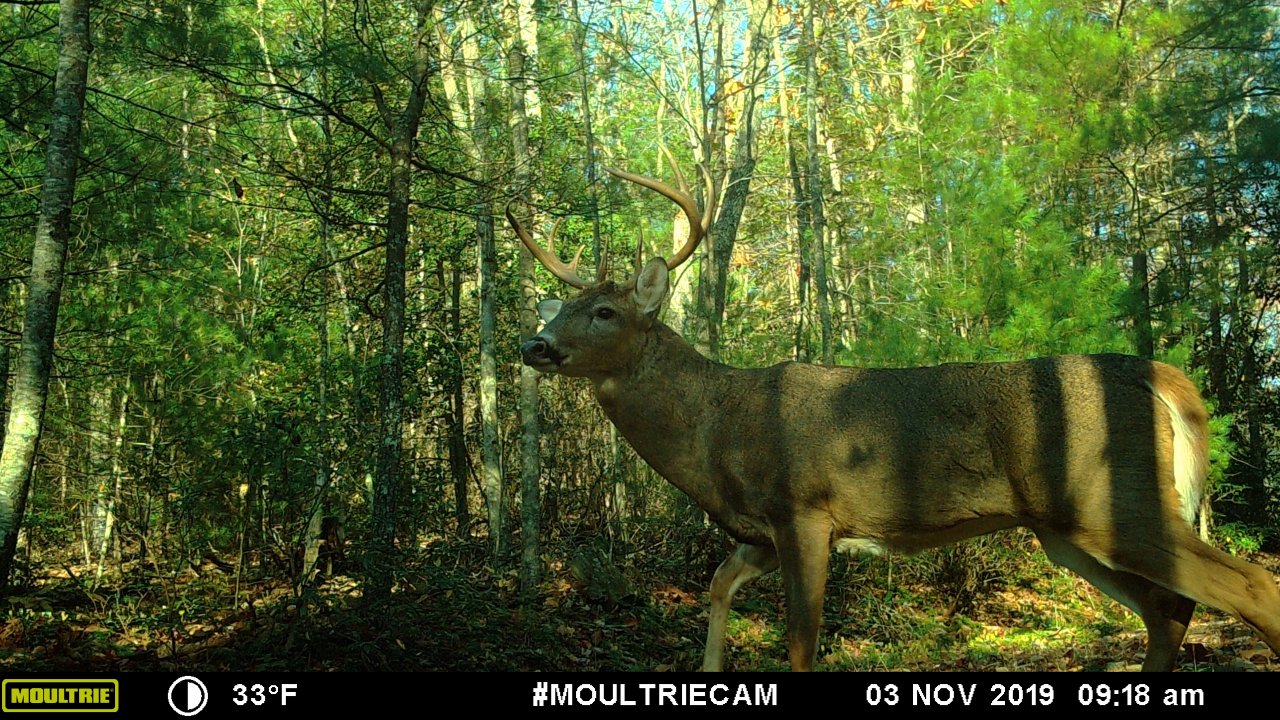 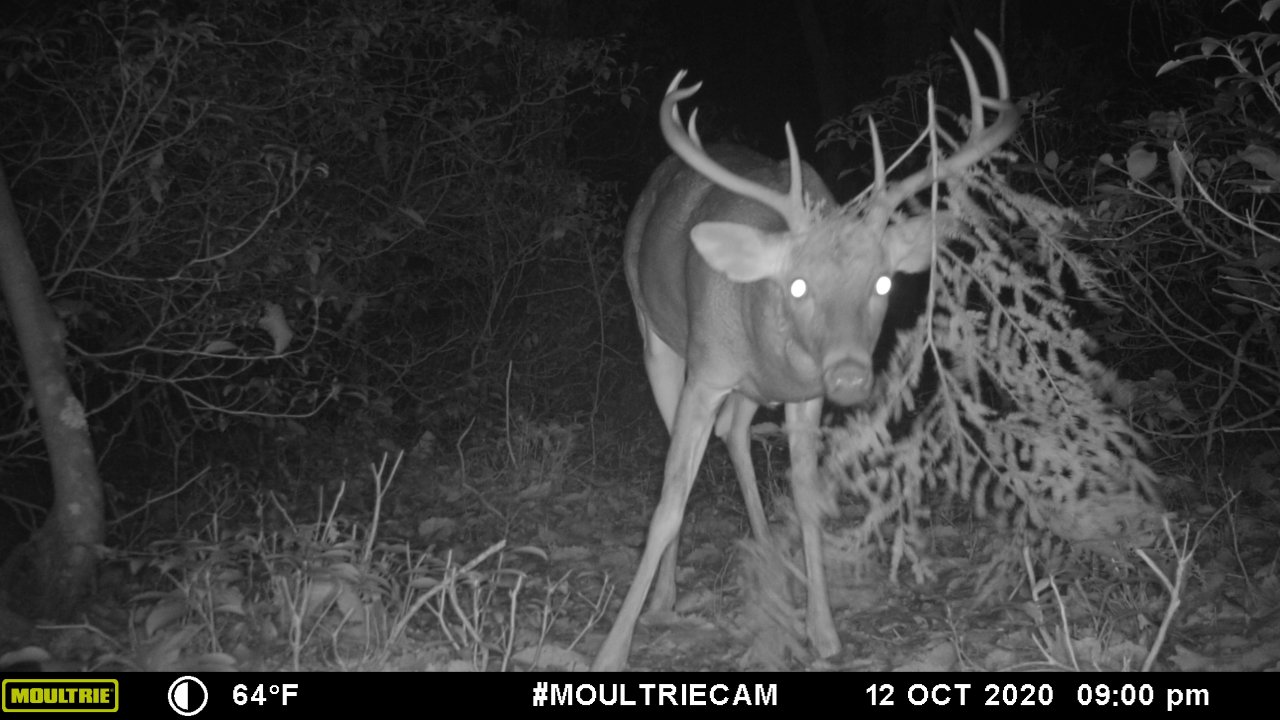 That's really cool when you can watch a buck over several years.

I've only had a few that I could clearly say it was the same buck year after year. Around my area, the difference in antler size/mass and body bulk of a buck changes drastically between 3 1/2 and 4 1/2 years old.

Just a few on my work computer. The big guy on the bottom is still growing. maybe this year he will mess up! Look close on the left side of the turkey pic.

don't walk away mad,,,come back and see me tomorrow,,,but i never got him

excess650 said:
Over the years I've had a number of cameras disappear, stolen by trespassers, but have gotten a bit more creative in "sets".
Click to expand...

Spikebuck said:
One thing I do is to use a security code that must be used to do any setup on the camera or turn it back on when changing cards, etc. Then I use one of those little "ribbon" letter makers to put a sticker on them that states "Sec Code Required." I don't know if it helps anything, but I've never had a camera stolen....yet.
Click to expand...

I've had numerous knuckledraggers on camera, but neither Ol' Sas or the longtailed cat have been photographed.
A 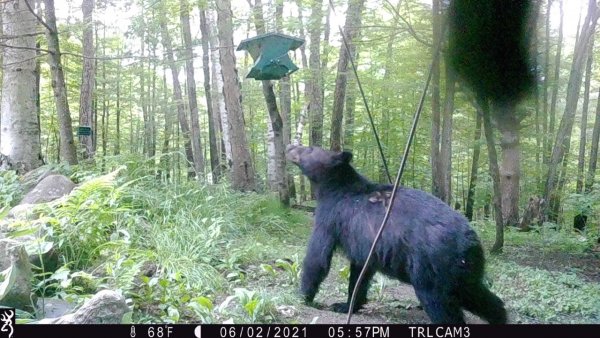 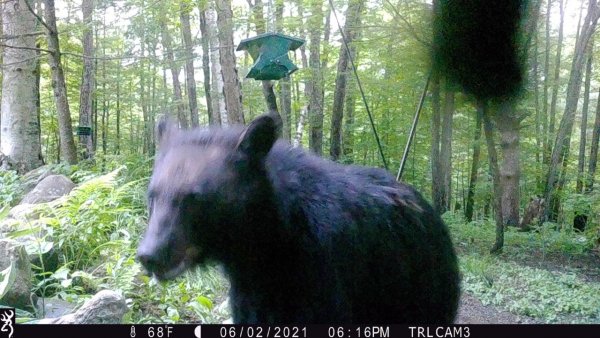 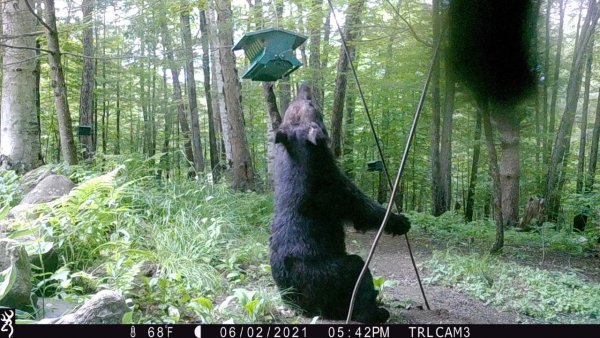 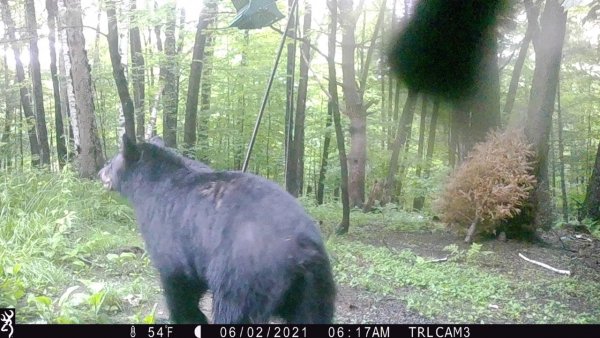 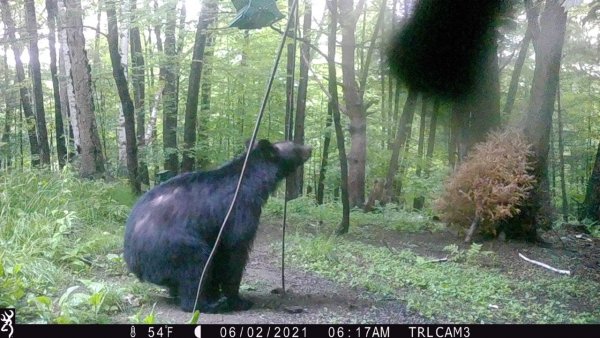 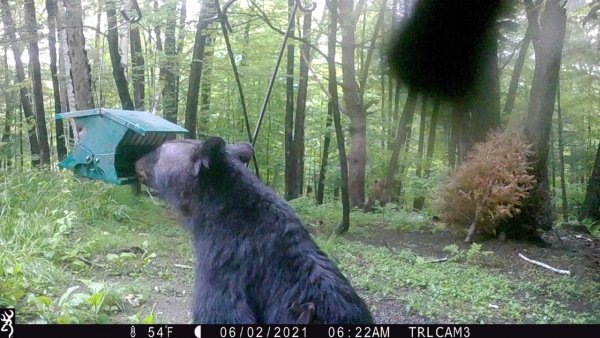 Spring Bears are hungry. This guy spent a couple of days with us until we pulled the feeders for a week.