Anyone have any photos of well thought out trailers for tipi poles and cover, and accessories?

Anybody know where a good used one is for sale?

A Friend of mine just had this one built... 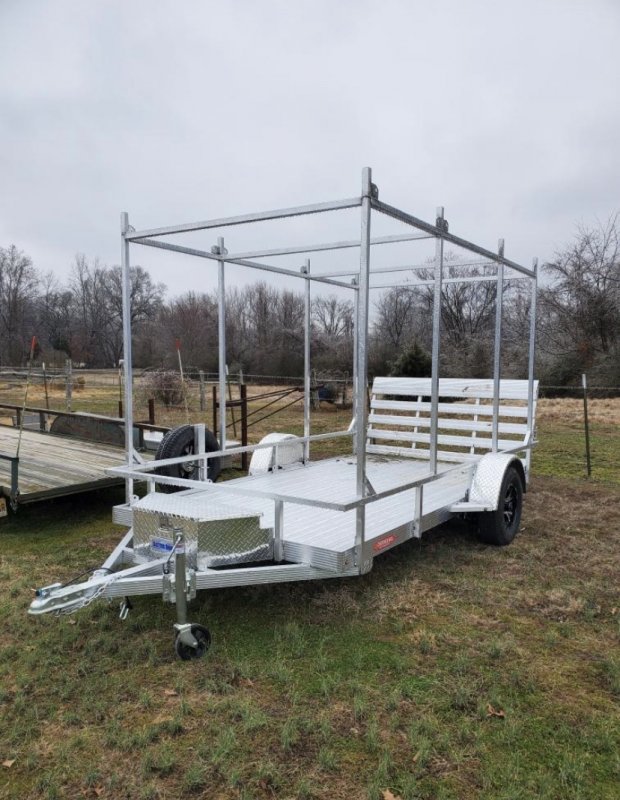 Not cheap , but should get er’ done.

Wow, that looks like a whole camp hauling trailer.

I just put the poles on top of my Jeep and the canvas inside then piled in everything to include the wife and kid. Made many trips both interstate and mountain trails.

This is just a suggested option that does not require a trailer.

I have an acquaintance who stopped using a trailer as it was great on the road, but the devil of a time getting it into and out of a campsite when the ground was soft and it was fully loaded. So he lessened his load, but still the trailer was a problem, and he didn't want to give up "teepee life". He has a roof rack on his AWD Subaru car (not SUV), but his lodge poles were strong but a tad flexible, and long. Even when he had them sticking backwards the legal limit, the upper portions were so far forward that he had clear view of them and bumps made the ends move, which he found distracting and disconcerting. He also wondered at highway speeds what the oncoming air would do with them. Sure, they likely would not break nor crack, but the movement and his concern over that, made it too distracting.

He had a trailer hitch, and put a "cargo carrier" into that to make up for the room he'd lose when he ditched the trailer. So he then moved the poles forward, and used a front canoe support on his front bumper. IF you don't need the trailer hitch for a cargo-carrier you could put such a support at both ends. What the support did was give him a place to cinch down the forward ends of this poles, instead of holding a canoe. He can put a cargo bag over top of the poles, centered on the roof rack, AND he can use the trailer hitch for his cargo carrier.

Here are two stock photos to help illustrate what I mean. Instead of a canoe you widen the top support with a 2x4 and voila, a place with support for your poles. You can't travel as "heavy" as with a small trailer, but it might work for you, and is rather inexpensive compared to a pole-trailer.

Well I built a great trailer, finally got around to setting up the tipi.


Anyone with a bigger one looking to down size?


This is a 16 footer, seems about right for 2 people without a lot of extra gear. 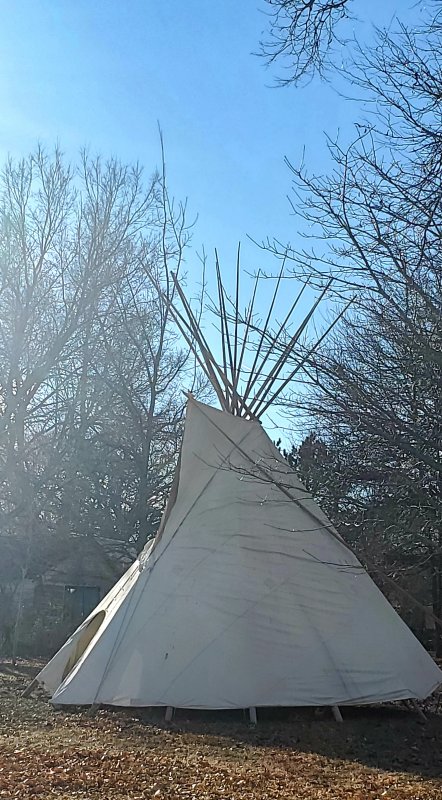 And here I thought someone wanted to know how to set up a teepee on a trailer....