1st season spring turkey in Southern Illinois. A big thunderstorm moved through just before dawn. I took a tarp with me and set up over a small mowed patch on my 12 acre property.

A gobbler was sounding off in his tree about 200 yards away. After he flew down, between rain showers, I called and he would come closer, but not commit to coming all the way in.

After a while, he went silent. about then, the thunder and wind started up again. I was about to get under my tarp, when I heard a putt, and saw a bearded bird through the weeds coming toward my decoy. I moved ever so slightly to bring my 12 gauge flinter up, when the turkey spotted me and flew up. I led it's head a few inches and the flintlock went off nice and fast, even in the wet weather. My bird crashed into a tree and fell to the ground.

I quickly reloaded and walked over to find I had shot a bearded hen! She sported a 5" beard, and I at first thought it was a jake, but since there are dozens and dozens of hens in the area, I didn't feel too bad about taking one.

The hen was really fat and healthy and should be great eating. 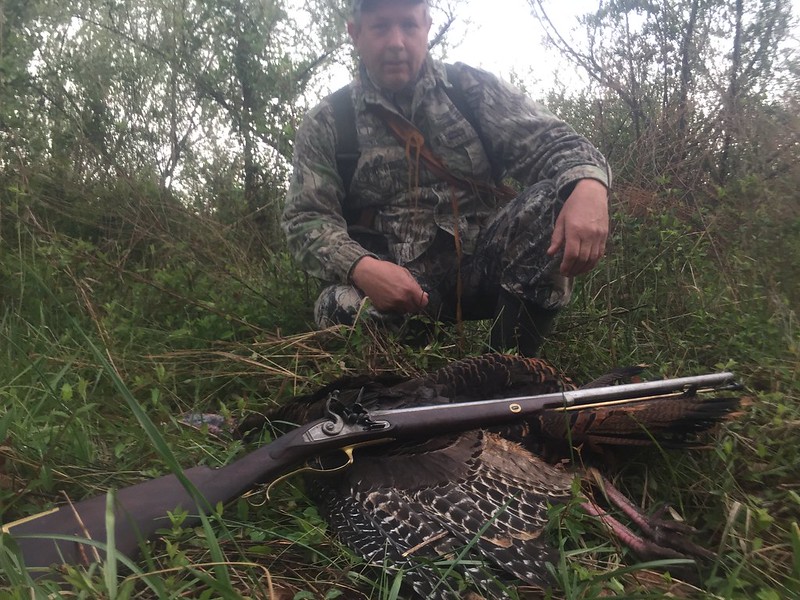 I've seen 2 bearded hens before (killed by other people). Rather unusual. How about a pic showing the beard?


Patocazador said:
I've seen 2 bearded hens before (killed by other people). Rather unusual. How about a pic showing the beard?

Really? That's odd, here in Western NC, or at least in Madison county, they're pretty common. We usually see one or two running around every year, and like I said, my brother actually shot one year before last.

Congrats to ya. I have been turkey hunting since I was 14 an have seen maybe 4 to 6 bearded hens before in that 40 yrs an all of them have had about a 4 to 5 inch pencil size beard on them.

Nice bird and story. I also have a 12 gauge half stock that is eerily similar to yours. If yours is anything like mine, it's a joy to carry around the woods.

Here ya go.
First one I ever saw. 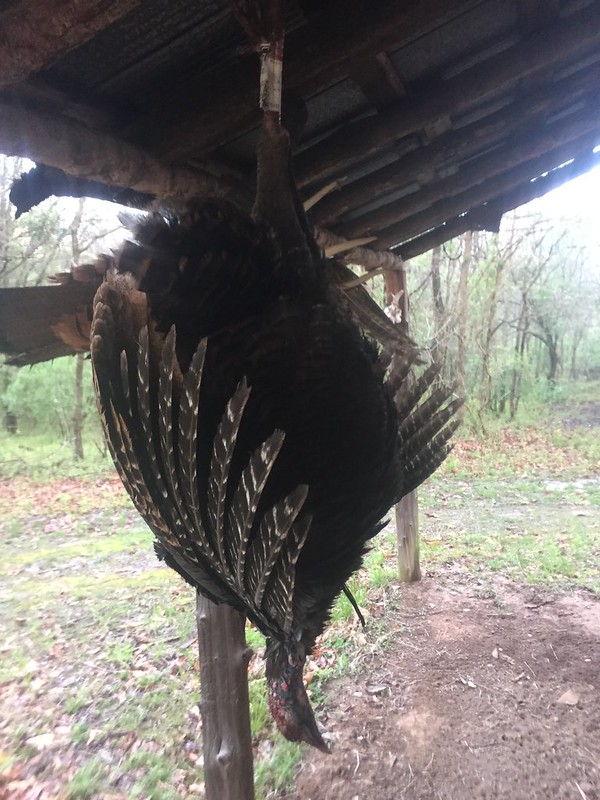 That gun is light, points well, and is a joy to hunt with. I,ve taken 5 turkeys in 3 years with it.

Congrats, my first turkey was a bearded hen. They great to eat . Tom :thumbsup:
W

Glad you got one. Saw 2 bearded hens together with a gobbler last year. Dan.
R

That was a good shot :hatsoff:

:bow: Congratulations on a great shot, well done. I have only seen one turkey killed while flying, and it wasn't me that made the shot, LOL. I have heard of bearded hens but I have never seen one. Keep yer powder dry.....robin
Last edited by a moderator: Oct 27, 2018

That was my second kill of a flying turkey. I don't recommend it, unless you have a clear, close shot at the head.

Sometimes, it's hard to hit them when they are on the ground! Last year, I honestly think a gobbler ducked when he saw the flash of the flintlock. That's my story, and I'm sticking too it. :redface:

PS: Of what part of IL were you hunting? I group up in Randolph county not far from St. Louis.

I've never seen one in real life myself. Very Cool!

I would also love more info on your fowling piece!! and close up pictures. Looks kinda like a Spanish fowler I saw once, Kind.. :thumbsup:
Beautiful bird and gun either way!!!

PS: Of what part of IL were you hunting? I group up in Randolph county not far from St. Louis.
Click to expand...

I hunt a little piece of land I own in Saline County, just on the northern edge of the Shawnee National Forest. Lots of turkeys, but hard to hunt. Too many mature gobblers that won't come to a call.

I've never seen one in real life myself. Very Cool!

I would also love more info on your fowling piece!! and close up pictures. Looks kinda like a Spanish fowler I saw once, Kind.. :thumbsup:
Beautiful bird and gun either way!!!
Click to expand...

I made my fowler a couple years ago from parts I had and a walnut plank I'd had for 40 years. I used a 30" barrel from a modern 12 ga. Shotgun. The flintlock came from the Hawken Shop.
I had something close to $200.00 in new money in the build. It has a full choke and will pattern very well up to 35 yards or more. I loosely patterned it after an original English half stock fowler I saw.
I'll try and add some pictures. 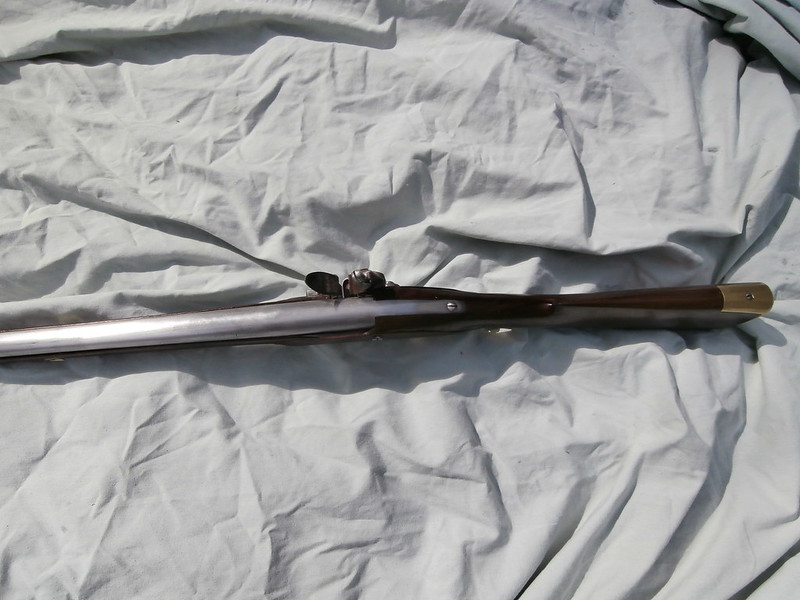 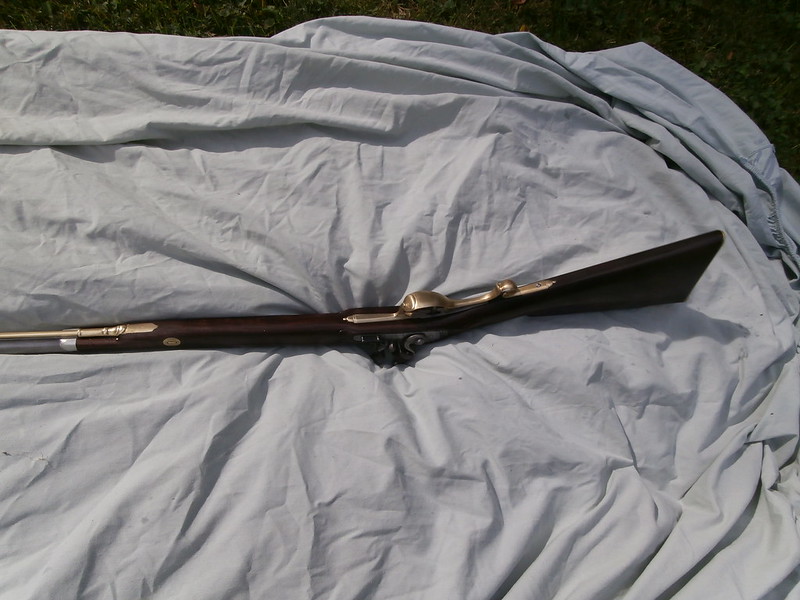 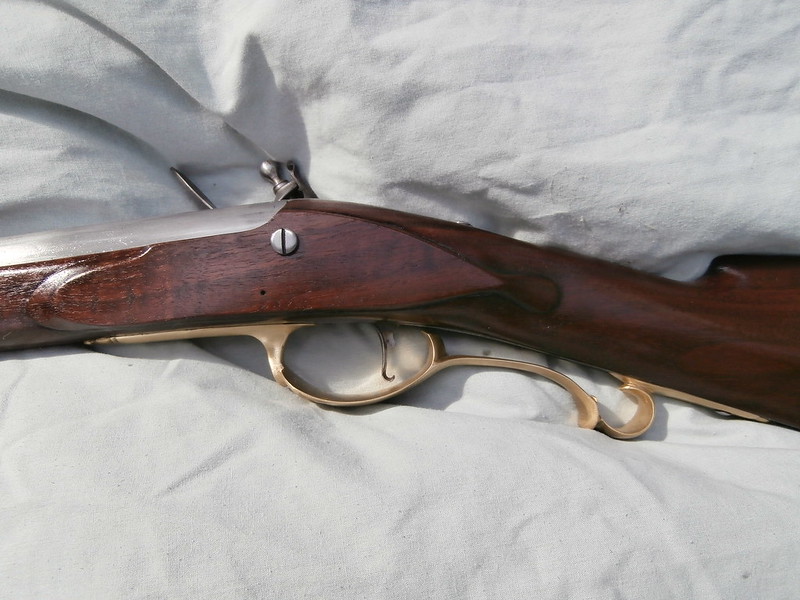 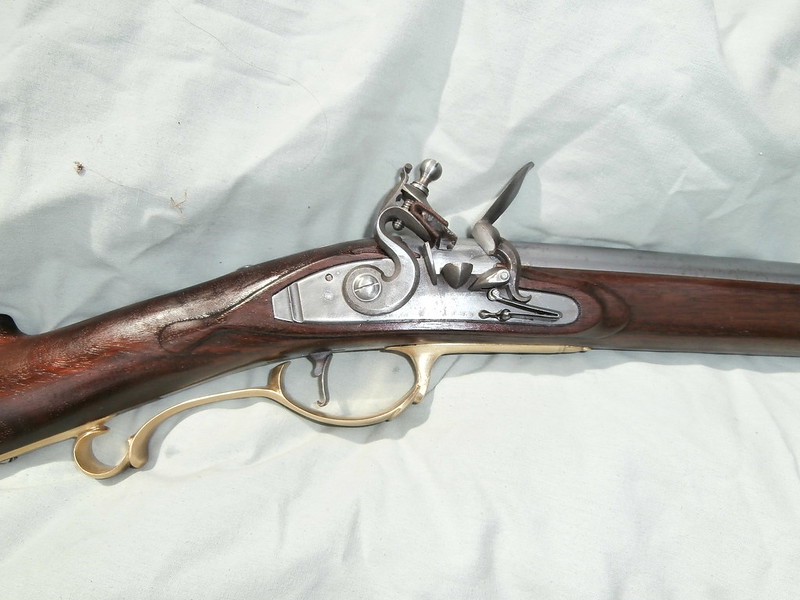 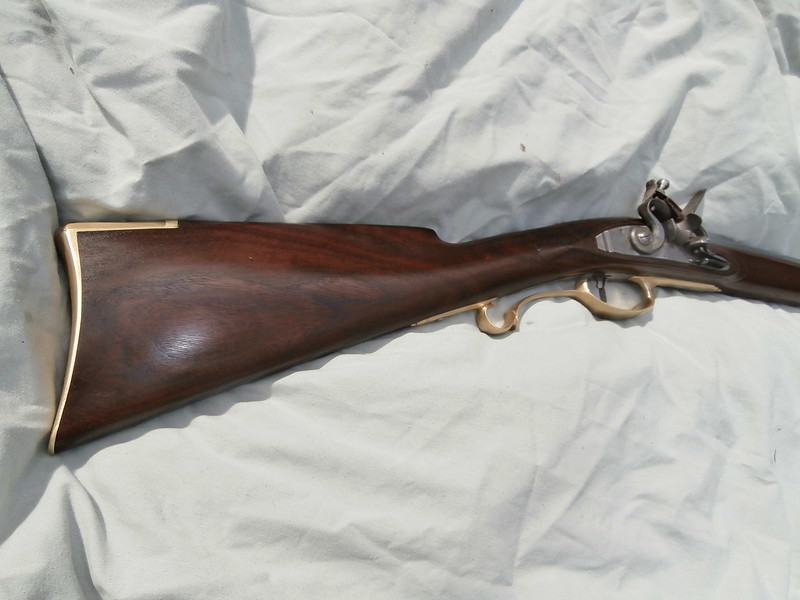