Finally got a chance to try out my new-to-me .54 caliber TC Renegade after work today.

I intended to work up a load as part of my prep for ML deer season here in Western NC. My goal for the day was simply to see how a few different charges would make a PRB behave at 25- & 50 yards. I mostly wanted to eliminate the extreme ends of accuracy:charge relationships, i.e. under X and over Z might as well be a rock in a blunderbuss! I would come back and "dial it in" later, when I had more range time.

I started with 80g of Old Eynsford FFg & a Hornady .530 ball. My patches are homemade - some old cotton PJ's (smooth weave, not flannel) I cut into strips and soaked in Windini Lube (?!?), my beeswax & lamb tallow + olive oil concoction. Most of my caps are RWS 1075s, which work great. However, they didn't readily go onto the TC's nipple, so I had to dip into my dwindling stash of CCI #11s. 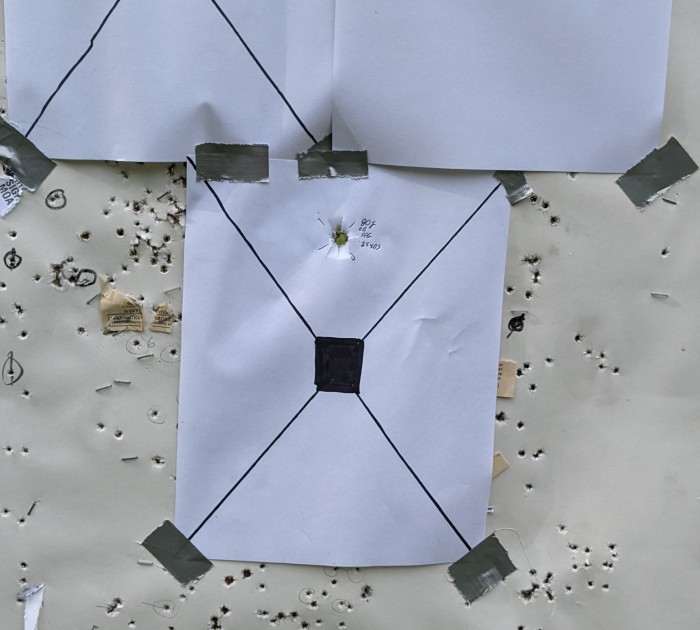 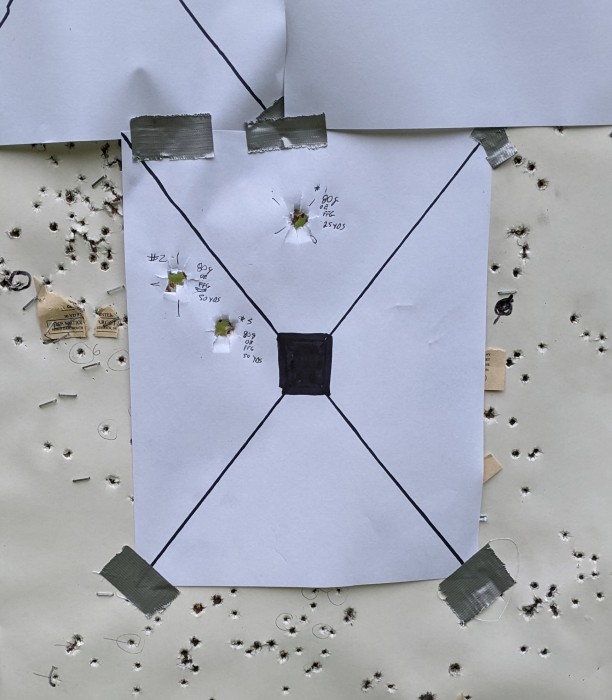 Shots 2 & 3 were the exact same load. Both had come down, as expected, but drifted to the left. They were reasonably close to each other, but off to the side, so I thunk it a bit... and realized that, in addition to moving out to double the distance, I had introduced a second variable. I was using 2 different pairs of glasses!

I'd forgotten to grab my "mid-range" glasses this morning and gone to the range directly after work. So I was using either my "up close" glasses or a cheap pair of smoked plastic safety glasses - no magnification as well as cheaply darkened, and it was a cloudy day.

I'd used clear, magnified glasses for shot #1 - well centered and almost ideally high for the distance. For the next two shots I'd been wearing the unmagnified cheapies, so I couldn't really focus on the sight picture, and the margin of error was narrower due to the increased yardage (visually smaller target). Those two shots wandered a little left; not too surprising.

So for shot #4, I switched glasses: 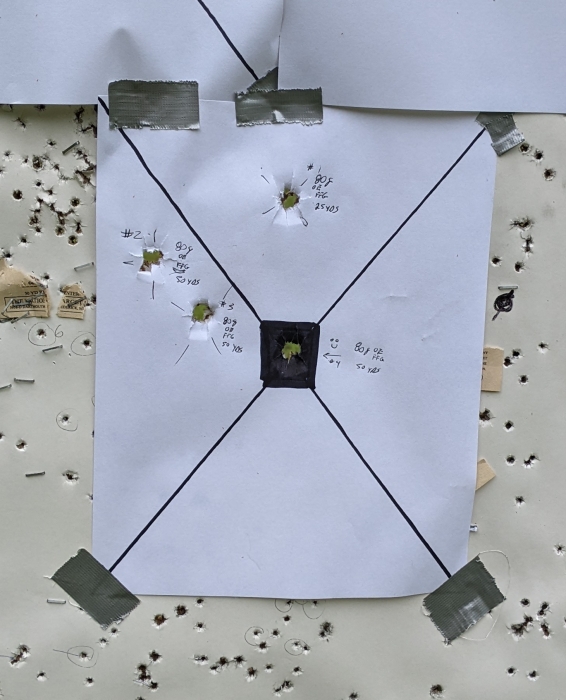 CLANG! That sucker rang but good!! 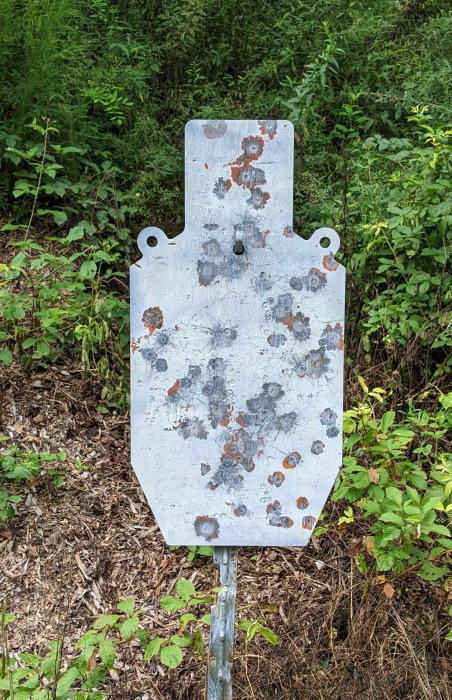 I wish I'd made the effort to walk out & paint it first, 'cause I ain't got a clue which mark is mine! But the tolling of the bell was a fine end to the test session.

I'll get out again and shoot for groups, maybe try some Maxi-balls or conicals (if I can find them). But I'm fairly confident 80grs of OE FFg, a #11 cap, and a patched .530 ball are Minute-of-Deer accurate!

It was a good day.

You could hunt in the morning old Son

.54 is my favorite caliber and that is a dandy rifle for the woods. Well done!

Looks like you have the rifle and glasses figured out. Good job.
3

Roundballs. So pleasant to shoot and so effective. Nice shooting.