It's said hindsight is 20/20 so looking back do you have a wish list of muzzleloading related items you missed out on you hope to come across?

Maybe it wasn't a gun but some other muzzleloading item you'd been searching for.

I tend not to regret passing things up. My weakness is buying something no matter what, even when I shouldn't. I bought my GRRW from a pawn shop where it was basically a fixture. It was quite a steal given today's prices.
O

Missed a H&R Springfield Stalker, which is basically a "sporterized" 1863 Springfield, in 45 Cal. Hesitated for about a half hour & it was gone. Got one in 58 cal & it's my favorite rifle, but still long for a 45. If anybody is sitting on one out there, this is my way of begging!! For the love of God, stop my suffering!!

I can tell you about one I missed.

I think it was on the Guns International site. About all the description said was that it was a percussion rifle with a Large "JJJJ" barrel, I think in .54 caliber, and the price was around $400. It didn't look like much: 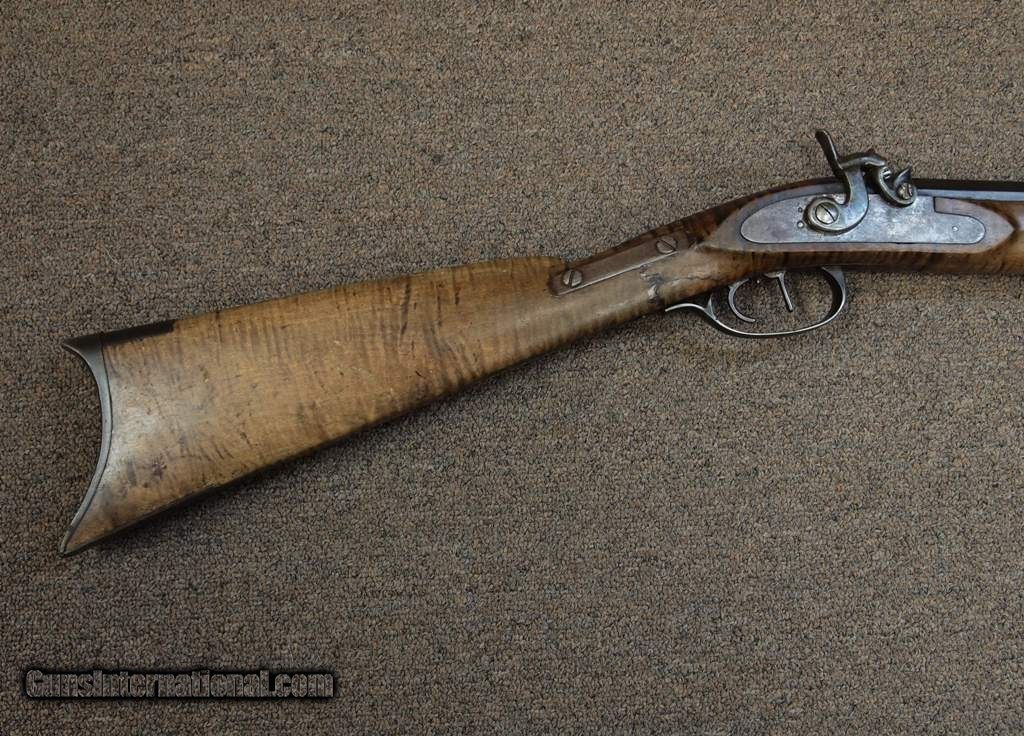 Yep, that is a very crude repair of a broken wrist. It must have been quite a lick that rifle took, for I believe that triggerguard must have once had a typical Hawken scroll, which appears to have been broken off. The wrist repair looked just like the job done on the John Brown 1845 Hawken fullstock, which is in a museum in Utah. I think the rifle may have been missing a wedge key, also.

I love a spanking new rifle as much as anybody, but I also don't mind having one with some honest character, either. I was reminded of Lewis Garrard's comments about the rifle he carried across the plains in the 1840's, as described in Wah-To-Yah and the Taos Trail: 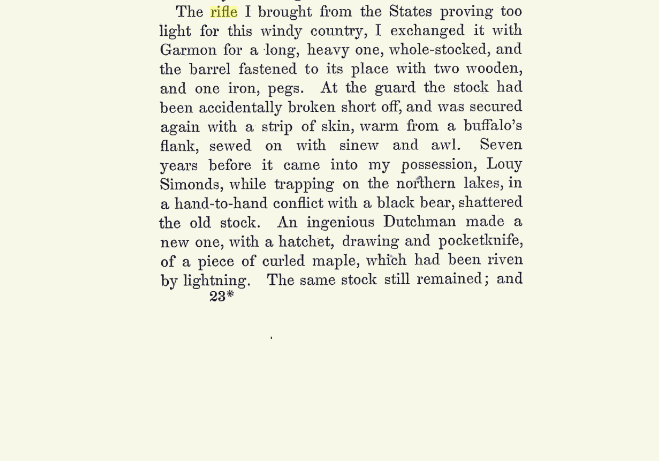 However, the stock wood looked nice, the cheekpiece, as I recall, had a silver inlay with a buffalo bull "not too artistically engraved" (a positive feature, in my opinion), and the lock and triggers looked a lot like Bob Roller's work. I was taking my time, thinking it over, as I try to avoid impulse buying. I saved that one photo that is shown here and sent it to Mr. Bob Roller, who responded that he was not sure, but the lock and triggers did look as if they could have been his.

That did it. I called the seller as soon as I read Mr. Roller's response, but I was thirty minutes too late. The seller, at a shop in Arizona, said someone had walked in and bought the rifle that morning.

U
Upcoming Wave of Classics?
2