I originally posted this gun here on the Forum some 12 years ago. I just call this my Spanish carbine for short. Since there have been some recent discussions of Spanish guns, I thought I would post this one again for those interested, but have not seen this one originally. It's a bit of an odd ball. I picked this up from a table at a local gun show. It had light surface rust covering the barrel and lock. It was all complete with original parts except the hammer on the lock. The hammer assembly shows it being a later replacement as I can tell they are castings (probably from TRS) and lack the engraving on the rest of the lock. After dis-assembly and a general cleaning, I came to the conclusion that that this gun was period assembled with the lock, stock, and barrel from three different guns. LOL Not much value as a collectors item, but a good candidate for making a shooter. The lock was still in working order, but sent it off to Earl Kathan for very light bead-blast cleaning and tuning. As well, the barrel was sent to Bobby Hoyt for a new liner and now sports a .60 caliber (mics.592) smooth bore. Earl also installed a new, brass front bead site. Takes a .570 ball.

The barrel looks like it was originally from a sporting gun. But curiously, it has a lug below the muzzle for attachment of a bayonet. Strange. The stock appears to be typical European walnut. But the brass hardware is more military stylish. The rear barrel band is just compression fitted, but the front band has the spring retainer ala military style. Sling swivels are present. The stock does not appear to have been cut back. And here is the strangest part: The original lock for this gun was a traditional French style flintlock. Sometime during the period the flintlock was removed and the lock mortise filled in with genuine wood and re-inlet for use with the existing miquelet lock. This was very professionally done and the evidence of this is there (think I have photos).

So a strange bird indeed. But turned out to be a fun shooter. The only thing that somewhat bugs me is the thumb piece. The "R" is off-center. I may have to have this re-positioned if it bugs me too much. LOL But by sheer coincidence, the R is the same as the first and last initials of my name. LOL So maybe this gun was meant for my eventual ownership. LOL 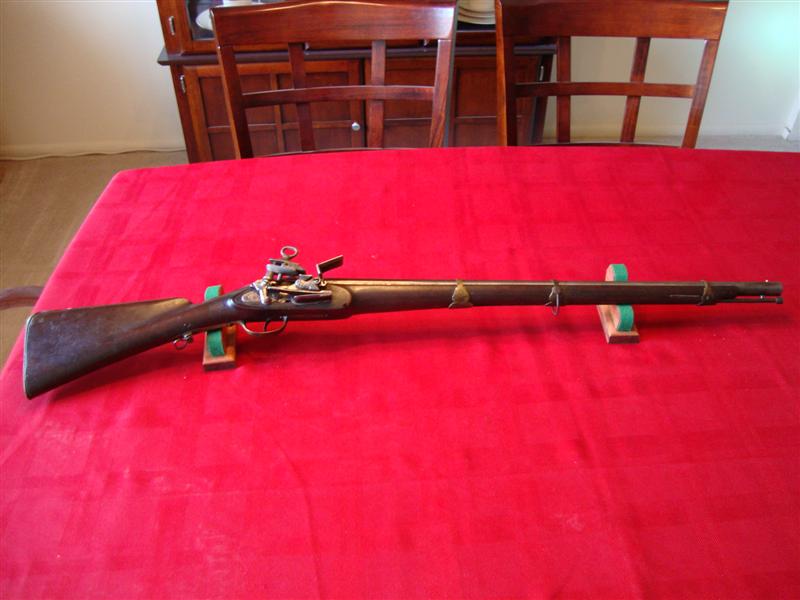 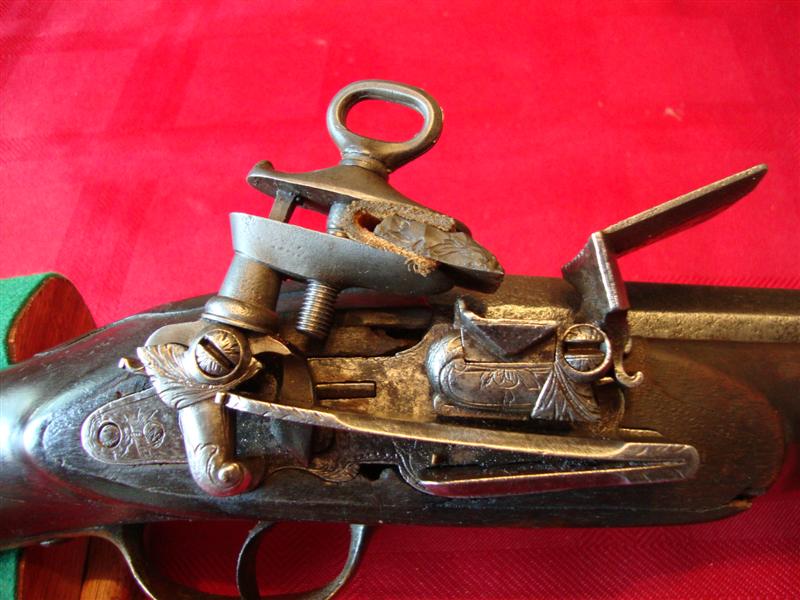 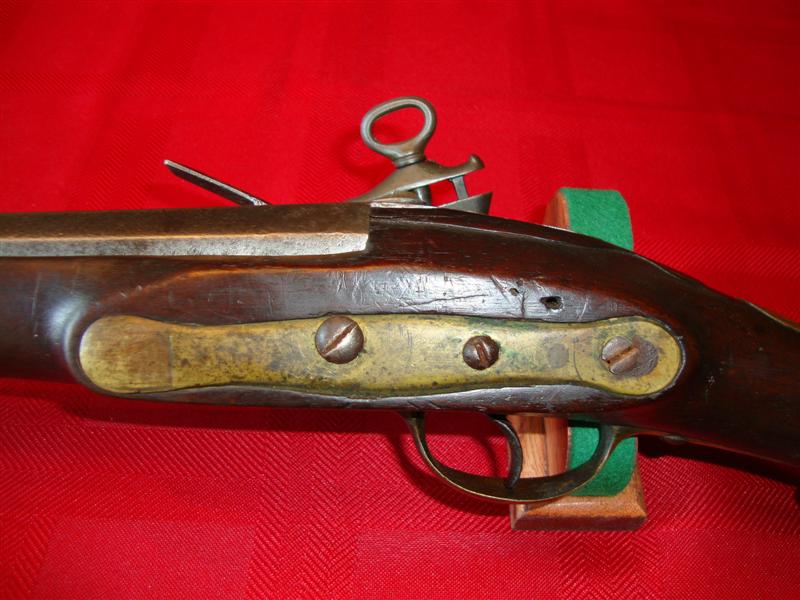 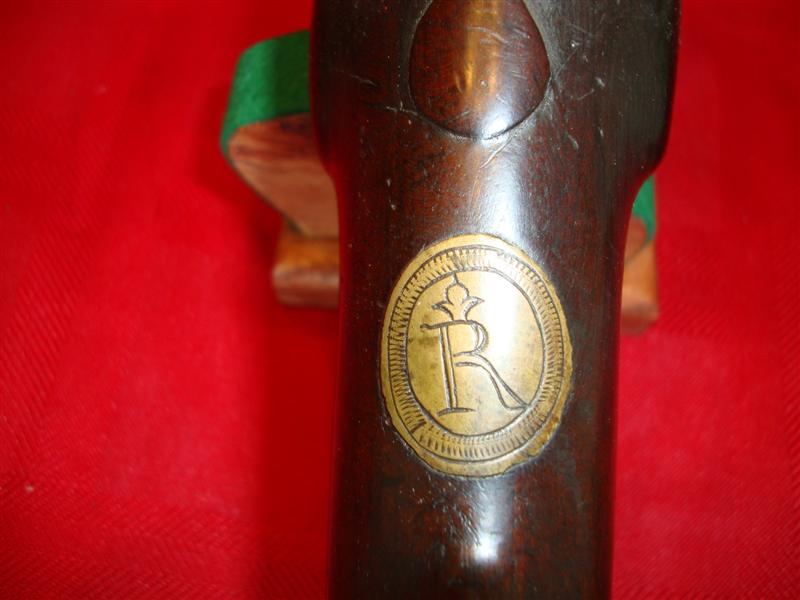 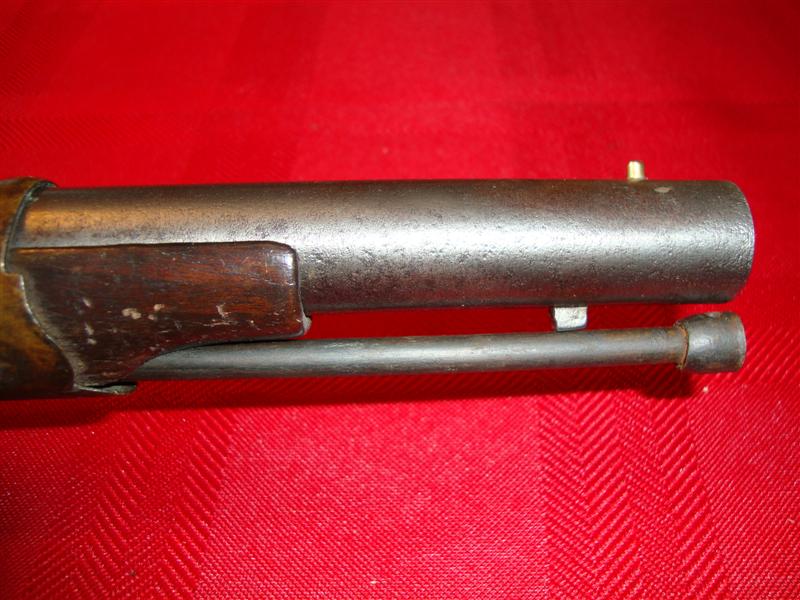 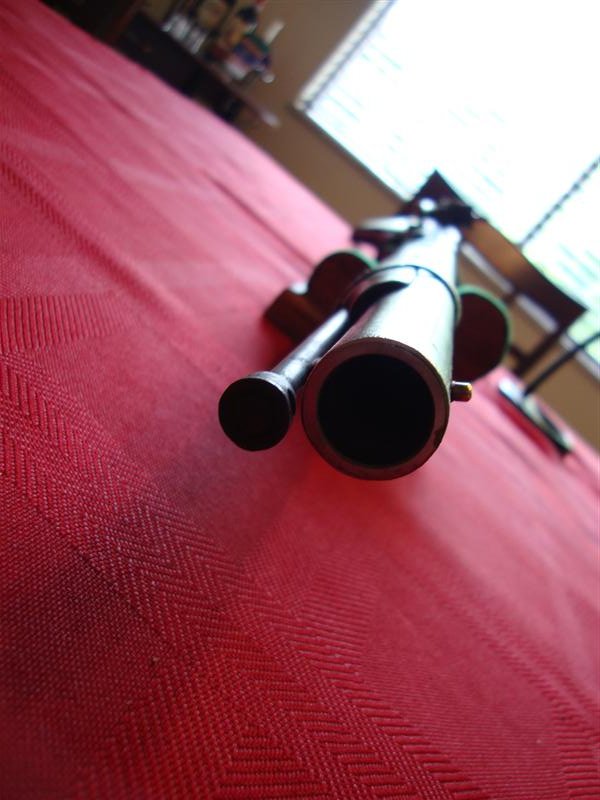 It is like a 200 year old bubba job, but in the best way possible