OP, If the roman nose stocks offend you why are you adding them to your collection? How valuable are the rifles? Are they valuable collector pieces, or cheap modern guns? Attack collector pieces and you sin.
S

I was assuming it was a modern price point gun. Please do not modify original guns.

Oh I've never bought an original; I'd never use it. But moving on... the deal for the first one pictured fell through.
The second one is a used Pedersoli Kentucky in .32. Which I wanted for squirrel (they seem to be the only animal I can hunt with success). I've not seen too many offerings of a good squirrel rifle here or elsewhere.
With the exception of the Frontier, this stock pattern seems to be on all Pedersoli long rifle types.
The end game here is to be able to shoot the gun accurately to make for make.human kills of my food. My formal marksmanship training was in the Army where you yout your nose to the charging handle of the M16. As such I'm inclined to lean on. The Roman nose prevents that. I can get a good sight picture with my head farther back on the butt. It's just not what comes naturally, hence my thought about shaving down the roman nose.
O

My first Brown Bess naturally was a cheek buster , until I took a little off top of the comb , then to make all our British friends cringe , put a piece of copper on the top front of the barrel. That Bess was amazingly accurate with patched round ball at 25 yards offhand. In those days , 1973 , few guys knew much about m/l anything , and I could occasionally plant the .730 dead center and still loose the one shot match because a ............36 , or .45 was a smaller ball than the Bess's big orb. A dead center small cal. ball would win as the rules were so that the smaller ball would win. No one cared , we were having fun. We had to make the matches one shot because so many guys showed up to compete. .........oldwood

Treestalker said:
There are at least two ways to make the stock fit you. One is chop it off at the wrist and carve a whole new buttstock. The other is to grind off about an inch of wood from the top and then glob 2 or three tubes of 'Quikwood' on there and shape it like you want it before it dries. The RIGHT thing to do is offer both guns for sale or trade here on the forum in front of 17,000 muzzleloading enthusiasts and get or buy what you want and not ruin two beautiful guns that somebody would give a dear and precious part of their anatomy for. It's tempting to just go at it without knowledge or skill and give it billy hell, and that's what your finished product will look like; Billy Hell. When you screw up the stocks you can always chop off the barrels and cut the stocks about 3 inches past the nose comb and have a hell of a Canoe or Blanket gun and have a platform for all types of beautiful Native American artistic media. Call it a growth experience. You can tell people you accidently bent the barrel, shattered the stock, and barely survived the fall down that mountain while practicing wrestling techniques on a -Disturbed- grizzly bear. Then you can send it off On Approval to somebody on a trade and never have to see it again. You could donate the other one to the Irish Republican Army for a backup gun. Or just trade both guns for quality parts and start your build.
Click to expand...

Well, don't hold anything back.

If you get a chance to try a Frontier, it's pretty sleek and sexy.
S

So, we have a modern factory made gun made to a price point? Most all of the factory made ML rifles have way to much wood, as compared to originals and quality custom modern guns. Have at it, reshape the stock to fit. An awful lot of them, including the pictured rifle and especially TC Hawkens were not designed well. The combs were done with modern drops and contours that work with higher sights. The TC in particular was often fitted with a pistol scope back in the day, I highly encourage well considered reshaping of the stock. It is difficult to make it worse.

@dave_person recently wrote something about the traditional way of basically bending the stock. I can't remeber where I saw it but I think there was hot oit and a lot of bracing involved. It did work well.
His stuff always does 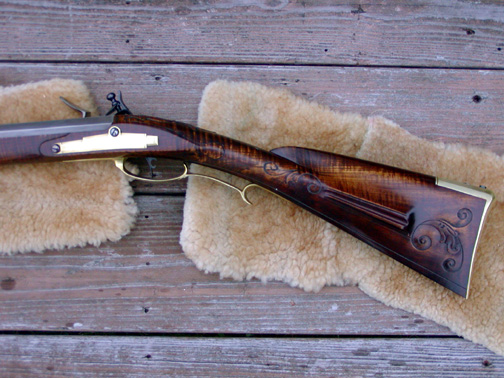 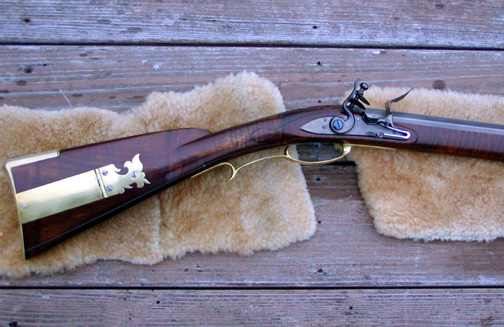 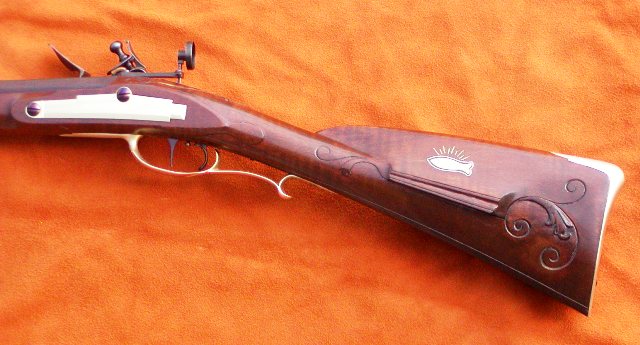 I suspect that the tang or return on your butt plates are pretty thick brass so you might be able to file them to lower the angle of the comb. Then straighten the comb a bit until the nose. Finally, define the wrist at the nose more sharply. The Pedersoli looks to have enough extra wood to do quite a bit of shaping around the wrist, lock panels and butt.

My version of a Reading school rifle butt. Notice that like the examples shown by Dave Person, the comb is curved but it is a smooth, gentle curve. Nothing like the Italian versions of the "Roman nose" stocks. 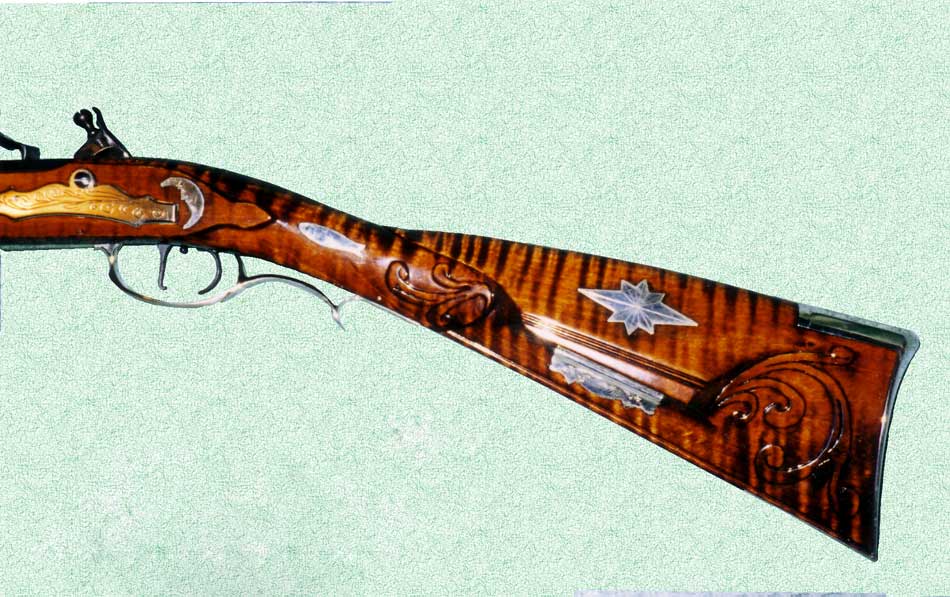 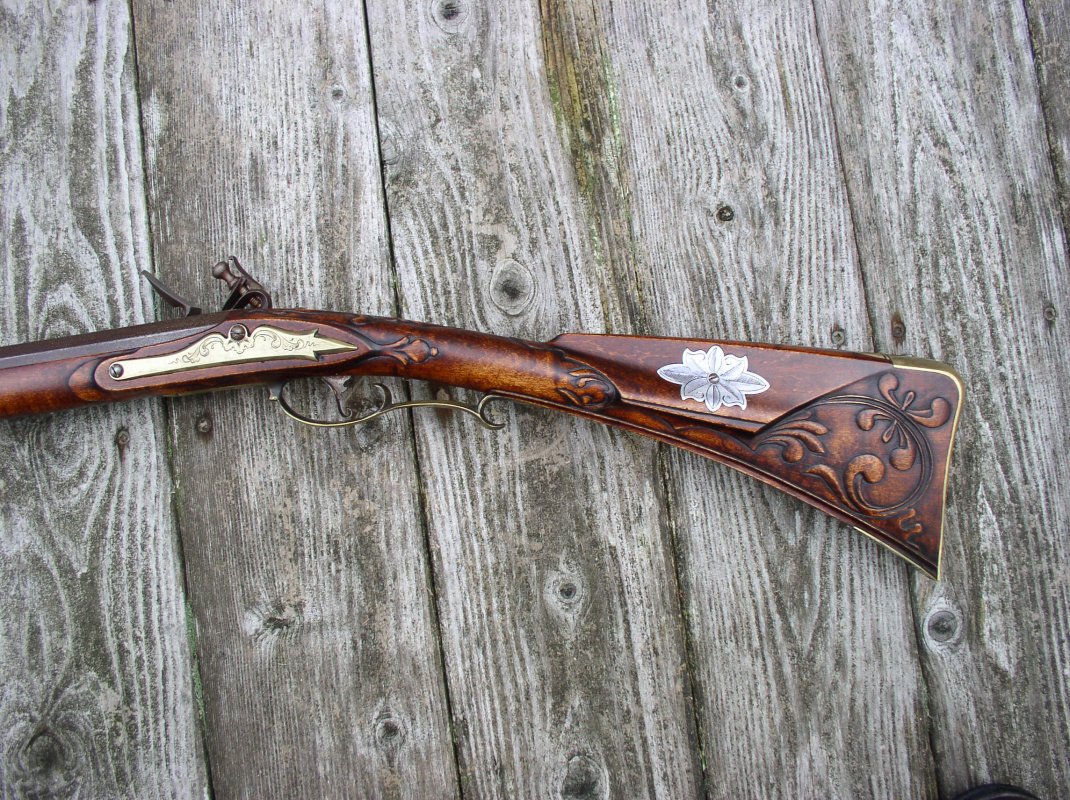