I don't know where this most appropriately fits, it's not a war per se as much as it was of a time. I'm a person who enjoys thinking and I've wondered this myself but my wife asked me the very question and it's got me pondering.

I think it would be fair to say many Americans and those that care about history outside the states (such as myself) idolise, look up to or otherwise admire men of years gone by. Men that include but are in no way limited to Simon Kenton, Daniel Boone, John Colter, Jim Bridger etc.

They were courageous, adventurous, great hunters and trappers and enjoyed immersing themselves in wild places.

At the same time they were poachers, they were guilty of wanton waste when they killed game and had little regard for the law. I agree it was a different time but the fact that Indians were willing to kill them for their transgressions and for some infractions they could be punished by American law highlights that it was still considered an issue then.

If people were to do it today, we on this forum, me included would be ready to throw the book at them. At the end of the day though what's the difference? If a man is feeding his family, even if he's illegally selling game to feed his family is that ok? And if not, why do we deem it OK for men of years gone by.

To give it some contemporary context, I could say let's do a forum hunt here in Australia. We could legally do a week or two as the long hunters or mountain men. We could live off the land, shoot a deer take the meat we needed and leave the rest to rot as we continued on our way. Would anyone here really be comfortable with that?
C

Very good points, and something I've also thought about. The best that I've come up with so far is that it was a different world, literally. I'm not happy with that as a conclusion, but I've not had a better thought yet.

Well, sir, you live in Australia, a place that, once away from the few big cities, makes the far side of the Moon look like Times Square on New Year's Eve - a place where, according to Bill Bryson, somebody probably set off an illegal nuclear device - and nobody noticed. I reckon you could do just about anything you wanted to. The rest is up to your conscience.
Last edited: Tuesday at 10:49 AM

TFoley said:
Well, sir, you live in Australia, a place that, once away from the few big cities, makes the far side of the Moon look like times Square on New Year's Eve - a place where, according to Bill Bryson, somebody probably set off an illegal nuclear device - and nobody noticed. I reckon you could do just about anything you wanted to. The rest is up to your conscience.
Click to expand...

You're focussing on the wrong part, the last paragraph was for contemporary context not admission of intent.

I don't want to sidetrack the thread but here, the standard practice is shoot male deer, cut the heads off and leave all meat to rot. Me being a meat hunter is in the minority.
B

Some of those pioneers you mentioned hunted deer in the eastern USA just for the hide, sold them to clothiers for britches, pretty much decimated the deer population. Just as the buffalo hunters did in the western USA. All laws on the books were written because some dumbass did something stupid and there had to be a law written. As far as doing something to feed your family, right or wrong is something a person in the situation has to ponder.

Location
North of Detroit, but not 'UP North'

In the American West, the wonton slaughter of bison really should be categorized as a war. A strategic war waged against the indigenous peoples.

As far as feeding one's family, in Michigan's Upper peninsula the Conservation Officers will tend to look the other way for someone taking game out of season for consumption by that person's family. I have no issue with that. Wonton killing, Poaching and selling of game animals is prosecuted. I agree with that.

In West By God Virginia, I worked with an avid hunter who had a CO as a friend. The CO told him point blank "Dave, if I ever catch you shooting a deer illegally, you are going to jail. If you ever shoot a person, call me and I'll bring the shovels"
Last edited: Tuesday at 6:55 AM

Don't forget, back in those times there were no "game" laws concerning the taking of game. Lots of those folks were market hunters, for hides, and meat. They used punt guns to take ducks and geese on the water by the hundreds for market, and as mentioned above buffalo, for hides mainly (and as mentioned war on the Indians who depended so heavily on the buffalo).
The Indians did not hunt down and kill the whites they found in their hunting grounds for violating game laws, they did it to keep the whites out of their territory. They were upset that the whites were taking their game (and a host of other reasons), which their lives depended on, but there were no laws.

So, in my opinion, you are comparing apples to oranges, applying modern thinking to a different era. The hunters were not violating any laws, and yes, there was a lot of was a lot of waste. The reality is, they had no choice, they had no way to preserve the meat to take with them on their journey.

Have a read of this man’s story - by todays logic he is a criminal but maybe this will give you insight into the “way we lived” in the early days. This story happens in the early to mid 1800’s 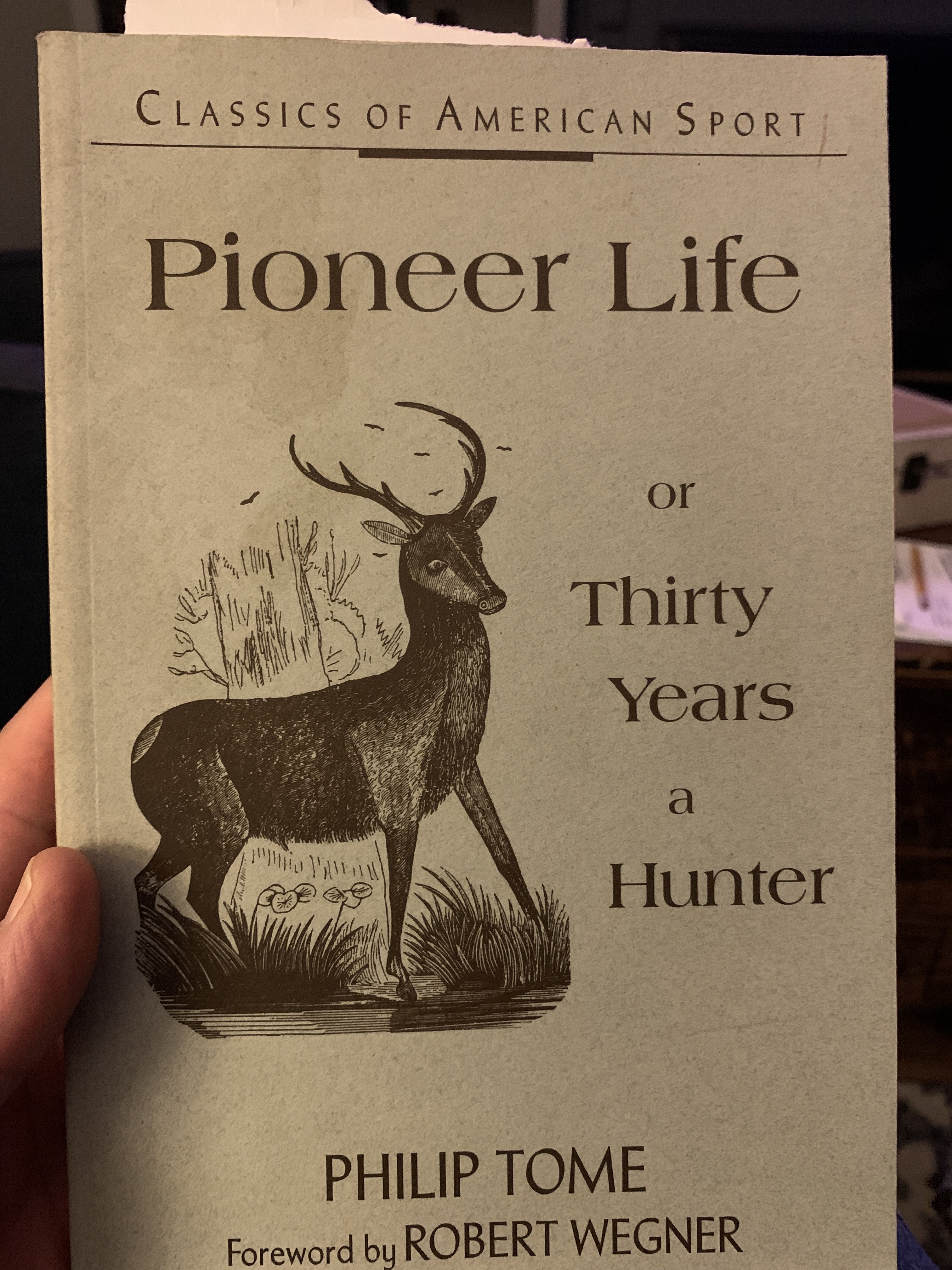 Hunting peoples can worship the game, and kill indiscriminately.
A favored tactic of plains Indians would be to stampede a herd of buffalo off a cliff. And then take what they needed and could process before rot stepped in.
Warrior societies would often pledge a hundred buffalo tongue to a feast, like the sun dance, leaving the rest in the field.
Shooting a deer would give you more meat then the same cost as shooting a rabbit in terms of powder and lead. And if you only had a few meals from it it was still cheaper than one rabbit.
I grew up in New Mexico. Two quail made a nice dinner. Bob white here in the Ozarks not so much.
How many dove do you need for dinner, or Squirrel? If you fish how many crappie can you eat? Is killing a few for one meal worse then killing one for just a few meals?
While I use all or most of the deer meat, it wouldn’t bother me in a living off the land situation to kill, eat what I could and leave the rest. Preservation takes time, time you might not have.
I like an SOB stew, but how many folks eat lungs, sweetbreads, kidneys, liver of Bambi?
F

With the loss of habitat and human populations as it is, game management is crucial now. It was indeed a different time even not so long ago. Here in Alberta as little as 35 years ago "camp meat" was common. When you packed in to the mountains for 10 day hunts, on day 2 or 3 when you're fresh meat was eaten you shot a doe or a ewe sheep for camp meat. This was illegal, but was overlooked, and considered common practice and the animal was completely eaten. Poaching trophy animals for sale was very looked down upon and prosecuted, but shooting a doe or cow moose in winter when your family was hungry and work was short was more "honorable" than looking for Govt. hand outs or welfare.
A

Years back I hunted with a bunch of friends who lived in WVA. These fellas were construction laborers. Part time work, lack of work during the winter months, with large families to feed. Along about deer season it was if its brown its down. Something to think about with the economic situation now especially grocery cost to include meat products. and there's hungry kids sitting at your table. Tell me you're not going to kill a illegal deer or two.