I found this recipe in the 1974 Kerr home canning booklet.

Boil a rabbit or two, pick the meat from the bones, save the broth. Cut carrots in to long spears,slice onion, and add boil down till half gone. Hard boil four eggs at same time.
Meanwhile fry half a pound of sliced mushrooms in butter with sliced garlic and parsley. Throw in the meat and brown, add to broth and thick Amish noodles. Peel the gags and cut in half. When noodles near done add the eggs and a cup of a Rhine wine or German beer. Let boil a few min then enjoy.

Any good chicken recipe that you like you can use for rabbit and squirrel.
C

JUGGED HARE (in a slow cooker)

"Jugging" is simply a very old method of slow cooking, where you would put the small game into a crockery "jug" , covered with a ceramic or leather top, and then boil this for several hours in a pot of water.

"..., cover the jug very closely, so as perfectly to keep in the steam; put it into a kettle of cold water, lay a tile on top of the jar, and let it boil three hours if the hare be young, or four or five if an old one." 1833

You need a jointed rabbit
flour
oil
A pint of brown ale or stout
pepper
a pound of bacon
A bay leaf, some rosemary and thyme in a bundle
cornstarch

So you skin and joint the rabbit. Dredge the pieces in flour and brown, in oil or grease, but don't completely cook.

In your slow cooker layer the bottom with thin bacon strips. Then place a layer of half the rabbit and a little pepper, then a layer of thin bacon, then the rest of the rabbit and a little pepper, followed by a final layer of bacon. Add a bundle of: bay leaf, thyme, and rosemary, and a cup of brown ale. Cover and set the slow cooker on low for about four hours.

Some folks add a couple potatoes and or a handful of "baby" carrots to the pot as well when doing this. IF you've a guest with a wheat allergy, then simply lay the rabbit in raw when loading the slow cooker. Works well, flavor is different but still quite good.

(Drink the other half of the pint of ale)

Remove the meat from the slow cooker to a dish, when done, and the meat will likely fall off the bone. So be aware of the small bones, when separating the meat.

Drain off the juice in the pot to a small pan, and add a solution of cornstarch & water to thicken the juice into a gravy. Pour over the meat and serve.

French Country Rabbit
Boil a whole medium rabbit (approx 3.5 lb dressed) with some salt, pepper, sage, rosemary and tyme to taste.
When rabbit is done, remove, let cool and pick clean from the bone while allowing the broth to reduce.
Coursely cut half a pound of parsnips, half a pound of carrots, half a pound of leeks, and half a pound of potatoes or turnips.
When broth is reduced by a quarter add potatoes, carrots and parsnips. When they are almost tender add leeks and one cup of table wine (your choice).
Serves quite a few hungry folks around the fire. It is even better on day 2 or 3.

I’ve made this a bunch of times, Marlin used to use it in one of their ads for .22’s.


Clean and cut rabbits into serving size pieces. Soak young rabbits 1 to 2 hours, in salt water, 12 to 18 hours for older rabbits, 1 teaspoon salt per quart of water. After soaking, warp meat in damp cloth and store overnight in cold place. Butter a casserole dish large enough to hold pieces. Put in a layer of rabbit, sprinkle with salt, pepper and thyme and add bay leaves. Add a layer of bacon pieces. Repeat until all ingredients are used up. Pour water over casserole, cover and bake at 350 degrees for 1 to 2 hours, until rabbit is tender. Remove cover and sprinkle seasoned bread crumbs over rabbit. Bake 30 minutes longer and serve with broccoli, rye bread and assorted garden vegetables.

Cut rabbits up in joints brown the meat in olive oil then remove. Sauté one large onion, green pepper 8oz sliced mushrooms, garlic to taste.
In a baking pot throw in one cup of dry rice. Put the sautéed veggies in with it. Season with paperika a little orragano and basil. Then two cups canned diced tomatoes or ro-tel tomatoes and chilies , stir it all together well, lay the rabbit out on top. Slice a couple of shallots thin and lay the slices between the meat. Put in oven at 350f and bake an hour until all the fluid absorbed.
Check on it often and if you have to add fluid chicken broth is best in small amounts, or dry white wine but water works.
Arrayzo con canejo

DOG.... For a Living History Event in the U.S.
Get the largest rabbit you can find just before you go to a living history demonstration. A Belgian [Flemish] eatin' rabbit is the best....them be HUGE!
Dress and skin the rabbit, and remove the head....
prepare the rabbit over a low fire on a spit, where EVERYBODY can see. Salt, pepper, sage rub. You might want to baste with a little butter, but this is pretty fancy....
When anybody asks you what you're cooking, you reply, "Dog"
When they express doubt, you say, "You ever seen a chicken with four legs?"
See the rabbit is SO much larger than most rabbits that Americans have seen, that this works well.
Had a guy who did this once, who even had faux papers from the local animal rescue shelter showing the "adoption" of the "dog" the day before, but...I thought that was a little "much"...

Loyalist Dave said:
Get the largest rabbit you can find just before you go to a living history demonstration.
Click to expand...

Given how many people think meat comes prepackaged from the supermarket, and doesn't exist before that, I'd include the full process for the public.

Nyckname said:
I'd include the full process for the public.
Click to expand...

Then I'd use a wild rabbit...., we wanted them to think we were actually eating dog, and if they see a big bunny, they will know.

I'm sure your dog cooking routine makes a lot of points with the dog lovers in the crowd.
Your just lucky someone from the ASPCA didn't hear your story.

1980s a good red fox skin was about $35. I was at Arkansas state ml shoots in Berryville Arkansas. A lady came through with several fox on leashes. She was selling the pups.
“How much”I asked, “$150” she answered. “Whoo” I answered “how’s that work?” I asked, ‘how’s what work?’ She asked “well I buy a fox kit at $150, and the skin is worth $35 how does any one make any money ‘ I asked with a grin that I hoped would let her know I was joshing with her. It didn’t
She just turned on a heel and walked away from me.
Some folks ain’t gots no humor.

Zonie said:
I'm sure your dog cooking routine makes a lot of points with the dog lovers in the crowd.
Your just lucky someone from the ASPCA didn't hear your story
Click to expand...

The guy for whom I procured the raw rabbit, so he could cook his "dog" at the living history event, was a recognized member of a recognized Indian Nation..., so it would be interesting indeed to watch the ASPCA go toe-to-toe with a Native American and infringing on his culture as he cooked a traditional native food.

@Loyalist Dave I love it when Atheist Lefties get all gooey over Native religions.

"Bronze Age religions have no use in modern life!"

"How can you denigrate someone's Stone Age religion?!"
C 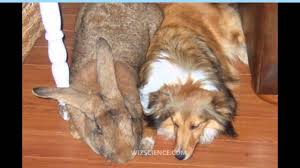 What's you're dog's name?
Supper.
You named your dog Super, well that's an interesting name
No, Supper, with two p's...
Well that's different. Why did you name the dog "Supper"?
For the same reason I named my pig "Bacon"....

Loyalist Dave said:
Funny if they were named "Lunch" and "Supper".....
Click to expand...

A blurb from Readers Digest in the '70s:

A young family moved to a farm, to be closer to the earth. They bought three hogs. So that the children wouldn't get the wrong idea about their purpose, they were named Breakfast, Lunch, and Dinner.
2
Share:
Facebook Twitter Reddit Pinterest Tumblr WhatsApp Email Link