I want to pour a pewter nosecap on a finished rifle. Anyone with experience please tell me how to protect the finish. Thanks

I don’t believe you can, I’ve poured a few but only on raw wood. After the pour you file and sand them to shape. But if you can figure it out I’d like to hear how you went about it. 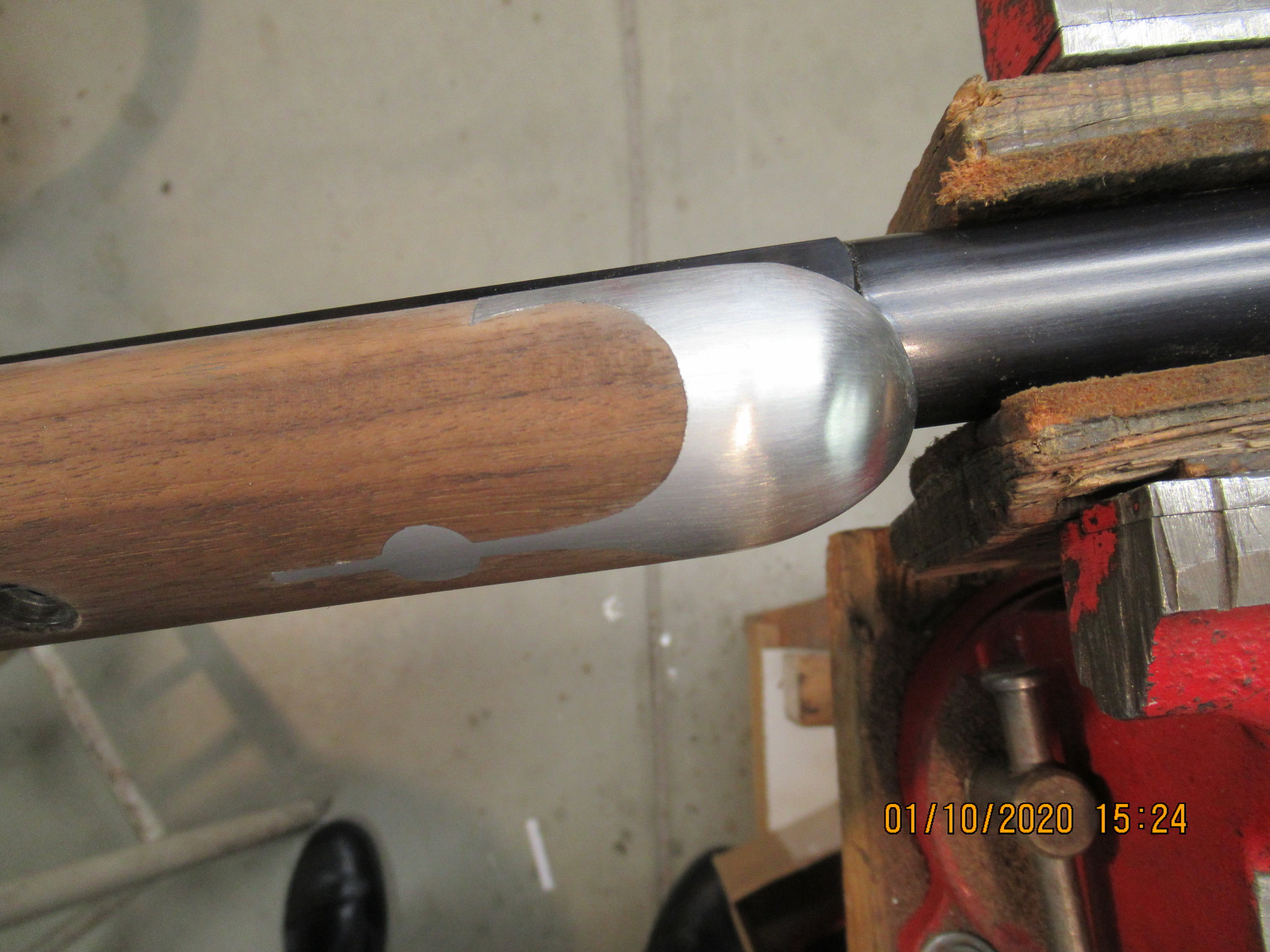 Every one of poured nose caps I have done ,require sanding and filing of raw wood.
T

That picture is very close to what I want. Probably will not do the underside as pictured. I think a very simple v point in the center underneath will work best.
I’ve done 2 Hawken poured pewter caps but both on raw wood. It’s been a long time but I don’t remember having much to file where the pewter hits wood. I’ll need a real good form to hold the correct shape and dimensions and a very good seal where pewter hits finished wood.
Love that Hartford style nose cap look.
T

Another thought is to transfer the pattern to some raw wood same dimensions as my forend and cast the cap. Then transfer to finished stock and attach with screws and epoxy???
T

Do most cover the area on the forend with masking tape before drawing the shape of the nose cap cut out area? Or would blue painters tape be better or something else? Want to keep the edges clean precise?
M

The clean and precise is going to be determined by your chisel cuts so just pencil straight on the wood is best for me. I believe I would either live without the nose cap or resign myself to the fact that you will need to refinish at least some wood.

Very sharp chisels and careful file work after drawing on the wood. 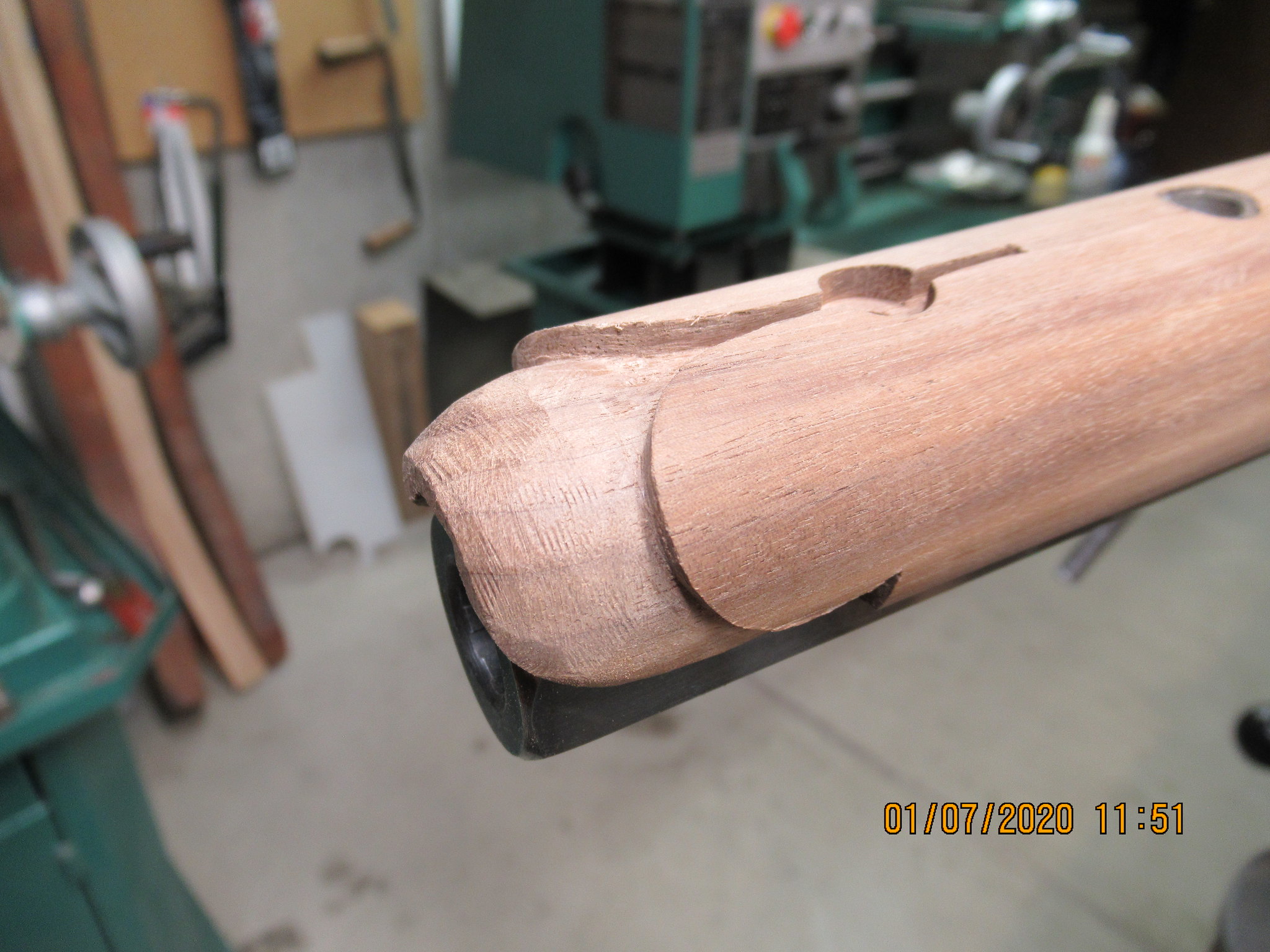 Thanks, seems like a worthwhile project, I can handle the refinish if necessary. Just don’t want to have to. Seems like all my projects end up way more work than anticipated. Usually my screw ups are the reason but I usually get it done and happy with the outcome. It doesn’t look like this is going to be the exception!
If you have more input don’t hesitate. This is a unmentionable project on a single shot!!
N

And olde trick for installing a pachymar/padded butt to a modern rifle is/was.
A layer of Scotch tape (.002) under a layer of Painters tape (.005) under a layer of electricians tape (.006),,
,, all installed against the mating edge of the finished wood.
(and/or installed prior to the first cut)
As the install is shaped to contour with files/sanding blocks,, you work the edge until the "tape" is scuffed from sanding,
Remove one layer of tape and work down until the next layer is scuffed, then remove the next layer and work it down further.
That last .002 of the scotch tape isn't really noticeable at least with a butt plate install.
Just sending out ideas,,
T

great idea, that will work, thanks

I poured a real ebony wood nose cap on this muzzleloader. Lol. 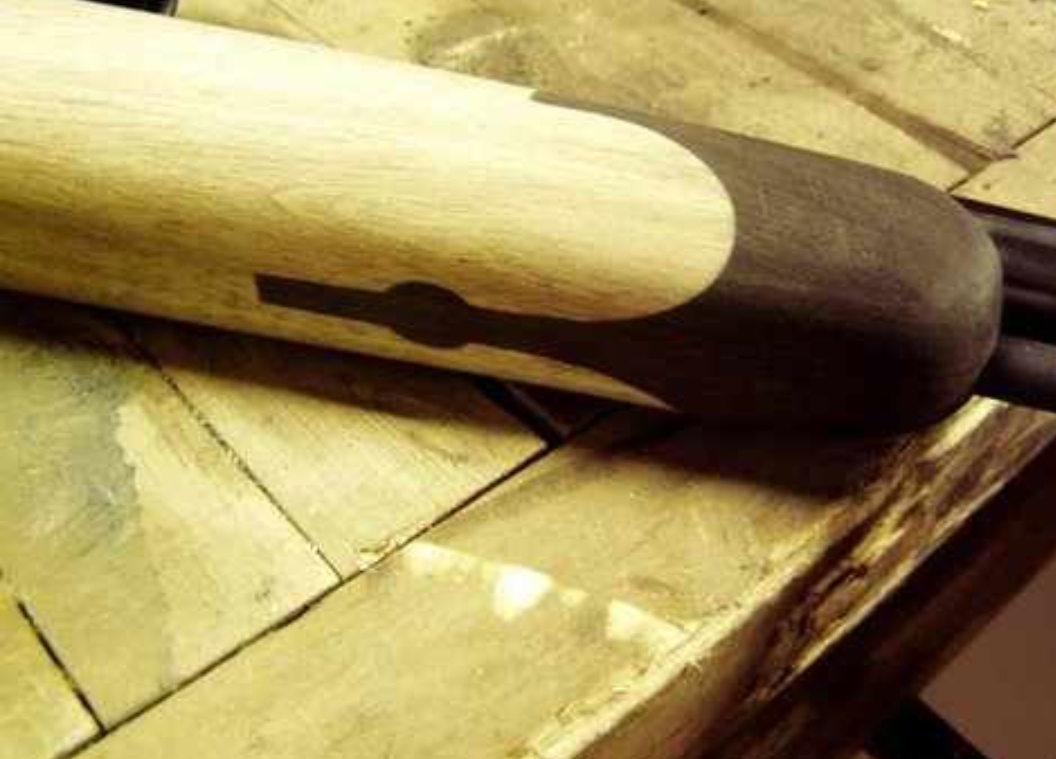 Is pewter the best metal to use when pouring my nose cap? I thought I read where silver solder works well also?

The Appalachian said:
I poured a real ebony wood nose cap on this muzzleloader. Lol.

I didn't even know that one could melt ebony. Hmm...
M

hanshi said:
I didn't even know that one could melt ebony. Hmm...
Click to expand...

Too hot and it'll burn right up.

if i ever need brain surgery(unlikely without a brain) you are the one i want to do the fine work!

Silver solder would require too high of a temperature