Hi Everyone here is my other purchase, hopefully better luck here. It was marked as a 1865 gentleman's pistol. It has a rifled barrel about 0.55 Inch caliber. here are some pics, it has some maker marks on the barrel (can see in pic).

Thanks again for any help!

Ha, Thanks to Zonie I have discovered the obvious button and drag/drop option! here are those pictures again with out watermarks! 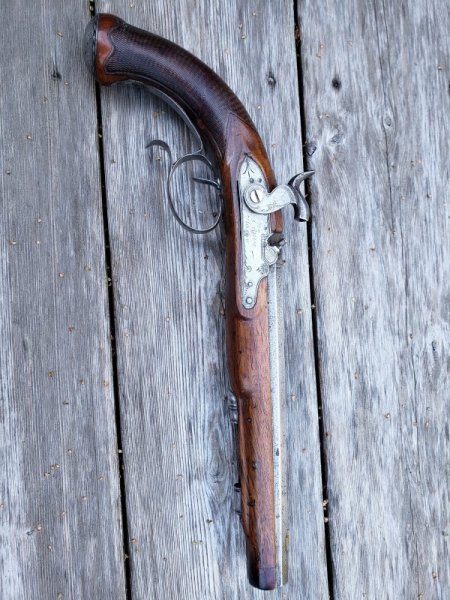 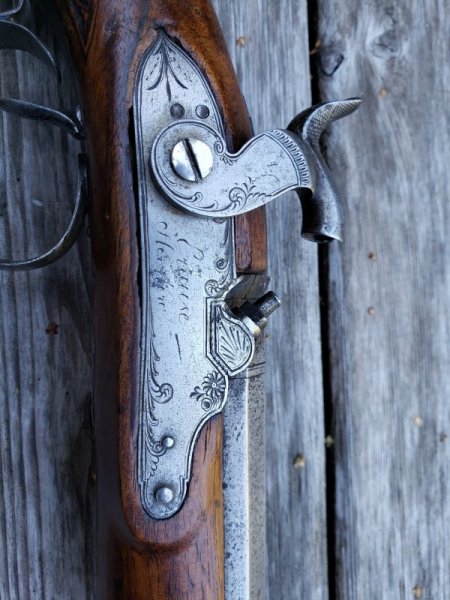 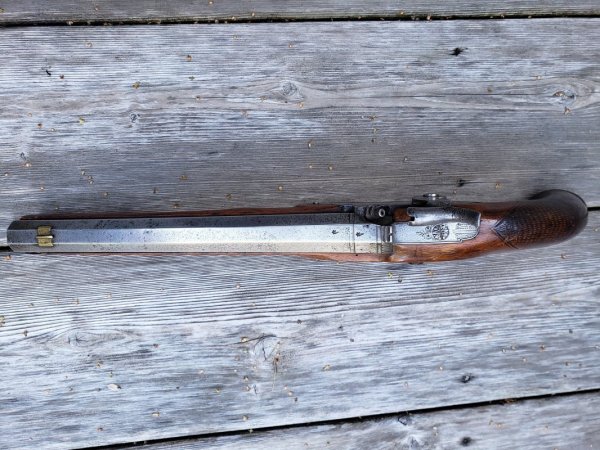 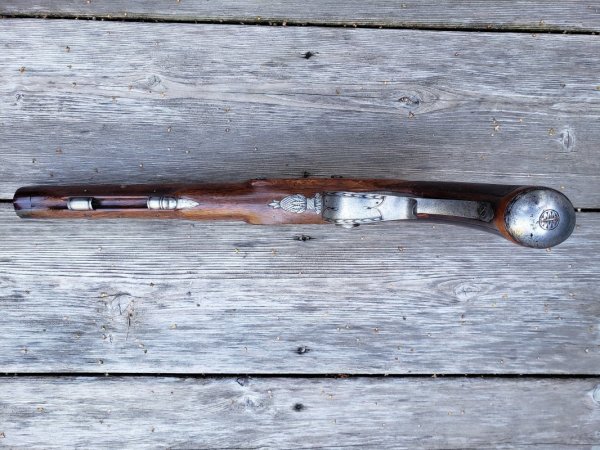 I can't help identify it but it sure looks nice.
D

Thanks, for the intel - it was killing me trying to read that name, now it's Obvious! Guy who sold it had it as French, not looking at his stuff anymore.

If the price is right, I encourage you to keep looking. Selling (for them) can be dangerous if they don't know what they have.
T

It's a VERY nice find, but missing the ramrod, and the other one of the pair. This/these were a pair of gentleman's travelling pistols that may also have doubles up as target pistols, judging by the fine sights and what appears to be a set trigger.

Here in UK we would shoot that in a target pistol competition, having had it checked over by a competent gunsmith, of course.

Timewise, I'd put it at the beginning of the percussion era, around the 1840's, as the style is certainly not that of the 1860s - it is far too ornate and far too much physical resemblance to its flintlock predecessor. Here in Europe, by the 1860's, the railways had taken over 99% of all horse-drawn stage-coach travel, by then a hopelessly outdated anachronism along with the need to protect oneself from brigands and 'men of the road'.
You must log in or register to reply here.
Share:
Facebook Twitter Reddit Pinterest Tumblr WhatsApp Email Link