Fall is now officially upon us here in the northern hemisphere, the days are getting shorter, temperatures are beginning to drop, leaves are beginning to change color from green to beautiful shades of red, orange, and yellow. Before you know it we'll be out in the woods again stalking turkey and deer, and enjoying the holidays with family and friends. First up is Halloween with ghosts, goblins, and pumpkins!

What better way to sharpen our shooting skills and get into the Halloween spirit than a bit of pumpkin carving!

This is a Six shot target. Fire one shot at eac bull! Misses count!

Scoring
The bulls are worth 10pts each.

Other areas outside the bulls are as marked.

Watch out for the 2 outer pumpkin segments and the stem, -5pts if you land a shot there!

The shooting distance for this contest is 25 yards.
No do-over’s. Print and shoot one target only. One rifle and one pistol is acceptable.
Only registered forum members may participate.

If you would like please take a picture of your target and post it on the forum under this months (October) shoot to share with other members. However, to be officially scored and posted in the final results you must still mail in your target unless you are overseas as noted below.

Single patched round ball only. No restrictions on caliber. (a patchless ball may be used if so desired)

Only original targets will be accepted. No copies, faxes, scan, etc. unless you're an overseas participant...
Overseas participants may scan and e-mail me. Just send me a PM through the forum and attach it or I'll give you my e-mail address. As long as I can CLEARLY make the target out I'll accept it.** (I recommend using a dark backing paper when you scan / copy it if possible so that the holes show clearly)

Fire 6 shots only, misses count! Mutilated targets or targets with more than 6 holes will be disqualified. If you have any questions, suggestions or concerns please don't hesitate to contact me.

Mail your target, postmarked no later than October 31st to:

Are the black areas 10 points?

Correct J dirt, the black areas are worth 10pts, take one shot at each (6 total)

I shot mine Sunday during our club monthly shoot. It is a pitiful sight, pun intended.

. I aimed one shot at each black spot. But you can’t tell it by looking at the result. I did much better on most of the club targets.

I will drop it in the mail this week.

Thanks for hosting the shoot!

Will shoot mine this weekend.

Perfect day for the October Frolic: No sun, no wind, but high humidity and plenty of mosquitos. Here's my target (easy enough to see, but not so easy to hit!): 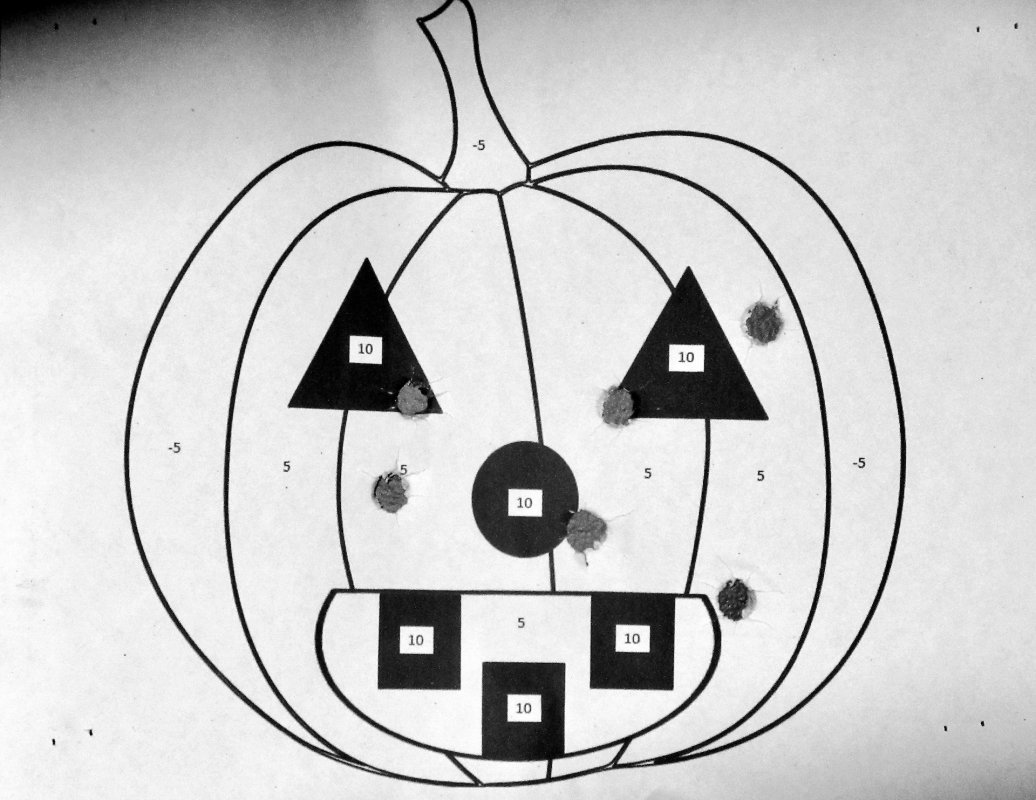 Printed mine, will shoot this weekend, likely in the snow by the looks of the forecast.

Those spots sure look small at 25 yds

! The only one I hit was aiming at a different spot, sure is fun though. Thanks again for doing this. Hunting load of 80 grains FFg GOEX, .530 ball and .018 pillow ticking

Handing over to the United States Disappointment Service on Tuesday. Nice target, glad I found time to shoot this month.

Nice! Supposed to snow tonight. Hope to shoot mine tomorrow.

I am SO glad to hop in here and see these contests are still running! Maybe I will pull the old smoke pole out, dust it off and try my hand. No promises!

I had a rough go here, perhaps worst so far! Dropped that bottom shot off the darn target. Still a hoot and a half to shoot though. Thanks for the prompt folks!

Shooting mine this weekend ill be happy if it's as good as that. Its all about getting out and burning some powder.

Thanks for Dropping in Adui, I'd be honored to receive a target from you!

Glad to see you checking in Adui . Now get out and make some smoke.

Nice day for punkin' plunkin'. Here's what I got this month, one of those bottom ones in the middle was supposed to be on the one on the left....oh well. Challenging target. 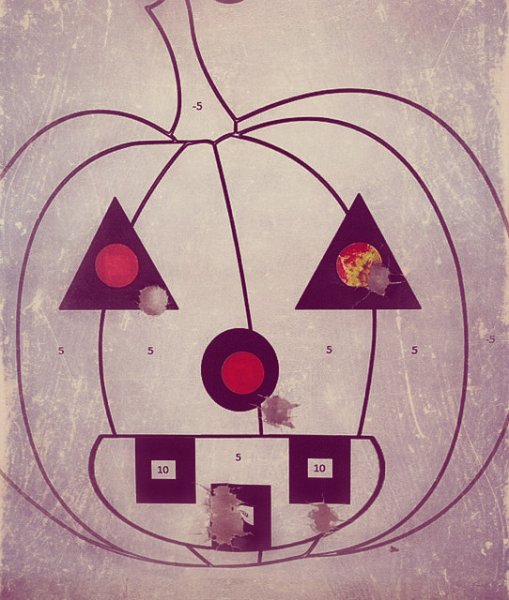 ...thanks for hosting the match! RR 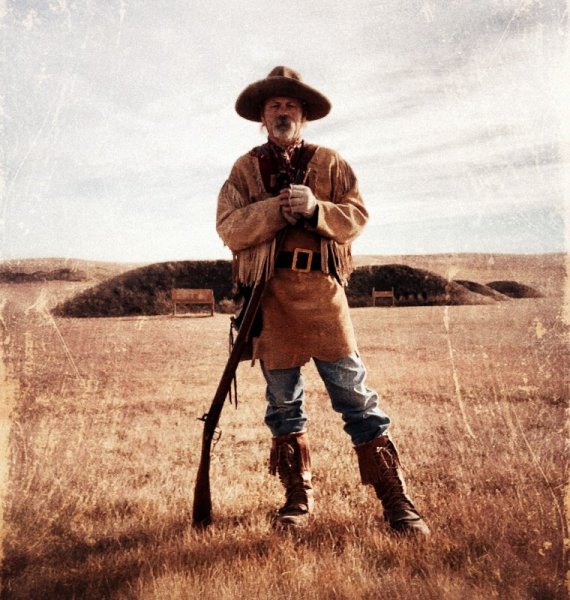 RanchRoper said:
Nice day for punkin' plunkin'. Here's what I got this month, one of those bottom ones in the middle was supposed to be on the one on the left....oh well. Challenging target.

Nice, you seem to have lost nothing by going to a .480 ball. Ease of loading alone makes it worth a try. Nice shooting.