New to me Vincent rifle

RickD said:
I`d like to see pics of other Vincent rifles if you have them
Click to expand...

Say now I really like that fullstock over my half stock..Hoping next weekend I can finally go to the range and shoot mine..
J

RickD said:
Say now I really like that fullstock over my half stock..Hoping next weekend I can finally go to the range and shoot mine..
Click to expand...

Thanks RickD, you have a fine looking half stock Vincent, let us know how it shoots.

Thanks Strykerdlh, I always liked the look and feel of Vincents....was going to have a halfstock made....friend that made my fullstock had a .36 cal wallhanger with a 48" barrel....that's where I got the idea of the longer barrel....we discussed making it a fullstock....something different....then I came up with the idea of making it a flintlock so that I could shoot it in all matches....the lock is a L&R Durs Egg....the lock plate was modified to look like a Goulcher lock plate....besides being a .45 cal we tried to follow all the Vincent traits....a 5/16" ramrod....we went with the larger side plate....smaller patch box....as in my book of Ohio Long Rifles II it shows a John Vincent rifle with a larger longer patch box....we goofed up on the tang....mine is rounded instead of pointed....all parts came from Track of the Wolf....that's the history behind my Vincent

Ahh now I know why my tang is pointed..I know very little about the Vincent rifles..
B

If it doesn't fit in send it to me I have a spot picked out especially for it. :wink:
R

Fits very well but if I come across another rifled .62 cal I just might put her up for sale
R

Very nice stuff!! I prefer the long wood for myself. Good luck with your new piece.
Dusty
M 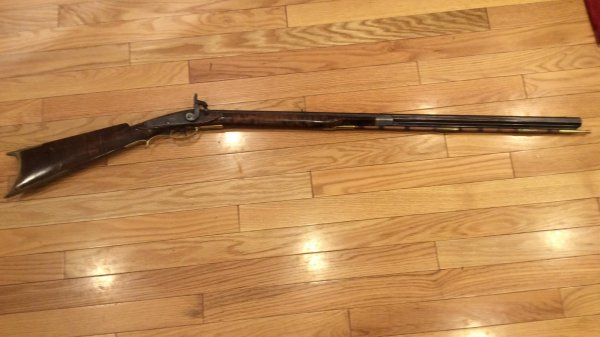 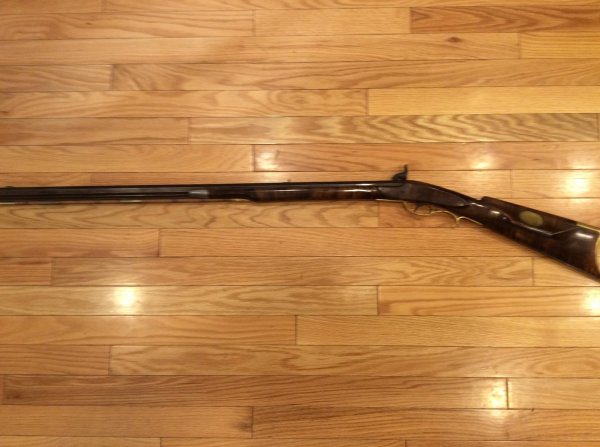 I also have a L Bryner in .36. Trying to find out more about “L. Bryner” can anybody help with that?
O 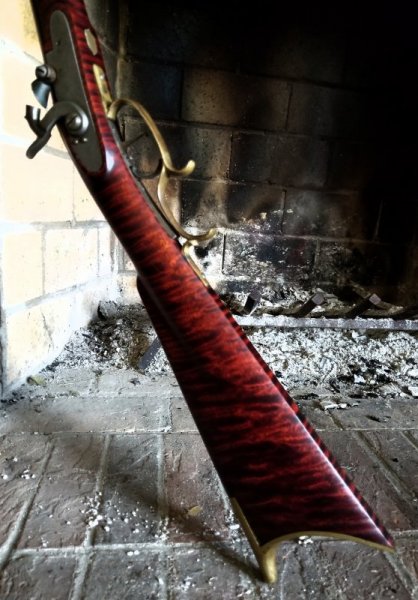 I made this for my daughter who at the time was with the JAG Corps. Maybe not a full fledged Vincent, but that was what I was looking at when I made it.
Robby 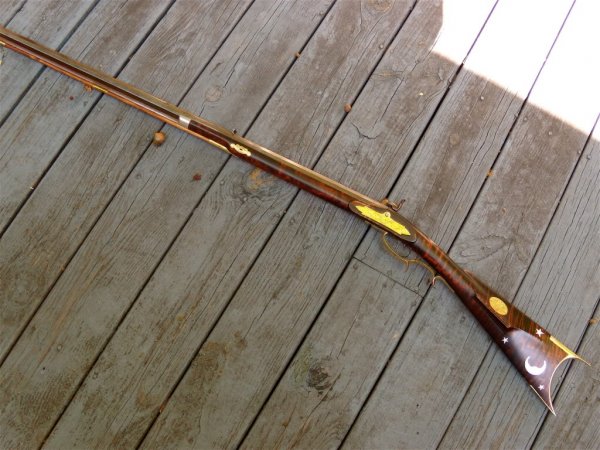 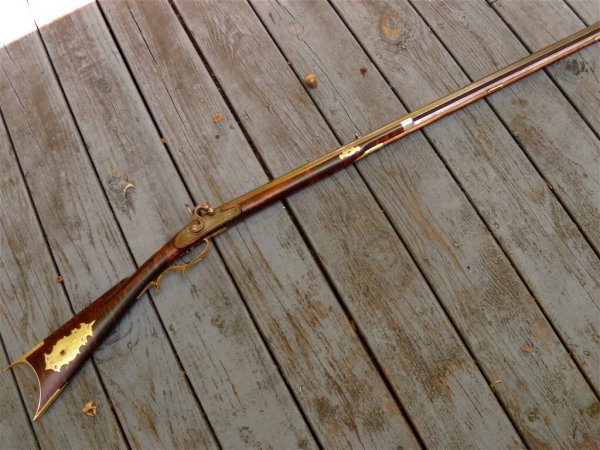 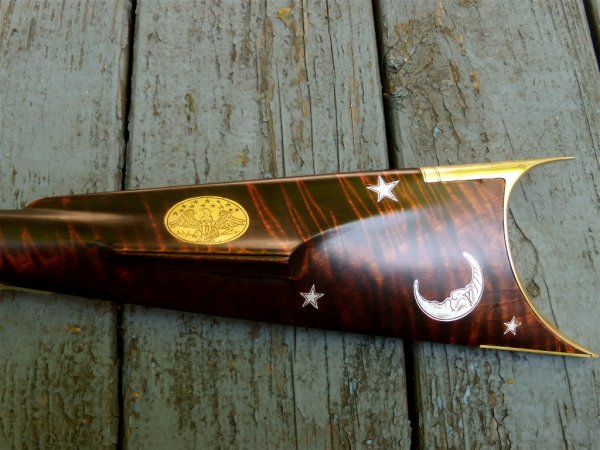 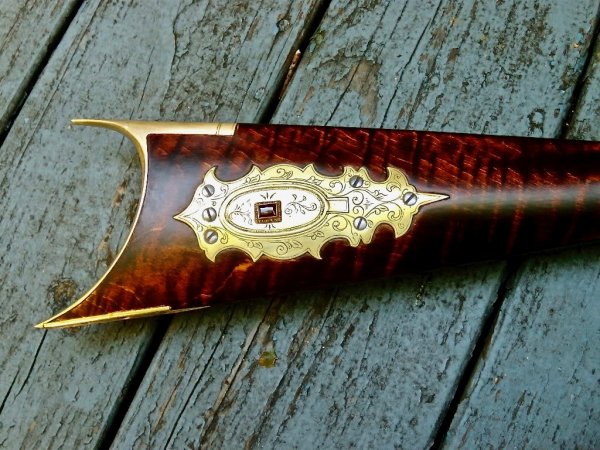