The florescence of warfare was undoubtedly accelerated in the half century from 1780 to 1830, when the Haida had no effective enemies except the many European and American traders on their shores who would rather trade than fight. During this period, the Haida successfully captured more than half a dozen ships. One was the ship Eleanora, taken by chiefs of the village of Skungwai (or Ninstints) in retaliation for the maltreatment Chief Koyah had received from its captain. An even more spectacular event was the capture of the ship Susan Sturgis by Chief Wiah of Masset and the rescue of its crew by Albert Edward Edenshaw. In such conflicts, the Haida quickly learned the newcomers' fighting tactics, which they used to good effect in subsequent battles, as Jacob Brink notes:

"As early as 1795, a British trading ship fired its cannons at a village in the central part of the archipelago because some of the crew had been killed by the inhabitants, and the survivors had to put hastily to sea when the Indians fired back at them. They found out later that the Indians had used a cannon and ammunition pilfered from an American Schooner a few years earlier."

Swivel guns were added to many Haida war canoes, although initially the recoil on discharge caused the hulls of many craft to split.

Thought some folks here might be interested in it, particularly the Haida use of gunpowder artillery. They were some hardcore dudes back then, definitely the vikings of the Pacific-Northwest. Their war canoes could reach sixty feet in length, and they had a long history of raiding the coast as far south as California.

If anyone has similar stories to share of Native warriors taking on American/European ships during the fur trade era, I'd love to hear them.

Good post. We don’t get very much on the Pacific Northwest.
The Aricara come to mind for me. Before the famous fight of 1823 they acted as gate keepers at least. No one passed their villages with out paying tribute to them
G

Sounds like not much has changed since then.
N

Indeed
The Haida are still rolling on the water. 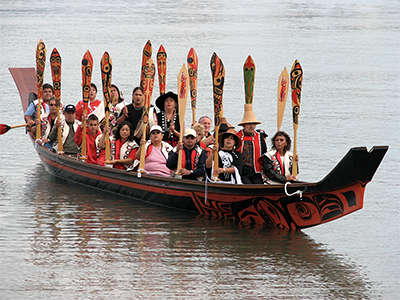 Dear Nor wester You come up with interesting angles are you on that side ?. I Twice desended the Homathka River & once the Klina Klini from Taklayoko Lake & Klinaklini respectivly .though this was mostly Chilcotin & Ulican carriers rather than the coast. Captain Voss sailed a modified Haida war canoo round the world. The' Tilicum' /' Friend' in 1911 or thereabouts . I found no village sites but did find the old road of Waddington's & camped in Cleft camp near to Murderers Bar. .I carried first trip a pea rifle but the other three used a muzzle loader 12 to 18 days sort of trecking ? but ime past such energy these days .
Regards Rudyard
N

Thank you Rudyard. I'm originally from Oregon, but I've spent my life moving around since I was in my teens and I don't live in the PNW at the moment, though I often miss it. Very interesting to hear about the canoe on the round-the-world trip, that was a story I missed, I'll have to dig in to it a bit.
R

Dear Nor,wester and thank you Tenngun. Captain Voss wrote the book 'Ventursome voyages of Capt Voss ' in July 1898 he set sail out of Victoria BC and goes round the world with various off siders the vessel ending up in London neglected but now resides in the Maritime museum in Victoria BC restored . Cliff Copas wrote' Bella Coola' a good reference on coastal BC..
Regards Rudyard

There is a pretty good account of a Nootka attack on an American trading ship, the Boston, in 1803. The captain was John Salter. His plan was to sail to the Pacific Northwest with a cargo of trade goods, collect a boatload of furs, take the furs to China and trade them at enormous profit, and then come home to New England. However, he managed to inadvertently offend the Nootka king, named Maquinna, who attacked the ship and killed all but two: John Rodgers Jewitt (the ship's armourer and blacksmith) and John Thompson (the sailmaker). Jewitt was spared because of his usefulness. Thompson had been hidden during the attack. Jewitt's tools were brought ashore and he was put to work, making knives, axes, harpoon points and other such useful items for his Nootka captors. 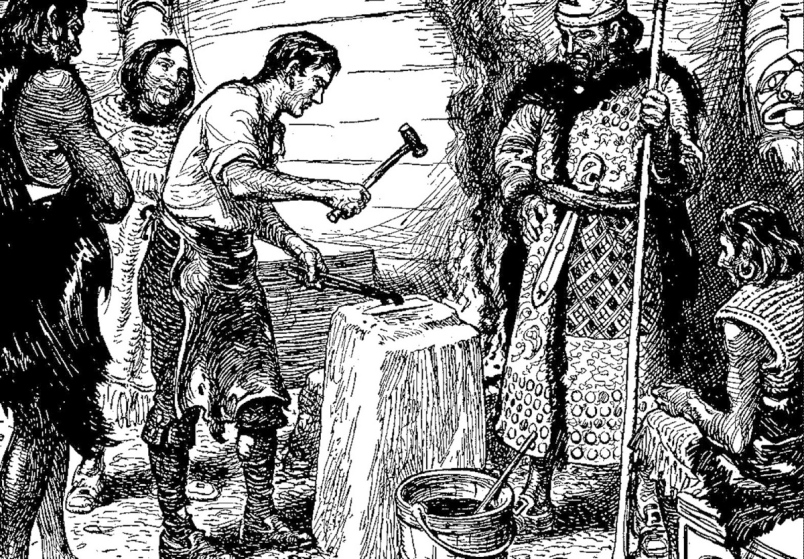 He eventually married and was considered one of the tribe, but was later rescued after 28 months in captivity. His story was taken down and published. 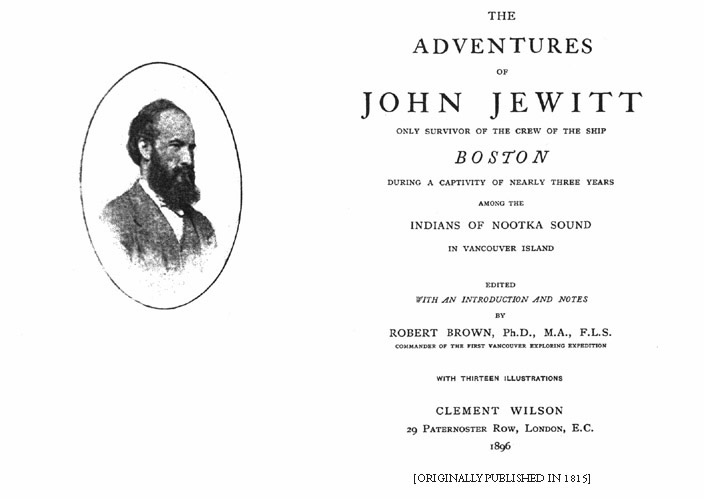 Jewitt reportedly traveled all over New England, selling the books about his captivity. I believe he was considered odd, but it is significant that he suffered a head injury during the attack on the Boston, and long-term or even permanent personality and behavior changes are frequently accociated with that type of injury. He died at the age of 37. However, his memoir is still in print.

The topic of this thread is an interesting one. We hear a lot about the native people of the plains and Rocky Mountains and their encounters with traders and trappers, but not so much about the Pacific Northwest, where the fur trade had an equally significant impact.