I bought this rifle off of an auction site in 2011 for $180 thinking I could use the parts if nothing else. The seller said that his father had built it and had won many matches with it. After receiving it I thought what an ugly gun. It is a 50 caliber with a coned muzzle and a 1:48 twist barrel with an excellent bore. It shot very well though. I have no idea who the barrel maker is, not a mark anywhere and it appears to be double breeched. The lock has a fly although only a single trigger and no marks either.

After posting about this gun hitting clay birds on the berm at 120 yards, on another thread, I got to thinking that I had not shot it since. I couldn’t remember what load was used and for the life of me I can’t find my notes (note to self make up a spreadsheet for all of my muzzleloaders).

Yesterday I started working up a load again. It still shoots better than I can and I’ve decided to keep it like it is. If for no other reason than to honor the builder.

Shot at 32 yards using the loading stand as a steady rest. She seems to like a .490 ball patched with Ox-Yoke .12 oiled patches and 55 gr Goex fffg.

I would say you knocked a homerun with that purchase. Gun looks solid and well-built and the target is outstanding. Of course shooting on paper out to 100 yards will tell the tale but its performance at closer range is very encouraging and hitting clay pigeons at 120 yards is quite good. The 13th AF emblem is interesting. I spent 15 months in the Phillippines in the 13th AF back in '69 & '70. I do wonder what kind of rear sight it had originally to have such a big dovetail. Any way, you did well. I will be glad to give you $200 for it right now! Cash!!!
G

Having spent the better part of 9 years in the Philippines I too noted the 13th AF crest. As long as it shoots good you got a bargain. :hatsoff:

I see tinypic strikes again. I'll have to go to another computer to find a couple of pictures of it. I'm back I found a couple to add 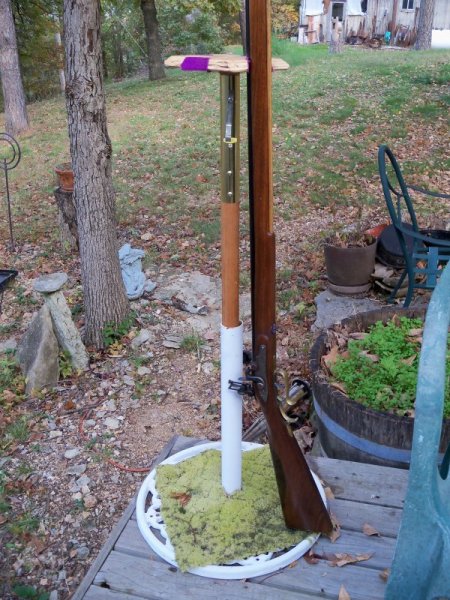 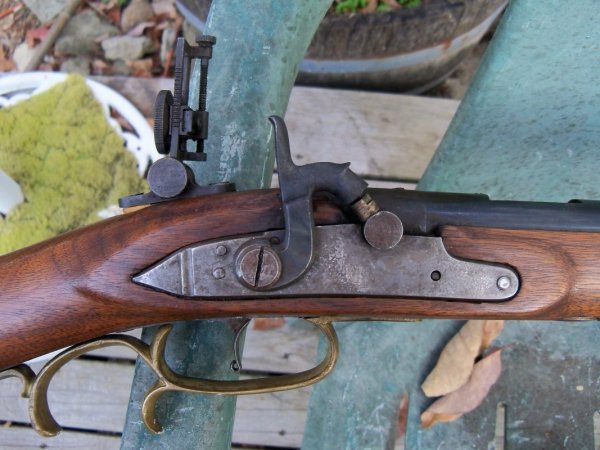 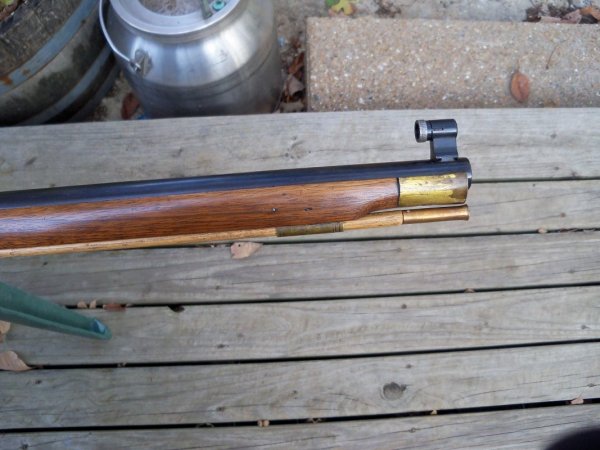 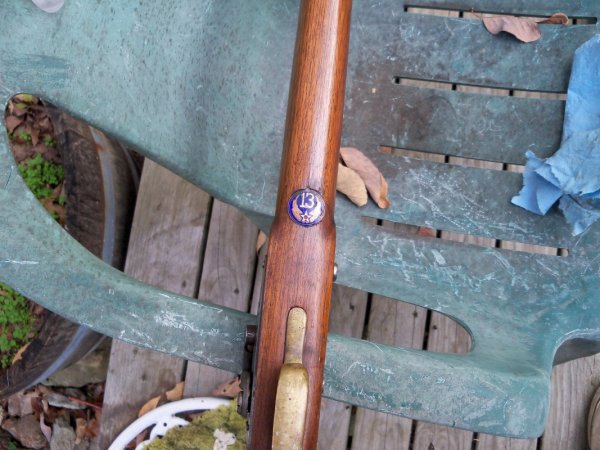 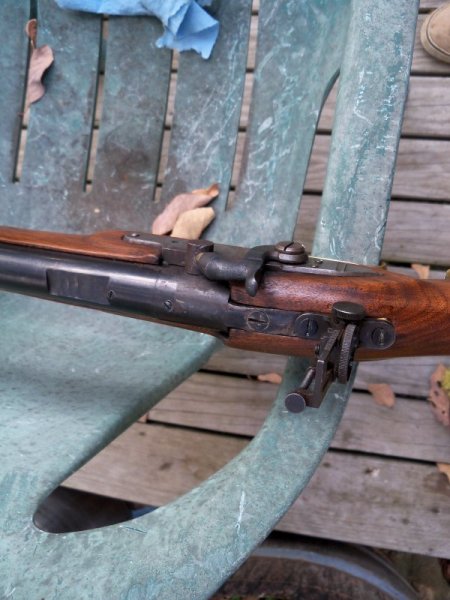