My "New" Sharps Rifle and Case

Over the Spring, I added a scope to my Sharps rifle and rebuilt a case for it and thought I'd share. The scope is one of those Tasco 32" brass ones that Navy Arms and Dixie Gun Works used to sell. I had to make an extra 7" extension so it would extend to the muzzle and configure a way to attach it. The case was old and a took it apart to make it more "Buffalo a Hunter" style. Unfortunately I didn't expect the case to weigh the metric ton that it does now - even without the rifle - so it's just to store the rifle in now. It's nothing "period correct" but rather just a shooting case dressed up more: 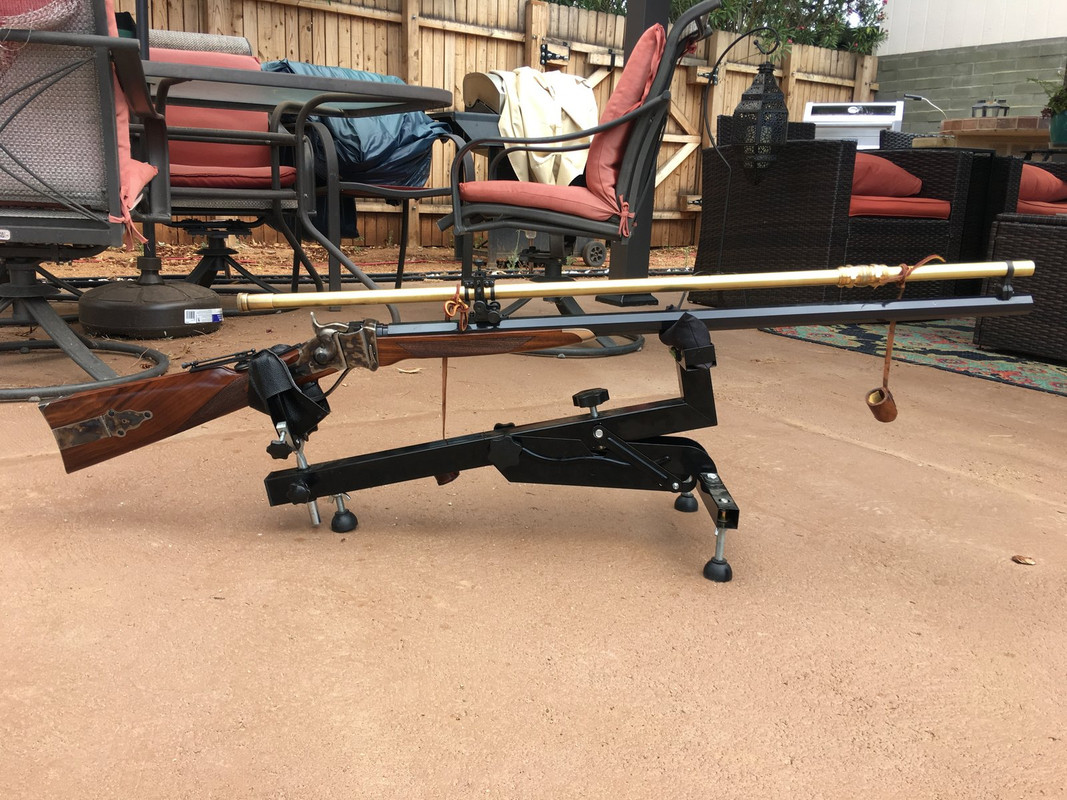 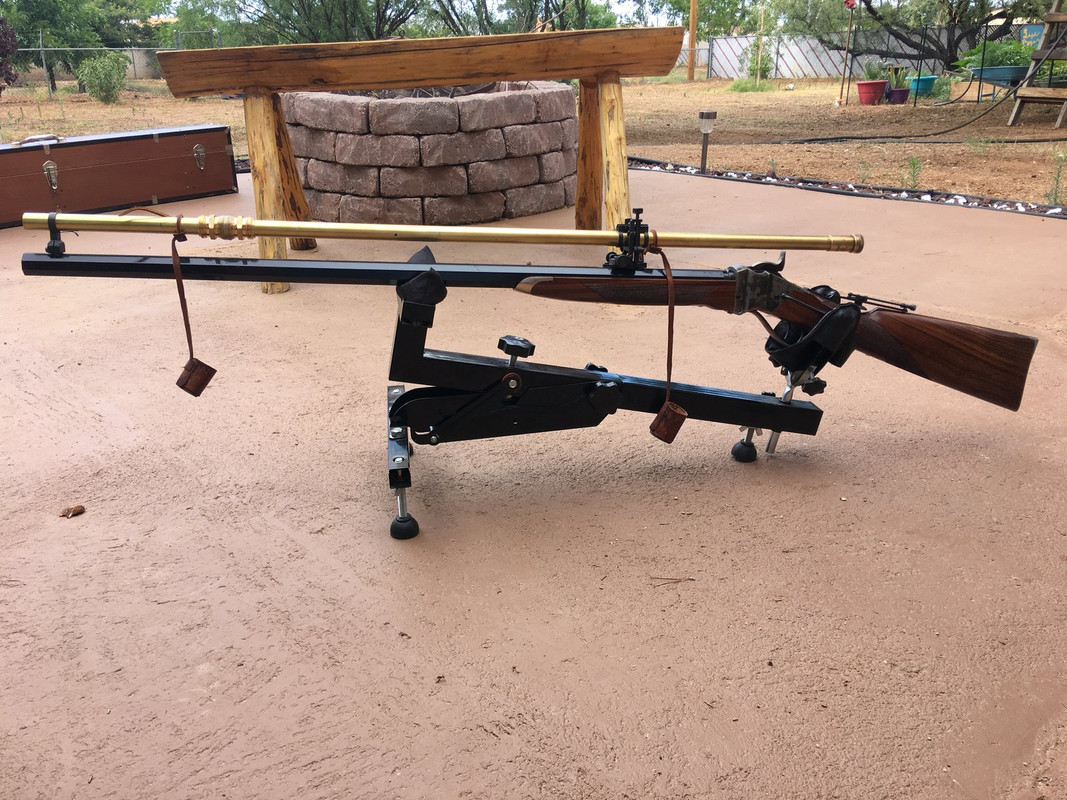 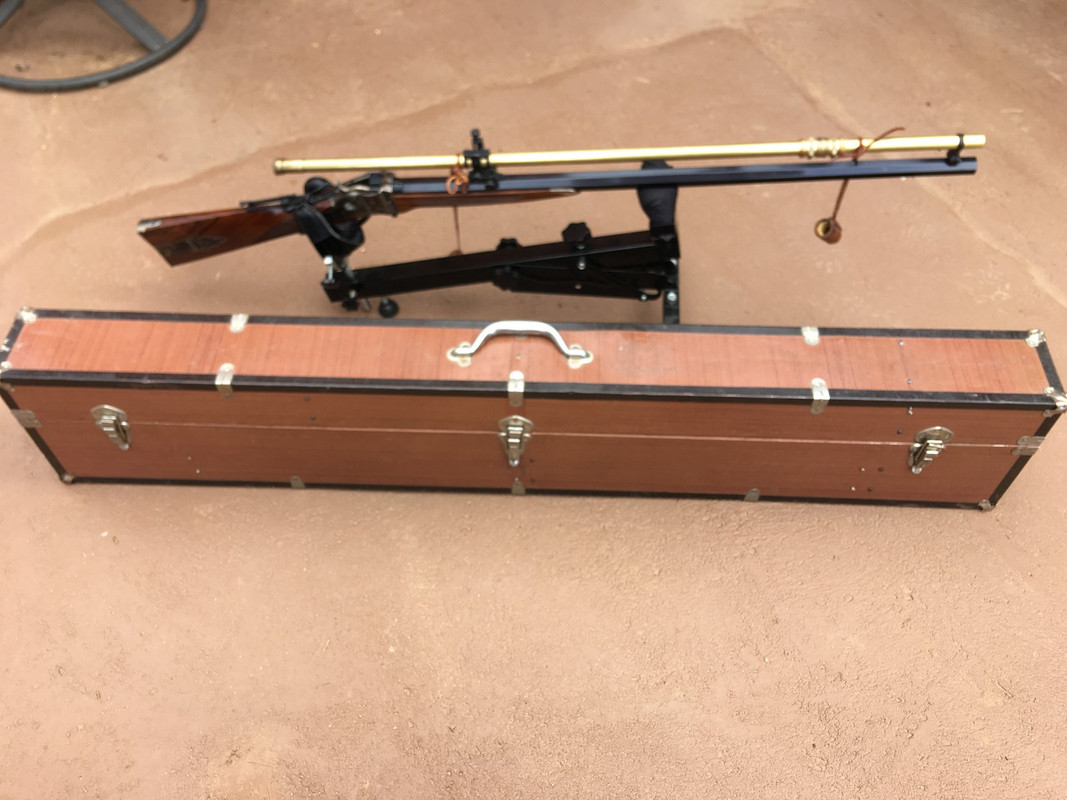 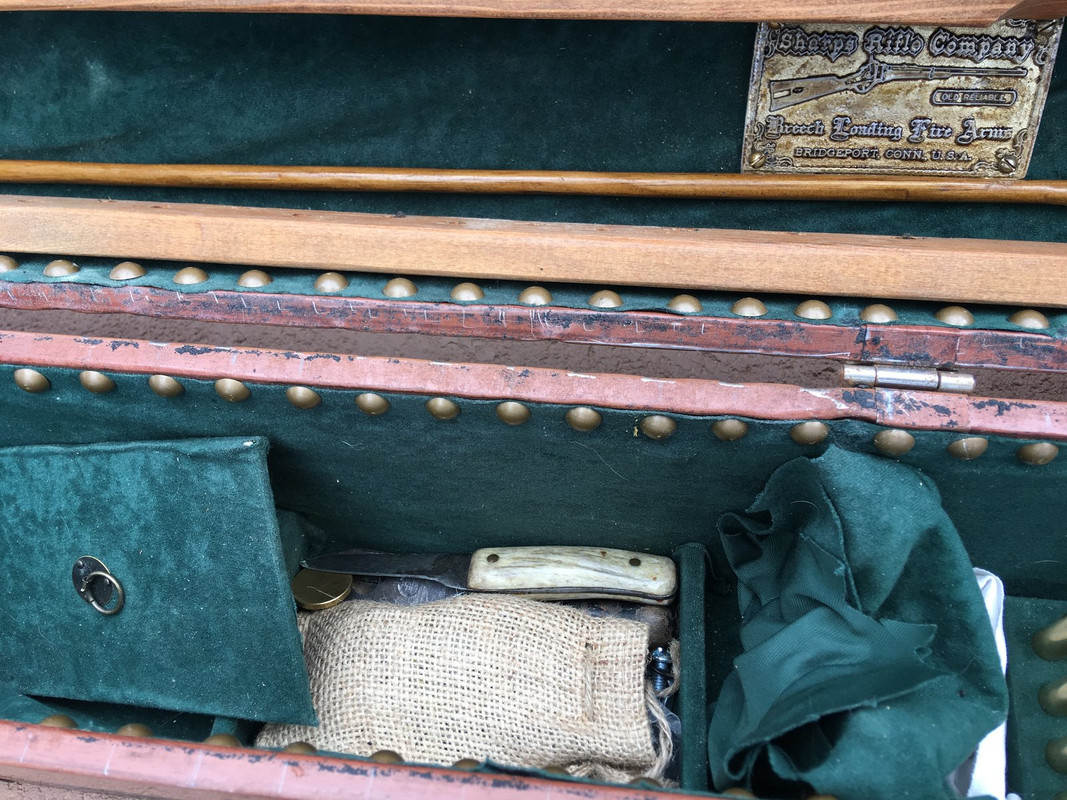 Why are there toggles hanging from the scope ?
1

Oh, that makes sense, but I think having something dangling from the scope would negatively affect my accuracy.
D

That's what they are. I've found them to not be a bother as they're very light and simply made. And the come right off. I don't normally have them on it when shooting but they do a decent job protecting the lens.

Nice rifle you have there, DrinkingBear! You could really reach out and touch something with that.

Good job mounting the scope, too. You may be familiar with Frank Mayer's book, The Buffalo Harvest. His time frame was later than the the period of interest on this forum, but still very much in the 19th century. He had a lot to say about the rifle scopes of his day, and he considered them essential equipment for professional hunters.

I see a very simple but interesting antler-hafted knife in your rifle case, in the last photo. What's the story on that?

I've got a period correct leather case if you're interested. will hold up to a 32" barrel.
I've sold my Sharps rifles.
P

We don't talk about guns that shoot self contained cartridges on the forum.

If the Sharps uses paper or cloth cartridges that don't contain primers or caps, that's ok to talk about. If it uses modern rimfire or centerfire cartridges, it is not.

Looks like the OP has not checked in with us since July 29th. That Sharps of his is a nice rifle.