Musketoons and Minies. Pigs in the rubber vine OR Sunburnt sore and satisfied.

Before I start this tale of blisters and bloodshed I must warn the more sensitive that unmentionables were used by some parties in this story. For expediency I will refer to these folks as Mr Martini and Mr Marlin.
Mr Martini and I had been planning a BP hunt for some time. He called a few days back and a date was set 7/26/2020. He said he was bringing his Zouave and an unmentionable. I found out a mutual friend was going to bring his bolt action unmentionable but as it was a BP shoot I managed to convince him to take my other less unmentionable. I took the Musketoon.

This Musketoon is a Parker Hale replica of the 1861 Enfield artillery carbine in 577. I had picked it up only 2 weeks ago and had been messing around with Enfield style paper cartridges (using a 54 Minie as I do not have a Pritchett bullet mold). The beauty of these cartridges is the speed and simplicity of loading.

This was a gentleman's hunt. I got picked up from home at 9am and with 3 of us crammed in the cab of a Landcruiser ute we set out. The weather was dry, dusty and windy.

We stopped at an area called the trees to load and have a cuppa. The trees are infested with Corella's.
These are a type of parrot. they tear the foliage off where ever they happen to be and here there are enough in numbers to kill about 2/3 of the aforementioned trees. 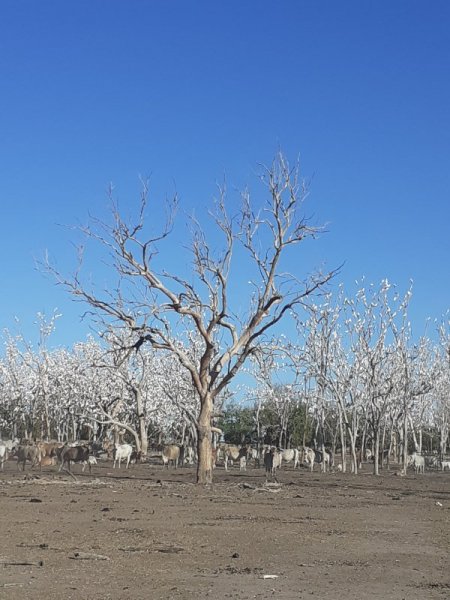 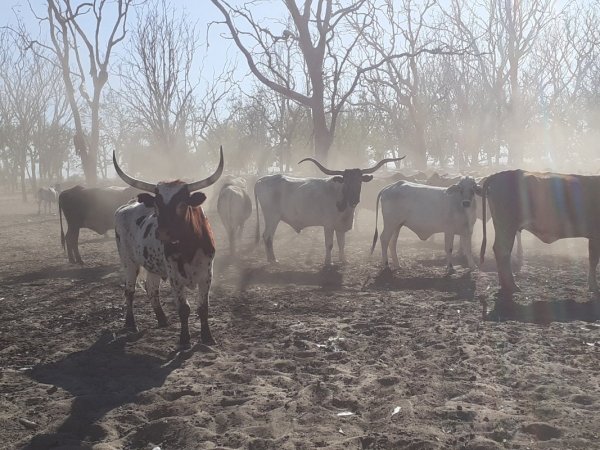 After that we headed for the rubber vine. Rubber vine is a thick tangled mess full of pig tunnels. To say there was sign would be an understatement. There was sign EVERYWHERE!. Any way we walked around for about an our and Mr Martini said there and pointed to a patch of vine about 10 yards away.
Spotting pigs in Rubber vine is not easy unless they are moving about. You are looking for a shadow in a shadow in the shade. Usually you spot an ear twitch or the mud splattered on their black coats.
This is rubber vine. 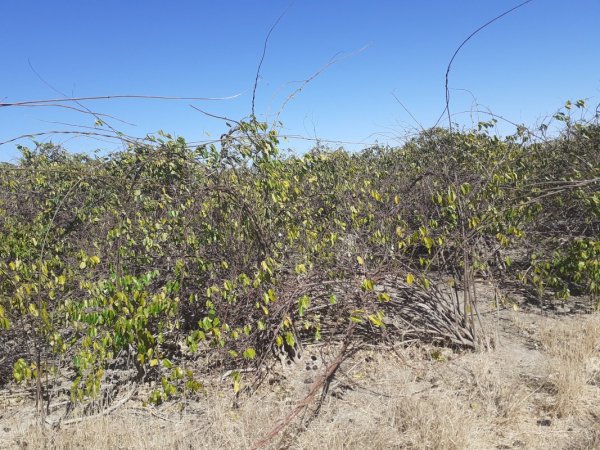 I bring the gun up and the pig bolts! I swing! I fire! I miss. It's gone. The others then told me what a large pig it had been to.

Anyway walked, crawled and otherwise worked our way through this stuff until we got to the mouth of a dry creek bed. Suddenly a gust of wind took off my hat and sent it rolling. Of course I had to chase it and in the back of my mind I thought "Shouldn't be doing this. It'll scare the pigs". What do you know I got my hat and looked up to see a heap of pig legs about 40 yards away. Thankfully They did not sense me.

I signaled the others and after a few minutes Mr Marlin and I left Mr Martini to stalk the mob. We got pretty much on top of them twice, I don't think they knew we were even there but could not get a shot.
When Mr Martini got into sight he motioned us to take a loop to the right. We did and we saw 2 sows laid up.
BOOM! went the Musketoon. My sow stood.
BOOM went Mr Marlin. My sow lay back down. Mr Marlin went boom a further 3 times and then Mr Martini went Boom.
I had shot my first pig with a muzzleloader nd we were all successful.
The mob consisted of about 6 sows and 30 suckers. 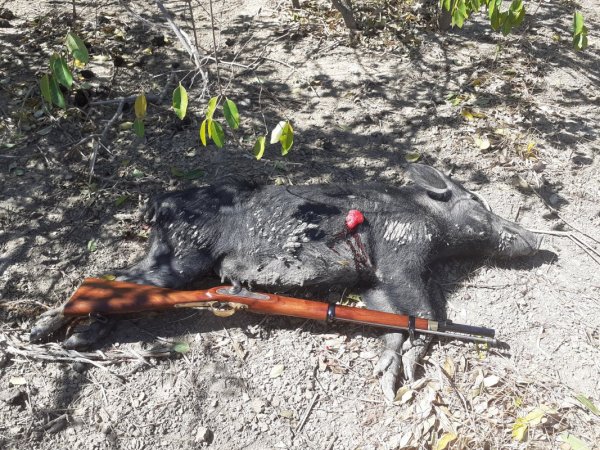 It was now lunchtime. After spending some time driving around looking for the right type of firewood we all enjoyed a "Scrumptious Repaste of steak and vegies from the campfire grill down by the billabong under the shade of a coolabah tree. 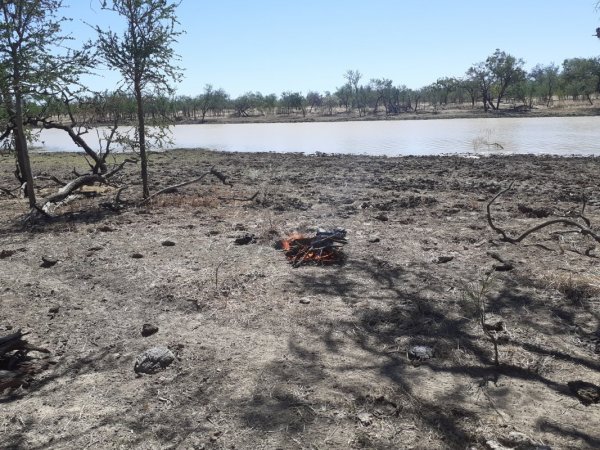 By now I was started to feel the telltale blisters pulling on my heels but it may slow me but it wont stop me. Spent another 2 hours going through prickle bush and rubber vine and decided to call it a day. Drove back to "The trees" stopped and cleared the guns and set off.

Well after a bit Mr Martini says is that 2 pigs? It was. There were 2 sows feeding in the open paddock about 250 yards away. Coming to a halt we loaded up and headed over. It was interesting that everytime one of the pigs raised its head even a bit the sound of the 3 of us crushing grass just stopped. Before long I was getting worried. We were at 50 yards and still closing. By now we could see over a dozen suckers. The blisters were burning and I was slowing down.
I was supposed to shoot first but there did not seem to be any stop to the advance. I raised the Musketoon and kept advancing. At about 30-40 yards I nervously took aim. BOOM went Mr Martini. My pig reared up. BOOM went the Musketoon.
Mr Martini's sow and the suckers scurried away.
TWO pigs with the muzzleloader. I had heart shot this girl and she didn't move a yard.
Meantime all the commotion had woken a boar that started moving toward a line of brush that ran past us. Mr Marlin went over and just waited for the boar to come to him.
BOOM went Mr Marlin. 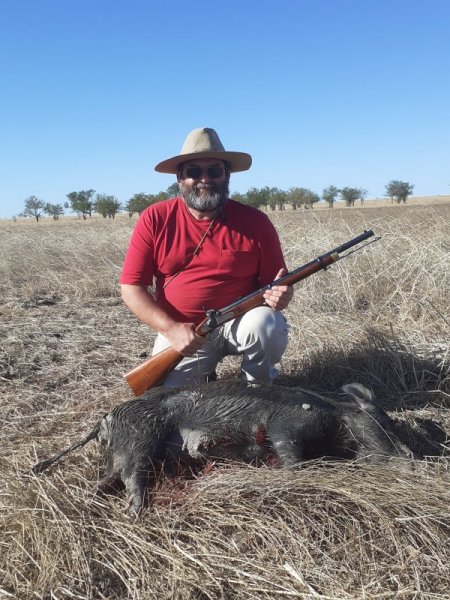 Then we went home. First thing I did was take of my boots. Next was clean the Musketoon.
I was Sunburnt, sore and satisfied.