Currently working on a set of blanket leggings, as a trial run for a future buckskin pair as much as anything else, and was left wondering about construction. From what I've been able to glean, the seams are generally stitched, but I have seen some examples where in lieu of thread the seams are held together by ties. These examples I have found so far seem to be from the Seminole and some Plains and Southwest tribes. Is anyone aware of the tie method being used further north along the Eastern seaboard? I ask as I am in fact lazy and avoid sewing whenever possible, and wonder whether these would be vaguely acceptable for a generic Longhunter impression.

Can you please post the examples of the ones with ties?
Are you sure they are holding the seam together, or are they decorative?
Most of us use a tied garter to hold them up....

Also, what time period are you working on?


Oh, and be careful with the "longhunter" thing. Very narrow time frame and a very limited number of individuals, comparatively, for the true "longhunters."

Westren leggings were tied. Most eastren that we see in paintings were woolen. The earliest drawings of American Indians leggings are absent, but the subject matter was limited.
Otzi the iceman was wearing leggings. Much of his things were very similar to Indian products, so I’m not saying cr 1600 Indians didn’t wear them.
However with so many shown in cloth I have to think sewn would have been a standard. The advent of metal needles and thread/cord had to have been a God send to the local tribal tailors

It would sure beat stitching with a bone… 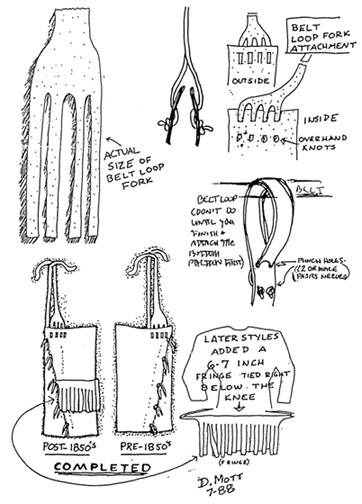 Now this can actually work for a pair of 18th Century leggings....It can be quick and dirty. I made an OK pair of these using this method but.....
I did not leave them (the flaps square like the illustrations) I trimmed the side flaps to about slightly more than an inch and I cut in short "eastern fringe" for the side flaps. The leather ties help hold the flaps together and they do work but I went back and sewed them together with fake sinew...

For the 18th Century, leggings were side seam. Center seam comes later. There could be exceptions to this, but the safe bet is side seam wool leggings Black or Navy Blue decorated with ribbons.
Leather leggings are made in the same way...side seam...very tight....short side flaps with short fringe or flaps. 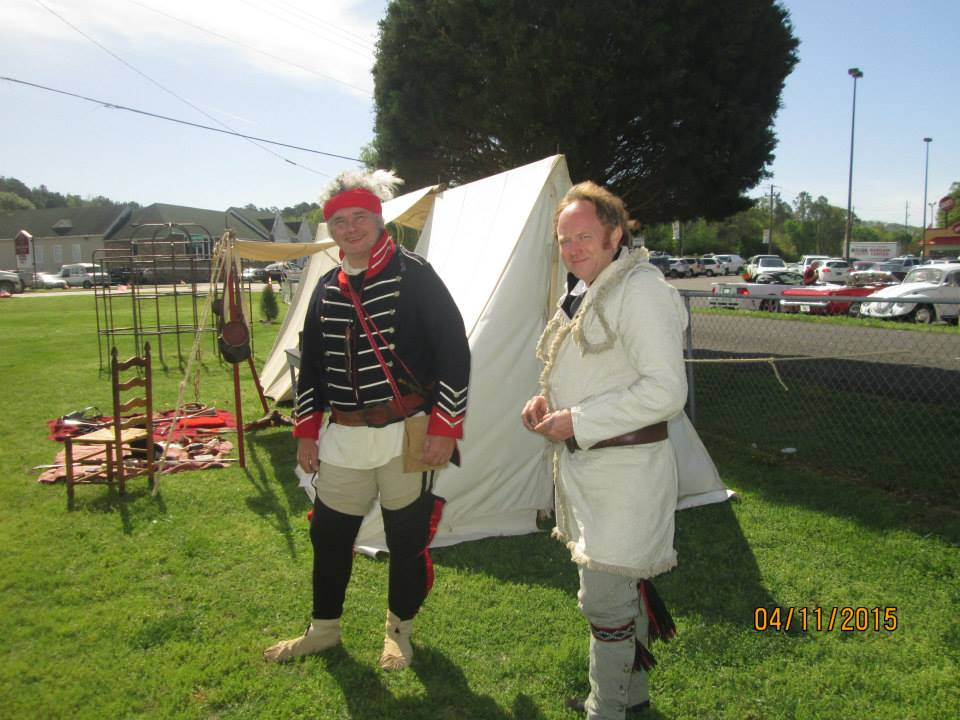 Here is my pair of wool side seams decorated with red ribbon. Now I can pull the inside out (red ribbon to the inside) and they can work well as US Militia Legging/gaiters. I'm wearing a pair of center seam pucker toe moccasins with the flaps up and tied around the bottom of the leggings.
My friend is wearing a homespun pair of long gaiters. 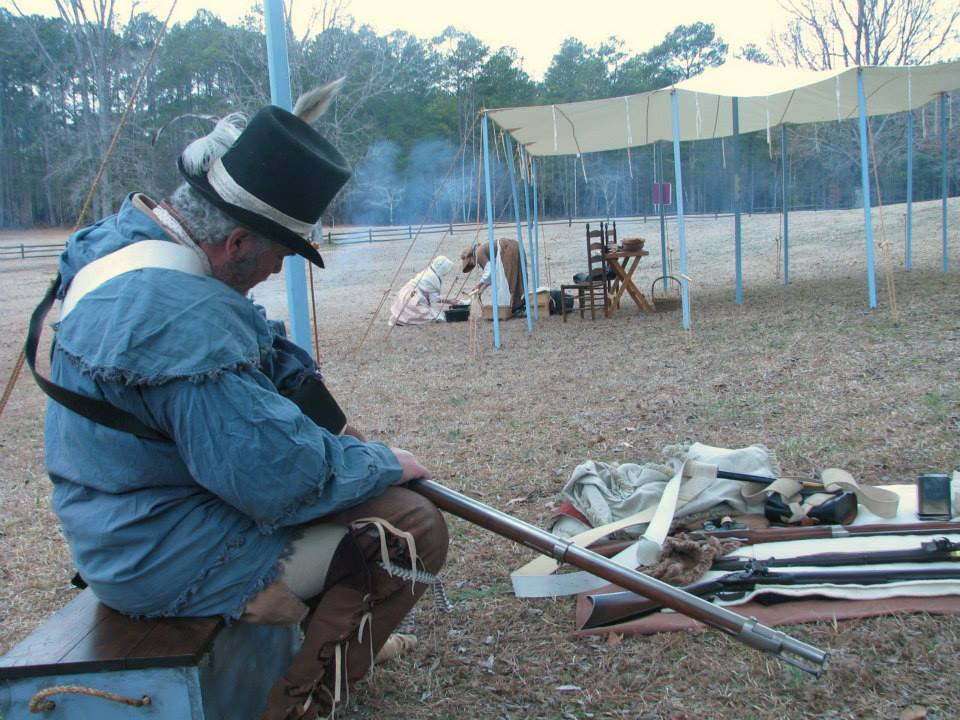 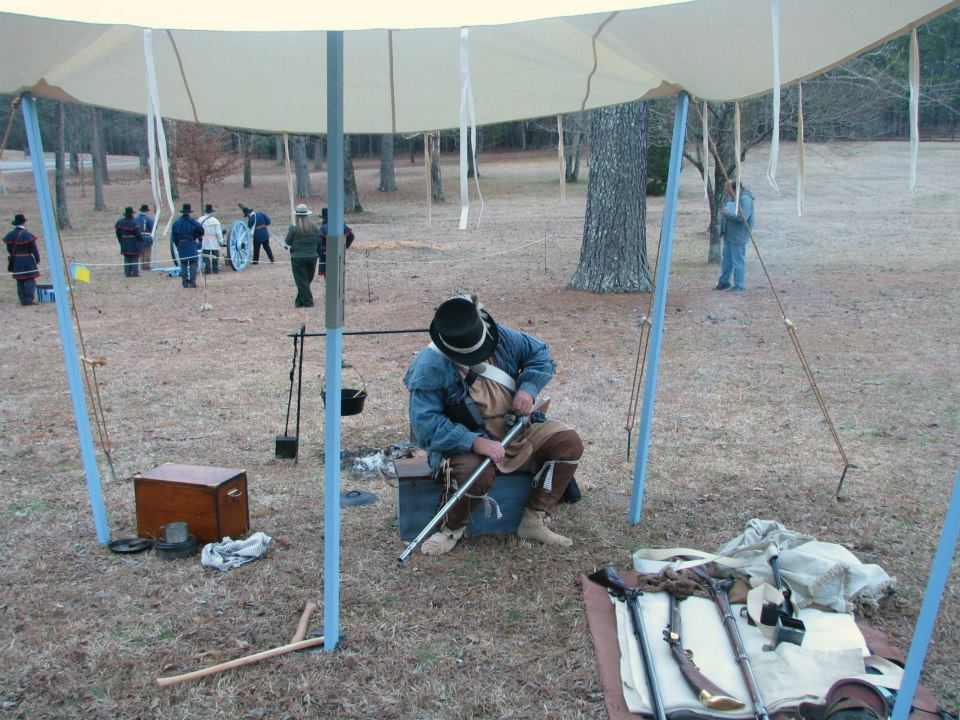 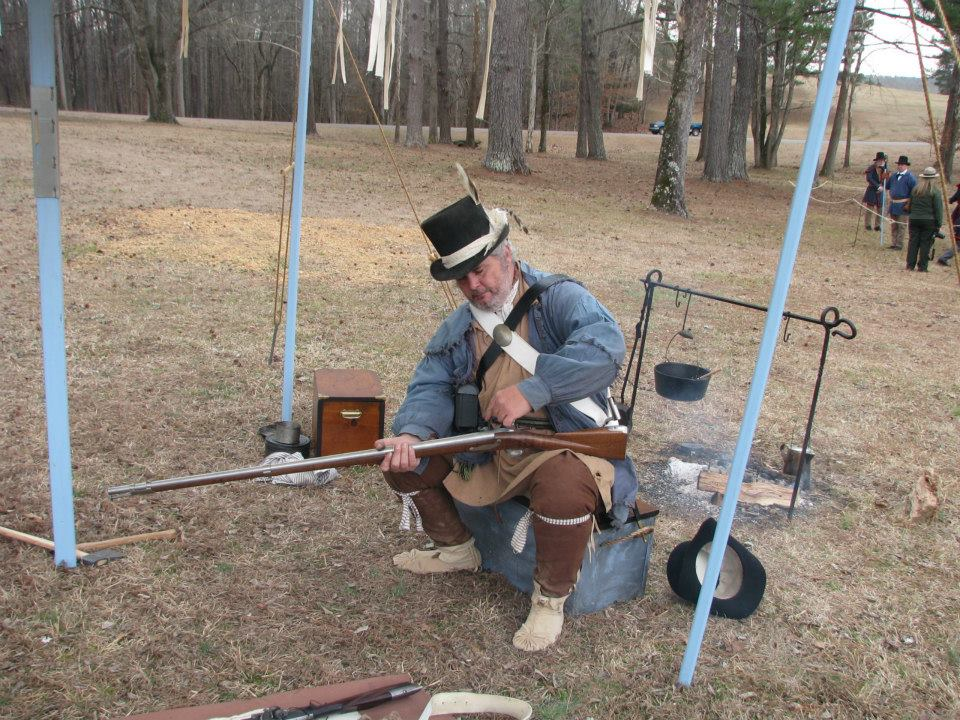 Here the leather leggings are together with the tied method. They did OK and they can pass pretty well as eastern leggings if you trim them in the eastern style. I did go back later and sew them together.
These were just a quick and dirty pair.
If I was going to make a pair out of buckskin, I would sew them together like wool leggings.

J
Flintlocks: How to Shoot Them
2 3

?
Breeches in the Fur Trade