I found some lead at a garage sale a couple of years ago. It was in 14 1/2 lb bricks that were cast to interlock with one another. I got 9 of them. They came out of a local hospital. Along with the lead I got 38 lbs of linotype and 4 1/2 lbs of Cerrosafe all for 50 bucks. People think I'm nuts for letting my wife drag me along to garage sales but, I know they're all wrong when I make a score!

This thread reminded me to stop by the scrap yard on my way home from work today to add to my pile. 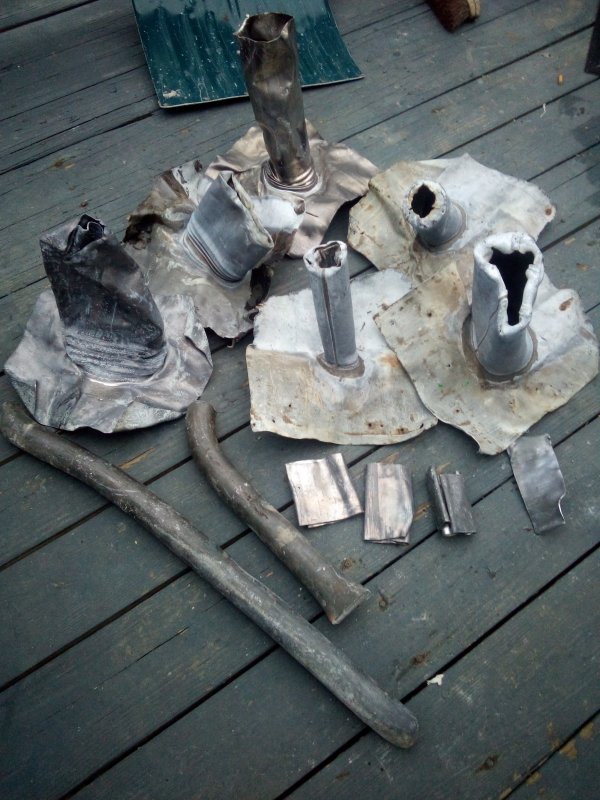 A good friend is into sail boats. He buys derelicts or well used boats and dismantles them. The keel on one recent boat was 1500lbs. Of solid lead.
He sold to a local scrap yard for $1 per pound. I have no clue as to the purity of the lead, but it was pretty huge. Any clues out there about the usefulness of bullet casting with keel lead??

Pure lead is pure lead. If you can run a thumbnail in it, you can shoot it. Matters not where it comes from.

Scota@4570 said:
You are lucky, here in California the scrap metal yards are not allowed to sell lead to the public.
Click to expand...

Well, according to California, just looking at this thread will give you cancer

I helped retire and dismantle two power plants in the 80's. They had 1/8" x 36" wide x 10' long rolls of pure lead (stamped on the roll at each end). They also had bars of babbit material and some Linotype. The had marine engines for generation and they used this material for making bearing material for these old engines that were put in this plant in the 1920's. I talked to a couple of the old guys still at the plant to find out what all of this material was used for. I also heard old mechanics talking about babbitt bearings in the old flat heads in vehicles and farm equipment.
I got four rolls of this stuff and they had about 200' of what they called control cable that was 1/2" diameter lead covered wire for running in control ditches.
I stripped all of that with a knife I made from an old hooked roofing knife I could lay against the cable and tap with hammer along the cable and open the lead sheath up. The cable had some type of paste in it that looked like flux you would soldier with. Had to clean all of that with mineral spirits. Gave me something to do at night for a month with working these plants and staying on site in my trailer.
I also picked up some 1/4" and 1/2" 36" square pieces of lead that came from an X-ray room at a doctors office. That stuff was heck to move around.
I cut all of this up with old skill saw and a fine tooth blade for paneling.
I've been shooting muzzleloaders since the 70's and will have enough lead from all of that to last me until I can't load anymore. I have given some of it to a friend that casts fishing weights cause he always takes me fishing. He made some round ball weights they use for trolling.
I have a good friend that I have told about all of this lead in my shed and he is suppose to take it and use it, give it away or whatever he wants to do with it when I'm gone. HAH He said "Thanks a lot" with a frown.
Mike
K

Maybe a base for a shower stall? I think they weighed about 75 lb they would form the lead drain pipe flanges to them and toilets as well.
P

Flintlock said:
Used a carpenter hand saw this afternoon and cut up a .25"X32"X32" sheet of lead and some lead pipe I bought at the local scrap yard (90 cents a pound but doubt if it will get any cheaper) came up with 71 pounds in pieces I can melt down into ingots. I have more to do but it's a start, cutting that big sheet stuff showed me how out of shape I'm getting. I'm figuring I have about 300 pounds set aside for now, better find some more.
Click to expand...

Try an axe, laying the lead on a hardwood board.
P

Justin.44 said:
This thread reminded me to stop by the scrap yard on my way home from work today to add to my pile. View attachment 66177
Click to expand...

Slot of times these pieces are soldiered together with tin/lead soldier don't add that to your pure lead. Cut it off and save it for smokeless bullets. Big tin shears work great for cutting this type of lead.
F

I get better than half my lead I shoot back. For backstops here on my range I stack rows of Pine cut into stove lengths usually 3-4 rows deep with a final row of horizontal logs behind that. When pieces start getting pretty well shot up we split them apart and pick out the lead then re-stack.
W

It's not a hazard to worry about, but if you don't know what the lead was used for, it might be interesting to get a Geiger counter (they're pretty inexpensive these days). Lead shielding for x-rays is not a problem, but if it's from someplace that put out neutrons (like a reactor), any impurities in or on the lead could be radioactive. Not a biggie unless it gets inside you.

I used to work around the Bevatron (gone now - Google it) and lead bricks were plentiful. One guy I knew was taking them home to melt down into sinkers for his deep-sea fishing. Our senior physicist, when this guy was present, casually mentioned that melting the bricks released the radiation they'd stopped. Not true, but lead bricks stopped disappearing.

Guideline - don't breathe dust or fumes (when melting) from lead, period. Lead oxide, the white stuff on the surface, is especially unhealthy.

Nothing to get worked up about (unless you're a politician), but safety first is a good rule. And Geiger counters are kinda fun. Got any of that orange-glazed pottery from the 30s thru the 70s? Check it out; the orange color came from uranium.

I picked up a dive belt on Craig's list that had several lead weights attached. Short money.

When I worked at the telco, I would bring home scrap lead from the telco cables. I have somewhere around 100 pounds of ingots still left. I have been using the ingots during the winter to cast new roundball and minies.
I just repurposed some ingots to use as weights for exercise. Time to get the less used muscles back into shape.

Professor flintlock said:
Slot of times these pieces are soldiered together with tin/lead soldier don't add that to your pure lead. Cut it off and save it for smokeless bullets. Big tin shears work great for cutting this type of lead.
Click to expand...

Yep that's what I use. And thanks for the tip about the tin solder on those roofing boots, I'm cutting that part away. 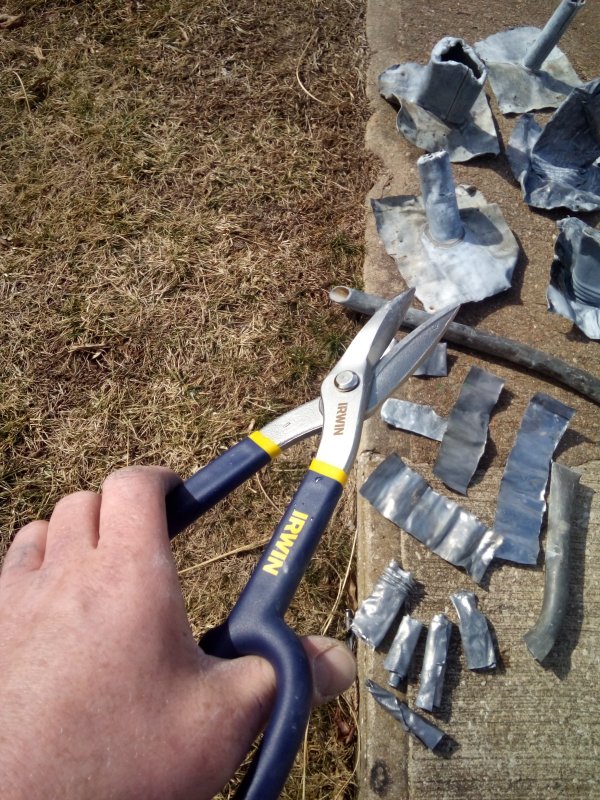 Justin.44 said:
Yep that's what I use. And thanks for the tip about the tin solder on those roofing boots, I'm cutting that part away. View attachment 66288
Click to expand...

You can use a propane torch to melt the solder. Just hold the lead with some pliers and turn the flame to the joint. It wont take long to separate the joined pieces. The tin snips will work with the thinner pieces of lead but it makes for tough work on thicker pieces of lead, unless you have Popeye forearms

There are allot of real old houses in my neighborhood. I need to start stopping to ask about some lead.
F

mooman76 said:
There are allot of real old houses in my neighborhood. I need to start stopping to ask about some lead.
Click to expand...

I'm afraid it's going to be harder and much more expensive to find so get the lead out and start looking. lol
B

About 3 years ago a buddy called said he was wrapping a tv show and special effects had left several rolled up pieces of 1/4 inch sheet lead, come quick if you want it! I set a land speed record getting there. 237 lbs. I have about 50 left. Yes, I shoot a LOT
B

oldwood said:
Obsolete 1950's era telephone microwave relay huts had wonderful 1/8" thick sheets of shielding lead in them. Friend of mine harvested a bunch of it. These relay systems were coast to coast across high ground. Perhaps someone can figure where some of it went.
Click to expand...

My club had 3 members who worked Telcos...
That’s where some of it went!!
P