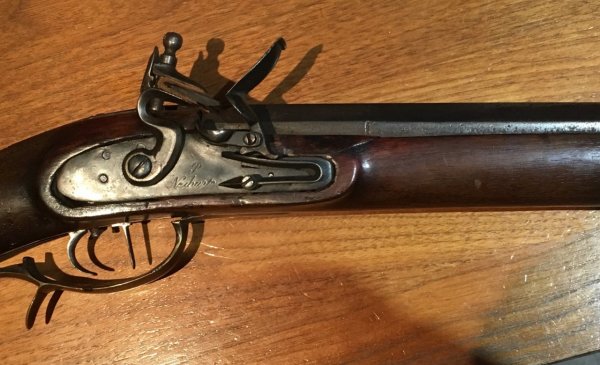 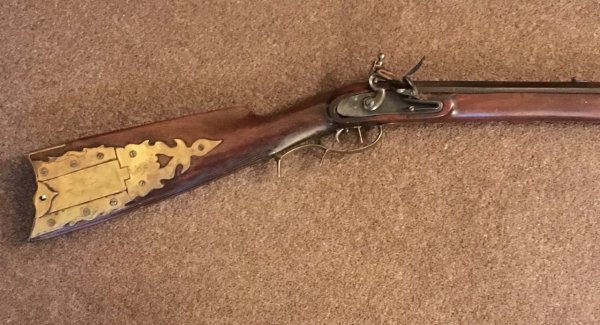 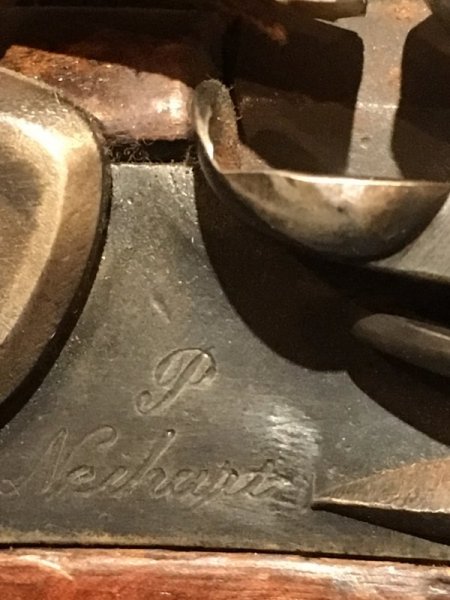 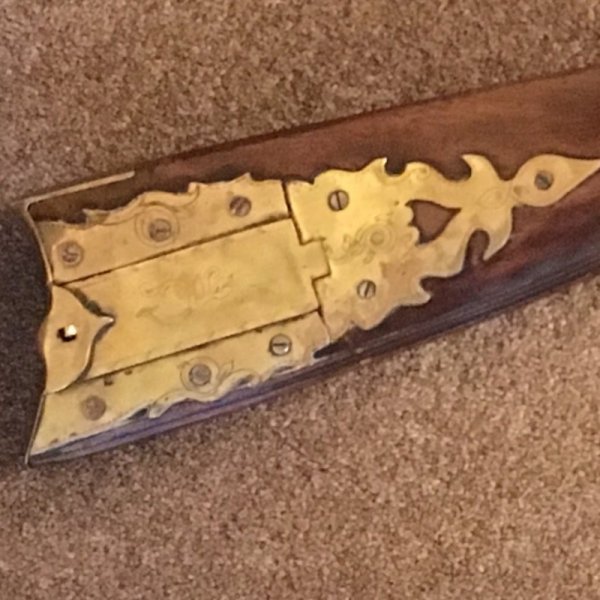 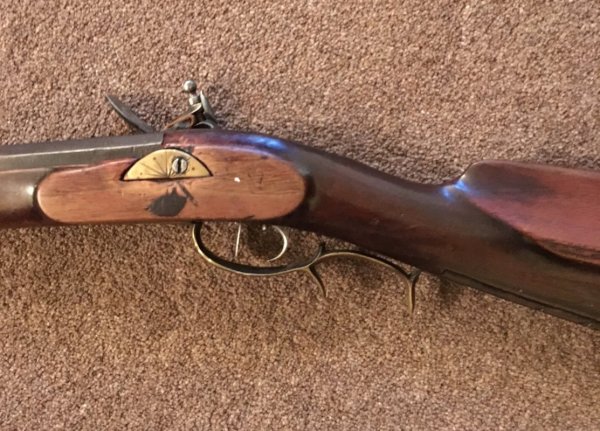 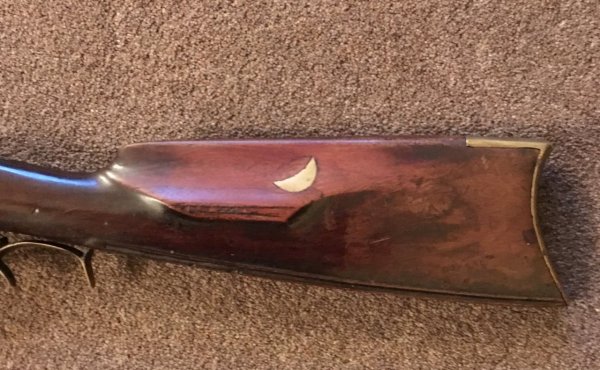 Hi thanks for letting me join this community. I’m over in England and have inherited a rifle. Can anyone help me with it’s identification and share their knowledge with me. I’ve attached some pictures. Thanks in advance Peter
D

That is an interesting looking rifle. Other than having inherited it, do you have any other information regarding the rifle ?

This is what I see.
Percussion to flint conversion.
Lock change
added patch box
rough stock work
All together, my personal opinion is that this is a more contemporary build with old parts.
There is a chance that this may be an old original percussion rifle that has had some "work done".

Is the name on the lock P Neihart? That is how I would read it.
P

Thanks everyone, yes the lock reads p Neihart, I’ve no idea of its past only that my father who had a fair size collection of assorted guns, swords etc purchased it some years ago. I do agree the lock is not original to the gun as the wood to metal fit is poor.

I don't know about your baseball playing but I agree. The architecture of the stock is completely different when compared with a Peter Neihart Rifle.

Also, the trigger guard shape is different.
The rail at the rear has a much deeper, more curved shape than those on the signed Neihart rifle. That deeply curved shape was not popular until much later.


Here's a picture of a signed Neihart rifle 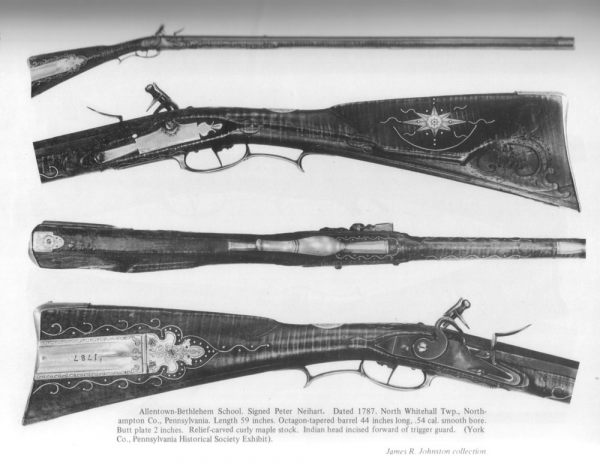 And, a picture of a unsigned rifle that is attributed to Peter Neihart 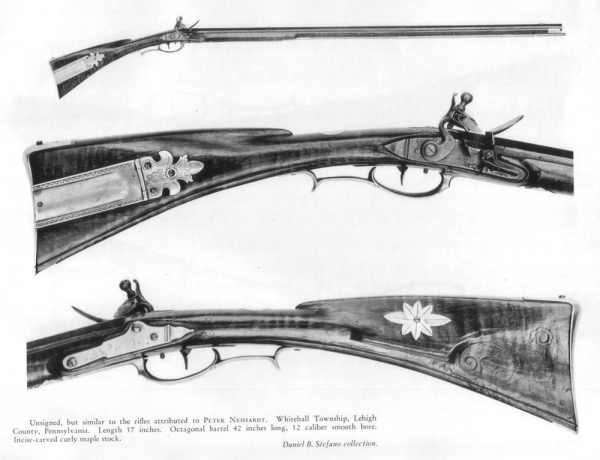 I have several other photos of rifles that are attributed to Neihart and all of them have the same basic shape stock and trigger guard.

I also notice that all of these guns have lockplates which have a pointed rear rather than the rounded shape on Peter Hyne's gun.

I suppose it is possible that a Neihart lock was reused on his gun but I don't think the rounded shape of the rear of the lockplate would have been something the Neihart of the 1780's would have used.

Of course many people can have the same or similar names and I don't doubt that the lock on the gun being discussed could be contemporary with the times.

@OP - Is it your intention to shoot your old rifle?

I would point out that among the five civilized tribes we know there were gun smiths that were restocking guns. Random old parts mixed in to a new gun might not mean it’s a new build. Is it 1850s or before? Or 1950s?
A photo of a Gettysburg civilian who fought and was wounded on the first day showed him with his war of 1812 US musket, greatly modified. This could be an antique ‘original’ rifle with out being an first time build.

Zonie,
I was not meaning to sound obtuse....I was trying to be more "tongue in cheek". If I could go back and edit out the sharpness of that response ...I would.

The engraving on that lock plate is not right. It looks (trophy shop) modern. The pan and the cock are a mess, typical of the '1960s-80's Dixie Gunworks type parts used to convert old locks (usually percussion... that were always percussion "back" to flint.

The rifle is very interesting. IMHO it's a mid-late 19th Century lower to middling quality piece or a more recent restock of a mid 1800s percussion rifle. Let's just say ...it's been enhanced.

No need to explain your comment.
I was the one who brought up the information about Peter Neihart and your "tongue in cheek" comment brought up a very good point.