This month we are celebrating the 4th of July with a good old fashioned picnic, there is only one problem, flies! As fate would have it, all we have to keep the flies away from the food is our trusty smokepoles!

This is a Five shot target. Fire 1 shot at each fly.

Scoring will be as follows:
Shots landing inside a circle = 5pts
Get lucky and hit the fly = 10pts
Accidentally hit a sandwich = -5pts

The shooting distance for this contest is 25 yards.
No do-over’s. Print and shoot one target only. One rifle and one pistol is acceptable.
Only registered forum members may participate.

If you would like please take a picture of your target and post it on the forum under this months (July) shoot to share with other members. However, to be officially scored and posted in the final results you must still mail in your target unless you are overseas as noted below.

Single patched round ball only. No restrictions on caliber. (a patchless ball may be used if so desired)

Only original targets will be accepted. No copies, faxes, scan, etc. unless you're an overseas participant...
Overseas participants may scan and e-mail me. Just send me a PM through the forum and attach it or I'll give you my e-mail address. As long as I can CLEARLY make the target out I'll accept it.** (I recommend using a dark backing paper when you scan / copy it if possible so that the holes show clearly)

Fire 5 shots only, misses count! Mutilated targets or targets with more than 5 holes will be disqualified. If you have any questions, suggestions or concerns please don't hesitate to contact me.

Mail your target, postmarked no later than July 31st to:

Thanks for shooting, now lets get out there and swat those flies!

Well folks my 50 cal fly swatter didn't do so well. But I took second at the monthly club shoot.

My Pedersoli Pennsylvania proved itself a worthy flyswatter this afternoon. 2 dead flies and many a near miss. Looks like the big one lives on though, Drat! I really wanted that bugger!

Flies were much harder than the annual novelty shoot, which I won… thank you for your deafening applause…
Can I assume that staples don’t count? I got 2 of those!

I just got back from the range after shooting this month's target: no flies, but I didn't go hungry! I don't know whether I should get my head examined or what, but I chose to shoot with with a 20ga. NW trade gun. In spite of the heat and humidity, it fired reliably once I substituted FFg for FFFFg in the pan and fired immediately after priming. As I was using a "bare ball" load, I had to brush and damp swab the bore frequently.

Particulars: 70gr. GOEX FFg with a thin card stock over shot "wad" atop the powder. That was followed by a .618", i.e., bore diameter RB cast from pure Pb. That was followed by another thin OS wad and rammed home. Btw, the gun has a 36" bbl. and was made by Green River Forge and has no rear sight. Usually I'd use a smaller RB with a patch, but I thought I'd give the bare ball + thin patches another try, but as you can see from my target, it wasn't my brightest idea! It was fun though!

I am nowhere near a printer until last week of July so may or may not get one show, but will do August for sure.

Printed target today and hope to shoot it on Sunday.

Mine will go in the mail today! Thank you!!
~Shooey!

Will try rifle next week if possible. 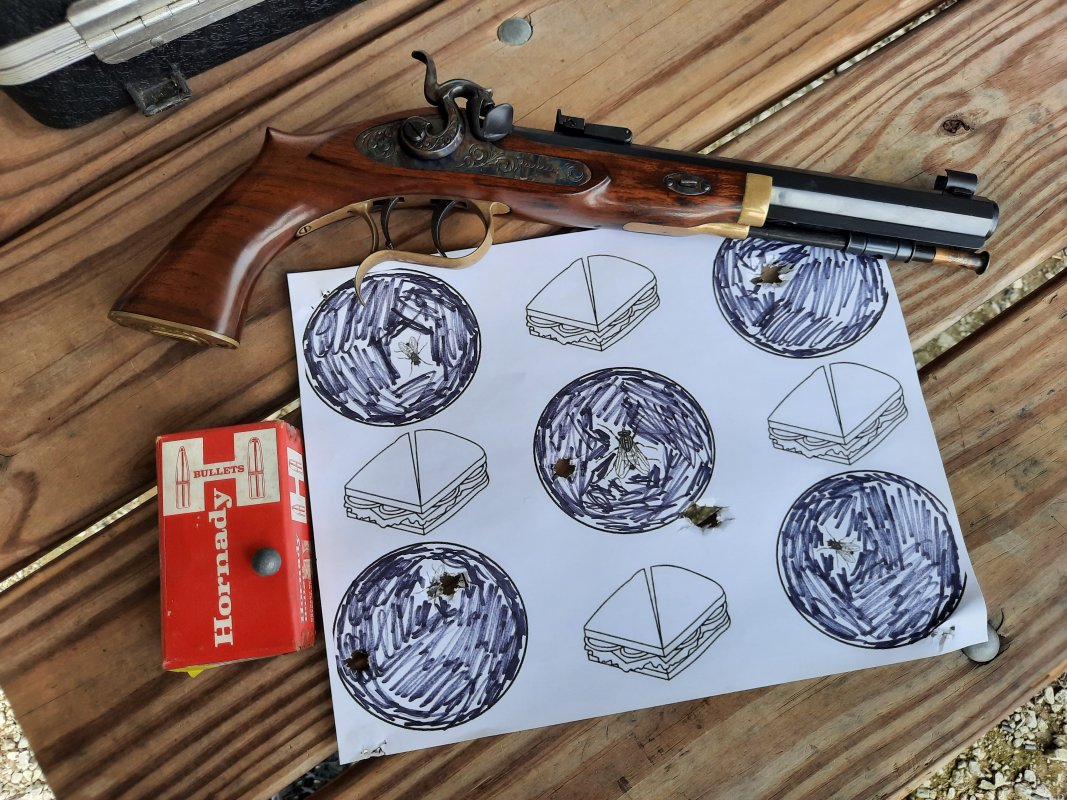 Got out to the range today with my Hawken .45 percussion rifle. I installed a set of peep sights I had laying around. My first couple of shots hit the rings, but then the rear aperture got too dark too see. Might have been cloud cover or who knows what but I couldn't hit the side of a barn after that. So my pistol target will have to do for this month. I will send it in.

I will try to get it shot one evening next week and drop it in the mail.

Still raining and the range is a swamp. Hope to get it shot before the end of the month.
B

My pistol target is better than my rifle?
They’re both in the mail…
Better luck next month!! 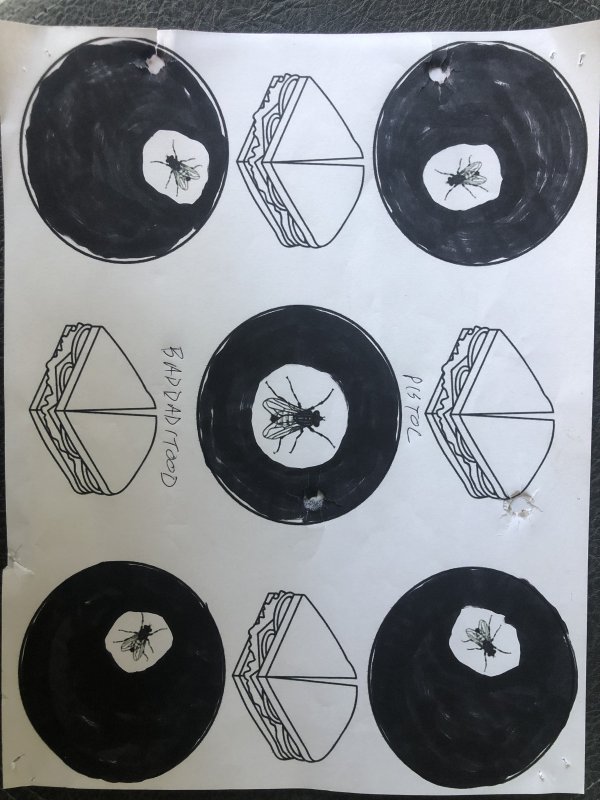 Don't wait on me guys, didn't get one shot. August for sure.

will try to shoot mine tomorrow before the mail.

missed it today. next month!

Counting myself we had 6 participants in the July match. It looks like weather may have been a limiting factor for some but without further ado here are the results. Note that in the Rifle Class we had a 3 way tie for 3rd.

Great shooting everyone, thanks for participating. I am really enjoying hosting these monthly matches!