John Work Journal- how crazy is this

I located another reprint of one of John Work's journals and purchased it. And check this out, printed in 1945 and never opened or read! How crazy is this!? Almost 80 years old, passed between bookstores I presume, and yet never opened or read. If I want to open and read it I'll have to take a knife to all the grouped pages. The photo shows just one, the entire book is grouped in pages like this. Maybe I can find a pdf and leave this book intact. Never seen anything like this. 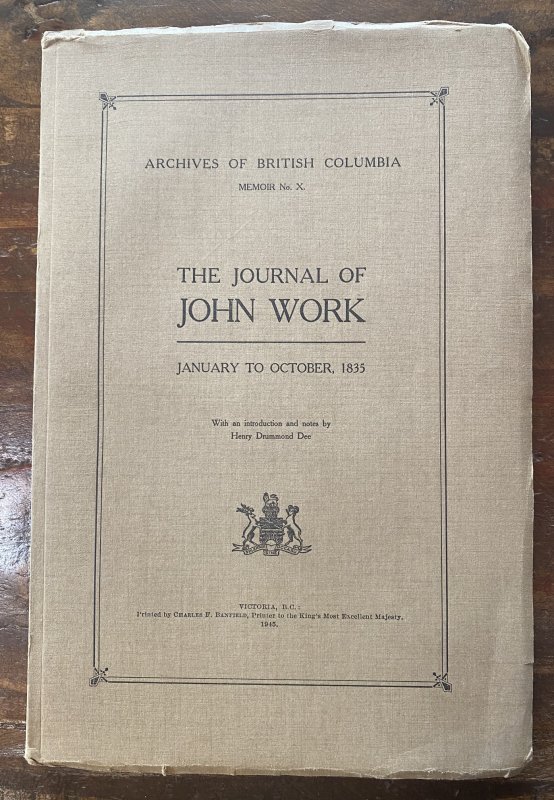 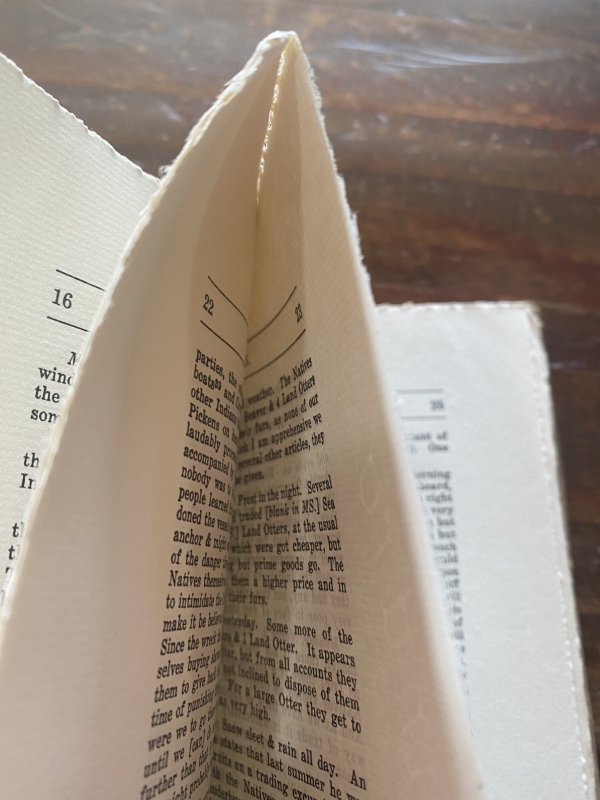 I bought a copy of George Yount and His Chronicles of the West (1966) from either Amazon Marketplace or Abebooks several years ago, and was likewise startled to find the pages were uncut. I thought it through and decided to cut them, as I wanted to read the book, it was unreadable as it was and "collector" value did not seem that great at the time. I used a razor-sharp knife. I did discover (fortunately, just in time) that this book had a fold-out map which would have been damaged if I had cut it like the pages of text, so if you get an uncut book and decide to open up the pages, you'll want to examine every one before you slice it.

Nice find! I had heard of John Work but did not really know anything about him or his journal. A quick search revealed his book has been digitized and is available in its entirety online, courtesy of Google Books: The Journal of John Work

So, if you are inclined, you can leave your collectible paper copy intact, and read the book online. It looks like exactly the sort of thing I most enjoy reading, so thank you for opening this thread, which enabled me to discover this interesting journal!

Notchy Bob said:
...I did discover (fortunately, just in time) that this book had a fold-out map which would have been damaged if I had cut it like the pages of text, so if you get an uncut book and decide to open up the pages, you'll want to examine every one before you slice it....
Click to expand...

@Notchy Bob the journal you found on Google Books is the one I am reading now in print. It's not as interesting as I thought this one was Books about the Fur Trade but still absolutely worth the read. Apparently John Work wrote fifteen journals, which were all the property of Hudson's Bay Company. When he left their employ he requested copies of at least a few of them and those made it to print. Then later a few more were released by the Canadian government and those went to print. But the Canadian government has not allowed the release of the others, at least not yet.

For anyone interested in the fur trade I strongly recommend reading at least one of these, and @Notchy Bob and I have both found different journals digital and free. They are not riveting by any means but they are a day by day high level account of what the brigades did, encountered, successful, not successful, when, how and the outcome of meeting various Indian tribes, what they ate and didn't eat, other trapper parties they encountered, etc. Day by day.

Even though this is Hudson's Bay Company, they are trapping the same waters the different American companies are trapping. And from time to time HBC trappers desert to one of the American companies and then return, and vice versa. So I feel safe in saying that what John Works writes about is the same that the American brigade leaders would have written had they been required to. I think the only differences would have related around HBC having brought a lot of Iroquois with them as trappers, and some Voyageurs as trappers, and the problems HBC had to navigate with these that the American brigades did not have to worry about.

Any way, back to reading. Just about done with this journal and I got three more after. Really enjoying this.
Last edited: Apr 9, 2022

Just starting my third John Work journal. Cool thing is in the appendix of this book is a list of all of John Work's writings that are in the British Columbia archives which might help us locate some additional journals and other documents. This book was also printed in 1945 and in pencil it says "1 of 150". Don't know if that means only 150 of these were printed (seems unlikely) or if it's one of a lot of books sent to some vendor. Either way I'm excited to have it and looking forward to reading it. 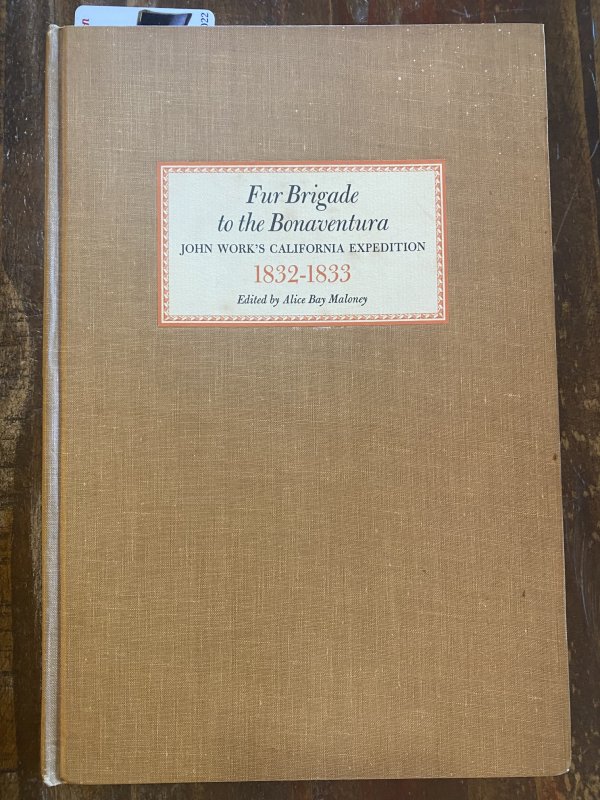 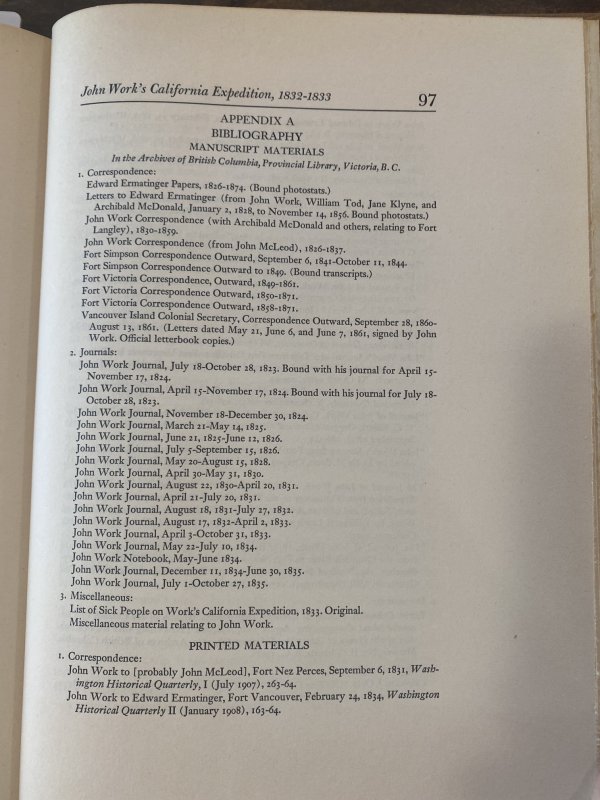 Best leave it be and get it appraised.

Just finished Fur Brigade to Bonaventura and John Work out did himself with this one. It is rich with detail from beginning to end.

It has been so long since I read any of John Work's journals that I have forgotten most of the content, but recall being impressed. Having lived most of my life in Oregon, the Beaver State, so much of this was made real by knowing the terrain he covered.
Another interesting work is Jeff LaLande's "First over the Siskiyous, Peter Skene Ogden's 1826-1827 Journey Through the Oregon-California Borderlands." I knew Jeff, who wrote this while working as the staff archeologist for the Rogue River National Forest, headquartered in Medford. For those unfamiliar with the word, Siskiyou is pronounced SIS-kyoo.
Ogden was an incredible explorer of the "Northwest Territory" and his journals make wonderful reading as well.

Thanks @BillinOregon I'll get that book ordered. And thanks for the Ogden links.

That is really cool coming upon these old books and adding them to one's collection.

You have a real nice copy.

Aug 8, 2022
rich pierce
R
B
This is from the Colorado State Muzzle Loading Association Journal

B
Where to start working up a load?

Massive Myths of a Previous Thread
6 7 8