Started our as a rifle but then made into a smooth bore. So I am guessing that was done for a faster firing rate? (When hunting or fighting?)

Or because the rifling was trashed and a previous owner, not necessarily native, could not afford a rebore and rerifle or thought a smoothbore was a more versatile option.

I'm guessing that would be the second gun from the top in the group photo, maybe? 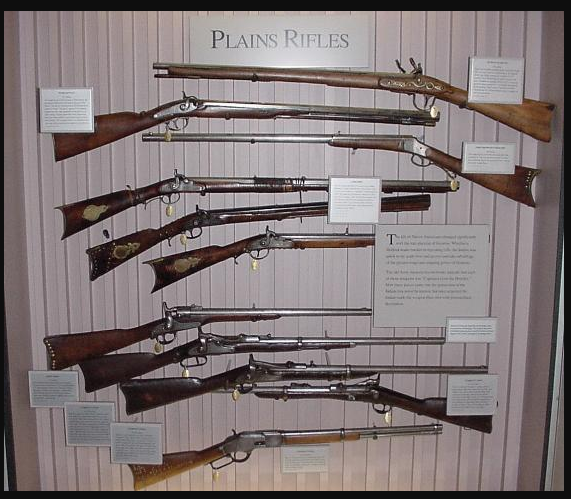 The text in the link indicates this was evidently a "parts gun," with a US military trigger assembly and guard, a buttplate originally from a gun that had a sliding wooden patchbox, and that barrel with the inscription in German. I quickly leafed through Chris Hirsch's book, The Texas Gun Trade 1780-1899, and didn't find anything about The Society for the Protection of German Immigrants in Texas. It would be hard to say at what point in that barrel's life it was reamed smooth. There were gunsmiths in Texas, hired by the government of the Republic, to make and service guns for the friendly native tribesmen. Noah Smithwick, a gunsmith and early Texas pioneer, had this to say about some of the firearms he repaired for the other settlers:

We wish there were a better image of the gun which was described in the Springfield Armory link!

I know of another German rifle with possible Native provenance. It was found in a cave/cliff shelter on the Pedernales river in the vicinity of the Teavis/Blanco county line (not far from where that 2004 Alamo movie was made). It was found before WWII along with another rifle described and a longrifle. The man who found them was killed in Northern Italy during the war.

Ok, Part II, to the above story.

Or how we learned another rifle was found with the above rifle.

This makes an interesting story, so I will tell it. All this occurred in about 1969. I was basically raised on the ranch where above rifle resides. The ran h belonged to my childhood copeñero who we lost in July of 2019. He was a lurker and a rare poster here.

Back then I had a metal detector. We were always looking for treasures. One day I found this; 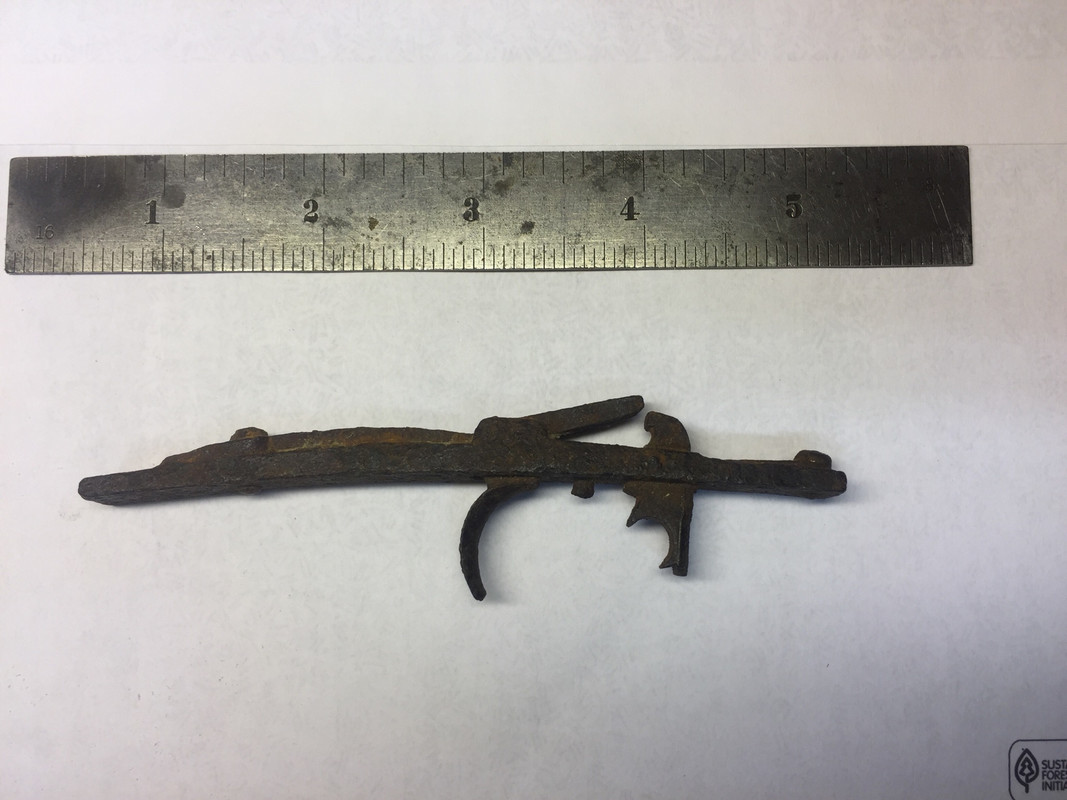 It was out behind the location of the original ranch house that was done away with before the war. Anyway we showed this to my buds mother who was raised there and her comment was, "oh yeah, that was from the other gun that xxxx had found when they were kids!" She went on to say he found it at the same time as the German rifle pictured above. But, it became their "toy" and it got scattered to the four winds fighting imaginary Indians! LOL! She suspected thats where the trigger came from. She described it as very much longer than the above rifle. Someday I should go back and look for more pieces. I still go there once or twice a month to help with cows and such.