How many grains in a pound?

PathfinderNC said:
Never mind- it is 7000 grains
Click to expand... 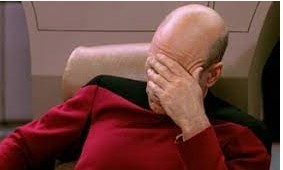 Synopsis as I understand it* :
Figure there are 7000 grains in the pound of powder that you have bought. Divide 7000 by the grains of powder that you are using for your main charge, and you get an estimate of how many shots you will get from that pound of powder. Understand that the number of actual shots will vary due to a host of variables. For most of us, the variables do not make sufficient significance to be worried about the results. Just use the same size powder and the same amount of powder shot per shot, and the black powder shooter should get acceptable results.


Old Hawkeye said:
Once again we have conflicting information about weight & volume measuring. A Grain is a Grain & a Pound is a Pound & they are both defined in absolute terms. Trying to equate volume measure to definitive weight measures is absurd & will always invite confusion. There are 7000 grains (and grains are definitively defined) to a pound (which is also definitively defined).
Click to expand...

Correct, but because we have agreed upon a standard unit of measurement.

But they are not absolute terms. They are arbitrary and agreed upon.

Today we have standardized a lot of units of measure, units that go back to Elizabethan times if not farther, but as time progressed, folks settled on arbitrary amounts, gave them names, and we use these as a "standard" of measure today. World wide trade, and cooperation in engineering, has fostered this now World Wide agreement on a host of standards. BUT sometimes we run across odd units of measurement used in some places but not others, and this would be a discussion for a different thread...

For example, if we had adopted what is known as the "troy ounce" as our "ounce" today (the troy is still used in precious metals) then our pound of 16 ounces would contain 7630 grains, because what we call the troy ounce is 9% heavier than the "ounce" that we use today....

Old Hawkeye said:
If you want to equate volume measure with actually weighing powder & try to somehow make them equivalent, ..., The post by APG shows that a POUND by weight of a particular powder MEASURES OUT BY VOLUME to be different than 7000 grains, but that pound of powder still weighs 7000 grains on a scale. It just so happens that FFFg measures & weighs out the same because of powder granule size & the volumetric space it takes up when filling a void.
Click to expand...

The problem... on paper..., is that the volumetric measure Might be accurate for weight, or it might not. The problem is not created simply going from weight to volume. I can't find my notes, but on another forum a shooter measured out several different brands of adjustable measures, and none were "accurate" and they didn't even come close to each other.....

X brand powder is measured out, and when 16 ounces is reached, it is packaged and sold. Along comes the shooter, who measures out the powder by weight of grains (the "grain" is a weight unit of measure that was first dry, but was standardized with a volume of water, a liquid, and then calibrated and finally standardized...). When the shooter reaches 100 grains of powder by weight, he stops. He then fashions a container that when a level measure of powder is made with that container, it weighs 100 grains..., or so close he doesn't care. He now has a 100 grain measure by volume that is equal in weight to 100 grains as well. Life is Good...

Our shooter after some time and some successful shooting buys another pound of powder...but that powder is Y brand.

Y brand is made with a slightly different set of ingredients and mix ratio, so it's denser than X brand. The shooter as Old Hawkeye points out, still gets his 16 ounces, but it takes up less volume. So when our shooter uses his powder measure that was made to measure X brand and thus is calibrated to X brand powder..., that measure then gives him more powder by weight when he uses it for Y powder.

Is it enough of a difference to matter?

Complicate that further..., The X brand powder was 2Fg, but the Y brand powder was 3Fg...so our shooter gets even more powder by weight in his measure, because Y brand is denser, and there is less unused space when he uses the Y brand 3Fg powder in his volume measure. NOW YES, our shooter notices that his bullets hit significantly higher on the target and he is feeling more recoil, because he is actually using enough extra powder that it makes a difference for what our shooter is doing.

So IF one is are curious, or IF one is shooting long range targets where the variation of the true weight of the powder, the ability of the shooter to be consistent with measuring, the burn rate of the powder, all result in the shooter hitting the target where the shooter needs to hit that target..., then you will want to check your particular powder load and ensure that you get it right every time, AND pay attention to the brand, the granule size, and the lot number of that powder's batch....

At the distances that I shoot..., variations in Muzzle Velocity (which is where this powder stuff leads) don't make enough of a difference, to me.

Doesn't seem to make any difference to the deer, or small game, or birds... the paper target and the gongs have no opinion.

I made a series of measurements about 20 years ago. I had a variety of powder measures and some time on my hands. I did use one fixed measure that was marked 70 grains that consistently threw 68 grains of 3fg. I also did a measurement sample of 2fg GOEX and some Elephant.

Four pages to get a simple answer. Huh, this must be about post count.

I have been gathering some of the observed densities of black powder over time and these are what I have saved. I do expect these densities to be exact for the powders of today.

FishDFly said:
Four pages to get a simple answer. Huh, this must be about post count.
Click to expand...

DarkOpr8r said:
But how many patches in a pillow case?

The "Little Rascals" were great!

I think they went to metallic cartridges so we wouldn't be doing this.

So when we buy one pound can of 3f powder, the measurement of 7000 grains is by weight rather than volume, except perchance both but only by happenstance?

PathfinderNC said:
So when we buy one pound can of 3f powder, the measurement of 7000 grains is by weight rather than volume, except perchance both but only by happenstance?
Click to expand...

Archaic units of measure are very much alive and well in the medical profession. Most meds are rated in milligrams. Larger doses are rated in Grains. One grain is slightly less than 65 milligrams (64.79891 to be exact). Aspirin often comes as 5gr. (325 milligram) Most of these archaic measurements are used for very small measurementss because they are an accurate expression of small weights where getting the correct measurement for a small amount of an item is imperative, such as drugs.

I once loved muzzle loaders because they were old tech and my math weakness didn't matter much but after this thread and @Grenadier1758 tables full of data I am confused. I should have learned something but somehow I feel my brain has lost some cells.

ML is a very simple sport, no need to make it complicated as some wish to do.

PathfinderNC said:
So when we buy one pound can of 3f powder, the measurement of 7000 grains is by weight rather than volume, except perchance both but only by happenstance?
Click to expand...

No, it will always be 7000 gr to a lb
Grains is a weight measurement, not a volume measurement.

See my previous post. You have to shoot a gun in to figure your load. Mark your chosen measure for that gun with whatever grain measure of the chosen powder with the weight, or just tie it onto the bag you carry only 2ith that gun. I've seen some folks be smart and tie the measure to the trigger guard itself instead . For me, it gets in the way, plus I'm not a strict range shooter so prefer things tucked away so they dont snag.

Thanks!
Give the man a cigar- the quest is done