How far must you travel to hunt?

To Dang Far for me. Leaving in the morning for a muzzleloader Elk hunt. 2 1/2 hour drive to camp. Deer about 45 minutes.
B

Lots of folks don't know about small tracts available owned by the federal government. Missouri's Mark Twain National Forest, for example, isn't just large tracts of second-growth brush in a few southern counties. Instead, there are hundreds of small parcels (some as small as 40 acres) scattered through most of the state, open for hunting, fishing, etc. Bought up mostly in the 1930's - 40's to bail out banks, you'll find them all over. Very seldom are these tracts developed and some are not marked. Some are land-locked. My favorite hickory grove for squirrels only had a few small metal signs, no parking lot, nor roadside fences. Callaway County.

Don't know about other states, but actual paper maps are available of the
Mark Twain National Forest (big, old-timey, nice ones) that enable hunters to find hunting areas that only locals know about. Found these about 50 years ago as a college student hunting squirrels with a Belgian SXS percussion shotgun.

You guys can Google stuff, find these places, enjoy them. After all, they belong to all of us.
J

Walkingeagle said:
Hi all, question not for the farmer folks within our group but more so for the city bound. How far must you travel to find public land, or even legally accessible private land, to be able to hunt?
For myself, now that I’m in a city for health reasons, is roughly 1.75 hours, and this would be public land.
Walk
Click to expand...

1800 miles for me. Needless to say hunting for me is rare. There are closer spots but not without constant uninvited human interference.
K

Kansas publishes a booklet with maps of all the walk in public hunting areas across the state. It also includes state hunting areas. It is free at most LGS, Walmart, etc stores that sell guns or licenses etc. If you know how to read a map and don’t have to depend on a gps it shows the secondary and local county roads.
N

Depends on what I'm hunting. Most places are about an hour, +/-. But my main public land options for big game are all 2+ hours. That is to say nothing of the hikes from there.

One of my favorite annual hunts (with a muzzleloader) requires a 2.5 hour drive, a 4-mile uphill bike ride (lowest gear most of the way) just to get to the trailhead. From there, it's still a few miles of hiking steep terrain before getting to camp. It's an all-day affair just getting in/out with all my gear for the week. There are closer options. But the hunting and solitude are worth it.

4 to five feet depending on backdoor, front door, cellar door. But I am in the boonies in NH

I live in the metro of Denver Colorado, so for the most part 1- 1 1/2hrs for close to home and 2 1/2-9hrs for 10day hunting trips. Hope to soon be able to walk out my door to start hunting, looking into some property.

Five minute drive, 30 minutes hike in the cliffs and here is what you find.

Out my back door! 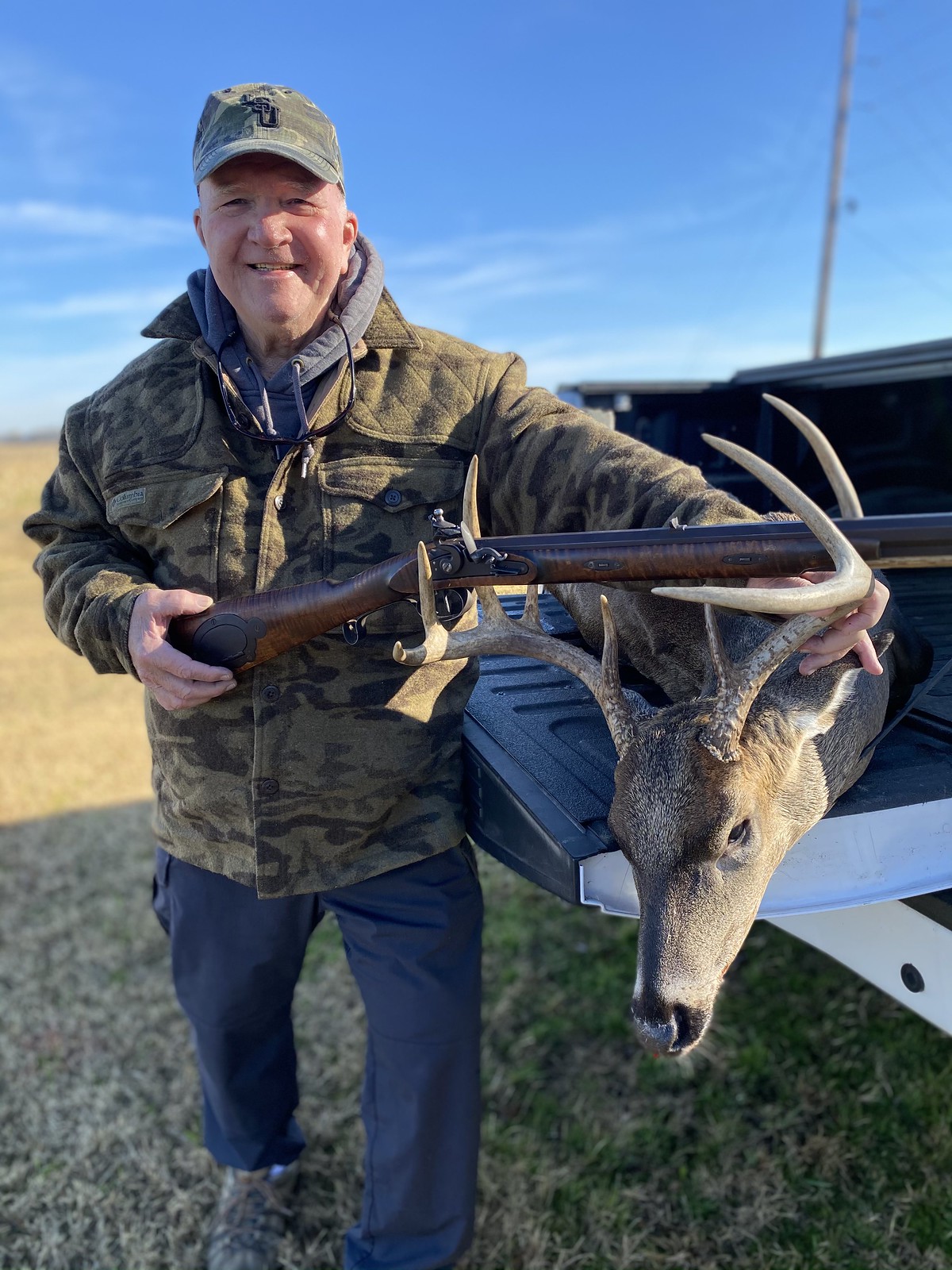 Hunting in the wilderness, he says tongue in cheek
2

L
What would it take for the NMLRA to become a true "national" organization?
2 3 4