hanging over the fireplace

Mark Herman said:
Run a couple of stained pegs into the stone/ brick and go for it. By the way, hanging your horn off one of the pegs is PERFECTLY SAFE. A friend had a serious house fire and had several horns full of powder hanging with his rifles. When we went in to clean up the horns were found and of course the powder was gone. The horns had melted where the fire hit them and the powder burned, black powder uncontained, as in a rifle, DOES NOT EXPLODE.
Click to expand...

Isn't powder "contained" when it is in a barrel with a breech plug on one end & a ball on the other???

This hanger was a set of old Mexican spurs and was not originally made for this rifle. It was made for an old shotgun that I wanted to hang high to 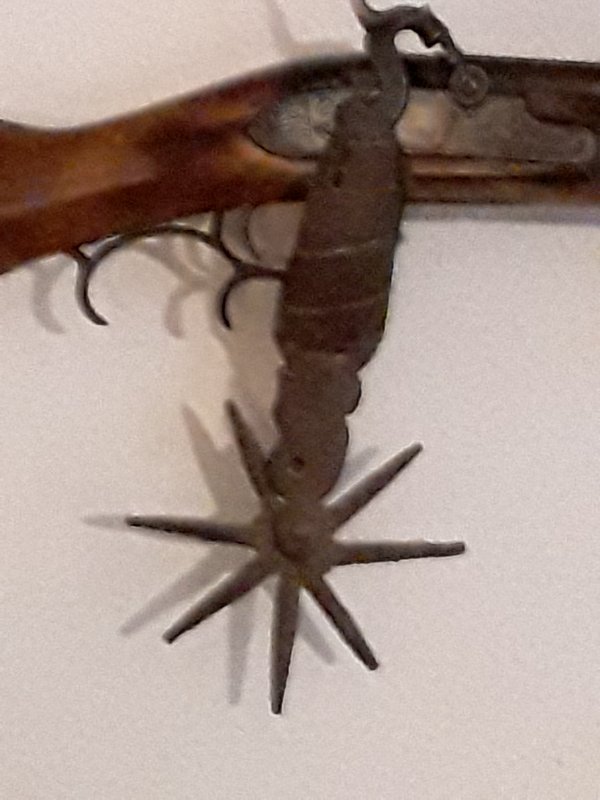 keep young hands off of it but not their eyes. I need to rework it so the weight of the rifle doesn't rest on the trigger guard. I like the idea of the spoons, this "spur idea" just doesn't fit this gun.

Old Hawkeye said:
Isn't powder "contained" when it is in a barrel with a breech plug on one end & a ball on the other???
Click to expand...

Not really.
Powder in a modern cartridge is totally contained because the bullet and primer are pressed into the case.
With a muzzleloader, the hole in the nipple on a percussion gun or the vent hole on the flintlocks is almost always open to the air outside the bore unless some special things are done to seal it.

Although it isn't a lot, there is always some air either coming out of the bore or going into it thru these holes due to changes in the atmospheric pressure.
That fresh air going into the barrel carries some humidity with it and this moisture will be absorbed by the powder.
Although there isn't much air going in or out of the bore, over time the moisture in the powder will accumulate.

I am aware of this moisture + impurities in some badly made powder caused a hole to corrode through the breech of someone's hunting rifle stored loaded. Ask Mad Monk.

I am also aware that old, loaded muskets can & sometimes do still fire. I unloaded a Civil War surplus Potsdam musket in 1955. Dry powder came out. Later on I shot that gun a few times, loaded with bird shot.

Cowboy said:
Just a precautionary note in reference to displaying the muzzleloader with horn over the fireplace.

I’m sure you wouldn’t hang the horn full of powder above the fireplace if it’s being used? Rock and brick gets hot and heat rises.

Don’t know your layout my friend and you’ve probably taken that into account . It’s just the first thing that popped into my mind?

Actually, I think the traditional place for the muzzleloader was hanging above the exit door. 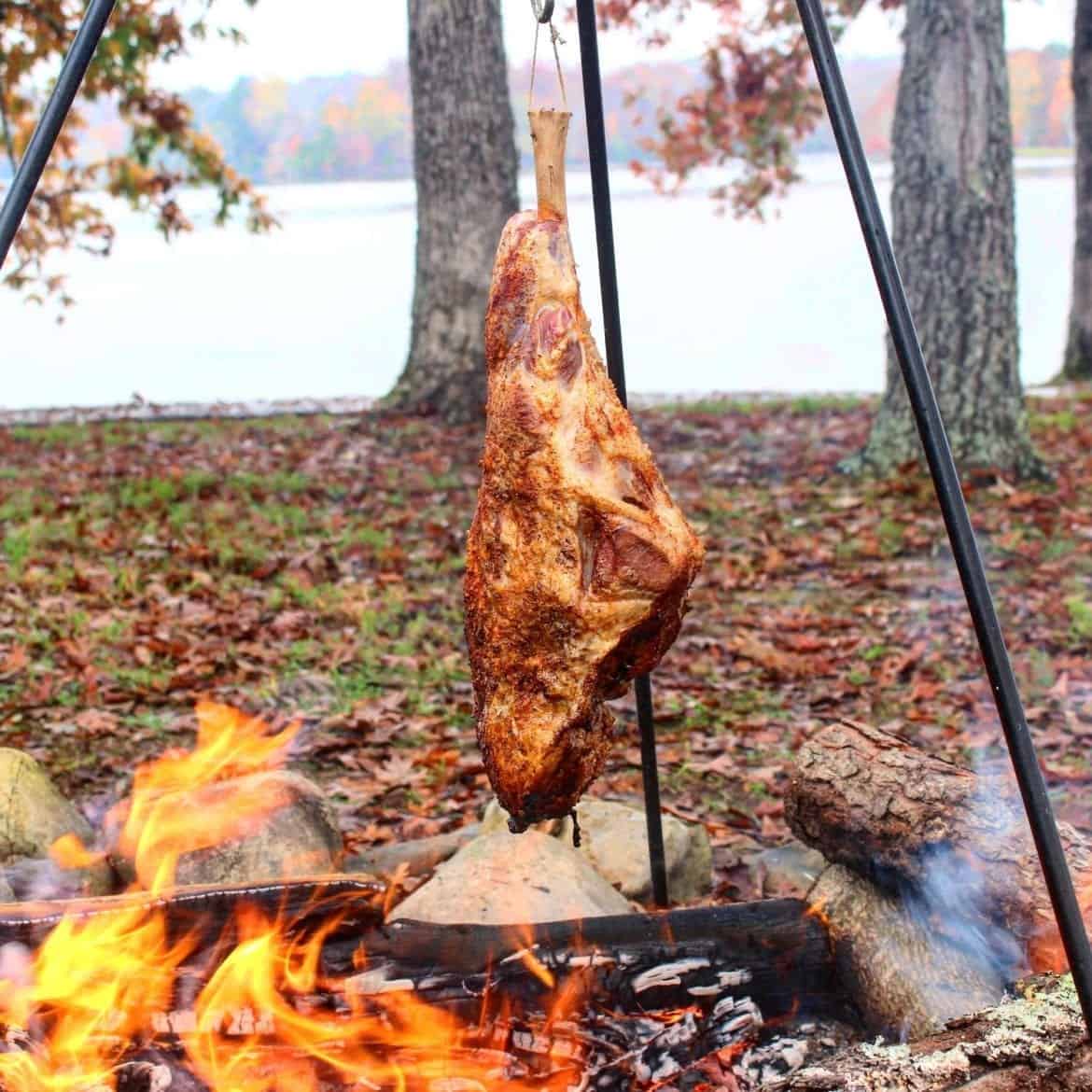 Titus Bass said:
All good ideas I bought a production run ML at gun show few years ago very good shape but one side of the gun was very dark and other side was very light color guess it was from the heat just saying my friend!!!
Click to expand...