Had to get one

Will be here Friday, I'm looking forward to getting it. Anyone here got one and if so what are your thoughts. Where does it fit in competition shooting ? 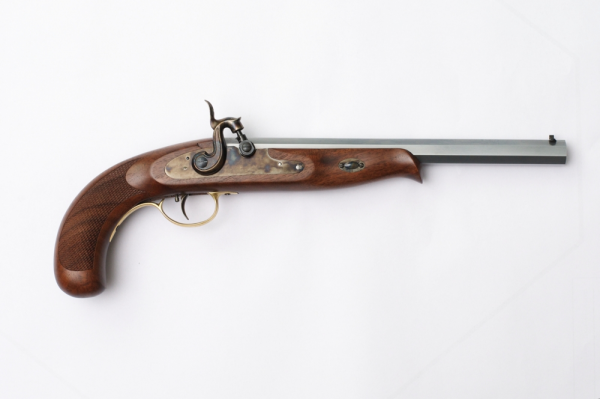 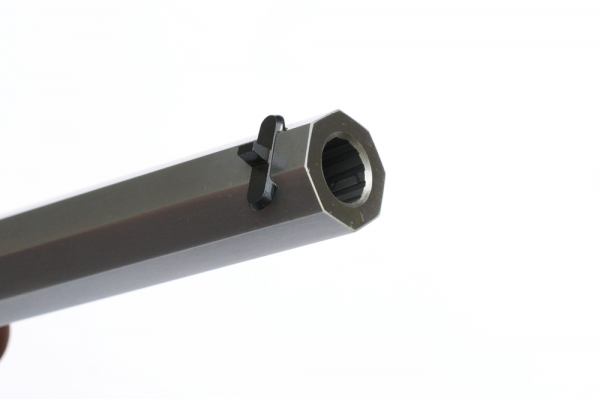 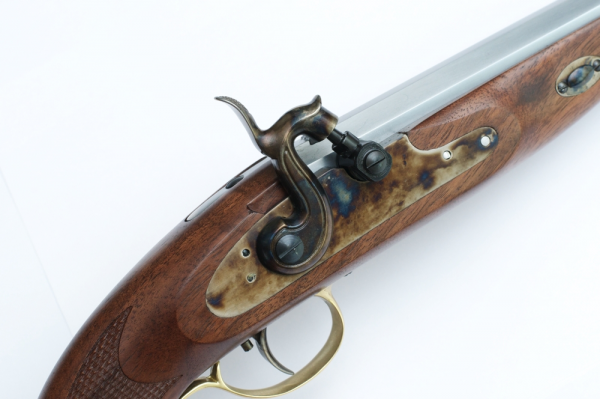 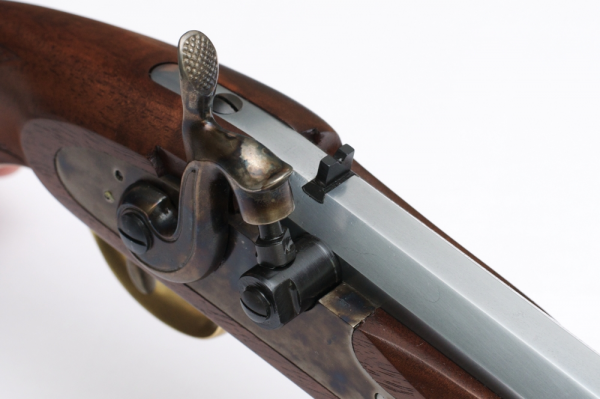 Pedersoli made entry level target pistol. Not based on anything historical. Nicely made guns that have won many awards.

The continental target was $50 more than the average .45 Kentucky pistol price, so I figured why not get the hammer forged barrel, hard chromed bore , single set trigger with possibly a better balance.
I've had a few Pedersoli's over the years and they do perform well, I don't see any reviews here on this model and may have missed them, I asked if anyone had experience with this model and if shot in competition like NMLRA etc what categories does it fit in.

I have shot the NMLRA / NRA divisions your new cap gun was made for at the nationals since 97. If your goal is mostly to win matches at these events ...1)Your gun is as match worthy as any more costly model. 2) Correct for both modern cap events and traditional cap events. I prefer my Pedersoli Le Page`s now but have shot and owned most of their`s and other makers. Like most of my fellow shooters it`s not about cost just personal preference. Are you preparing or interested in shooting NMLRA type matches?...c

DBrevit said:
Will be here Friday, I'm looking forward to getting it. Anyone here got one and if so what are your thoughts. Where does it fit in competition shooting ?
Click to expand...

I almost bought one of these but I bought something else instead. Not that this is a bad gun. I just happened on to a deal with another gun. I still like the idea of this model and the Flintlock model to go with it.

At the NMLRA/NRA National Championship matches there are "traditional", and "international" type matches. These matches require the use of an original or reproduction of an original gun. Your gun fits this. The main event or national championship match is a little more relaxed in it's rules and custom/target enhanced type guns are permitted. They have modern adjustable sights, special grips, the works. Your gun can be used there too but you'll be going against guns that are using every modern advantage permitted.

MLAIC or international type shooting is a bit different. The United States has a team and they shoot at the Worlds Championship events. I think it's every two years and take turns with different countries hosting the event. International events are original guns or reproductions of original guns only. The target's scoring rings are smaller, and you only shoot one target and at 25 meters. NMLRA/NRA events shoot aggregate matches (multiple targets) and at distances of 25 and 50 yards.

So this may seem like a lot but it's just a little food for thought as to what kind of matches you might find your self working to shoot in. Be confident in knowing that your gun was built for target and competitive shooting and where it's not the most expensive gun out there, it's totally capable of shooting the groups needed to win. What will matter most is how you load and shoot it.

Gun came in, I played with trigger adjustment (real light, nice), balance is great, fit and finish are great.
Does not come with ram rod (may be part of cost cut), not sure but made one anyway.
Did not shoot it, in part I did not have the time and second I don't like the grip angle or feel, I struggled with the feel of the Lyman plains pistol also, figured I would just sell it unfired, I have a lot of time in with revolvers so I'll go back to them.

Cap and ball revolver grips are so much more comfortable, I may handle the Continental some more to see if it grows on me, I have a low tolerance with things that don't feel right in short order, it's hard to do well if you fight with the equipment, my wrist angle to how the hand feels is off, gun grip should have more pitch so the hand/fingers match the my wrist angle.
N

Learning best hand placement for you is normal. Try not choking up to the trigger guard like you would on a revolver. Bottom of hand 1/2 inch from bottom of grip. Arrange trigger finger to be flat on trigger as to pull straight back. Make note of angles and positions of hand and fingers after you find a good working grip. Masking tape markers will help. ...c

That is a nice looking pistol.

iloco said:
That is a nice looking pistol.
Click to expand...

It's in the classifieds for sale.

I have a beautiful Birds Head grip CVA Belt Pistol I made 35 years ago, and yours makes mine look like a water pistol! What a fabulous gun, the checkering and lock detail is great!
So, I use 2 hands on my Bird Head grip, free hand under the barrel, holding the forestock. Grip hand rested against the free forearm. No hope trying to shoot a Belt Pistol 1 handed, it feels awful. For cartridge guns, I'm a 6-shooter guy, too. For me, these 'Kentucky?' type pistols shoot 1 handed really lousy, but 2 handed they really 'ding 'em'. Tinhorn
You must log in or register to reply here.
Share:
Facebook Twitter Reddit Pinterest Tumblr WhatsApp Email Link