I'm from northern Utah, which is more or less the backyard of many a 1830s rendezvous. Been shooting black powder since '74 and did reenactment for about 25 years, until I lost a chunk of my hip to cancer. Now I just plunk targets and have fun. Glad to be here.

I was born and grew up in Weber County… welcome aboard!

Welcome to the forum.
Thomas
M

Thank you, all. Appreciate the welcomes. j2adams - that's where I am, in Roy.
J

Welcome aboard! Be sure to share a pic or two of your favorite shootin’ irons in when you get a chance.

Sorry to hear "C" bit you but glad you made it here.

From another shooter rode hard and put away wet.

Howdy and Welcome from Texas!

Thanks, everyone. Much appreciated.
K

Jaegermeister said:
Welcome aboard! Be sure to share a pic or two of your favorite shootin’ irons in when you get a chance.
Click to expand...

And Jaegermeister, I'll need to find some photos of what I shoot now, a Larry McCoy flintlock patterned after a rifle in the Museum of the Fur Trade, and a percussion rifle patterned after an 1860s Leman rifle. But I do have photos a friend recently sent of a Homer Dangler rifle, patterned after Peter Berry's rifles. The gun was built by Dangler, then scrolled and inlaid by Steve Fields, from Southern Indiana. It was a tack-driver and a beautiful piece, but after moving to Utah I thought it was too light, and too nice, to be banging around in the mountains. Sold it, and naturally now wish I hadn't, but it went to a good home. Not sure who that kid in the photos is, though he seems vaguely familiar. 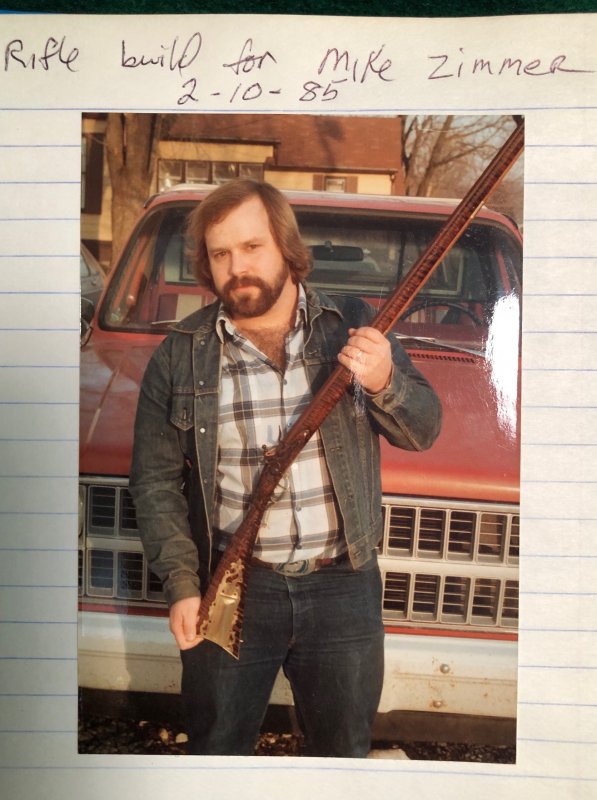 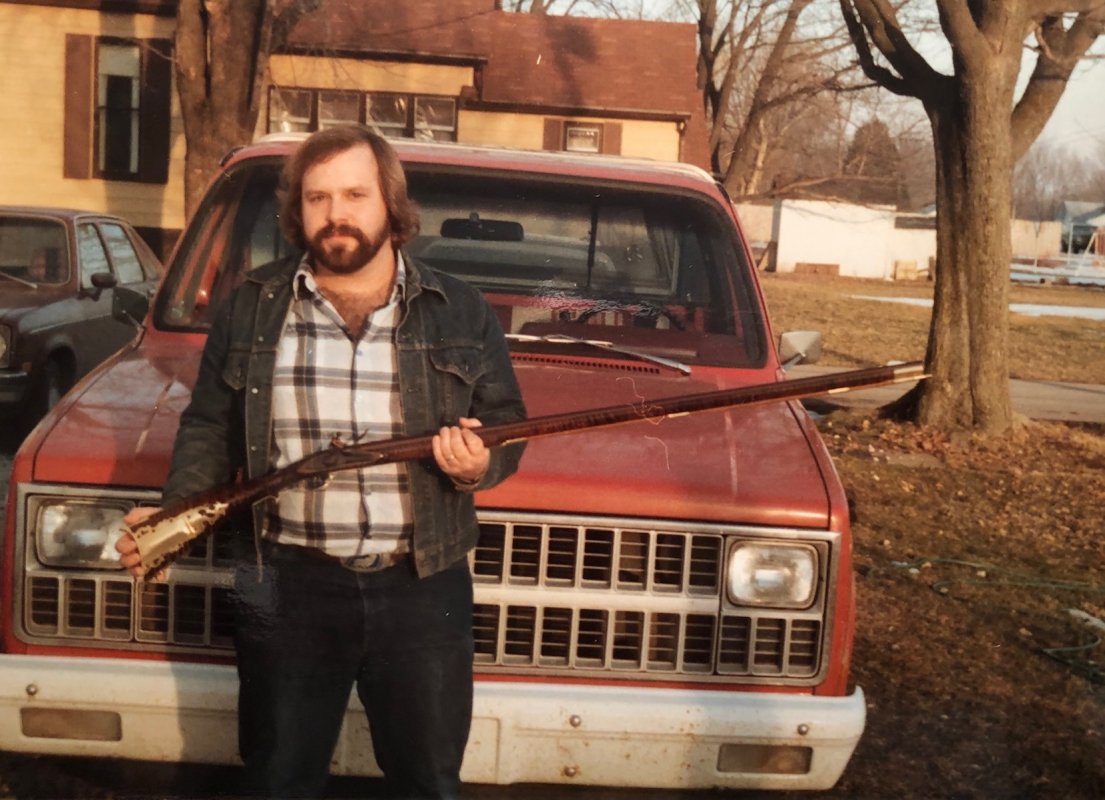