Haven't bought that much from our classifieds. It is rare enough that I don't remember all whom I have purchased from. Only 2 transactions resulted in receiving items that I felt were less than described. In one case I think it was just an honest difference of perception. In the other, I have a hard time believing it wasn't willful dismissal of relevant information.

I have purchased a nice blanket from @Rifleman1776 as well as a small horn that needed more work than I thought,,,, but, turned out great. Thank you to him.
I've enjoyed a few items from @OldMaineWoodsman as well, just can't remember how many.
@davec2 and @Capt. Jas. can't be left off the list though I think some items I've received were purchased through a different forum.

A few items I've purchased here came from folks who left the forum. At least one came in trade via a private message discussion.

There are some folks here that go by other handles on other forums. So sometimes I loose track of who I've dealt with and on which forum.
Is Corey Joe Stewart active on this forum but under another name? If so, I give him 2 thumbs up to deal with,,, sorry I only have two thumbs.

Apologies if I left someone out.
G

Cutfingers needs to be added to the list..does amazing work at fair prices.

sgtprovo was excellent in communicating, shipping, and describing the items

Most Forum members are people sharing their love of this age old
tradition & passion. They value their contacts and play by the Golden
Rule of doing unto others as you would have them do unto you.
Always have a few bad apples, but on average the apples are good.
These lists bear that out.

I want to add MedicMike3762

Another vote for Cutfingers, great workmanship and fair prices.

painter said:
In no particular order...

...and I'll add Bill Raby. I bought a rifle from him on a different venue, but the transaction was perfect. I know he's a member here so I added him.
Click to expand...

I need to add Redmoon.

@Griz44Mag was a pleasure to deal with on this pepperbox, highly recommended seller. Came wrapped in bubble wrapped and vacuum sealed. Can’t beat it. 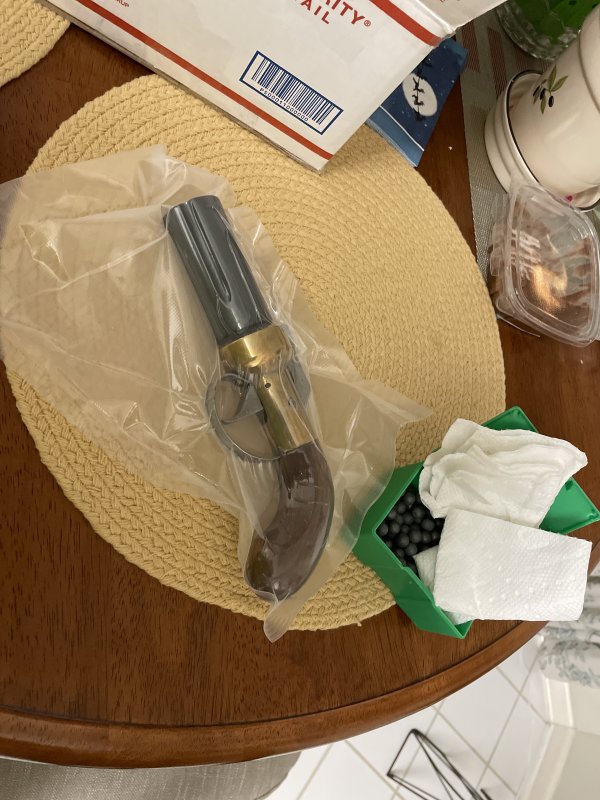 I bought a rifle from EC121 last winter and talked on the phone about the rifle for half an hour . Very plesant to deal with and transaction went smoothly and fast. Just a example of my dealings with him .
You must log in or register to reply here.
Share:
Facebook Twitter Reddit Pinterest Tumblr WhatsApp Email Link