I have not seen this, was it any good?
C

I am not a critic but I can tell you, that in my opinion, it was good but not great. The Hudson Bay Company and fur trading part made it interesting. There have been several series I have watched where I was disappointed after I saw the last episode because I wanted more. I was not left wanting more with this one. 3 seasons was enough……

I tried but it got to politically correct for me.
J

OK to watch if you got nothing else to do. I watched the series, not one that I would care to watch again.

It was so so for me. I did enjoy "The Son" which covers a lot of the Black powder time in early Texas.

Well I gave it a shot....just could not stay interested.
O

I watched season 1, thought it wasn't that great. It was hard to stay interested. Second season came out and I thought maybe things would pick up. I watched about 3 episodes and decided I was done. I didn't even bother with season 3.

I have not seen this, was it any good?
Click to expand...

Not to put too fine a point on my opinion of it but: 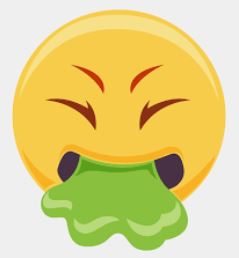 It is a perfect example of what happens when you get a good cast and absolutely terrible writing and production decisions. Jason Momoa's knives are not even really useable, the director and prop master decided they would look "cool" but so what? Since the writers knew nothing but some scant information about history, they were LAZY and missed out on some excellent opportunities to illustrate the social problems of that era, and instead gave us modern problems with characters in odd clothing using primitive tools....

OH and before somebody chimes in with the silly comment "It's not a documentary"...., sorry not saying it should've been. However, proper attention to historic detail and proper writing would make this a winner, and to those who think "historic detail" doesn't "sell" a series...DOWNTON ABBEY
<mic drop>

OTHER series to AVOID:
Jamestown.... again, poor attention to history and bad writing missed phenomenal chances to illustrate the plight of women of the era, and in spite of the taboos and bias, the women were able to succeed in carrying out their will... Instead we get modern problems for people in funny clothes...,

DOESN"T ANYBODY IN THIS FREAKIN' COLONY OWN A HAT OR THE WOMEN CAPS ??? WHAT'S WITH THE MODERN HAIRCUT ON THE DUDES ON THE LEFT ???

BELOW: RICH WOMAN ON LEFT, TOO MUCH SKIN SHOWING, NO CAP,
WOMAN IN CENTER WOULD BE REGARDED AS NAKED AS SHE HAS NO SHIFT, PLUS HAIR IS DOWN; NO CAP,
WOMAN ON RIGHT, HAIR DOWN, NO CAP...,

HOW TOUGH IS IT TO PROPERLY COSTUME THESE PEOPLE? 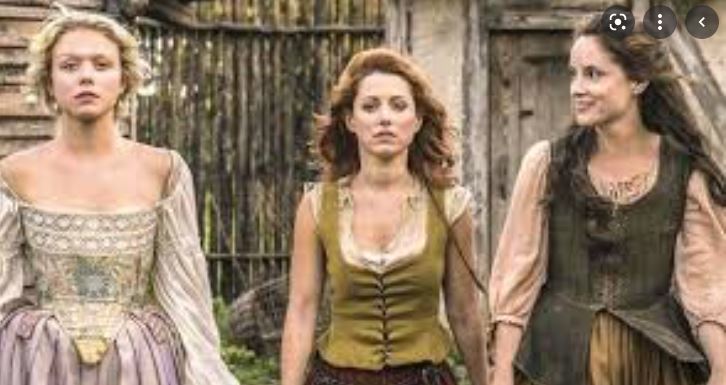 Reign..., total balderdash. Would've been better to have made this into a Sci Fi series set in another galaxy than to pretend it had anything to do with Mary Queen of Scots... another soap opera with folks in funny clothing...

Sons of Liberty miniseries. WOW so the director should be arrested for fraud when she made this. Eastern European production that would be considered poorly done if you sent it back in time and showed it on TV in the 1970's.....

And @Loyalist Dave, what is your opinion of "Poldark"?

Early episodes were good. Tried to address the plight of the tin miners along the coast of Cornwall. Pretty good with the costumes.

Did become more soap operaish as the seasons progressed.
L

Well never got into Poldark..., it's been done twice though....

tried to watch a few, but everything was always dark and just in fire light and close ups of their faces. Pretty slow going as well. Not something i'd ever try to watch again.