for the welt. Especially if your going to see inside out.
Many old bags seem to be simple envelopes sewed on the outside. So you don’t have seam stress on the joint. Welt anyway it adds a lot of strength
A

for the welt. Especially if your going to see inside out.
Many old bags seem to be simple envelopes sewed on the outside. So you don’t have seam stress on the joint. Welt anyway it adds a lot of strength
Click to expand...

Welts are also especially needed when folks go with thinner leathers, no matter if they are sewn inside out or not.

P.S. Darn it I forgot something in my earlier post.

When I make a two piece strap, I almost always make/include a "sliding loop" that goes over the rear strap and the part of the strap that comes through the buckle and and lays over the rear strap. Though not a very common feature found on the tiny number of original 18th century pouches extant, I think it is useful and a very nice touch. Sometimes I attach/sew the loop to the rear strap so it doesn't slide, especially if not much strap is left over after it comes through the buckle. Sliding loops were common on British Military Slings and some Waist Belts, so it is a period item, though not normally found on civilian Shot Pouches.

It really depends on what exactly you are willing to spend to get the quality you want.I once bought a cheap leather bag that I thought would go well on my hunting trips but guess what! It got torn up after a few months and I wasn't happy for sure. That's when one of the group leaders showed me his leather office bag from Italian leather and this beauty had survived 10 years on his excursions. I just had to go and buy one for myself for that price.

Here is mine... I made it with my ancestral Whiteside family tartan inlayed!

GREY: for the border lance used to provide for the Clan.
BROWN: for all the cattle we liberated from the oppressions of other clans.
WHITE: for the Whiteside name.
RED: for all the thankless blood we bleed in all fields of War for the last 1000 Years. 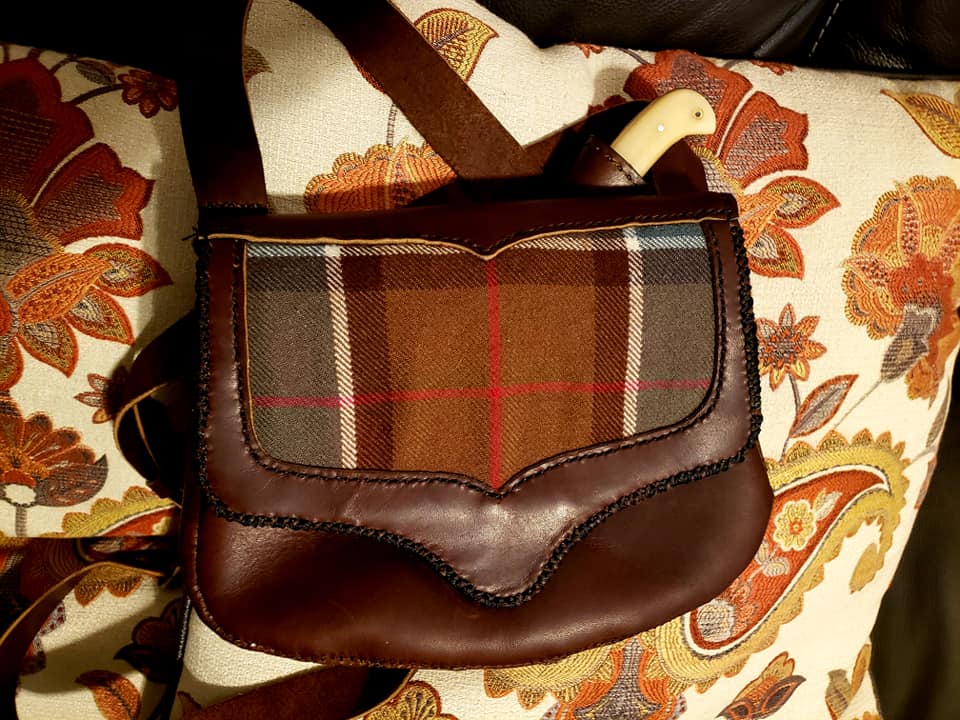 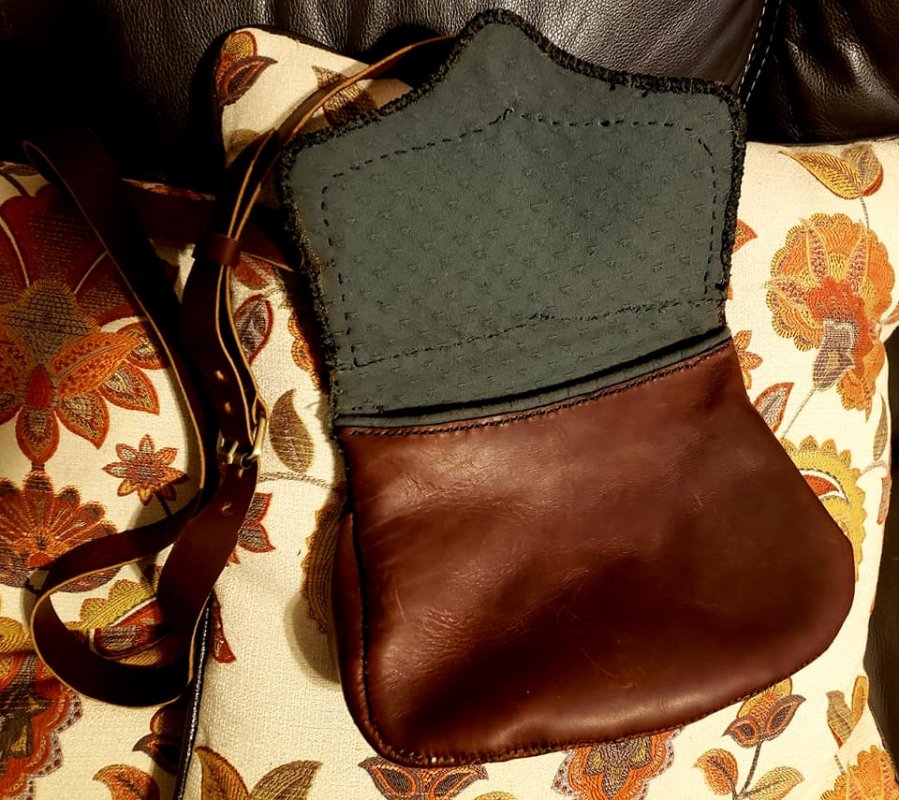