For sale locally.
I see some listed on line for $200-300.
Have not scene it in person yet.
Looks like an old patch on crack in stock.
Opinions? 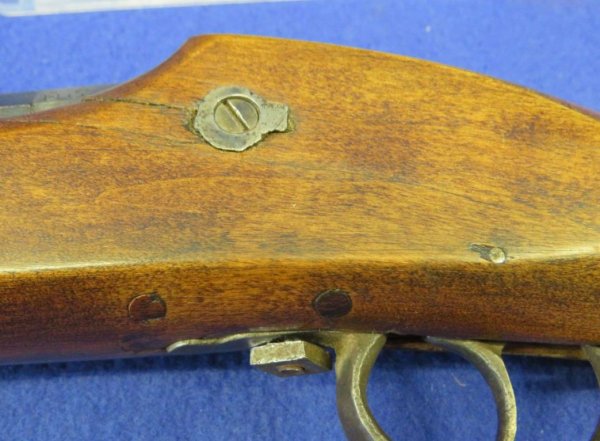 Eusebio was considered to be one of the better Arizaga makers. Less likely to have used sub par metals in the action. At that price it may well be a good buy.
The stock looks like typical Spanish straight grain and varnish. No figure apparent, still it would benefit by replacing the varnish with an oil finish. I do personally like that the stock is the straight grip English style.
L

That looks like the proper repair of the two cracks.
I like the tang bolt screw square nut..., shows it's age.
I wonder if the barrel is choked. Might be a good turkey and up high squirrel gun.

I have a Dixie Gun Works 28 ga by the same maker. I paid $200 for it ten years ago. That was a bit high dollar but I wanted a light 28ga. But beware, it was marked as 28ga but it is not. It is 13.3mm or .526. A 28ga would be more like 13.9mm or .550. And there is the rub, I have seen three of these shotguns but only one was 13.9mm. So mic your gun or look on the barrel for the size before buying wads or cards. Other than different bore sizes, mine is my favorite BP long gun and a genuine fun gun. It weighs about 3 1/2 pounds. I use 3/4 to 1 ounce shot over 60 or 70 grains of whatever powder you bought. Most standard load listed calls for is 55grains and 3/4 ounce. Mine had this crappy dull orange finish. When I stripped the finish, I found it had dark wood under it. Finish on the barrel was good but the fit of metal to wood was just average. I use a homemade ramrod when at the range or woods because the flimsy rod it comes with is ok for occasional use but not for repeated use in the woods. I shoot prb out of mine at the range but would not hunt with it.
As far as the price goes, it is reasonable as long as the barrel is not thoroughly pitted.
BTW, Youtube has video of a guy shooting one. Just type 28 ga muzzleloader and it should come up.
Good luck and have fun.
O

I shoot an early dixie 28 gauge with 55 grain FF under 3/4 ounce of shot for cotton tails and it performs well.

ohio ramrod said:
I shoot an early dixie 28 gauge with 55 grain FF under 3/4 ounce of shot for cotton tails and it performs well.
Click to expand...

Ohio rr, Those little shotguns are a lot of fun. And very easy to carry all day. If you ever get a chance, look on the barrel for the millimeter it is and send me a PM. see ya
T

Please be aware that the Spanish guns seem to be proofed to only about 10,500 lbs.-sq inch They are marked in metric something like 700kg cm2. So be careful not to overload it. I have a Spanish 9mm smoothbore barrel that someone bulged at the breech. I have cut off the breech and re-breeched it and added a drum/nipple. Hope to make a small game shotgun out of it. It is very light. Good luck with your find, a friend of mine got one back in the '80's for 5 bucks at a gun show because the guy got it on a trade and it made his table of breech guns look bad. They are cool little guns.

I know a guy who has one, he uses the slick shiny paper from newspapers and mail ads. He used a wad for over powder and over shot. The squirrels don't know what hit them.

Flintlocks Inc has wads in almost every imaginable size. 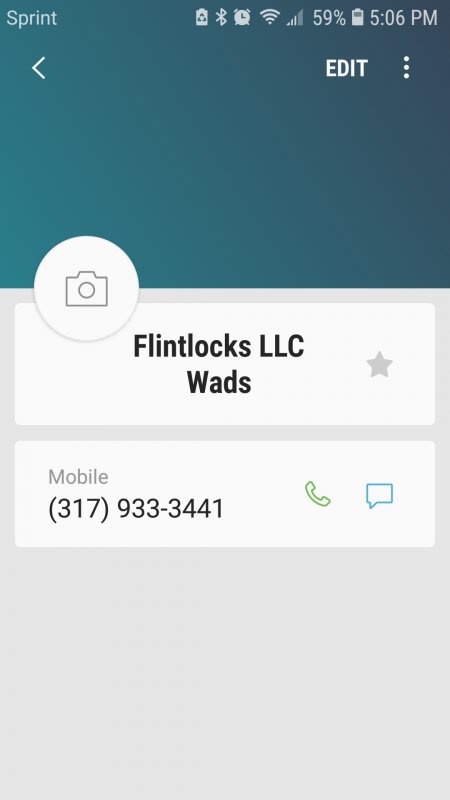 Buy. But with reasonable expectations. But buy.
S

Hell after following this thread now I want one.
S

I want my name to be Eusebio…

ALL OF THEM have ram rods that are made like / out of coat hangers! very flimsy, with a rounded nut screwed onto it!.

toot said:
ALL OF THEM have ram rods that are made like / out of coat hangers! very flimsy, with a rounded nut screwed onto it!.
Click to expand...

Their ramrods make a dandy whip but not much else, lol. That’s why I made a wooden one.
T

Picking it up tonight.
My son ended up buying it. Unfortunately I bought a modern gun last week and used up most of my play money.
B

Well mechanically it is good. Fit and finish from past repairs will be a project.
Believe it was been shortened at some point since the butt plate is bigger then the stock. 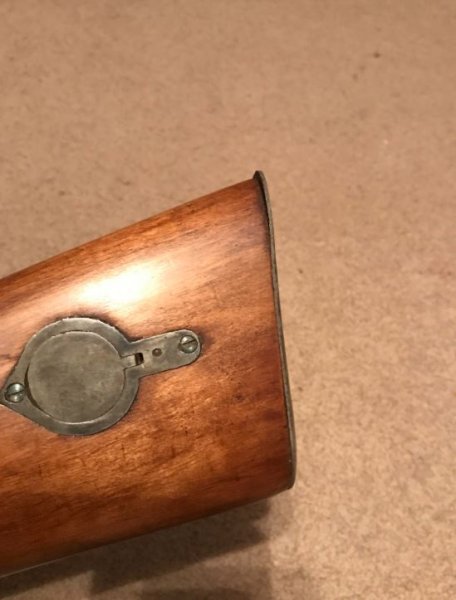 Cracks concern me. Maybe I could get some glue to soak into them. 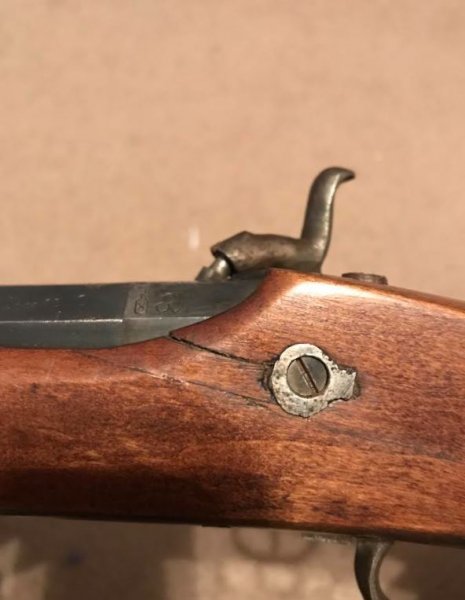 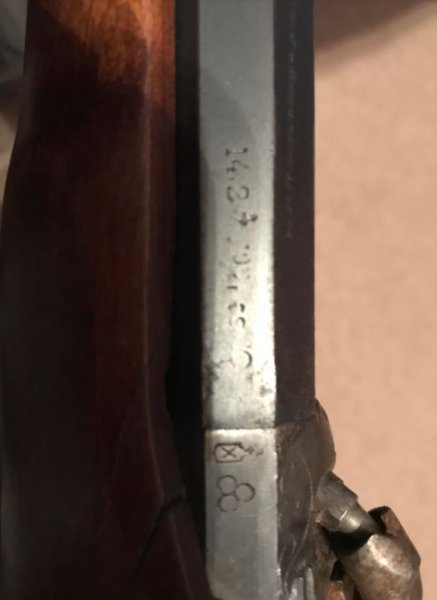 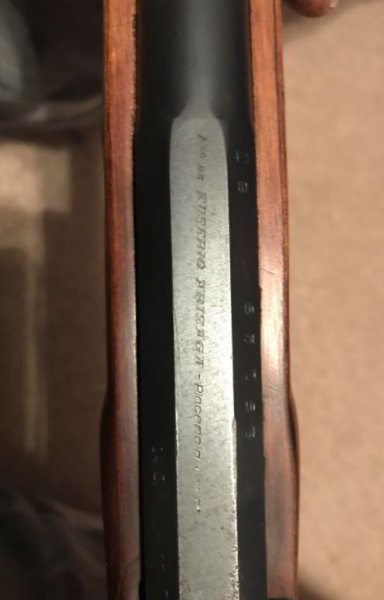 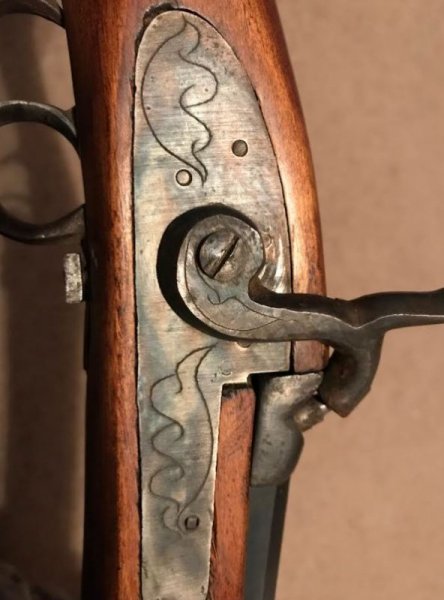 Put the rod down the barrel and it goes to the bottom but when I shined the flashlight down it looks like there is a card or patch down it. Will look into it tomorrow.

buickmarti, the 14.3 is millimeters, that is ,563. I would mic it to be sure. That is the largest bore I have seen on the four that I have viewed. Mine has a 32 inch barrel and an overall length of 48 inches. If yours measures less than 48 inches and the barrel is 32 inches, it may well have been cut down. Keep us posted or send me a PM, as I am very interested in these so called South American “Monkey” guns. Good luck

I bought a separate barrel for one of these back when Dixie carried them. The bolster was oddly threaded and had a funky rear sight machined/cast in. I re-breeched mine, the plan was to make a small flintlock single barrel out of it. I still have it. Old Turner Kirkland, he carried a lot of junk, but it was darned interesting junk for a kid who could afford little else.
L

I've got one, too. Mine is marked CAL 28 TA on top of the breech, and on the underside is marked FA DE Teodoro Arrizabalaga Eibar. The Spanish proofmarks date to 1968. Also stamped 13.7--which I assume is the metric bore size. I've fired it with light charges and thinly patched .530 balls. The trigger is heavy, and spraying lube on the inside of the lock did not help much.

On one shooting trip I forgot my range rod, and had to use the skinny ramrod to seat the .530 balls. I figured out a way to put a cleaning patch on the skinny ramrod--just tear a small hole in the patch, slide it on the skinny end of the ramrod, then fold it over the button on the other end. By swabbing the bore after every shot I was able to keep shooting patched balls.
You must log in or register to reply here.
Share:
Facebook Twitter Reddit Pinterest Tumblr WhatsApp Email Link