Gentlemen,
have had a good poke about looking for any information on this musket, have pretty much drawn a blank. It has been made from Potzdam parts, looks like most of the parts came from the same musket originally. It has been restocked some time in the mid 19th century, barrel is not held by wedges, stocked to the muzzle. Has a military style iron ramrod. Bore and lock are in really good order.
My personal conclusion is that it might have been made for the Dutch colonies in South Africa as a utility gun for around the farm. I had something similar as a teenager that was Birmingham made, looked a lot like a Pat 42 smoothbore and had been found in the store room of Uno station north of Port Agusta in South Australia. Also a utility gun to have around the station for vermin and the like.
The side plate may be stamped Heyn with a crown which indicates a dutch origin. The lock does not have the tail that is seen on the Potzdam but as you can see is quite round. I will place some photos when flikr gets its act together

If your on a computer and you can find an open picture of your gun you can use the "right click>COPY" method of copying the picture. Then, come back to your next post in this topic and do a "right click>PASTE" into your message. That will paste the picture into the post.
You can do this COPY and PASTE thing on several pictures before entering the message with the "Post Reply" button.

P1020525[/url] by Gordon Hazel, on Flickr[/IMG] Zonie, think I tried that without much luck. I have access to flikr now so hopefully will now post some pictures. Thanks by the way. 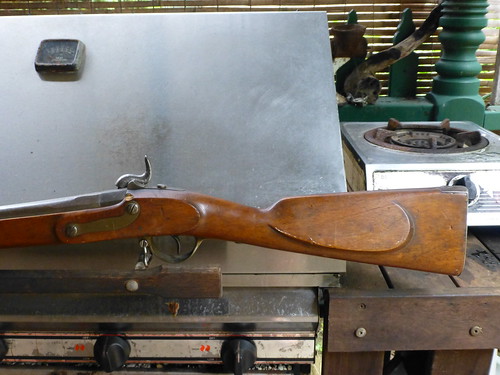 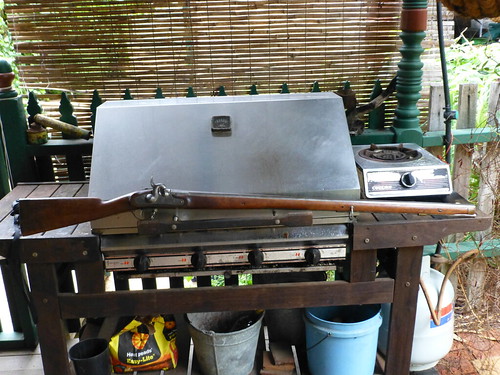 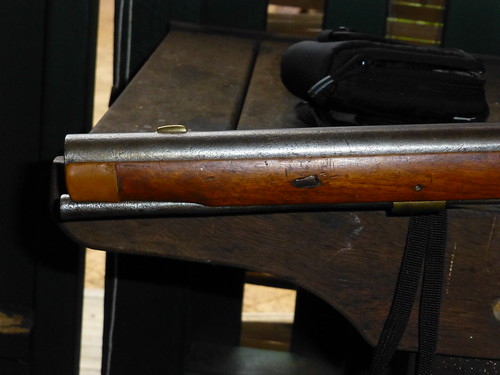 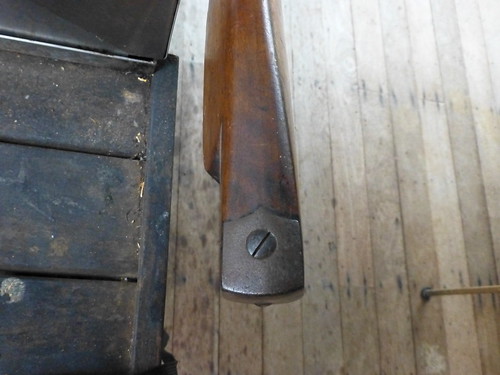 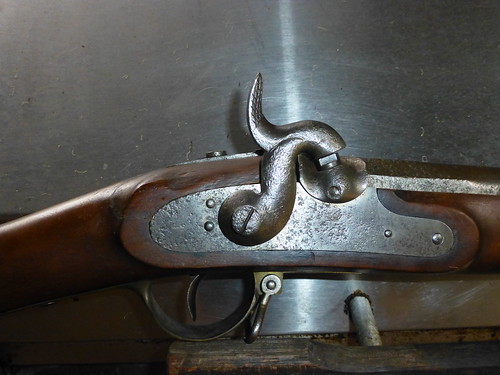 The barrel, side plate, trigger guard, butt plate and possibly the rammer are Potzdam in my opinion. The lock on mine is round faced behind the hammer and flat with a beveled edge forward and proud of the stock. Possibly a new lockplate here? Interesting in that the bolster on yours is flush with the face of the lock plate where mine hangs out over it even though the lock is above the wood of the stock and your is flush. I see no evidence of your bolster having been modified. The hammer looks right and the "cleanout screw" head has been filed off. No question about the shark fin rear sight being Potzdam. I hope someone who knows more will see your post and share their knowledge with us.