A few weeks ago , I was lucky to buy a case of some Belgian target pistols : 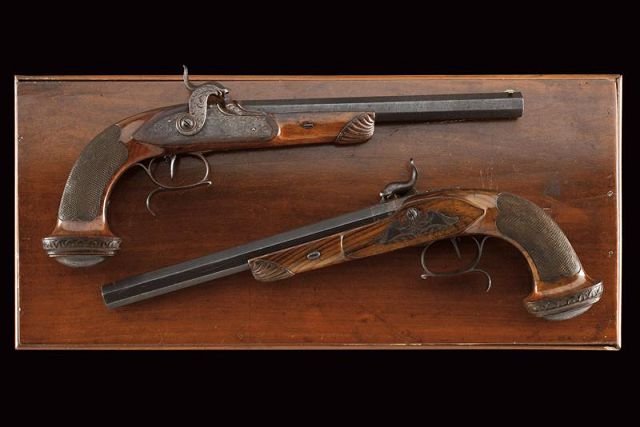 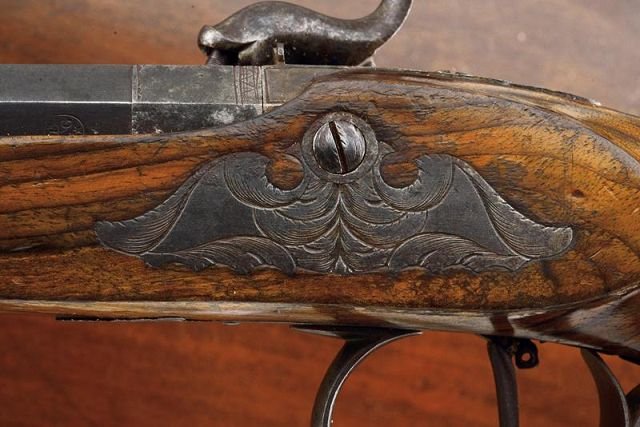 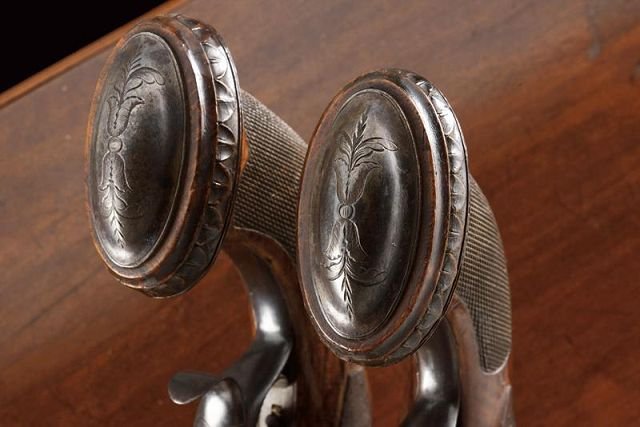 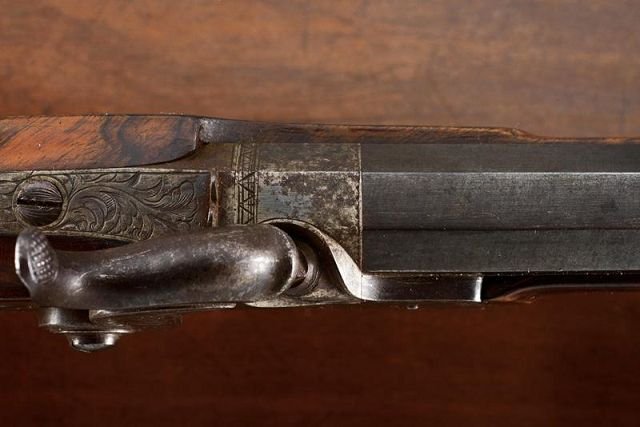 Unfortunately , it turned out , that the entire case was the work of some tinkerer , made from one shortened telescope case from the 1880s .

The pistols themselves are ( after I've repaired the set triggers ) in really GREAT condition with hair grooves rifling im near new condition , no cracks in the wood /stocks , extremely fast locks , over 90% case hardening colours and barrel browning . etc.

A good friend of mine already startet to rebuild the case .

Me , for my part , started to rebuild the powder flask top today .
Since it seemed too easy to me to make a top like the mostly offered Pedersolis , I decited to make a top in the "Hawksley - Patent " sty


Should You be interested to see the progress of this rebuild , please let me know , and I and my good woodworking friend will post our efforts . 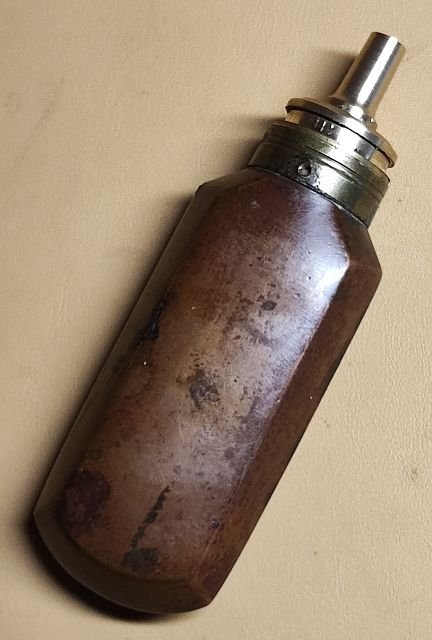 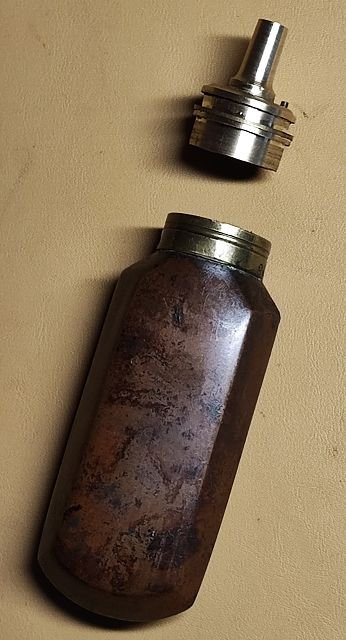 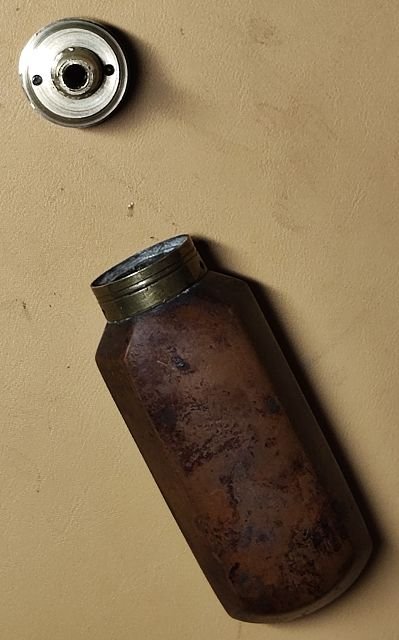 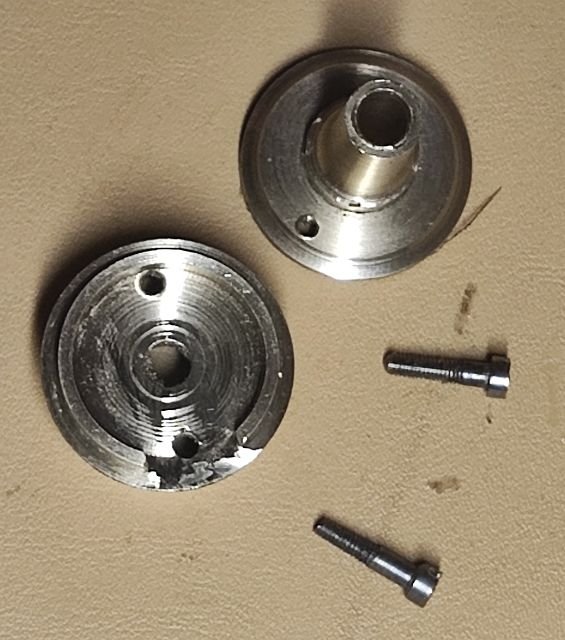 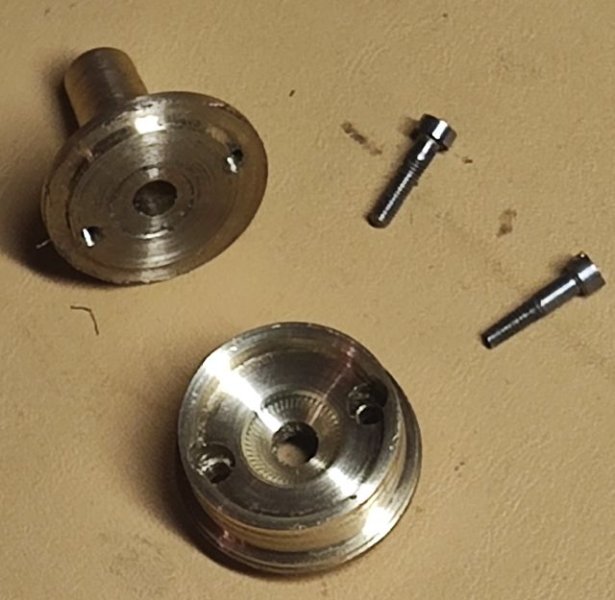 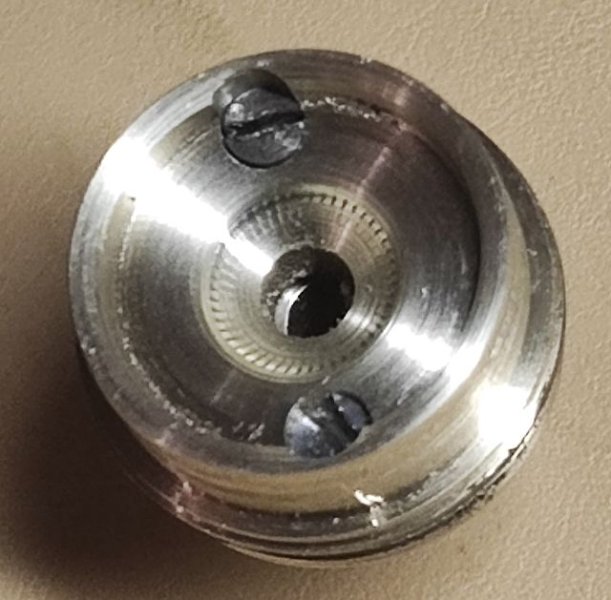 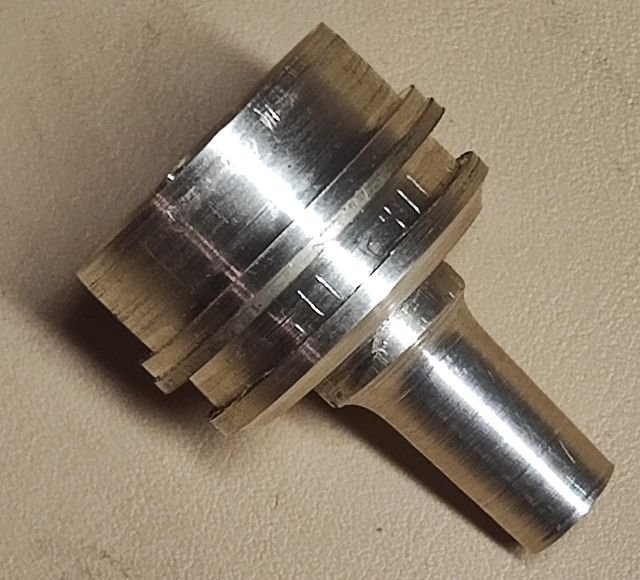 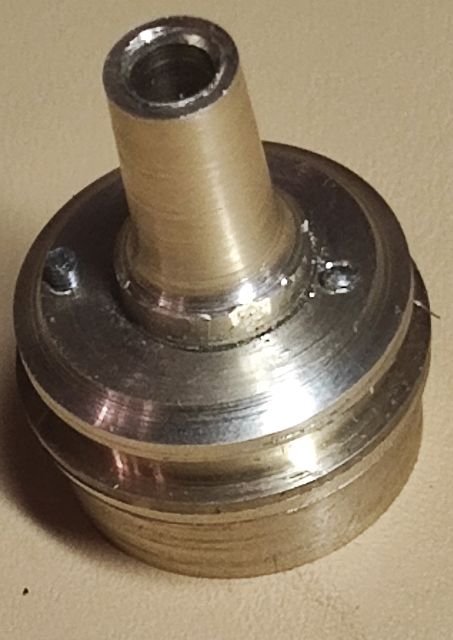 Here some photos of the progress of the powder flask top

Beautiful find. "target" probably really means another man. I believe a cased set of two is what those might have been intended for. Sometimes I wonder, back in the day, why would a man even buy a set of duelers? Was dueling so common as to need them? Further thought, if a duel was scheduled, how was whose set decided to be used?

Rifleman1776 said:
Beautiful find. "target" probably really means another man. I believe a cased set of two is what those might have been intended for. Sometimes I wonder, back in the day, why would a man even buy a set of duelers? Was dueling so common as to need them? Further thought, if a duel was scheduled, how was whose set decided to be used?
Click to expand...

didn't the "challengee" get to select the weapon?
R

I'm no expert, but yes the "challengee" got to choose the weapons and usually the location as well. There was a whole set of rules to be followed in a duel. Break a serious rule and the "second" of the other fellow got to shoot you.
Frankly, I wish dueling was legal now. It might stop a lot of problems even before they developed.
BTW; the guns pictures are, as stated, "target pistols". Not dueling pistols. From what I have read on the subject, dueling pistols were usually smoothbore and usually of a fairly large caliber such as .54 or .58 But, of course, if the participants in a duel were agreeable, anything could be used. I recall reading of one duel where a large man of over 6' had been challenged by a much smaller man. The big man chose sledge hammers and for a location he chose a Mississippi river bar that was 5' under water. The challenger called off the duel.

However , very many , if not most , such pistol cases were not built as actual dueling pistols after about 1848 and certainly not used as such .

During this time, the (wealthy) bourgeoisie also became "capable of satisfaction", so they were also allowed to duel, although the duel was actually officially forbidden.

Owning a pistol case was therefore part of the basic household of respectable gentlemen, even if they were not of the nobility.

In order not to be completely helpless in an improbable but possible duel, these gentlemen immediately began to practice with their pistols.

(Noblemen did this before, the famous shooting range of Gastinne Renette in Paris was opened in 1835, the shooting range in Wiesbaden was no less well known, but there were many more such facilities and there were also because of the increasing demand always more . )

However, the fine gentleman did not bother with such profane activities as "loading" or even "cleaning", in addition he had a "loading master" who reloaded the fired pistol while the fine gentleman shot with the freshly loaded pistol in turn - that's why such target pistols are also often found in pairs in appropriate cases.

So these things were never really meant for an actual duel, even if they were quite usable for one.

Here is a reproduction of an engraving from the shooting range by Gastinne Renette around 1840: 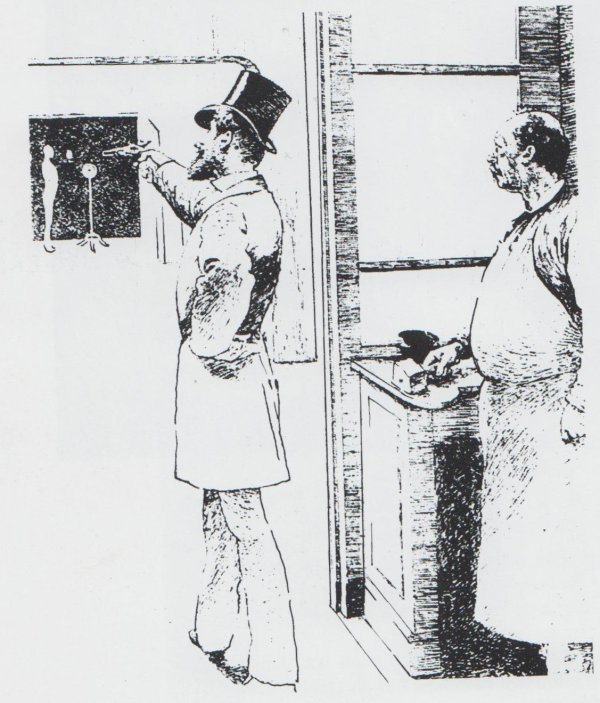 The boundary between dueling and target pistols is therefore quite fluid.

Personally, I consider such pairs "Target Pistols" if they have attributes like

In turn , "Dueling Pistols" have

-Fixed (if any) sights and blades

I think there are more distinguishing features, but roughly that should be enough
Last edited: Nov 15, 2022

Location
Louisiana & My camp in Mississippi

Well your target pistols and your flask look great!

Nice set, and the flask is looking good as well!
A

Yep dueling really went down hill, when the Appalichian boys started to use shotguns.

Tonight , I filed the locking lever , forged and hardened the spring and started finishing the entire top .
The body is left in its original , patinated condition . 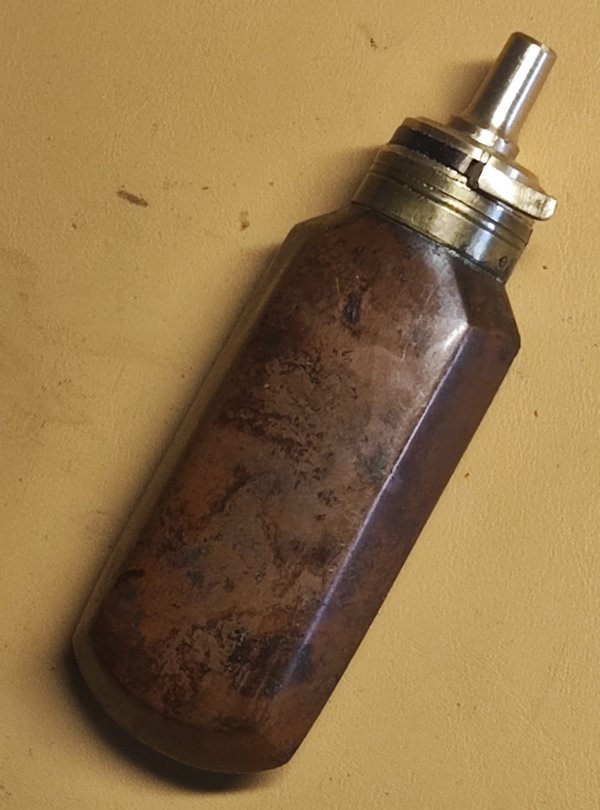 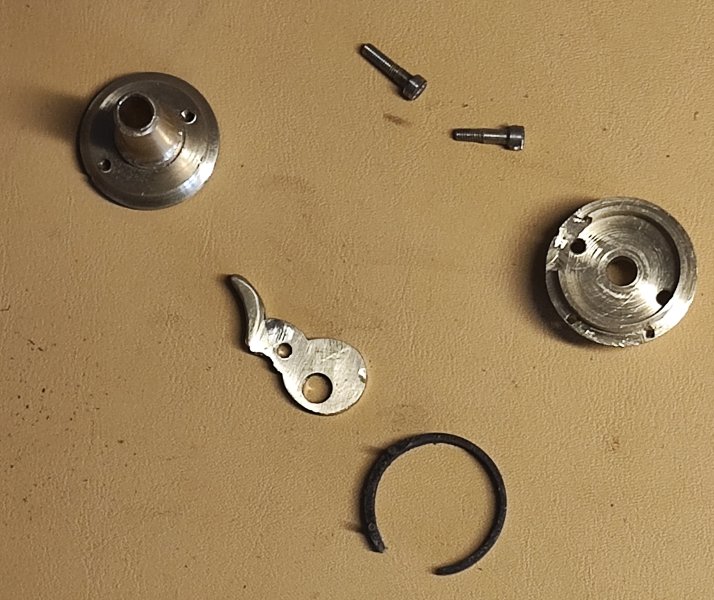 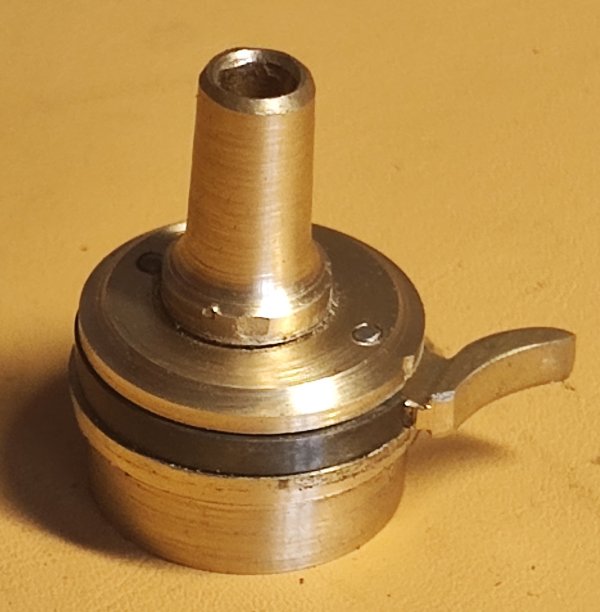 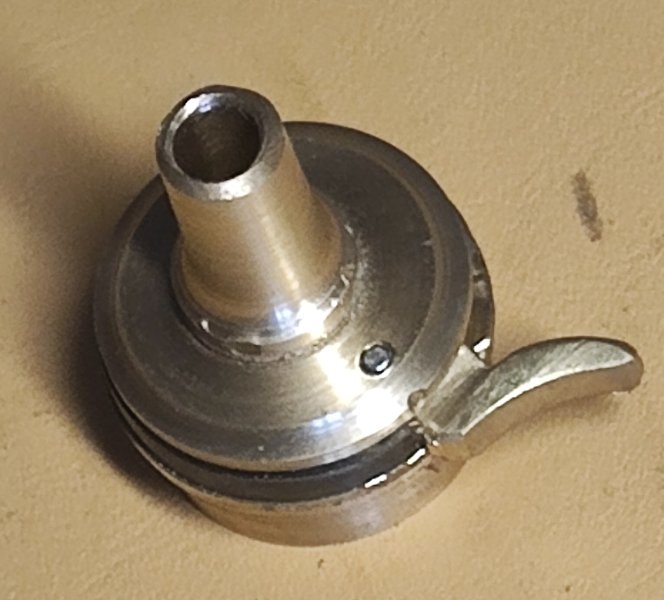 Next , I'll try to make the bullet mould from an old , reproduction one of my collection .