Here is another new addition to my lock collection. Just received this with yesterday's mail from a collector in Portugal. How it ended up there is anyone's guess. LOL
Generally referred to as a Roman lock, it has the mechanical features of this style, which never really reached popularity outside of Central Italy (down to Rome and Naples). Northern Italy prefered the Spanish style miquelet or the French flintlock. Southern Italy was never really a gun making center and preferred the Spanish style miquelet. Which made sense since Spain controlled Southern Italy for some 200 years.
The Roman lock mainspring operates on the TOE of the hammer versus the HEEL like the Spanish variation. Also, it has a unique sear arrangement not seen on any other style miguelet. There are actually two separate sear bars that are both operated with one large V-Spring. One sear operates the half-cock position on the toe of the hammer. The second sear operates the full-cock position on the heel of the hammer (ala snaphaunce style). A bit more complicated set up. Which may account for it's limited popularity.
This particular lock is large, musket size. Lock plate measures 7 3/4" long by 1 1/2" wide at it's widest point. It's somewhat crudely made, but still in working condition. Just needs a good cleaning. Looks like it was made by a backwoods blacksmith at minimal cost for maybe a barn-type gun (?) The Roman locks I've seen have clean, proportional lines and tight fitting parts, ofter with engraving and marks, dates, etc. This lock is unmarked. This one is just hammer-forged with little attention paid to fit or finish. But you can tell the lock was in use. Without any markings or engraving it's impossible to give this lock a reasonable date range. Could have been made anywhere from the late 17th to the late 18th Century. Although the lock plate shape is similar to various locks from the mid-17th Century. Also, note the curious style of frizzen inset. I've seen one photo of a Italian fowler with just stis style of insert. Seems rather narrow.
Anyway, hope you enjoy the pics. I tried to take pics in a way so that you can see the sear arrangement. 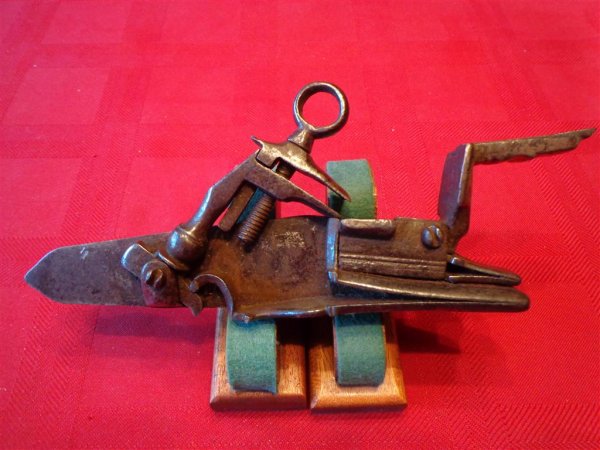 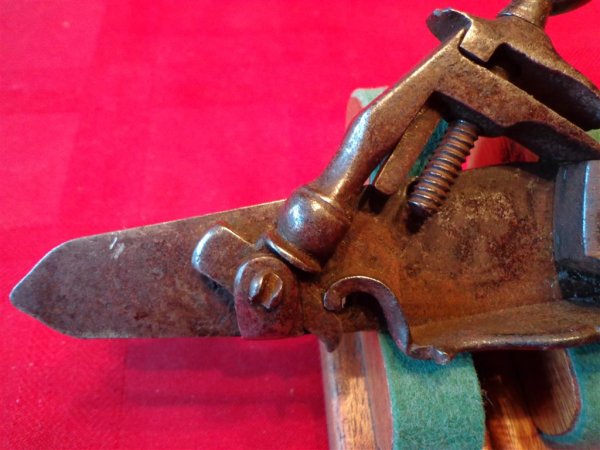 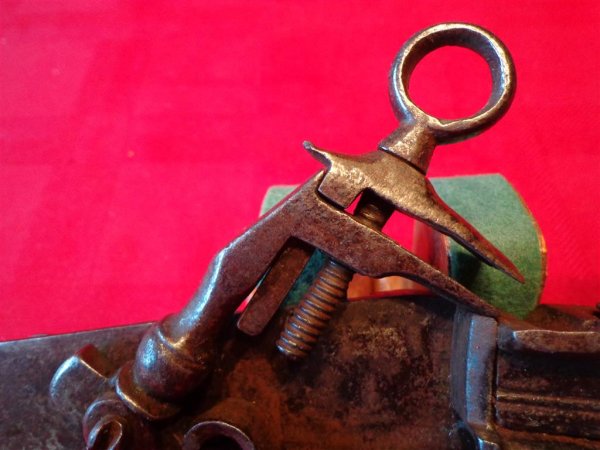 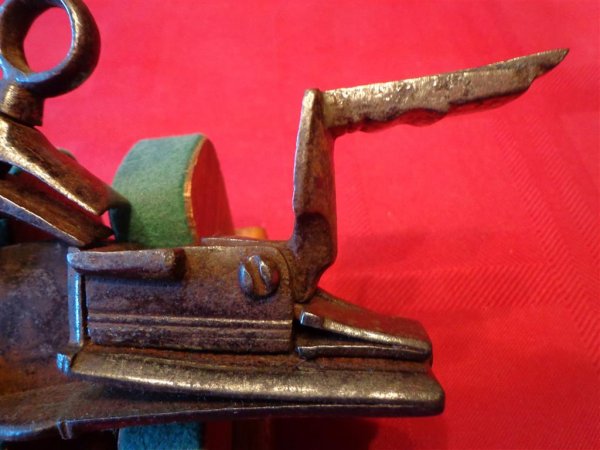 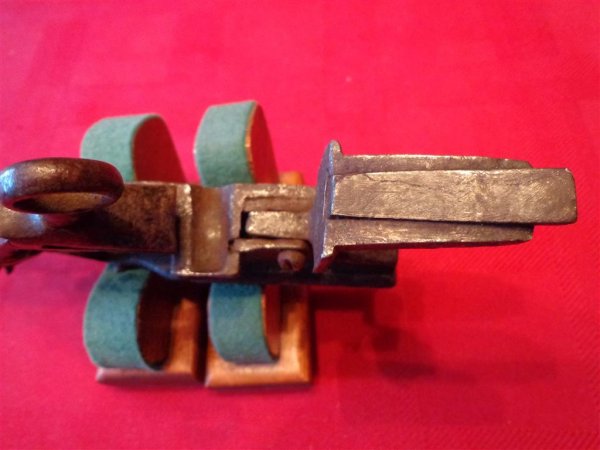 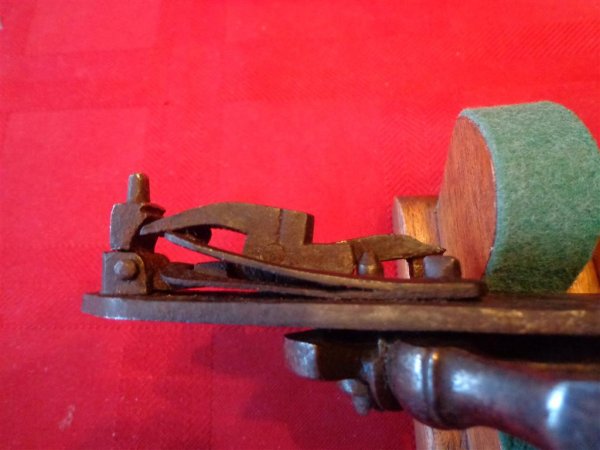 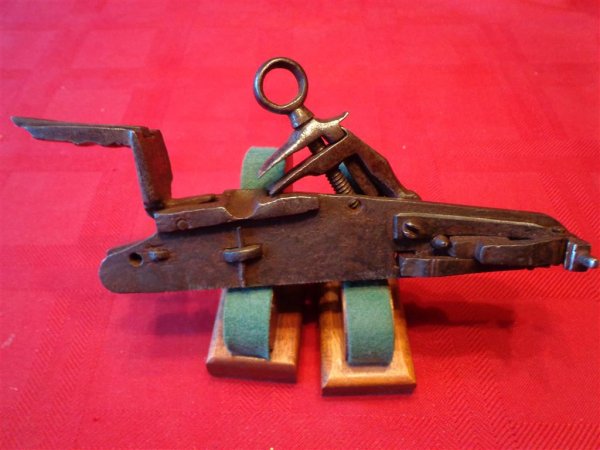 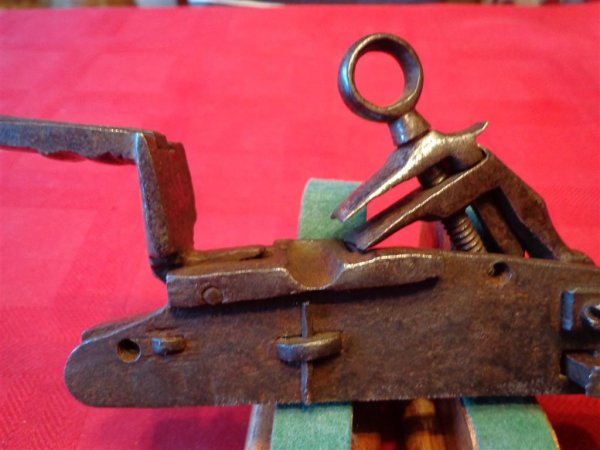 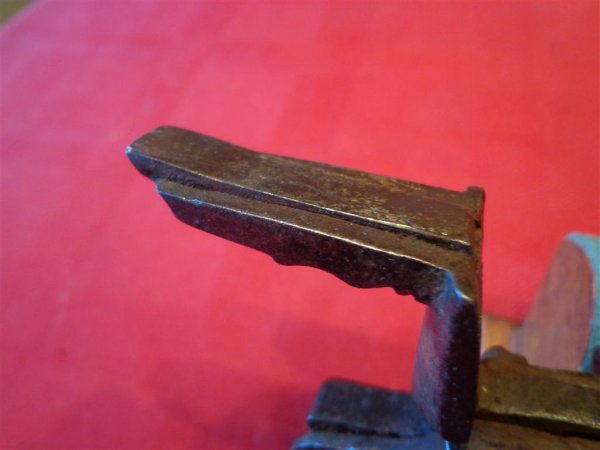 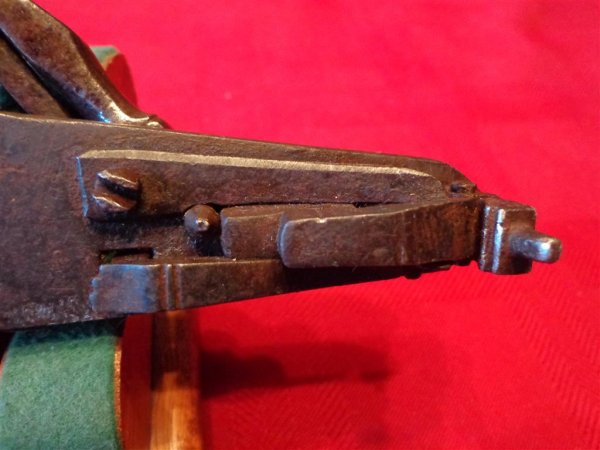 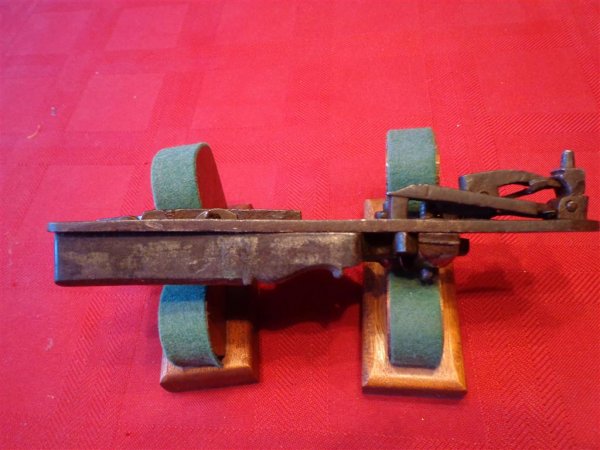 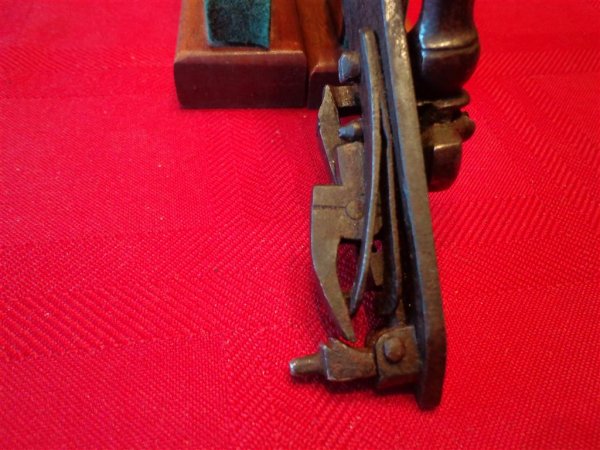