Decided against building a copy of the Newtowne gun. Will try one similar to this Dutch/German gun.

I started on the lock for the gun.

I've never seen a matchlock except in pictures. How does the thumbscrew work to hold the match? Does it spread the serpent, or does it pull the two sides together?

Side IN towards the barrel is threaded, the outside one has a through hole. Pieces are spread apart - by spring tension.

They are SO FAST firing, faster than percussion arms
... instantaneous to me ...

If you need pictures or details, I have one by Leonard Day, copied from originals, and can help.

Not sure I see how that could work. Seems the outside would need to be threaded and push the other side apart?

By the way, the picture of the inside of the lock is reversed somehow. It will be right handed.

Thread pulls them together to hold the matchcord. Head of the thumb turn bears against the outside non-threaded one.

I enlarged the picture of the original lock to life size and traced the serpentine from the picture.

It looks shorter than many of the originals, but I assume it worked on the one I'm copying.

I plan on using a round, tapered barrel like I saw on another German original. The round barrel will be much easier to shape on my lathe. I have a 46" straight round .75 smoothbore that is 1 1/4" OD. I will leave the breech full size for a few inches, and then taper the rest. The original has a wedding band at the beginning of the tapered part.

Would be nice to see pictures close up of the pan and cover.

Is the pan dovetailed to the barrel?

okawbow said:
Is the pan dovetailed to the barrel?
Click to expand...

I can send pics by email, PM me, as I haven't sourced a replacement for Photo#â‚¬&$bucket yet ...

Who was the Swedish gentleman who built the good looking matchlocks deep in the Swedish forests..

Dutch Schoultz said:
Who was the Swedish gentleman who built the good looking matchlocks deep in the Swedish forests?
Click to expand...

Believe you may be thinking of Magnus Wiberg who is or was building matchlock muskets and snap lock rifles of Swedish patterns. His old site www.musketandrifle.nu/ only leads to modern weapons pics now. Perhaps someone else knows if he's still making copies of some nice guns.

I intend to bring my daily soap opera to a close as it mostly has nothing to do with muzzleloading etc.

I think my problem is no one to talk to. I am, however, posting. I have become aware that there is a shoe heck of a lot of people out there who check the Forum frequently but NEVER post. Several have contacted me off line to ask questions, . Many if them were der hunting this year with varying success and if anything interesting happened we'ed like to hear (read) about it. I was surprised to hear from Europeans who seem to keep an eye on this wonderful source but seldom post. I have had posts and orders from Denmark and London within the last month and Canadians allove the place.

Before the internet I heard from a "Deer Whisperer" which I have mentioned here and a nice gentleman in Ohio who was busy building multiple out houses in preparation for a wedding who was frequently visited big Big FooT (feet?) individuals of both male and female..

I think if more of the Forum's Ghosting members posted we have an even better exchange of stories and ideas.

"I intend to bring my daily soap opera to a close as it mostly has nothing to do with muzzleloading etc."

Dutch, keep on posting, I for one enjoy reading your posts and they also serve to let us know you are alive and well.
C

Dutch Schoultz said:
Who was the Swedish gentleman who built the good looking matchlocks deep in the Swedish forests..

I went over and inspected the Mini and it was messed up inside and the person who towed her into the compound lot said the found heroin in the car. Only a quarter of the tank was used but I have had the Insurance company pick it up and take it to a place where they can clean out what shouldn't be there . , like further dope. . When you like a car that much its like seeing one of your kids all beaten up.

Yes Magnus Wiberg produced a rather heavy looking matchlock that caused lust to rise in my heart.

We must remember, 'A gun is a barrel, all the rest is trimmings."

The one original matchlock which I examined in detail had the match holder arranged so that turning in the thumbscrew opened the jaws. Unscrewing it allowed the jaws to come together. This musket is in the collection of the Royal Ontario Museum in Toronto. Large fishtail butt gun. 48" barrel tapered octagon to round, 1 5/8" at the breech. The taper starting at the breech was quite curved. I had arranged to have the gun removed from the display case so that I could examine and draw it, with the intent of making a reproduction. White cotton glove time. Eventually I returned with my repro, to show the curator who had assisted me. He put on his gloves. Told him not to worry about handling it, I'd been shooting it a few days before. The barrel I made was straight taper, end to end, 1 1/4" across the flats at the breech. I wasn't going to attempt the sweeping taper of the original barrel.

Worked on the barrel the past 2 days. It is .75 caliber, 48" long, and weighs 5#7oz without the breech plug. I turned it from a 1 1/4" o.d. blank.
I also have the breech plug threaded and fitted to the barrel, but still need to saw and file the tang. 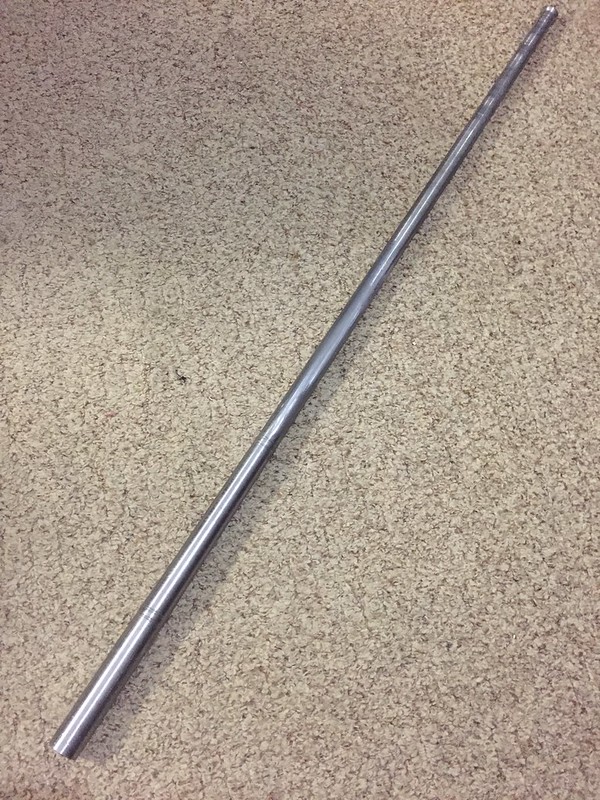 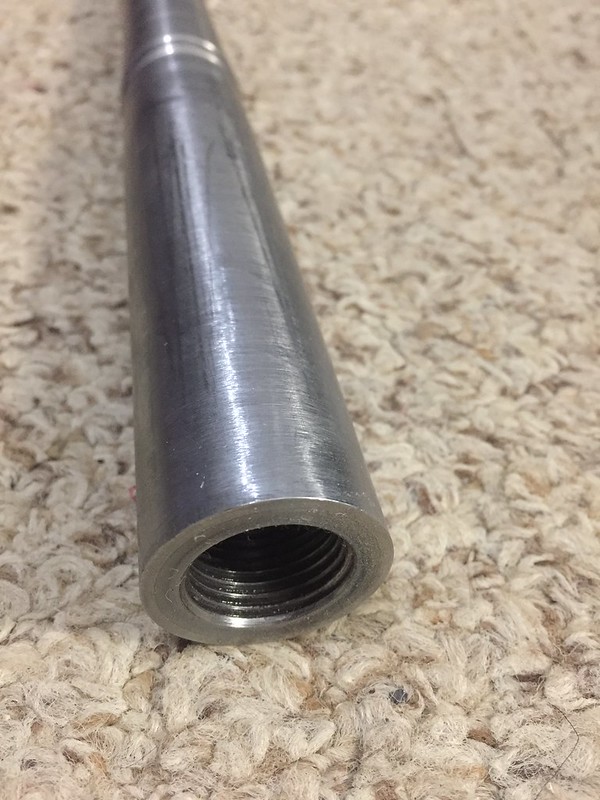 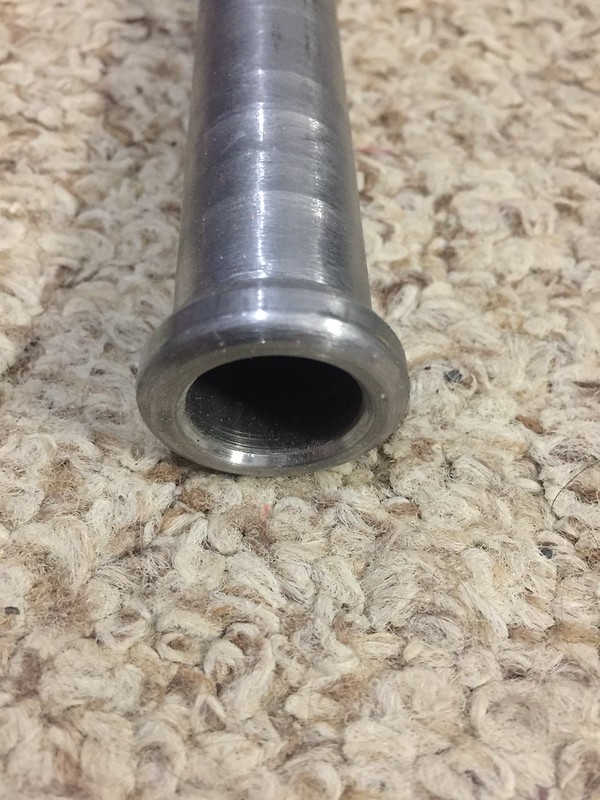 Keep up the good work! Eager to see her final form! :applause: