Rust blued is an awesome finish.

i have a cva mountain rifle barrel hanging and rusting over my wood stove.
after reading about rust bluing in wildrangeringreen's post i may just might do that with it.
though i am fond of browned barrels. this one has been rusting one day 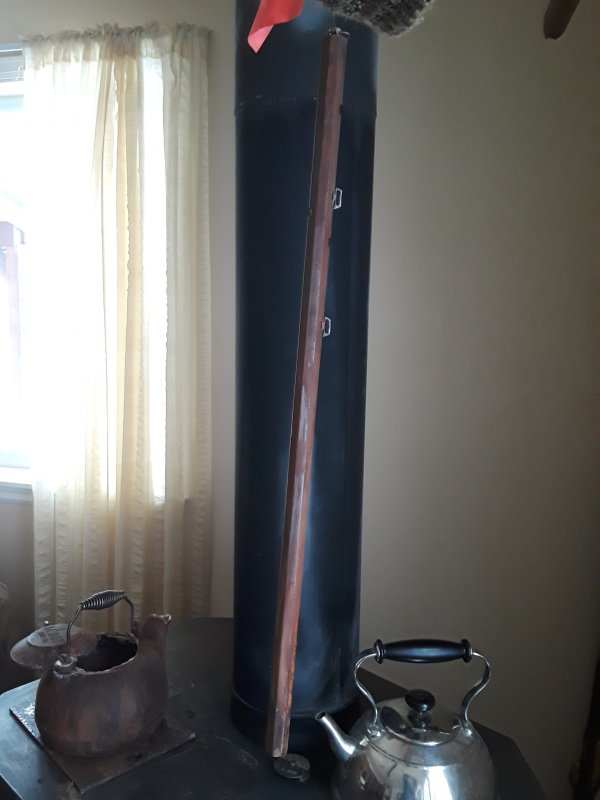 Cold blue looks awful on any gun, especially a traditional muzzleloader. Rust bluing looks tremendously better and is more authentic. I think browning would look best on that gun.

I am very fond of the look of cold blue. And I know a browned barrel is the common preference but I am not a fan.

All my guns are cold blue.

Add me to the Browning camp, 50 years later still look good. Everyone's taste is different though.
B

Deerstalker I think I am going to go the same way. Make sure to post some pictures of how it turns out. I'm still trying to figure out how I can get the wife to let me hang my barrel in the bathroom! I think rust blue will be a nice addition to the herd. 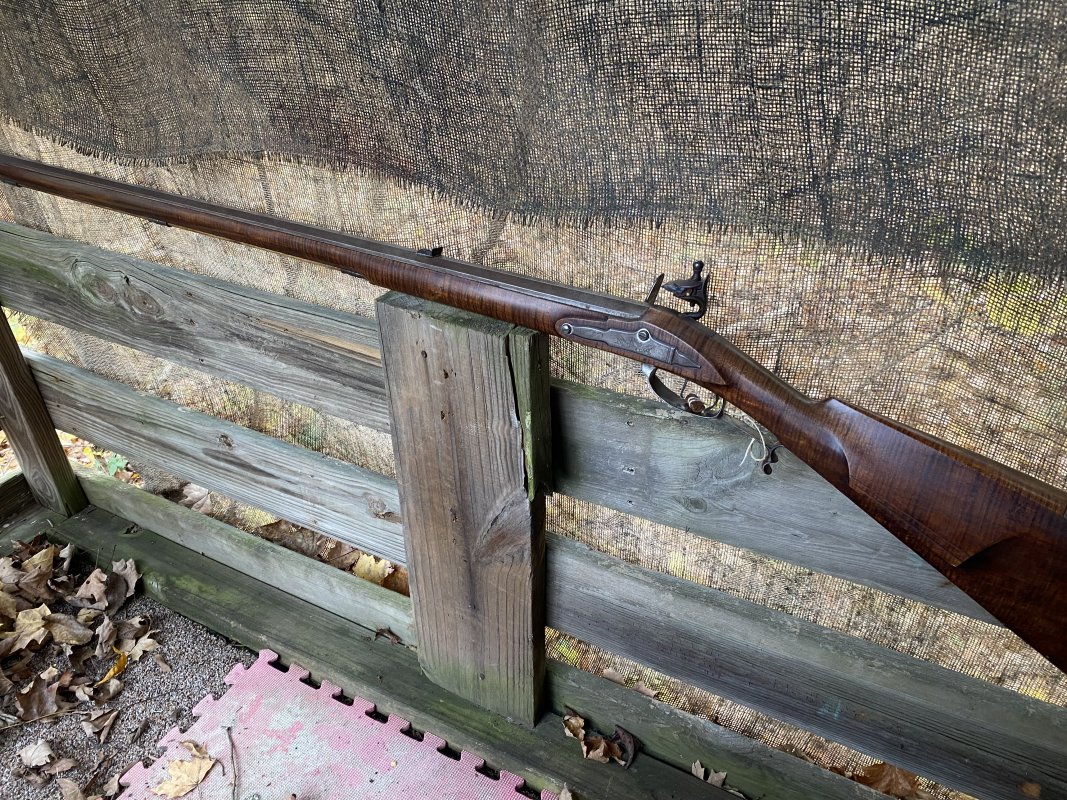 After 10 years of patina “in the white”…
Barricade seems too help darken the patina as well..
I discovered this from getting brown patches when using denatured alcohol too wipe my bore prior too shooting.
The brown patches were not from rust in the bore, just residual, dried Barricade being removed from the bore..

Others mileage may vary…

I have done them all at various times over the last 40 years. In the early years I used plum brown and I do like the results. Later tried acid browns and the sweat box not my favorite. Often rather spotty and required lots of time. The cold blues worked for touch up situations or small parts but never lasts under moderate use on the larger parts. I have heard about builders using vinegar. I have never tried so can’t comment. For the last four builds I am bluing, but using a commercial (Brownells) blue process. It copies the old Belgian blue often used on soldered English dbl barrel shotguns. This process requires meticulous metal prep. Follow up application with the blueing liquid and boiling in water, repeated at lest seven times. Easily done in the home setting, but may require purchase of special equipment if one is not handy. Final results are a deep dark blue black finish. For the French blue I only repeat two times and vigorously rub back to bring down the blue.
You must log in or register to reply here.
Share:
Facebook Twitter Reddit Pinterest Tumblr WhatsApp Email Link