See if they have any interest in their American Heritage as a "person of color" ? Perhaps..., 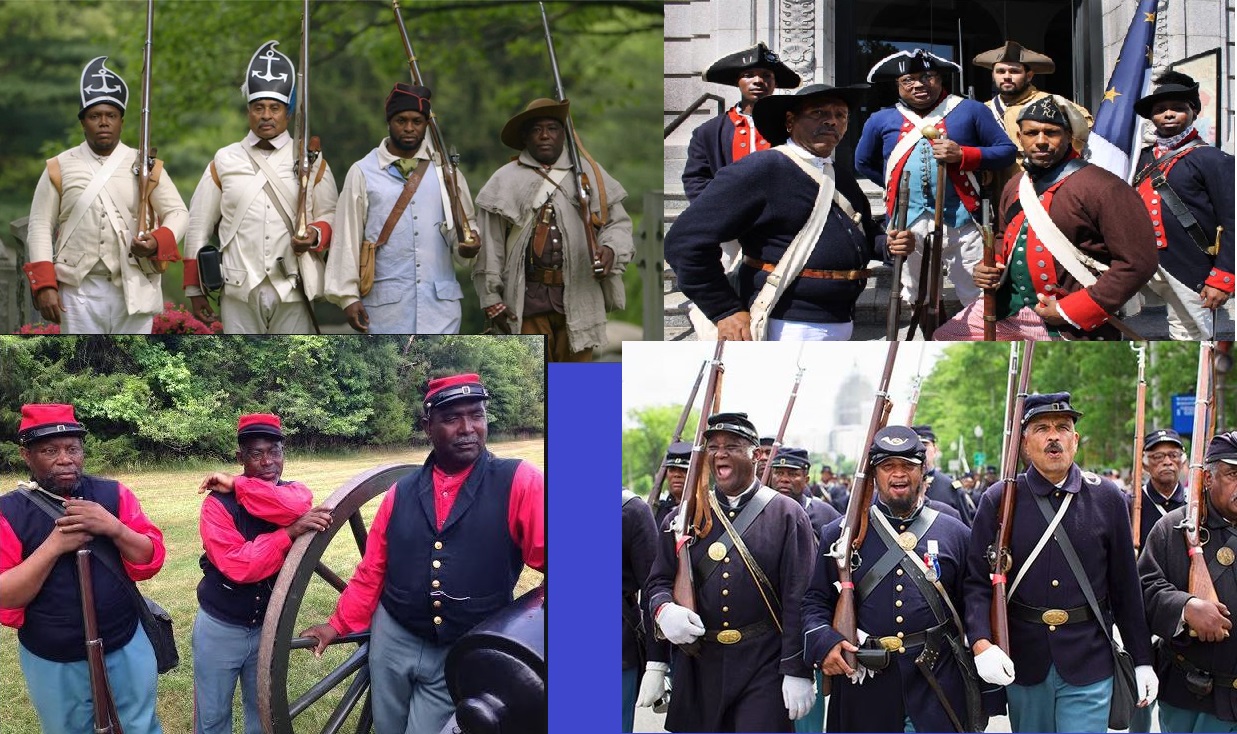 Here is an article that may help a person with an invite to just try black powder, coupled with the fact that they are Americans of African heritage...,

Because of a lack of persons of African heritage in Rev War reenactment, the public sees a version of events that is not as accurate as it should be. Washington had the most integrated army until the 1950's, of any American conflict, but the public does not see nor know that. You don't have to recruit them for reenacting, but an appeal to history might at least get a person out to try the black powder muzzleloader. It was what got me to try muzzleloaders. Granted I don't fall into that particular minority, but to use a phrase "a person of color" may have as much interest in early American history as I do, right?

I think the core issue is how do you get anyone interested in getting into this hobby, or any other hobby you are interested in. It's not easy. You need to start by talking to people and see if you can spike their interest enough to at least try it one time with you.
You think its hard to get people into this hobby, try whitewater rafting. Pretty much everyone I ever asked either thought I was crazy or would go one time and be so scared they never went again.


1950DAVE said:
I really doubt that many people really care about ML shooters race, ethnicity, or even sexual preference ( take that Merriam-Webster)) on this forum. Our interest is black powder and the things and circumstances surrounding it, cultural and historic.. Amen
Dave
Click to expand...

billraby said:
I met a black guy in Scotland. His family had been there for 300 years. Never been to either Africa or America. Would he be an African American? How a about a white guy from Africa that is now an American citizen?
Click to expand...

Why would anybody whose family go back 300 years in Scotland be an 'African-American'? Scotland wasn't even part of the United Kingdom until 1707 with the Act of Union that was promulgated that year. Even today, black people are in a very small minority of ethnicity, with less than 7 in 1000 having some kind of black racial background. The vast majority of black people have arrived in what is now UK since the end of WW2, but there are historical references to black people - always male - from the end of the 15th C onwards.

As an aside - my old pal Piet de Vries, born in South Africa and a US citizen of some thirty years' standing, always refers to himself as Afro-American, just to see the looks on peoples' faces, he being around 6' 5" and a redheaded Boer.

Another aside - we have a number of black people from the Caribbean in our gun club, and undoubtedly a few moslems, too, since they are of Pakistani extraction, and a Hindu's, too. On guest days it can be VERY colourful!
Last edited: Oct 23, 2020
S

Smokey Plainsman said:
Any idea on how to bring in more African Americans to muzzleloading? I have many friends who are in to modern guns but I personally have never seen, or heard of in my entire life, an African American person that is into traditional muzzleloading. I find that a bit odd and am wondering what you all think?

I think it'd be great! The NMLRA had one fellow on staff out in Indiana, can't recall his name, but more involvement would be nice. I always liked the old photos of Civil War Union Black Soldiers armed with the Springfield muskets. I'll bet back after the War they were good shots hunting to feed families with muzzleloading shotguns and re-purposed muskets for deer, etc.
S

I remember the time we were on a camping trip when my oldest grandson was just a baby. We camped near Gettysburg with my sons family. This was probably late 90s. One day a group of probably 30 or 40 buffalo soldiers thundered through the campground on horseback. Everyone stood there and saluted them as they rode by. It was an awesome sight.

Wow. I would've liked to have seen that!


Sidney Smith said:
I remember the time we were on a camping trip when my oldest grandson was just a baby. We camped near Gettysburg with my sons family. This was probably late 90s. One day a group of probably 30 or 40 buffalo soldiers thundered through the campground on horseback. Everyone stood there and saluted them as they rode by. It was an awesome sight.
Click to expand...

rafterob said:
I think the core issue is how do you get anyone interested in getting into this hobby, .....
Click to expand...

I'm part of a growing unit, and we have one African-American lad, so far.
We've found the trick is to let them try the musket with a blank. And also to talk of family outings, etc.

The problem isn't from that point..., the problem is the audience for the reenactments tends to be always ethnic Anglo folks. Sometimes we see Hispanic folks, and often they are "floored" to discover that Spanish forces, with soldiers who were Hispanic and with some Spanish (there is a difference folks), fought on the side of the Continentals. We wish we could get more of the community as a "whole" out to our events....,

Thanks gang! Glad the thread is going well. Great replies, all!

There is another thread about women dressed as men in military settings, and if it should be part of living history
I feel the same way about people with darker skin tones then myself. American history, world history belongs to us all. Our doors should be open to anyone. And if that person wants to put on funny clothes, sleep on the ground, burn dinner over a fire, and shoot stinky short range guns that are a ton of work, bring ‘em on.
And welcome them to what ever part they wish to play.
min the Sci-fi movie Volcano a volcano goes off in down town LA. Tommy Lee Hones saves the day. In the end everyone is covered with ash and soot. A little kid looks at the crowd and says everyone looks the same..... so should it be in our camps.
T

Watch the movie, 'Glory', to see how our black brothers took to fighting. Or 'Redtails' to see how they comported themselves in a later war.

The two best responses to such a question as this are: Morgan Freeman's interview on race, and John Wayne's "Hyphenated American" It's only an issue if people make it one.
C

Loyalist Dave said:
I'm part of a growing unit, and we have one African-American lad, so far.
We've found the trick is to let them try the musket with a blank. And also to talk of family outings, etc.
Click to expand...

I agree with LD. A couple of weeks ago another unit invited me to join them for a Boy Scout event. After a talk, the kids were allowed to come up and fire the weapons. One group was probably about a dozen, with almost half being black. Generally speaking, the black kids were more reluctant to come up. But once they did, they paid more attention to the safety aspect. Each kid was supposed to get one shot with each - Springfield and I was using a Sharps.

I had a bunch of them cycle back through for two and three shots. The ones that were in line for repeats the most? The black kids who were most reluctant. The first time through, they worked the block and cap, but I handled the cartridge. The second time through, I let them do it all.

Getting anyone to try it is the hardest part. I'd be surprised if the host unit doesn't get some members out of it.

The man wants to take a friend shooting and he's been encouraged to do so. I always object to the notion of hyphenated Americans, even in person.
Click to expand...

lol, I thought why before I scrolled down my phone. Thank you.

I’m into most everything shooting related, and generally indifferent to what other folks do, but if they do what I do, or show interest in what I do, we automatically become hyphenated friends.
Last edited: Oct 24, 2020
S

The reason some of these black kids might be hesitant, is probably some anti gun teachers screeching at them about how guns are bad. Oh and how white males are to blame for EVERYTHING.
Last edited by a moderator: Oct 24, 2020
T

my club has several black members & many youth on the shooting teams.
G

Sam squanch said:
The reason some of these black kids might be hesitant, is probably some anti gun teachers screeching at them about how guns are bad. Oh and how white males are to blame for EVERYTHING.
Click to expand...

I think it's more of a growing up around guns. If you don't grow up around guns you are not exposed to them and have different ideas on them.