Any idea on how to bring in more African Americans to muzzleloading? I have many friends who are in to modern guns but I personally have never seen, or heard of in my entire life, an African American person that is into traditional muzzleloading. I find that a bit odd and am wondering what you all think?

First off, there are no hyphenated Americans. There are only Americans who happen to be one color or another.

I am currently working for an American who happens to be black. He says he loves to shoot but has never hunted. I might invite him to shoot blackpowder now that you've mentioned it. He's a super cool guy and we have a lot in common......basically the same life story!

I seem to have gained his trust as he now "defers to my judgment" (his words) when it comes to his landscaping project. Yes, I'll invite him shooting. Only thing is I haven't shot my muzzleloader in 13 years nor any of my flintlocks!
Last edited: Oct 22, 2020
B

I met a black guy in Scotland. His family had been there for 300 years. Never been to either Africa or America. Would he be an African American? How a about a white guy from Africa that is now an American citizen?

I have met several black people that were very interested in traditional muzzleloaders. Instead of worrying about the race of the people at the shooting range, spend some time learning about the role that people of other races played in American history. There is a bit more to it than just the whole slavery thing.
G

Only 1.6 percent of Americans owned slaves, including the owners that were black. Most people were dirt poor during that time and based on my reading of Uncle Tom's Cabin, one would have to be quite a millionaire to afford one in today's money.

My GF is Asian as in foreign national Asian. She will be moving here soon, gaining citizenship, assuming we get the clearance I sent off for. She will be "an American" and not some made up hyphenated word, meant to divide people into groups for political gain. She is interested in all things guns, including muzzleloaders, and I will be taking her shooting and hunting.
B

If there was ever a thread the moderator should end it's this one.
G

The man wants to take a friend shooting and he's been encouraged to do so. I always object to the notion of hyphenated Americans, even in person.
Last edited: Oct 23, 2020
S

Sadly I’m not surprised someone (actually everyone) minus one person was offended. I can’t read minds and coddle to each and every hypersensitive soul out there. You know what I meant! I meant BLACK. Oh wait? Now who does that word offend? They’ll be here any minute for sure.

Mods, please close this thread. It obviously will not go anywhere productive despite my best intentions.

Back to the treacherous job of navigating the minefield of modern existence...
Last edited: Oct 23, 2020
G

Which is the one you felt wasn't offended? I "liked" your original thread-starting comment back when I typed my first reply. I never "like" anything I find offensive. You also "liked" my first reply. Yes I knew you meant "black." I was not confused, but wonder why Americans have to be hyphenated.

*I had a reply all typed out but it assumed you thought I was offended. I don't like to make assumptions.
Last edited: Oct 23, 2020
M

It is a shame that this occurred here. I do have my opinions that may differ from another but I keep my yap closed if the other has not made any offending or disparaging remarks but may be slightly different than mine so be it.

This site is about shooting muzzleloaders and everything that goes with it. This site is not about modern politically correct or incorrect BS.
G

I must admit, when I first read the opening comment, I was a bit confused as to why one would feel the need to focus on any particular race. Good people should try to share the things they enjoy with others, but all others, not focus on one race or another.

Demographically speaking, more blacks should be introduced to the shooting sports.

I think my original advice still holds: if one wants to invite someone along for something, make friends with them first then ask them to go.


I've invited people to "go shooting" or mentioned "I'm going shooting today" and had them assume I meant something murderous! That's why I think it's best to befriend a new person before inviting them to the range.
Last edited: Oct 23, 2020

I think that we are all on the same page here and dont need to get hyper sensitive.

I think we can all agree that we should promote ML shooting to all people that are interested.

My son lives in IL and has brought 4 of this buddies with him this year to our farm (Iowa) on 4 or 5 different weekends this year. These young folks are new to fishing, cooking over a fire and yes shooting ML's. They love coming and learning new things. They love shooting my ML's.

The young lady of Chinese birth wants to do everything herself once I show her.

I love having them come. If these young folks are our future, we will be just fine. They are polite, hard working, smart and generous. They bring all the food and drink. They also do all the cooking and cleaning. 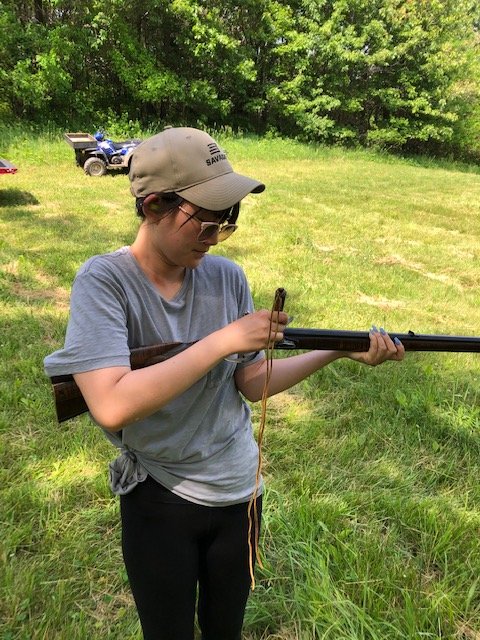 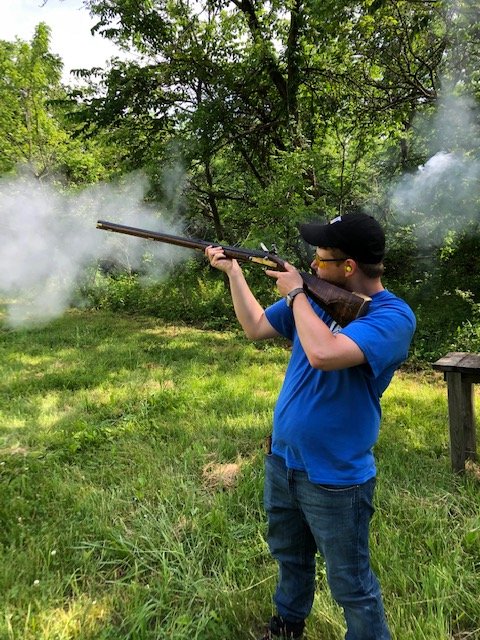 I think we all just need to try to interest whomever we can. My niece's "live in" is black and grew up in the twin cities in a family that does not hunt. He does like to shoot modern guns and last we saw each other a few weeks ago at my daughter's place he expressed interest in hunting (bowhunting in particular). We talked for a long time and made a trip over to my house where he handled my bows and muzzleloaders. We had to get back, so I just told him to call me anytime he was ready and we'd shoot bows and muzzleloaders. If he calls, I'll follow through and show him what he needs to do. If not...well I'm not forcing it...he will have to want to put forth the effort.

This is how I approach anyone that expresses an interest in hunting or shooting traditional weapons. At the range, I've had whites, Hmong, one black guy, young people, old people, men and women shoot my flintlocks. If they are there and express an interest in what I'm shooting, I always offer to let them shoot. As an individual, I figure that's about the best I can do. If there are large clubs near metro areas, they could certainly have an event for people that have never done it before, but I don't think they would want to single out any particular section of the population.

Do any of the National Groups, like the NRA or NMLRA have any campaigns targeted at other than the younger population or women? Those are the two groups I usually see targeted to bring into the shooting sports.
M

Years back when I was stationed in UT we had a person of color that got into it with us. He was a very likable person and made friends easy. I was a little surprised that he would interested in ML shooting but I really shouldn't have been. He bought a incomplete rifle at a pawn shop made do with it until he could get the parts needed and enlisted our help. We were more than happy to help him out and get him started.

i was one of a very few white "big brothers" who mentored young black guys. Heck, maybe i was the only one. One of those "little brothers" is now a US Army Special Forces Major and a serious muzzleloader hunter and shooter. We hunt hogs together when he visits relatives in town.
G

One could start a race-specific ML group but that's itself discriminatory.

I have personally taken black teenagers shooting with parents' permission.

One might get some ML shooters around one's area interested, to function as volunteers, and contact local churches and / or schools. With ML one could go with the historical aspect and always focus on gun safety, advertising those aspects in the pitch.
G

That gets me thinking.......this guy I'm working for does mentoring for local black youth, I might approach him with the idea we are discussing here.

bang said:
If there was ever a thread the moderator should end it's this one.
Click to expand...

Yes. I has gone way-way off track.
G

Looks very back on-track now....have you read the last 7 replies?

You might be surprised to learn there are more people of color at this very forum than you thought.


Smokey Plainsman said:
Any idea on how to bring in more African Americans to muzzleloading? I have many friends who are in to modern guns but I personally have never seen, or heard of in my entire life, an African American person that is into traditional muzzleloading. I find that a bit odd and am wondering what you all think?

jonathan butcher said:
You might be surprised to learn there are more people of color at this very forum than you thought
Click to expand...

I really doubt that many people really care about ML shooters race, ethnicity, or even sexual preference ( take that Merriam-Webster)) on this forum. Our interest is black powder and the things and circumstances surrounding it, cultural and historic.. Amen
Dave