I gotta say, it seems very well made, tight springs, everything is smooth, ser#24xx made in 1963

This one sold recently at a great price.

Here are pictures of mine, and the holster I made for it... 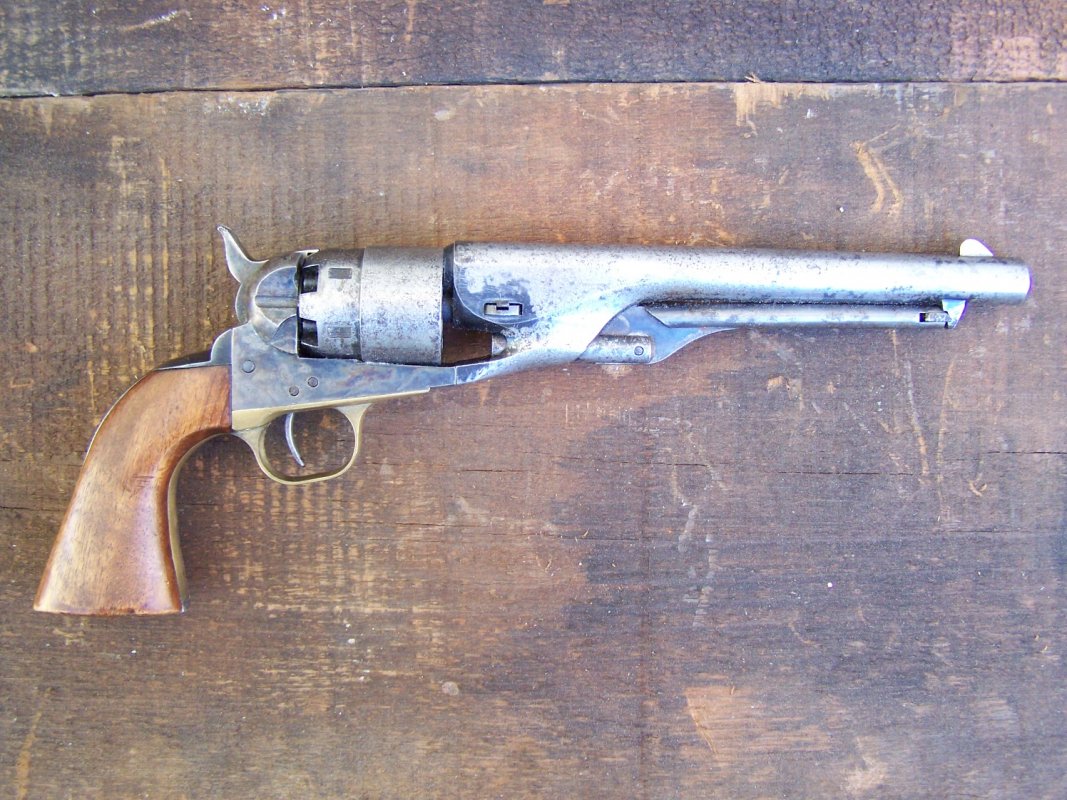 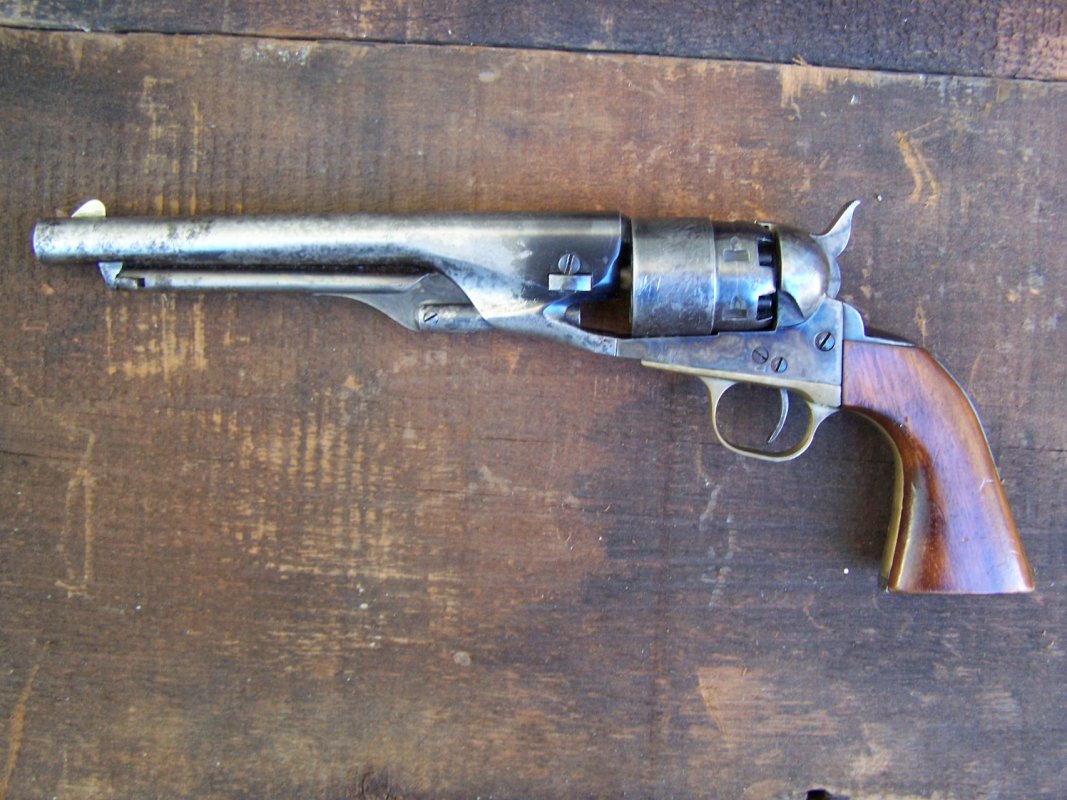 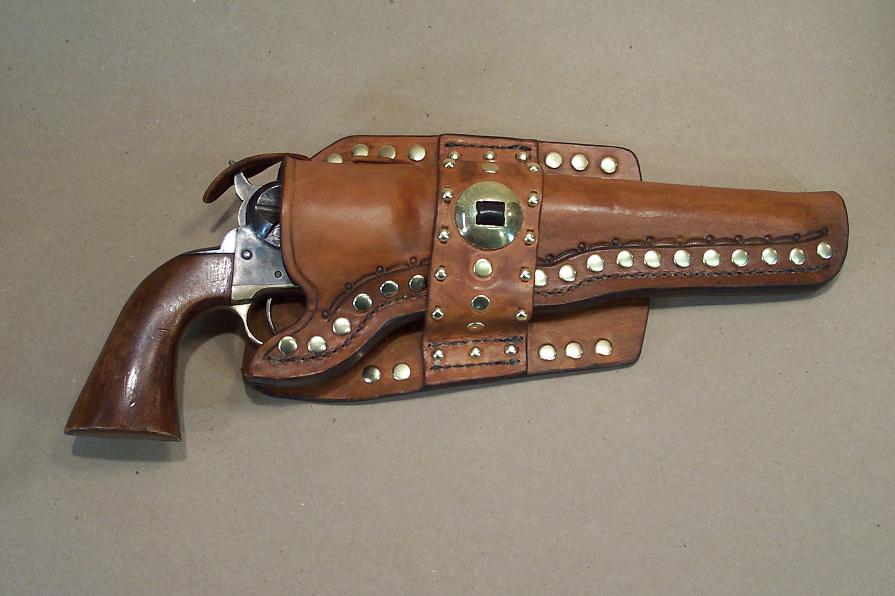 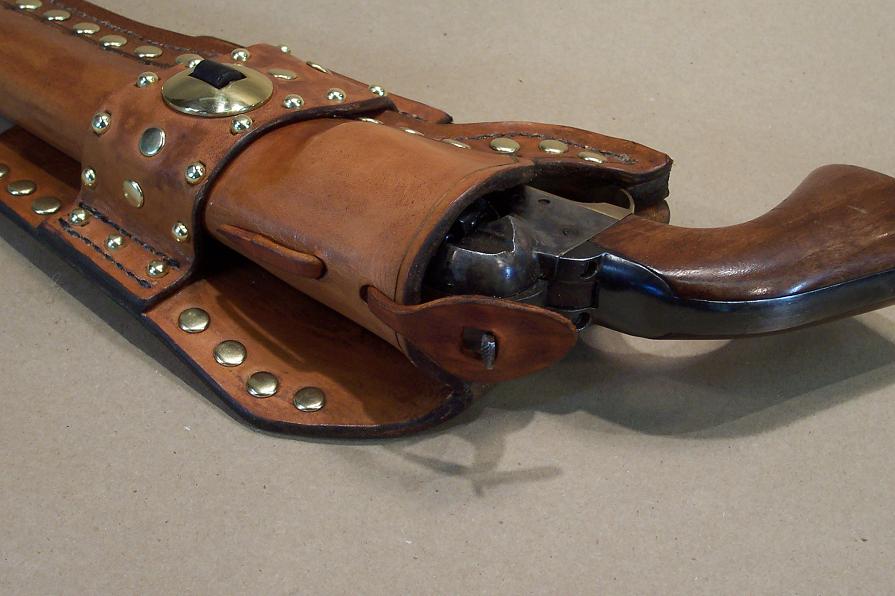 sourdough said:
The company was named Centennial Arms to take advantage of the ACW Centennial, thus the "1960" name.
Click to expand...

When Centennial Arms started making their pistol, there was a great deal of concern among gun collectors that the new guns would be mistaken for original production Colt pistols. I think marking the pistol with "1960" was an attempt to make the new pistols production date obvious.

Zonie said:
When Centennial Arms started making their pistol, there was a great deal of concern among gun collectors that the new guns would be mistaken for original production Colt pistols. I think marking the pistol with "1960" was an attempt to make the new pistols production date obvious.
Click to expand...

Agreed, but also the bottom of the backstrap has the "Belgium" stamp, the Centaur logo stamp where "Colts Patent" would be on the left front side of the frame, the barrel is stamped Centennial (trade mark) Arms, there are Belgian proofmark stamps on the frame and cylinder, and the cylinder rollmark engraving is completely different than that found on a Colt 1860. The screw threads are also different than the originals.

As an aside, when Uberti (1985) and Pietta (1986) produced one-year runs each of the 1862 J.H. Dance & Brothers .36 revolvers, they were both produced with only squareback (not round, as was historical) trigger guards as a caveat to collectors of originals who feared the same. They also had Italian proofmarks on the frames, barrels, and cylinders, as well as Italian datecodes (AN and BH, respectively) and manufacturer logos.

If someone wanted to defarb/antique any of these revolvers so as to fake an original, it would be very difficult to do, especially if the buyer is at all familiar with the real deal. If not familiar with the originals, anyone expecting a landfall deal for cents on the dollar deserves to be parted from their money. 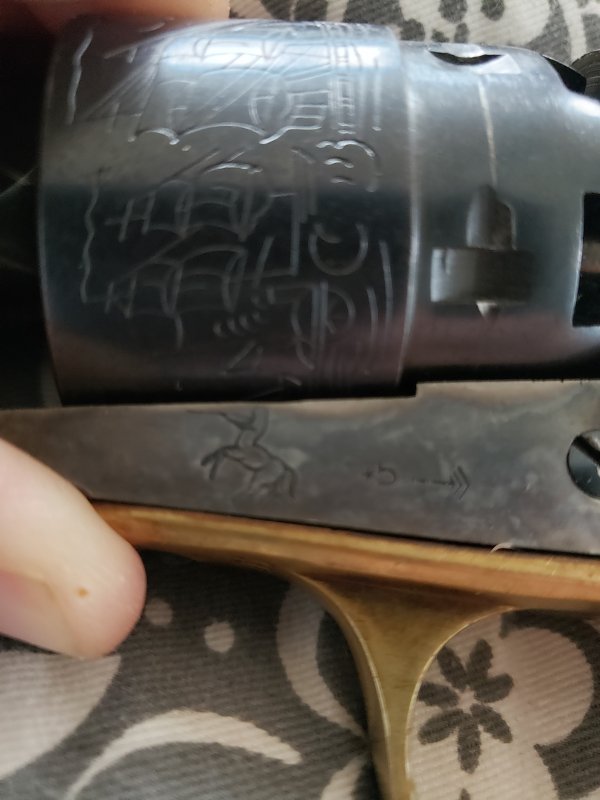 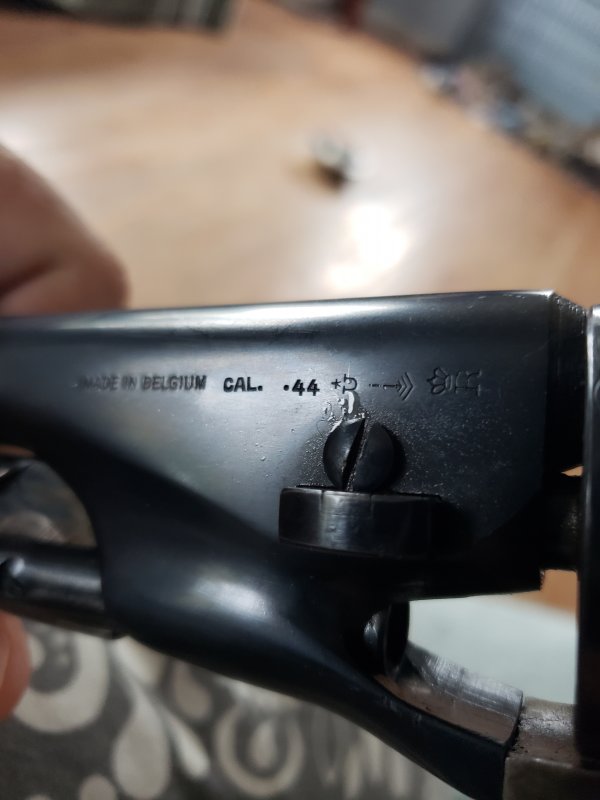 Proof marks I guess...the more I learn about this pistol, the more I like it. Probably gonna keep it

"the reason being is that it is said that they were made on the original machinery and there fore they are the same as the ones made in 1807."

Stonewall Jackson saw to it that no original machinery was left at Harpers Ferry. Everything there from parts to locomotives went south for use by the Confederacy.
F

By any measure, that's one nice revolver.

hawkeye2 said:
Stonewall Jackson saw to it that no original machinery was left at Harpers Ferry. Everything there from parts to locomotives went south for use by the Confederacy.
Click to expand...

That's true but I was referring to toot's post (#18) about the 1807 pistol which is where the quote in my previous post came from.
T

B P Arn said:
The Centaure guns were made on modern machinery of the 1960s, but the contract with Colt was never cancelled, so the Model 1960 can correctly be said to being made under contract with Colt.
Click to expand...

I’ve heard that story told multiple ways. “They’re the closest replica, they’re actually identical,” all the way to “they’re just a replica“... whatever the case, they’re one of the first replicas of the 1860 army revolver, close in some ways to the originals. The quality in my experience is spotty, some really good and I wish I’d never sold it, some ill fitted and ill timed. Actually just like the Italian guns. Because of their relative scarcity they are very collectible and if I find another of the really good ones for a reasonable price I will probably snap it up. It’s going to increase in value, not like the second generation Colts but still worth keeping
T

The Centaure & FROCS website www.1960nma.org has recently been updated and rejuvenated.
What do you pards & pardettes say?
Long Johns Wolf
Last edited by a moderator: Nov 15, 2020