Any info on this blunderbuss?

Hi-
New to this forum. This is the only muzzle loader I own. It seems from what I have read that most blubderbusses were made in Europe. This one is clearly American with an inscribed eagle and a stars and stripes banner. The initials appear to be “PH” on the top line, then below it a mark I can’t make out (letter or not) a space, then “DEOP”.
Thanks for your time and expertise. 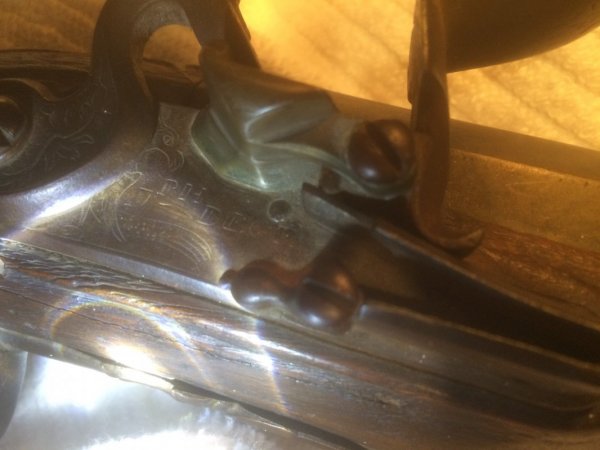 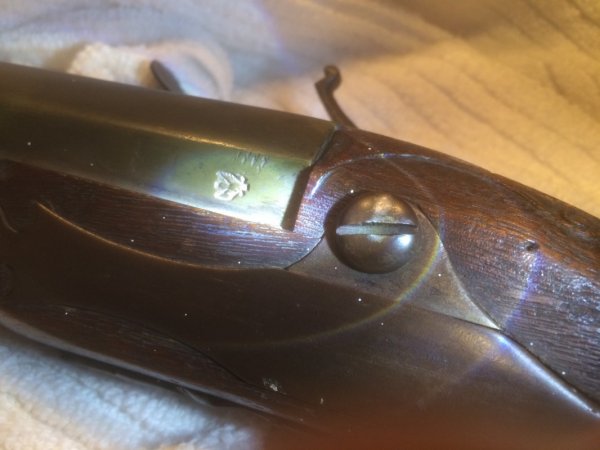 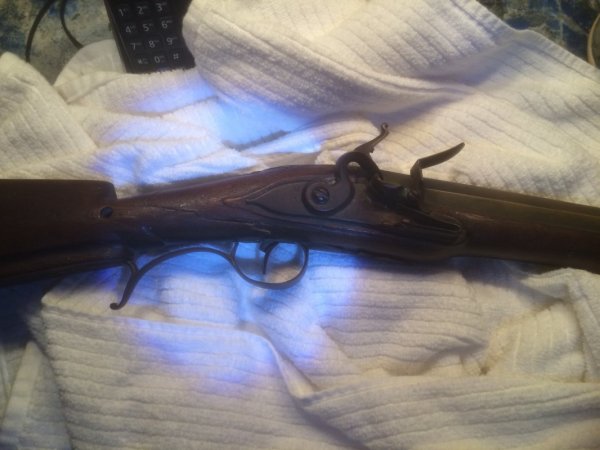 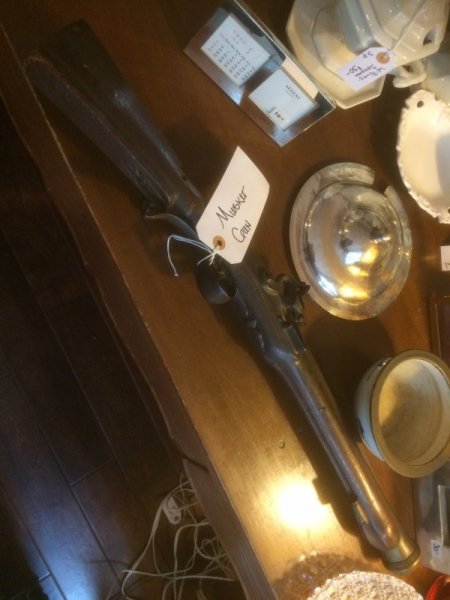 US army did contract for some blunderbuss in the early nineteenth century, as far as I know only a few thousand were made. Several gunmakers were contracted to make them.
I don’t know if that’s one or not.
Most ships carried stands of arms and some costal makers provided guns for them. And F&I revolution and war of 1812 saw extensive use of American ships as privateers. I’m thinking late eighteenth century on this gun (?).
Lastly some guns were restocked with mismatched parts. Unfortunately not all in the old days. By late nineteenth century mismatched guns were assembled as historic pieces for sale to collectors.
R

Can you show better side profile pictures? From “what I see”, the sideplate looks Dutch and they were prolific early builders and exporters of contract arms.
A

Hi Bryan and WELCOME to the forum!!

Yes, please try to post better pictures of the lock so the name can be more readily seen. That is an interesting piece.